Blind dates are bad enough but when your own parents take to the streets and advertise your eternal loneliness on public noticeboards, that’s when things probably start to get really bleak.

In a sort of online dating nightmare come to life, every weekend in Shanghai at the north end of People’s Park, up to a thousand parents gather at the “Marriage Market”, hoping to find a spouse for their adult children.

“Female, born 1981, 1.62 meters tall, bachelor’s degree, project director at a foreign company, monthly salary above RMB 10,000, looking for someone born between 1974 and 1982, bachelor’s degree or above with a sense of responsibility for the family.”

Short and sweet; a piece of paper with a few key details (age and salary) and the requirements for a suitable match is all that’s needed to irreparably embarrass your single child. Taking the art of matchmaking to new levels, aging parents will congregate at the marriage market in search for a potential spouse, often without the consent of their child.

“My daughter doesn’t approve of me coming here — I stole a photo of her to bring to the market,” said one father who regularly visits the market and admits he’s sent his daughter on twelve different blind dates with men he found through the market. Shockingly, so far none of the dates have worked out; apparently a common outcome of the market matchmaking practice.

“If I die with my daughter unmarried, I cannot close my eyes,” said the mother of a 28-year-old daughter, who is a project manager at a foreign company and thinks the fact that her mother comes to the market is “embarrassing”.

Much like in the olden days, parents can meet each other before the prospective couple even does. Sounds like true romance doesn’t it?!

Take a tour of the Marriage Market:

So what do you think … mortifying or kinda sweet?

How to get there: Every Saturday and Sunday afternoon from noon till about 5 p.m. at the north end of People’s Park on the metro Line 1, 2 and 8, People’s Square Station.

Video Source: A Time to Think

Underwater Cities, Floating Islands and Space Elevators: Supercities of the Future
Inside the Paris Brothels of the Belle Époque 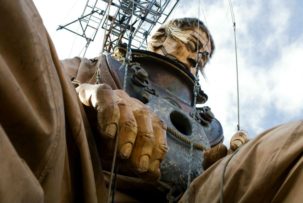