The luxury French resort of a different variety … 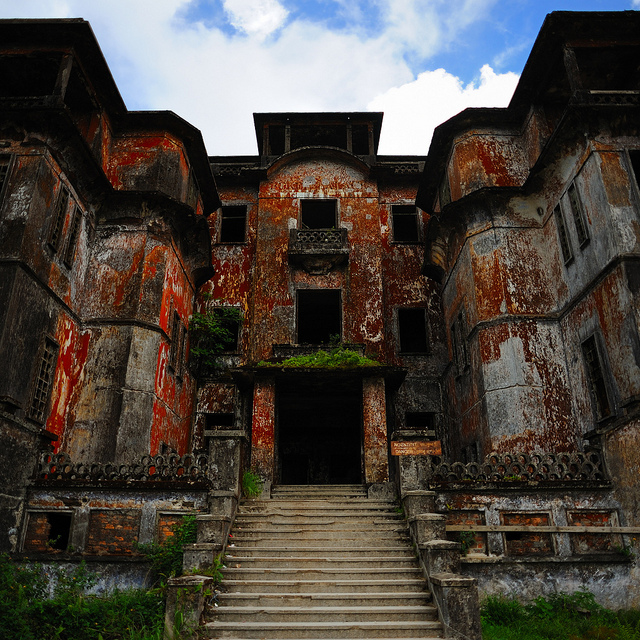 Like a giant tombstone at the top of a hill prevailing over the dense tropical Cambodian jungle, here lies the remains of French colonial history. Yet another testimony to Europe’s once sinister use of imperialist power, Bokor Hill Station still stands to tell the tale.

As the French military swept through Cambodia during the high noon of European imperialism, the sweltering heat and unfamiliar environment began to take its toll on the troops. A solution was needed, and fast. Over a nine month period, nearly a thousand  people, mostly forced Cambodian laborers, died during the construction of a luxury resort town for the French colonists. Bokor Hill Station was completed in 1925 and began welcoming the French and their royal Cambodian puppets into its lavishly decorated hallways and opulent apartments. Away from the heat of the jungle and the squalor of the cities, the town boasted a grand art-deco hotel, casino, a church, a post office and several boutiques. The climate haven continued to be enjoyed by the French ruling class for another fifteen years, largely funded by the heavy taxes they imposed on the Cambodian people. In return for a French “protectorate” over their country, which they didn’t even ask for (their King did), Cambodians were paying the highest taxes per capita among the French colonies in Indochina. French colonial brutalities were included in the package. By the early 1940s, as the First Indochine War broke out, the French had outstayed their welcome and violent uprisings by the anti-French movement for independence, Khmer Issarak, drove the colonists back to Paris, abandoning their luxury resort.

When the brutal conflict ended in 1953 and the country became a constitutional monarchy, the wealthy Cambodians moved back in and the station had a brief renaissance during the 50s and 60s without their imperialist hosts. But the holiday wouldn’t last long. The Khmer Rouge, the communist organization remembered primarily for its policy of social engineering and autogenocide, was to be Bokor Hill Station’s last tenant. 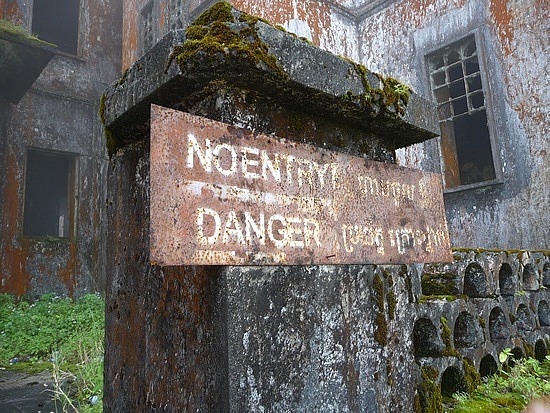 In 1972, the Khmer Rouge had taken over the region, torturing and executing their supposed “enemies”; their own people. Included on the Khmer Rouge target list was anyone with connections to the former government or with foreign governments. Needless to say, the Cambodians residents of Bokor Hill during the 1960s can probably be counted among the 2-3 million people estimated to have perished at the hands of the Khmer Rouge. Bokor Hill Station became a fortress of war. As the cold-war era conflicts in Vietnam, Laos and Cambodia raged on, the grand colonial resort town crumbled into disrepair. It is said the Khmer Rouge was still using Bokor Hill as a secret stronghold up until the early 1990s. 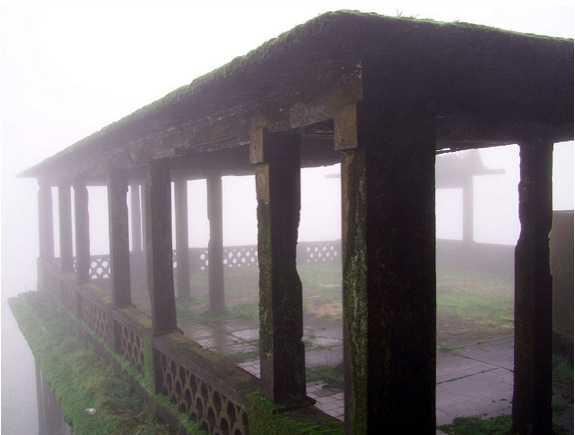 Today, the gutted hilltop centerpiece of the ghost town cuts an eerie figure in the middle of Cambodia’s lush Phnum Bokor National Park. More than forty kilometers from civilization, the only road that still leads to Bokor Hill has been all but obliterated from neglect– a bumpy 3,500 foot uphill ride for off-beat explorers. All the buildings are still standing except for the old post office. Charred and lifeless on the outside, evidence of French interior elegance is still peeling away on the inside. 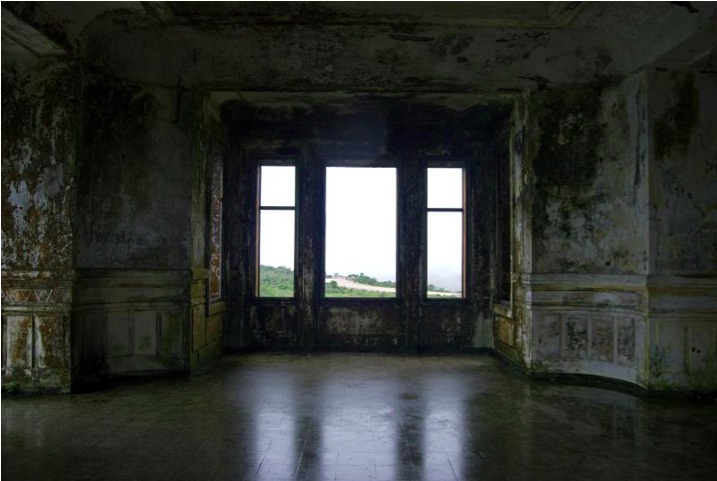 Rumored plans are said to be in place for a private investment group to redevelop Bokor Hill within the next 15 years, complete with a new casino and a golf course above the southern jungles of Cambodia. A ghostly reminder of the country’s dark and devastating history, some argue it should be preserved as a symbol of things that should never be repeated. The future of Bokor Hill remains unclear. If it does once again lure foreigners with a taste for the exotic to its hilltop haven, here’s hoping they’ll arrive with more respect than the invading foreigners it welcomed in 1925. 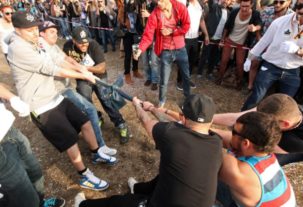