Moving Day! The House that was Sawn in Half and Shipped across the Bay 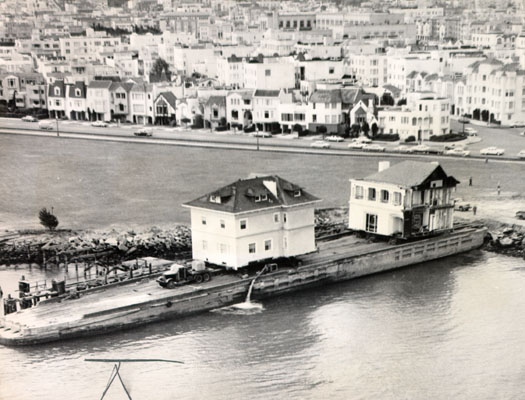 Sawn in half with a chainsaw, wheeled down the streets of San Francisco, stuck on a barge at Marina Green and moved across the bay to Belvedere– it’s safe to say it was no ordinary moving day for the Knowles-Moffitt Mansion on July 3rd, 1962. 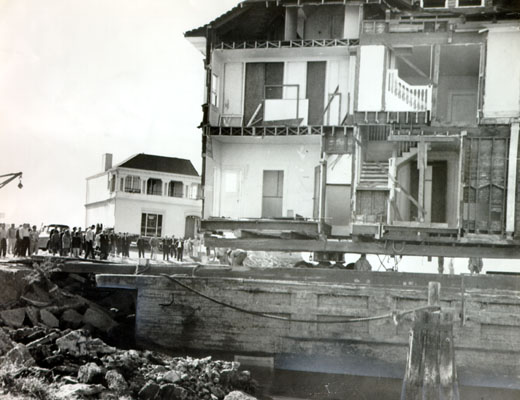 Sawn in half, the Victorian mansion sits on a barge waiting for high tide to cross the bay.

This is the story of a historic house, saved from demolition by a local architect using some rather drastic measures. The Knowles-Moffitt Mansion, built in 1818 by architect William Knowles for Dr. Herbert C. Moffitt, renowned physician and dean of of the University College of San Francisco, was sentenced to the scrapyard in 1962, in favor of a a new apartment building to be erected in its place. Local architect and passionate preservationist, Norman Gilroy wasn’t going to let that happen. 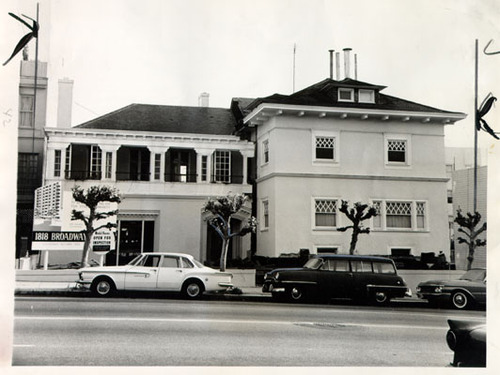 He bought the 15-room home at 1888 Broadway and began hatching a plan that had never been tried or seen before. Nearly six decades after it was built, the 6,000 square foot Moffitt mansion was sawn in half with a chainsaw as neighbours looked on. Then with the help of utility companies and city officials that Mr. Gilroy had convinced to help him, the street’s overhead wires were moved to clear a path, and in what must have been an extraordinary site, the two halves were wheeled down the hill to the marina. 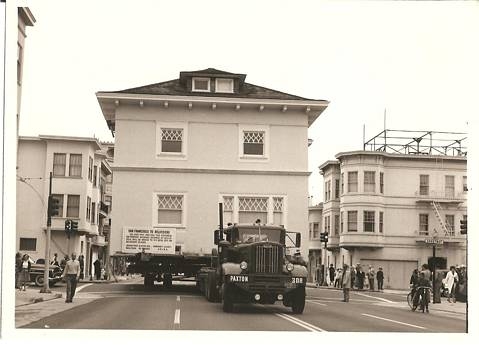 In a fast-developing area of San Francisco, Norman Gilroy succeeded in showing the city that preserving its old buildings was feasible by moving them. Once the house arrived across the bay to number 8 West Shore road in Belvedere, the ambitious architect used the original house plans and detail drawings to put the historic home back together and restore it to its turn-of-the-century glory. In 2009, it went on sale for $5.5 million. 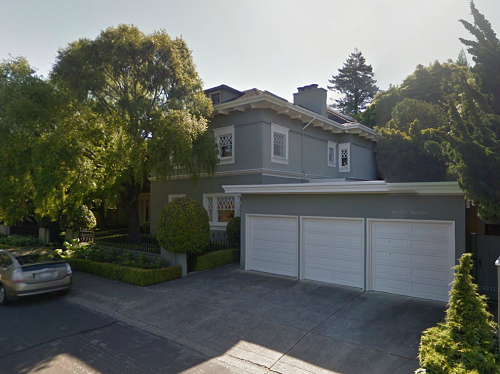 And just in case you were curious, this is what replaced the Moffit mansion at 1888 Broadway… 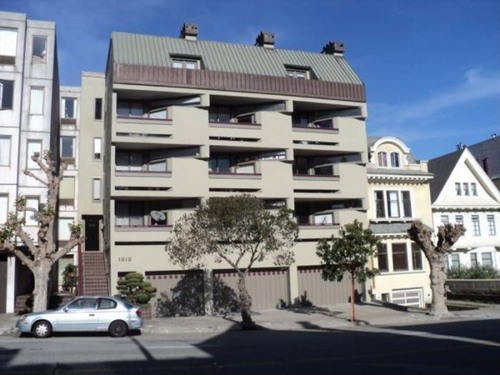 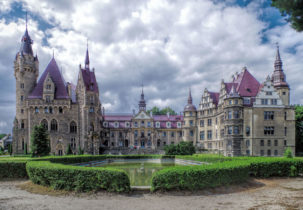