Across the street from the most-visited museum in the world where 30,000 tourists pass through everyday, there’s a 10,000m2 shopping mall dedicated to antiques, where you won’t find a soul. Le Louvre des Antiquaires, as it was inaugurated in 1978, was once a thriving retail centre for 250 luxury boutiques specialising in fine arts, jewellery, sculpture and antique curiosities; the country’s largest covered antiques centre. Neighbours to the Mona Lisa and her daily army of tourists, it was – and still is – prime real estate. But behind its handsome 19th century facade on the Rue de Rivoli, the reality of the “other Louvre” is that today, only one strong-willed shopkeeper is still holding court.

In a dark corner, at the end of a gloomy boarded up corridor in the basement of the mall, out of the 250 boutiques that once animated the Louvre des Antiquaires, Martine Mougin-Berthet’s jewellery shop is the last business still open. Despite the sign on her door saying the shop is “open”, it would appear that on some days, even Madame Martine doesn’t think it’s worth showing up for work. Then again, she hasn’t been paying rent for 8 years.

Speaking with the very sleepy security guard on duty upstairs, we learn that Martine was one of the first tenants here 42 years ago, and for better or worse, she’s the only reason he’s still employed to play “mall cop” at the eerily empty complex.

The closures began in the early 2000s, when the company that owned the building decided they might turn a better profit if they rented the prestigious commercial space out to bigger brands, rather than independent antique dealers. With a plan to turn the antiques haven into a shiny new fashion mall by 2018, they started successfully luring antique dealers out of their boutiques and in 2012, Martine watched as the last 100 merchants cleared out of the building, leaving her and just a handful of merchants to fend for themselves in a dying mall.

That’s when she stopped paying rent. Half the centre was plunged into darkness and security guards stopped showing up. In 2015, she was the victim of an armed robbery and a burglary in two separate incidents that cleared out her inventory. Still, Martine persevered, vowing not to give up, even when her only other companion closed up shop this summer, leaving her as the last merchant standing.

Every commercial is neatly boarded up while the first floor has been completely walled in. The handsome front entrance is decently-maintained, looking like the lobby of an old luxury hotel. It’s all that remains of the Grands Magasins du Louvre, a 19th century department store stood here for over a century even before the antiques dealers came along. During the war, an English plane crashed onto the roof of the building, destroying almost everything except the facades.

Martine’s boutique is hiding at the back of the forlorn corridors built in the 1970s, which aren’t exactly worthy of preservationist intervention, but the loss of an entire community of independent antique merchants in the heart of Paris is undoubtedly a loss worth mourning, and a disappointing sign of the times.

The plans for a fashion mall were recently abandoned and the project has been taken over by the Cartier Foundation, who are going to try their hand at making something of the space – that is, if they can reach a deal with the ghost mall’s last resident. The Foundation has rumoured plans for a museum, artist studios, cinemas and theatres, but Martine plans to hold on for as long as she can, arguing that she has to be properly compensated for an unwanted eviction from a prestigious and exceptional that she will in all likelihood, never be able to find anywhere else.

If you’re curious to meet the city’s most courageous and stubborn shopkeeper, the lone tenant of the Paris ghost mall is still open for business, Tuesday-Sunday 11am-7pm – but then again, when you’re the only business left in the mall, you can probably keep whatever hours you feel like. We’ll keep you updated on the story’s developments. 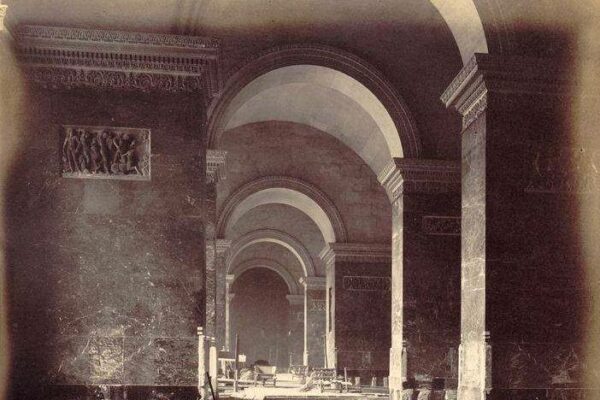 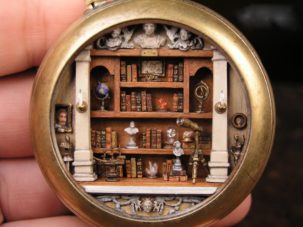 13 Things I Found on the Internet Today (Vol. CCLXIX)