Lions and Tigers and Bears, oh my! The Daredevil Petting Zoo So think of the biggest and baddest predators in the animal kingdom, the most powerful carnivores in the food chain, and those are the guys you’ll be getting up close and personal with at the Lujan petting zoo in Argentina.

Just outside Buenos Aires, a controversial zoo allows visitors past the iron bars that normally separates man from being lunch, and allows them to pet, hand-feed and even climb on the backs of the animals. 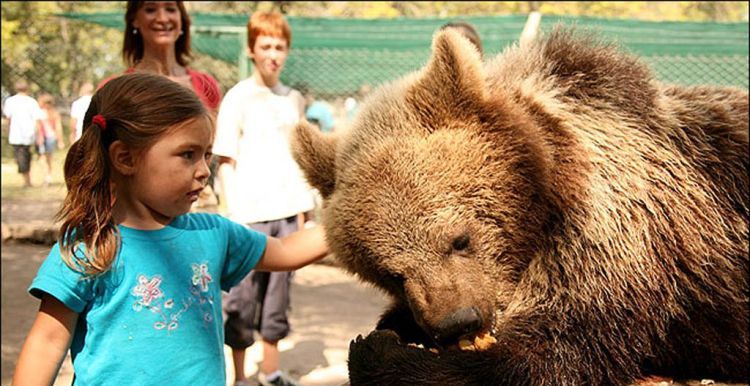 Amazingly, visitors are not required to sign any waivers before entering the animal cages and even small children are allowed in too. Wondering how many accidents they’ve had? Not a single one since the zoo opened in 1994.

Zoo director Jorge Semino says the secret to the zoo’s success lies in the way they raise the animals. Constantly interacting with humans from a young age, trainers use vocal commands and also the help of dogs and lead by example and show the big cats how to interact gently and obediently with humans. The female cats are giving special attention after giving birth to new cubs and the trainers immediately start working on eradicating violent instincts associated with food competition by monitoring nursing time and ensuring the cubs have equal access to their mother’s milk. Lujan has been at the centre of controversy since it’s opening, with many people accusing the Argentinian zoo of sedating the animals to ensure they’re not dangerous to visitors. Lujan representatives fiercely deny this, saying it would be impossible to constantly drug the animals because they would soon become sick and die. “They learn to live with other species and lose the aggressive drives which are primarily related to the competition for food.” Animals at Lujan are fed constantly to keep them satiated and prevent them from even thinking of visitors as food,” says Juan José Bianchini, a biologist who works with the animals at Lujan.

This video is in Spanish but there’s some pretty incredible footage to be seen:

The Born Free Foundation, an international animal rights group, has called for an investigation into the zoo. One of their online petitions said, “No one wants to see animals forced to behave in ways which are abnormal and degrading to them, and no one wants to see Luján Zoo (or any zoo) putting its visitors at risk.”

There are people who are convinced the animals are on drugs, people who think they shouldn’t be kept in captivity and people who see animals that are being treated better than most zoos around the world.

What’s your view on the Lujan zoo? A little too hairy?

Images via here and here 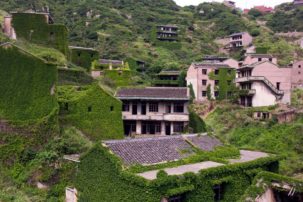 13 Things I Found on the Internet Today CCLXXXIII)