It was sold it as a social experiment. A fly-on-the-wall view of a family’s life under the sun in the picturesque town of Santa Barbara, California. When An American Family premiered on US television in 1973, its subject – the Loud family – sparked America’s great love affair with reality television. Yet, it was charged with a different energy than that of today’s reality tv formulas, wherein MTV’s Real World and Bravo’s Keeping Up with the Kardashians reign. “We didn’t have a script,” says Delilah Loud, the second-to-youngest child of the Loud family, when we ring her in Los Angeles to discuss the show’s legacy. “We were just going along with what our lives were. We didn’t think it was going to be as big as it got to be.” She pauses. “There was a lot of naiveté.”

The word naiveté comes often as we chat. But so does talk of sincerity. There was no script, no lawyers, none of “the people who are there to protect you,” as Delilah says, on-set. “We just weren’t sure what it would be. They said they’d film us for a few weeks – and then those weeks turned into seven months.” Almost half a century later, An American Family has emerged as the accidental time capsule we never knew we needed: a slice of a lost California, and of a country in transition. It’s a glimpse into the first conversations around topics like divorce and homosexuality that didn’t just live in hypotheticals and magazine exposés. They played out in the hearth of the American home.

It was the golden era of the middle class, honeyed all the more by a Southern California setting. “My wonder years,” Delilah says about Santa Barbara, “It was beautiful. And there was enough integration from the metropolis of nearby Los Angeles to make it interesting.” It was, and remains, a self-soothing bubble; a place where one expects to have the beach at ones doorstep, and a pool in the backyard. The Louds weren’t rich, but they were hip – and they were there.

The family cast was billed as: Bill and Pat Loud and their five teenage children. “All two years apart, three boys, and two girls,” says Delilah, “back-to-back 1950s kids, ‘cause that’s what one did post-WWII.”

Bill Loud, who passed away last year at 97-years-old, was a fascinating archetype for what we’ll call the “American Man in Progress”. He touted traditional values, but headed a pretty liberal household.

Pat Loud remains a true force of nature. In 2013, The New York Times ran a profile on her in conversation with prominent reality TV star, Carole Radziwill (the daughter-in-law of Jackie O’s naughty kid sister). She was as eloquent and elegant as ever – the original Real Housewife. “My mom is very resilient,” says Delilah, “She’s 93-years-old, but she still holds her own.”

The magnetic energy of the eldest son, the late Lance Loud, would transform him into an icon of LGBT culture and New York’s CBGB scene as the frontman for the band, “The Mumps”. The rest of the teens – Kevin, Grant, Delilah, and Michele – sparkled in their own right, but always a little brighter when in orbit of one another. You fell in love with the family dynamic.

“People say, ‘Wow, he was the first gay icon to come out on television,’” says Delilah about the media’s obsession with Lance in particular at the time, “but he never planned to come out on television. Lance was just being who Lance was, which was an amazing, larger-than-life personality.” One of the best moments in the series occurs when Pat stays at Lance’s apartment building: the Hotel Chelsea. “Not that I think she knew what she was getting into,” Delilah laughs, “But she sure did love her first born son. She would’ve followed him to the moon. There’s no doubt about that.”

And what a treat for us, to poke inside a bohemian-era Chelsea. In fact, if you daydream in shades of nineteen-seventy-something, the show is a sensory treat; the lack of makeup crews, proper lighting and staged angles makes for a gauzy, tender viewing experience. Sun-bleached cowlicks, shag haircuts and bell bottoms abound. We watch Grant’s band play a pep rally, and Delilah flirt with her boyfriend, in a perfectly groovy dress.

But this wasn’t the-Brady-Bunch-goes-to-the-beach. The Louds were unscripted, undirected, and uncompensated. Not that the lack of compensation irked them; they thought they’d signed up for something that would make a fun film scrapbook at best. But eventually, tensions arose between crew members about overstepping the family’s boundaries. “The divorce scene was not supposed to happen,” Delilah says about one of the harder moments of the show, where Pat coolly asks Bill to leave. “Grant was supposed to take dad straight to a hotel room, but then dad wanted to come home, and Grant felt awkward and the camera crew was in the back of the car – and he didn’t know what to expect. Mom did not want to film that. It was a breaking point. But the producer, Craig [Gilbert], really wanted to film it.”

Ah, Craig. Depending on who you ask, he’s the antagonist in this whole saga. Perhaps not for Americans at the time, but certainly from certain vantage points today, and certainly in HBO’s 2011 movie about the making of the show, Cinema Vérité, where Pat (played wonderfully by Diane Lane) often stands her ground against Craig (interpreted by the great James Gandolfini). Craig’s crew racked up 300 hours of footage in his quest to create a full-circle family drama. Call it candid, cruel, or a streak of director’s gusto, but we’re still feeling the cultural repercussions of his decision to keep the cameras rolling.

Initially, Craig wanted the Louds to be one of many families highlighted in a series. “He got a grant from PBS and started interviewing I think 40 or 50 different families,” says Delilah, “starting in the Northwest, and moved his way down the coast.” Ultimately, the Louds proved to be a content goldmine. “When the press kit came out for us, that’s when we knew we were in trouble,” says Delilah, “We were minimised into these caricatures.”

Yet, to his credit, Craig openly broaches these tensions in the show’s introduction. “There’s no question our camera crews had an effect on the Louds,” he says, “It is equally true that the Louds had an effect on us.” Today, Delilah says it’s mostly water under the bridge. “I can’t speak for everyone in the family. Everyone has a different experience.” Grant, for example, politely declined to comment. “[He] has a very strong opinion about the past,” says Delilah, “about our documentary versus reality television. I think we’re all rather stunned that people would do a reality show in this way today, only because we had such a different experience.” It was rookie hour, but that’s what made it real. The Louds weren’t picked because they were ‘special.’ They were picked because, in the words of Craig Gilbert, “they [were] neither average, nor typical” in the way we all are. Yet here they were, fabulously detonating the myth of the Nuclear Family, and coming out all the better for it.

So where are Delilah’s siblings today? “Grant was in the acting world, and has now been a producer at Jeopardy for over 20 years,” she says, “I was in the television and advertising business for over 35 years. Michelle’s been in fashion, Kevin’s been in finance, so everyone has gone on to be successful in their own right.” Lance passed away with HIV in 2001, but his legacy as a columnist and new wave performer live on. “As Lance eloquently said, ‘We’re loud and we’re proud.’ We’re very, very proud of who we are. When the day is done, nobody can take away our love and our family connection. They can give you a good hit, but they can’t take that away.”

You can watch previews of An American Family here. Also, check out Pat Loud’s book, Lance Out Loud, which pays beautiful homage to Lance’s life through special photos, essays from each family member, and more. 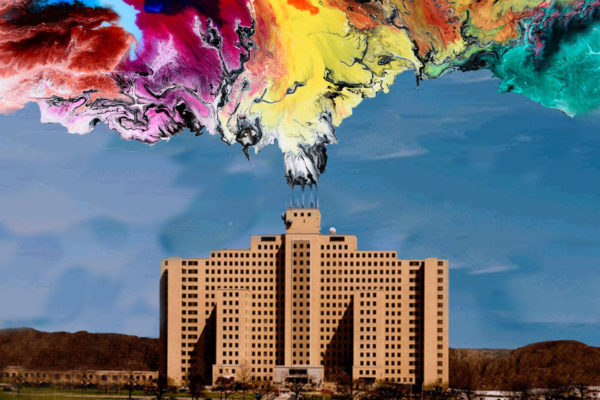 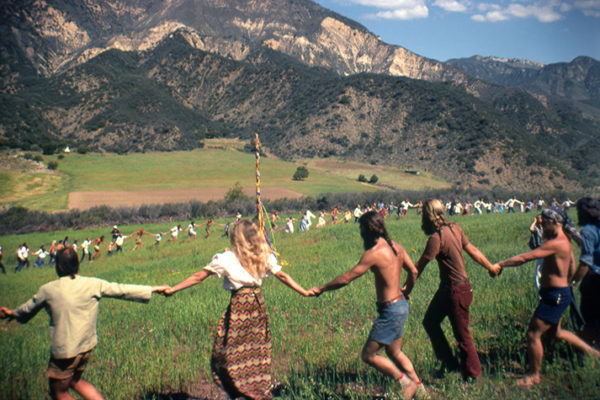 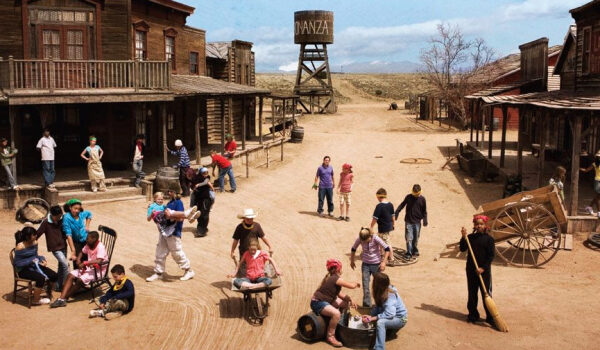 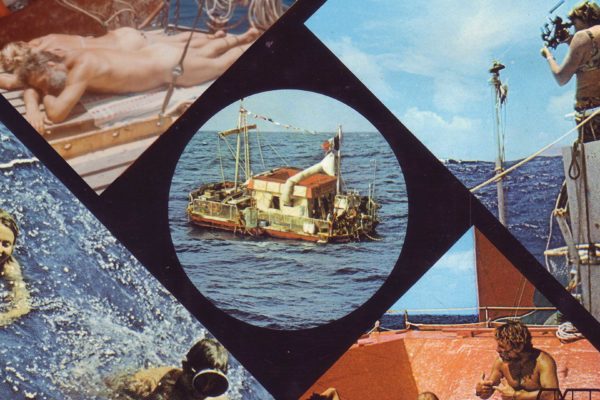 The Last Palace of the Champs Elysées: A Courtesan’s Secret Alcazar
The Oldest Dutch House in NYC Is Just as Enchanting as It Was 300 Years Ago 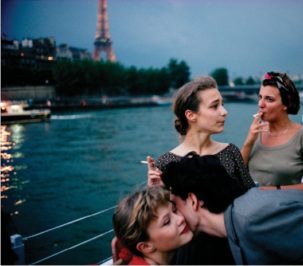 The Rambling Notes of an Expat at a Parisian House Party