The Honey Hunters of the Himalayas 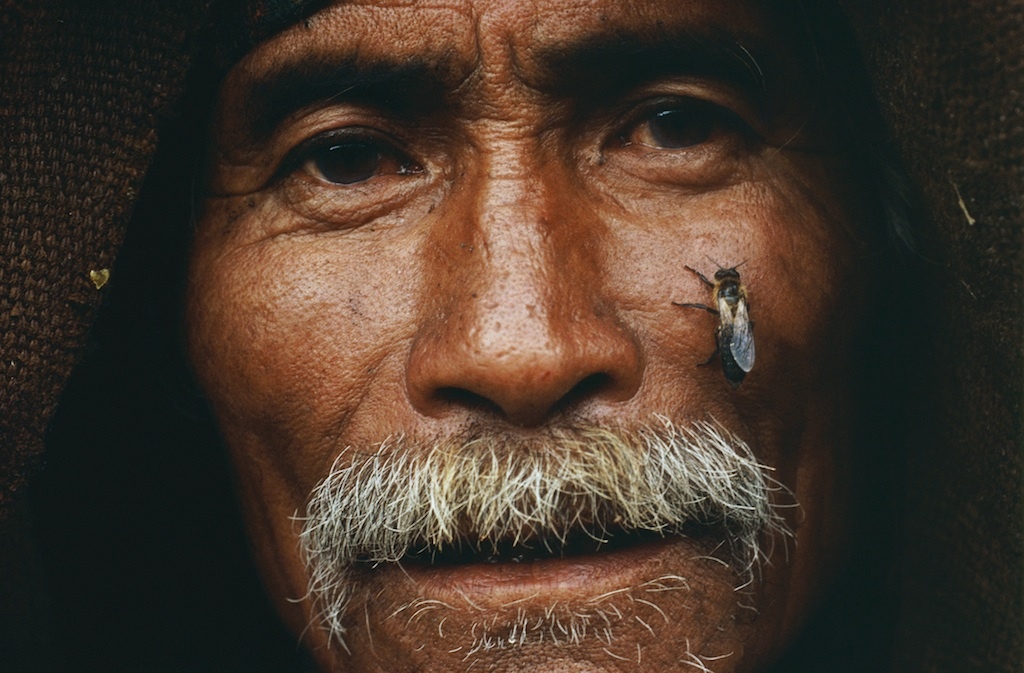 Monday mornings at the office won’t seem as treacherous once you see where the Gurung men of the himalayas head to work.  Hunting for honey high in the himalayas foothills, men older than most people claiming retirement risk their lives to harvest the nests of indigenous honeybees. 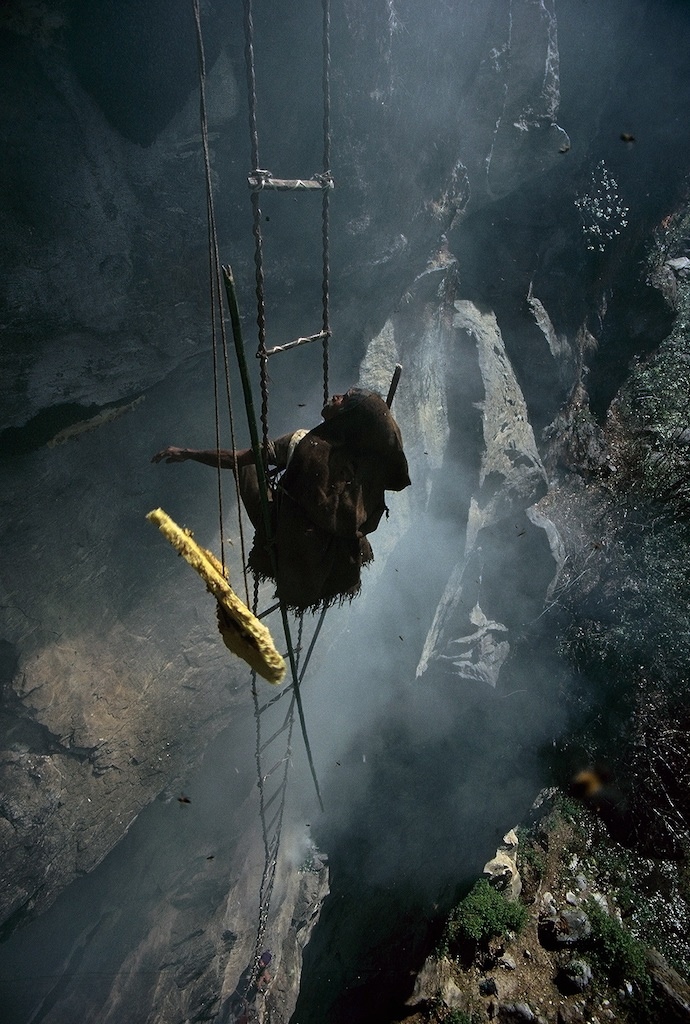 For this incredible photostory, I’ve come back to French photographer Eric Valli, whose work I previously showed you in Extreme Living: Going Caveman in America. Despite having a client roster that includes fashion powerhouses such as Hermès and Louis Vuitton, Valli is still committed to bringing us images from some of the most obscure corners of the world; lost in time.

Honey Hunters is one of Eric’s earliest prize-winning stories, awarded first prize at the World Press in 1987. Over twenty years later, the images are no less powerful and relevant in reminding us of a world unknown outside our own. 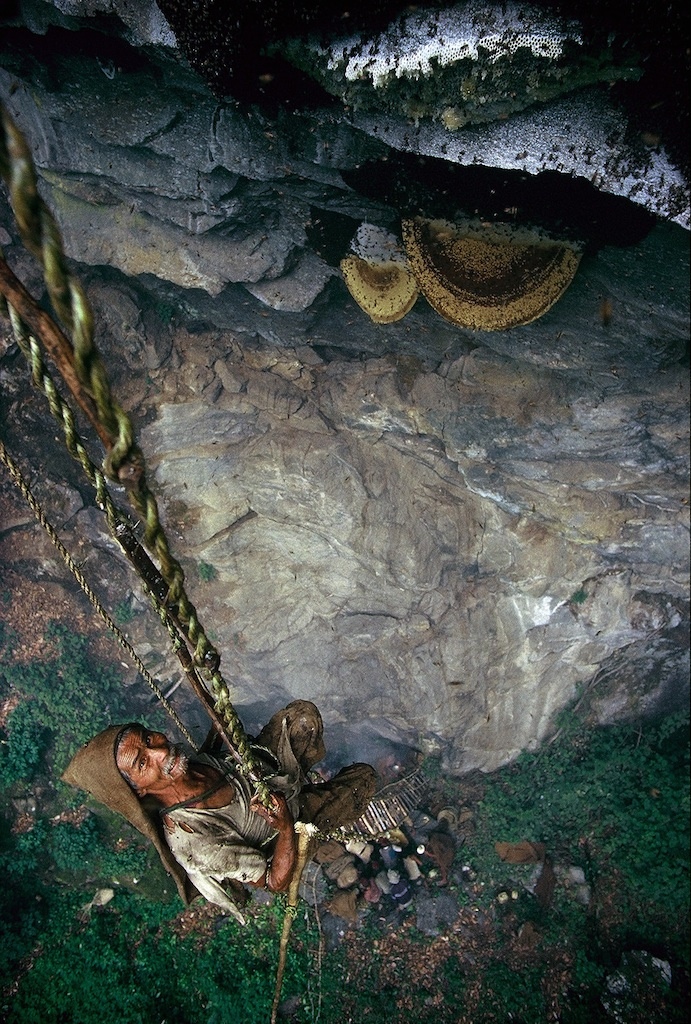 The ancient art of honey hunting is as spiritual as it is technical, but perhaps you are wondering first and foremost how on earth these men manage to collect honey off the side of a cliff.

Most of the tools and equipment used in the honey hunting evolved locally and is made of local materials like mountain bamboo and bamboo-based fiber materials (no aluminum carabiners here). 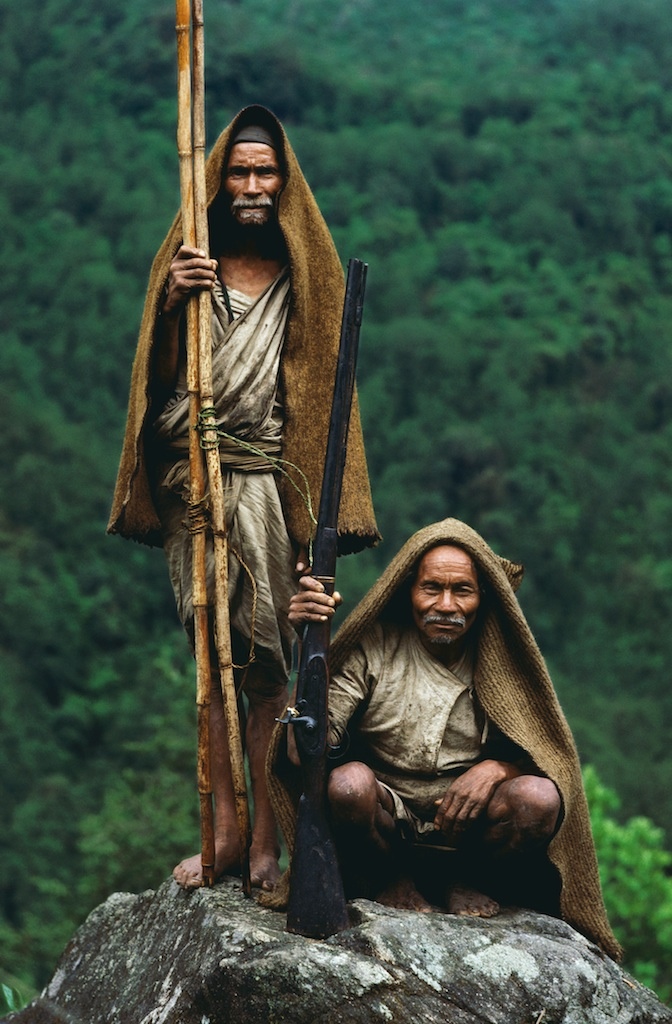 At the base of the rock a fire is made from wood and foliage, so that the smoke rise to disperse the bees upwards leaving. A ladder is suspended from the top of the cliff, tightly secured to trees at both upper and lower ends. The honey hunter is fastened to the ladder by a rope and descends the rope ladder while others at the top of the cliff make sure that he is held securely. Two to three persons are involved, responsible for checking, raising and lowering the rope to send items down from above and pull items up from the floor. 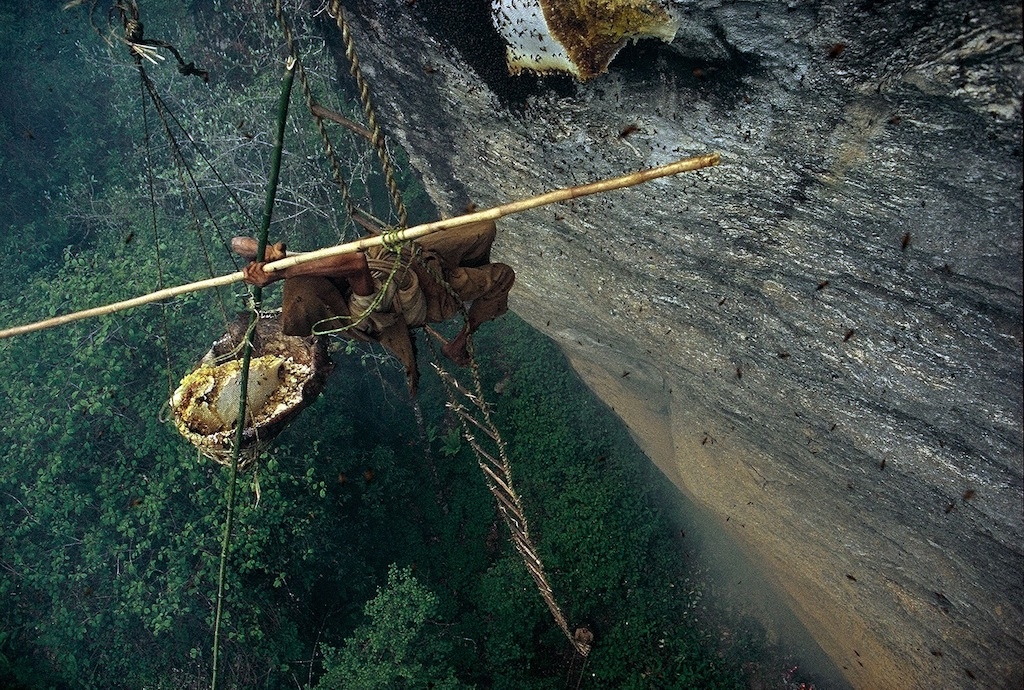 When the honey hunter gets near the nest to be harvested, he uses a long stick to balance the collecting basket exactly under the comb. The honey hunter uses a bamboo stick to pierce a hole in the brood comb area of the colony to be harvested, all the while fighting off angry territorial bees. Wooden or iron sickles fixed to the bamboo stick are used to cut the honeycombs. The basket is guided to catch the chunks of honey as they drop down. It can take 2-3 hours or more just to harvest one of the many colonies. 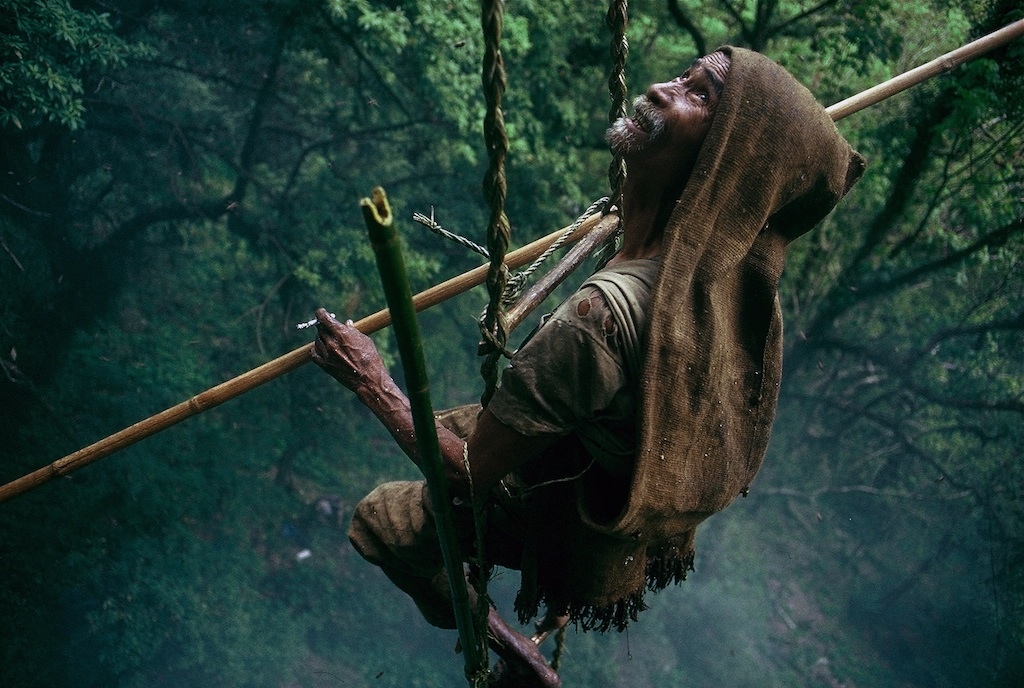 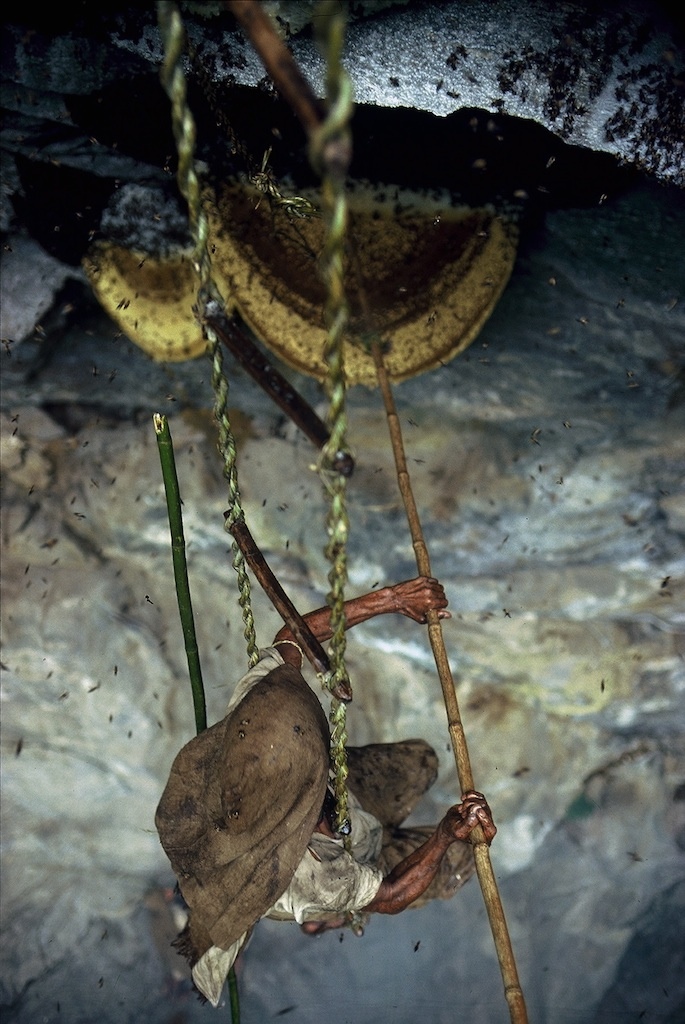 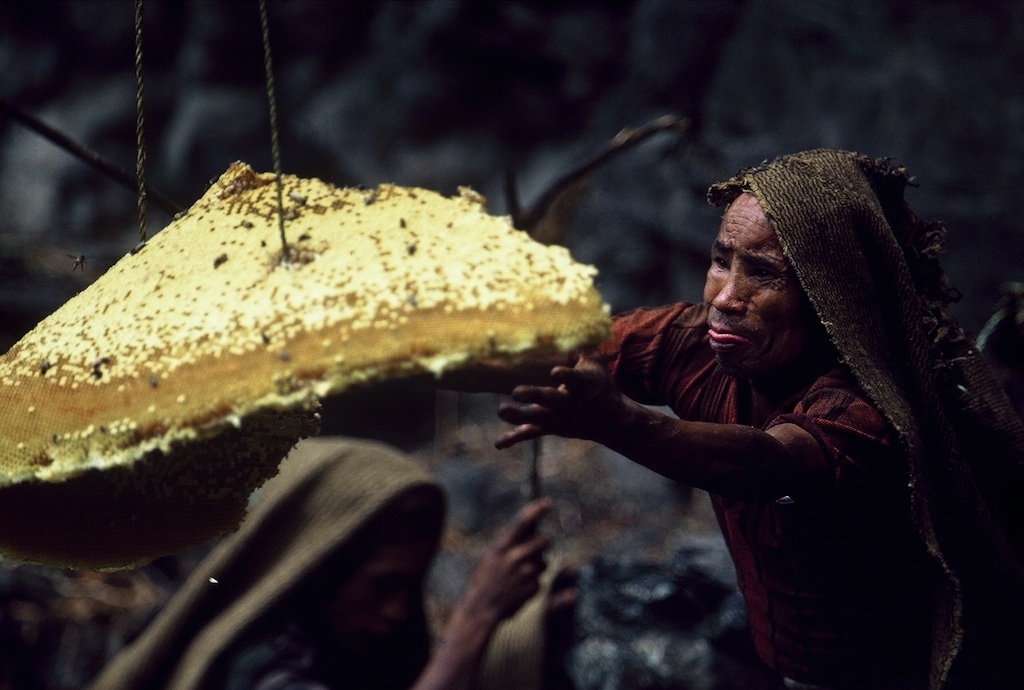 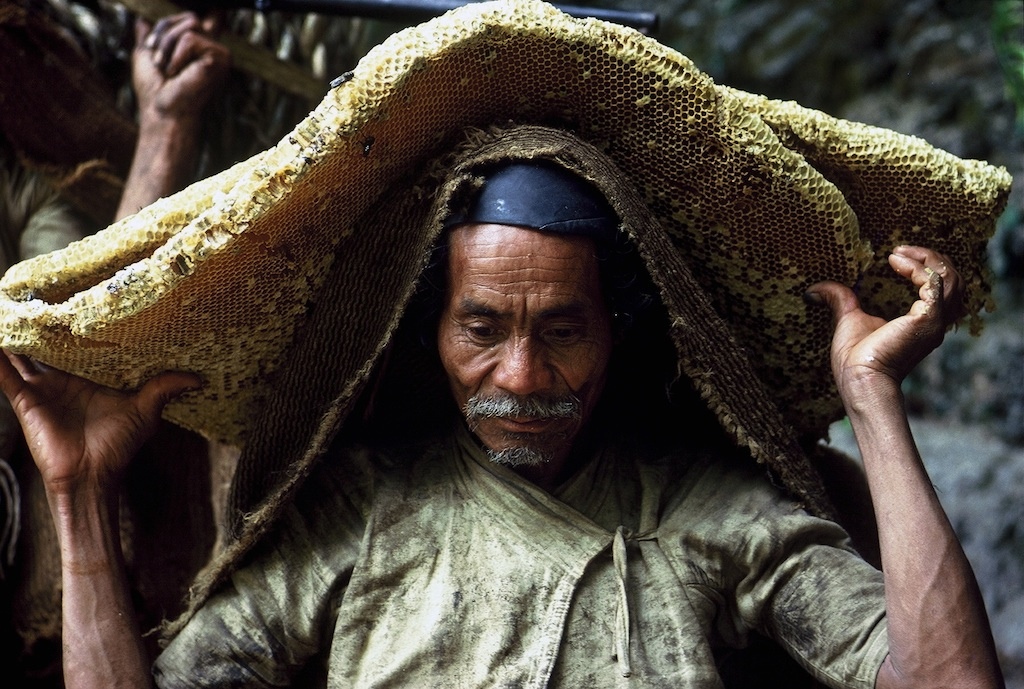 Cultural and spiritual practices carried out prior to hunting honey can vary from community to community.

Honey hunters believe that there are two gods in the forest i.e. local god, who looks after local events and the real god of cliff. Worshiping of these gods is mandatory by sacrificing, goat, sheep or chicken for giving blood in the name of god. 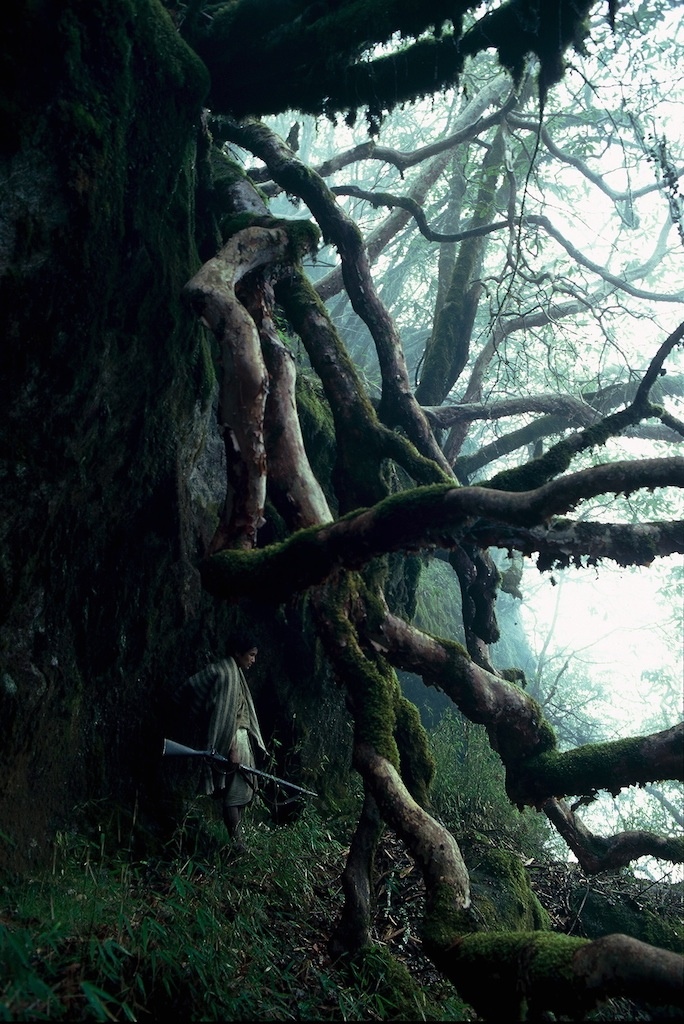 Valli followed a few honey hunting communities, including jungle nomads of the Himalays who hunted in the trees of the foothills. 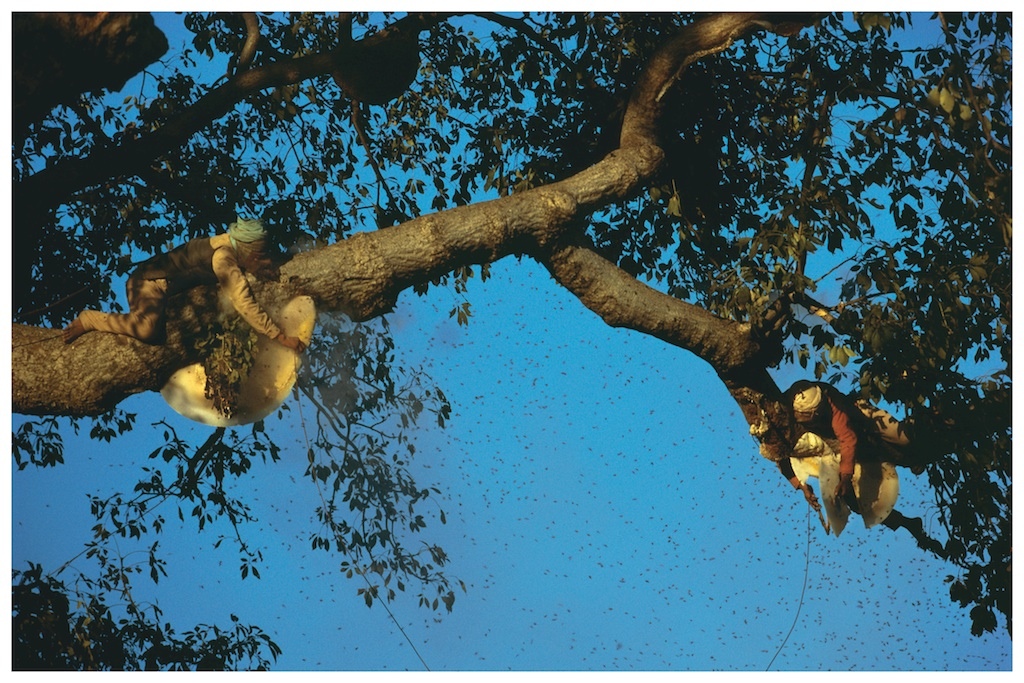 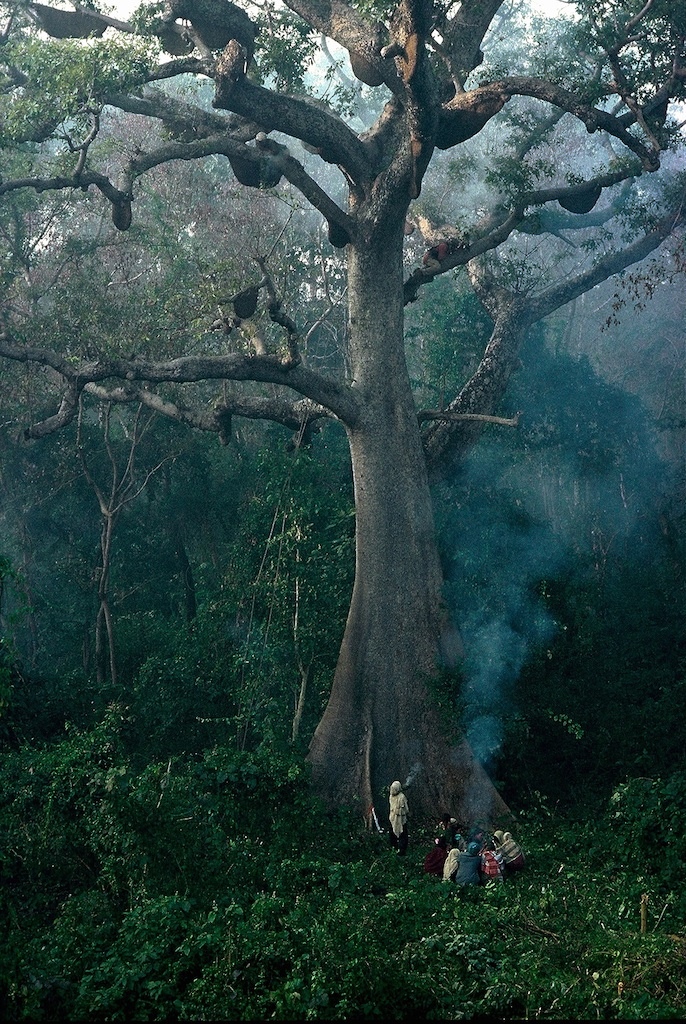 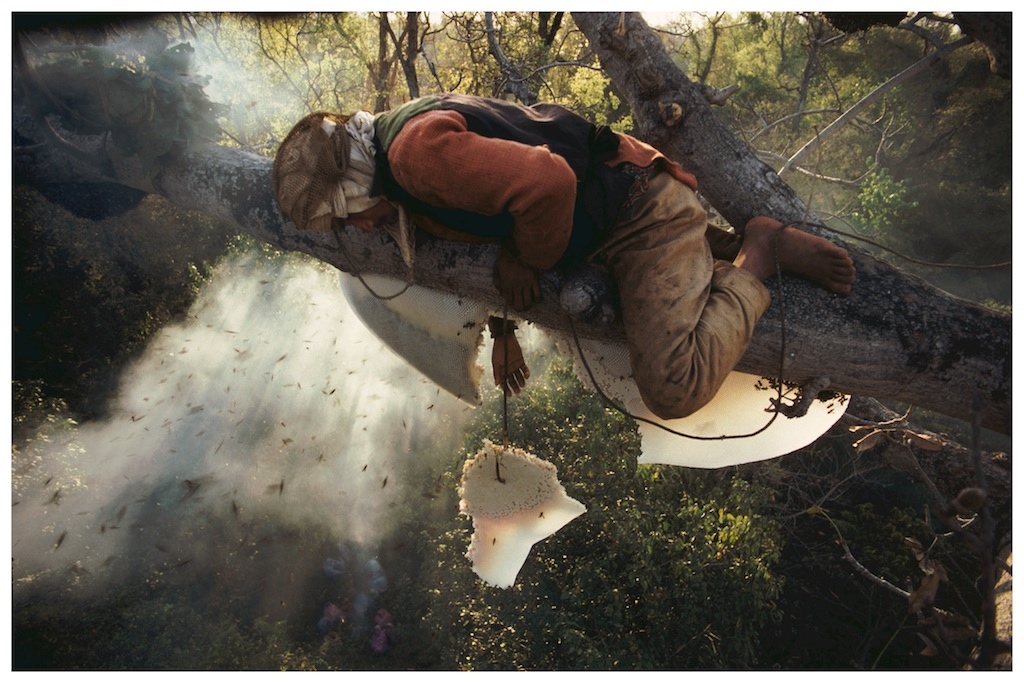 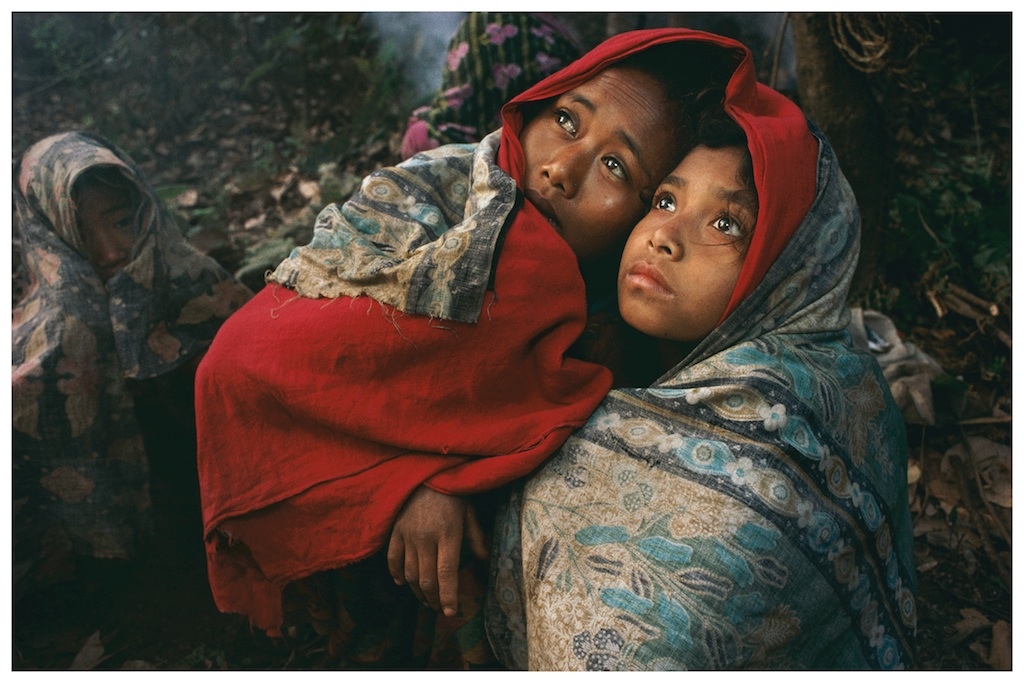 Women are not usually even allowed to watch their men honey-hunt in certain communities. They have to stay quite far from the cliff site or the trees. It is believed that if they participate then the bees will be very aggressive.

Nor can a honey hunter can join the hunting team if his wife is menstruating or over pregnant. 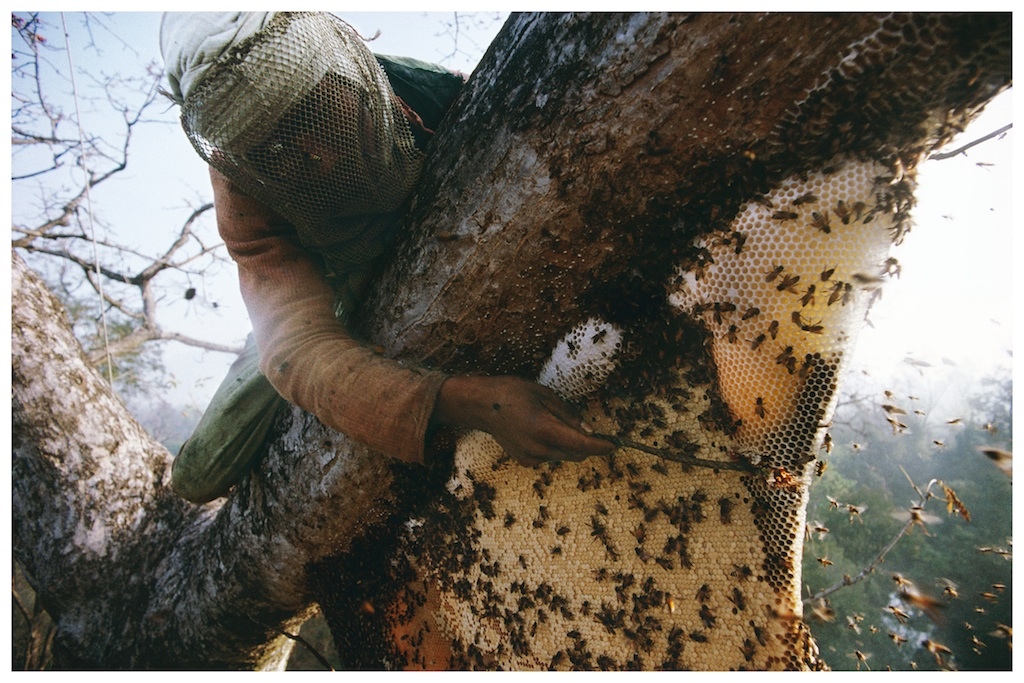 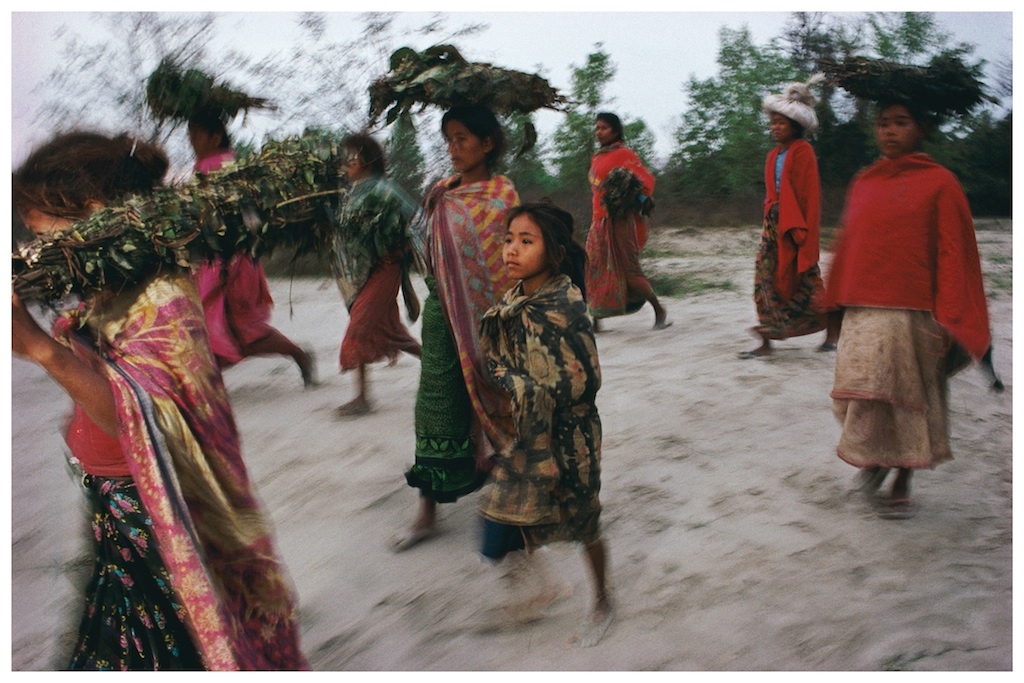 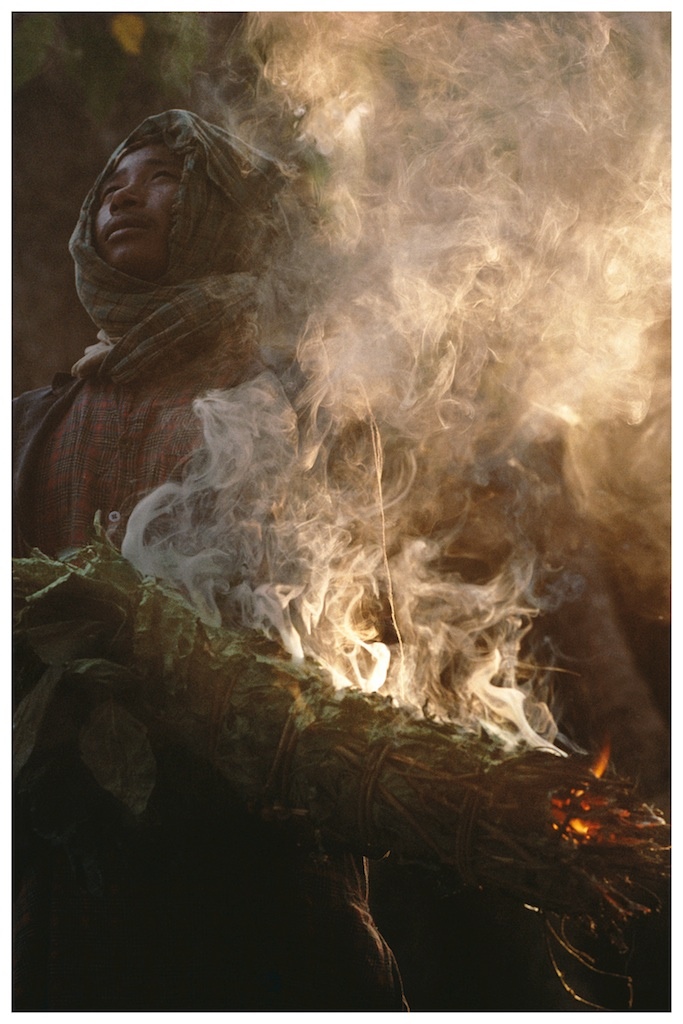 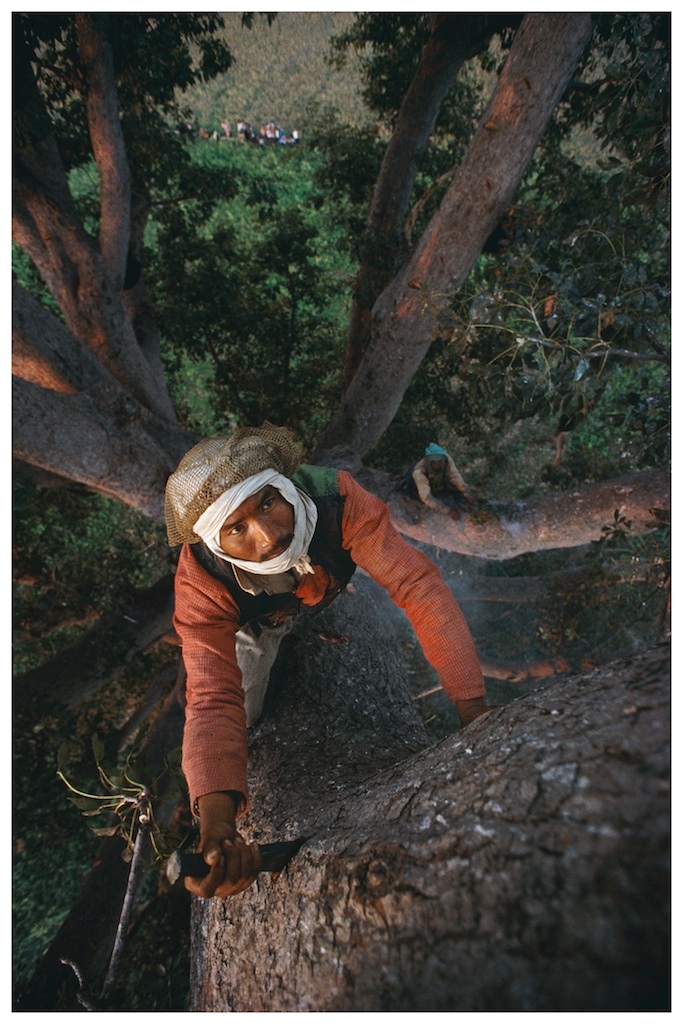 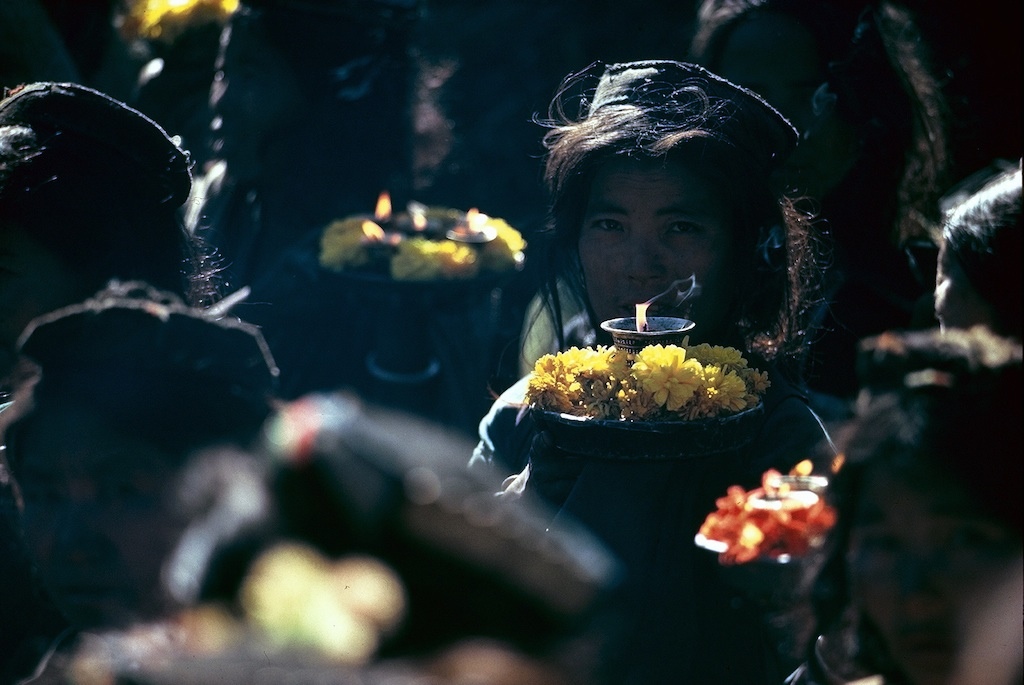 As decades go by, honey hunting becomes a dying art mostly because the original hunters are dying off. Passed on from fathers to sons, the new generation is less interesting in adopting the profession due to the risks and limited income it offers.

But it’s not only the hunters that are dying off but also the bees themselves. The Apis laboriosa bee population in the area is declining because of significant decline in wilderness, increase in soil erosion and landslides caused by road and tourist track construction. 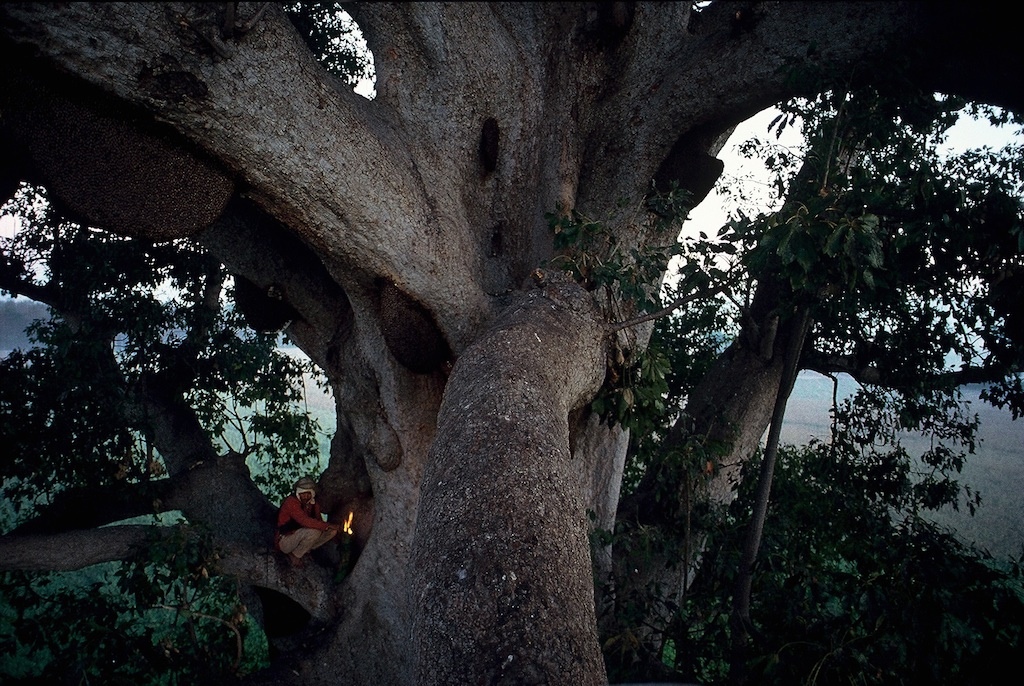 Indeed there is one new source of income for the honey hunters which comes in the form of a  fast-growing tourism industry in Nepal. The practice attracts a lot of tourists looking to experience honey hunting in the hills of Himalayas and are willing to pay US$ 250-1500to experience the events. 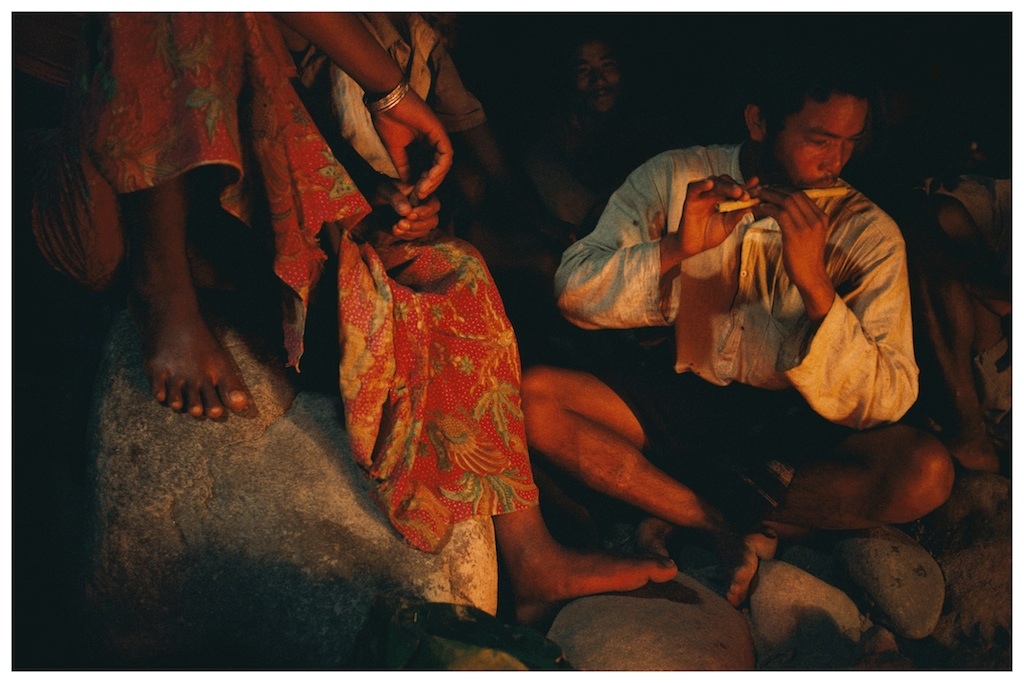 If you’d like to support the Himalayan Honey Hunters, I’m thinking the best way to do it would be to buy some of their honey. You can find some here at Heavenly Organics. I’m quite certain it will taste pretty special!

Via here and here 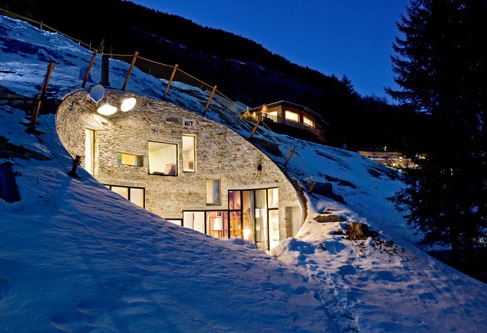 The Luxury Villa embedded into a Mountain 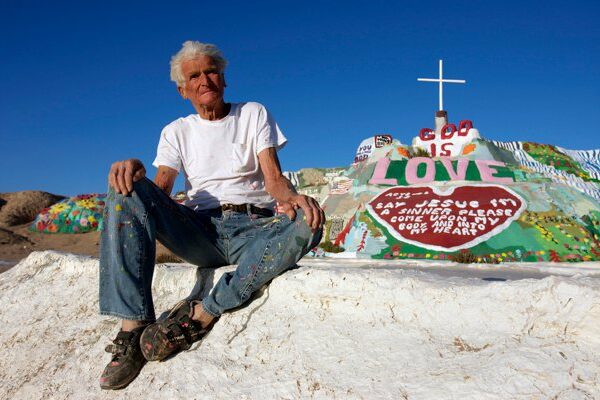 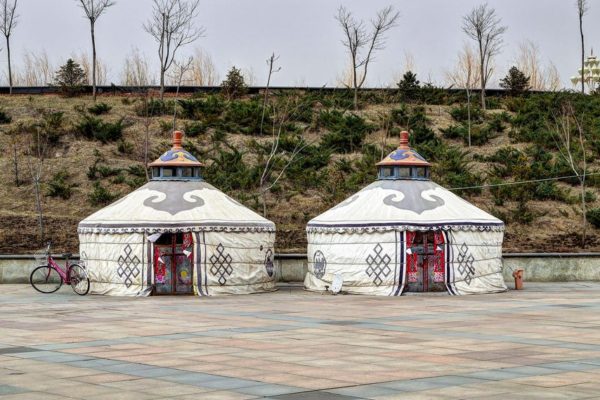 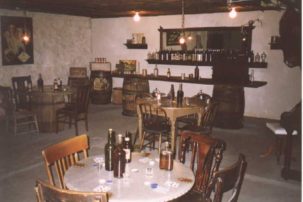