Sometimes we just want to get away from it all; make the great escape and reconnect with ourselves rather than our Facebook friends.

But how far would go to get away from it all? Could you really switch off from the world?

One woman did. And she found a few people to follow her too….

The blonde-haired woman in the centre of the photograph is Lynx Vilden. In 1989, she emerged from her first native american purification ceremony known as a ‘sweat lodge’, after what she says was a ‘calling back to Earth’, to learn, share and teach the old ways.

Since changing her life, Lynx has been practicing and teaching primitive living skills in various environments all over the world from the arctic regions of Scandenavia to the deserts of Arizona, New Mexico and the rocky terrains of the Montana mountains.

But Lynx doesn’t just look like a cavewoman. Those clothes on her back? She hunted, skinned and sewed those herself. She doesn’t eat anything she hasn’t hunted and gathered with her own hands. Even the bowls she eats out of, the flasks she drinks from, the arrows she hunts with, the fires she cooks her food on, the blankets she sleeps on– Lynx has learnt to do it all herself, the ‘Stone Age’ way.

You may think I’ve gone a bit too hippy for you on this one but there’s no denying the commendable physical and mental strength required to maintain such an existence for over 20 years.  Despite having come from the modern world, she provides a fascinating insight on life at the other end of the spectrum.

Over the years, Lynx has founded the ‘Stone Age Project’. Every season, she opens up her way of life to the public, offering week-long classes, advanced immersion periods and, if personally selected by Lynx, a month of living out in the wilderness, entirely dependent on the Earth, using pre-historic methods of survival.

While you may be wondering ‘why on earth would you want to do that?’, the experience is promised to be a life-changing one….

Lynx’s students come away with a wide variety of survival skills for the wild, including:

–Identification of edible and medicinal plants.

–Making your own Moccasin shoes, fur and buckskin clothing.

All in all, it seems you would be pretty well prepared for that apocalypse!

Each season, her workshops are booked up well in advance and with the class fees, she is able to afford rent on the properties where she sets up camp with her students.

“It’s not just a bunch of 26 year old males who want to go out and prove themselves,” says Lynx, “We’ve even had children and people into their 50s and 60s getting involved.”

She is also planning to form a group prepared to live for an entire year in a Stone Age living experiment.

This is where Vilden’ story reminds me a little bit of Alex Garland’s, The Beach, more commonly known as ‘that Leonardo DiCaprio movie’. The mysterious and wise character of ‘Sal’ who leads the community living on the paradise island (played by Tilda Swinton in the film) could have easily been based on Lynx!

In fact, it might not be so far off that a film is made about Vilden.

Most recently, French photographer Eric Valli embarked on a photo documentary project called “Off the Grid”, which brought him to Lynx’s Stone Age Project.

Eric documented several subjects who had made drastic changes to the way they lived in order to be less of a burden to the planet– but Lynx’s ‘living wild’ lifestyle was by far the most extreme of the bunch.

The photographer decided to take part in the month-long experience of living prehistorically in the wild with permission from Lynx to bring his camera equipment and film the whole thing.

While the film is still pending (status: “coming soon” on Eric’s website), he published a book featuring all the wonderful photographs you have seen here. Including this fantastic one of Lynx’s group captured against the stark contrast of a modern-day convenience store– most likely taken at the end of their month long project when the group returned to civilization to say goodbye. They certainly don’t look too happy to be there!

So could you last a month in the wild living like a caveman?

Of course, Lynx does depend on some access to the modern world, raising a few questions as to how sustainable is really is to live in a pre-historical manner.

She does have a website to promote her workshops and immersion projects, she uses an email account, it’s not clear whether she has a bank account (although she requests $100 deposits to reserve class space be sent via check or money order to a P.O. Box address), but it’s certain that Lynx does make use of the luxuries of the modern world.

“I’m not doing this to become rich,” she says, “I’m doing this because I’m completely passionate about what I do. I love being here on this earth, I love sharing and being together with other people who care and give respect … I’m not trying to make money doing any of it. I’m trying to live in a good way and teach other people how to do that.”

Now I’m no camping aficionado by any means, but I do have tremendous respect for what Vilden does and her ethos, “We aim to ‘live’ in the wilderness, rather than “survive” it to get back to civilization.”

I’ll let you get back to surviving in your own jungle (the concrete one).

If you want to know more, take a look at a these videos documenting some of Lynx’s previous workshops …

Via Living Wild and Eric Valli 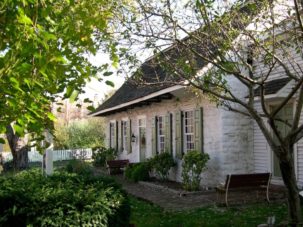