Have you ever seen a pair of sneakers tied together and hanging over a power line? Chances are you have. The practice of shoe flinging, nicknamed ‘shoefiti’, is widespread and can be found the world over, from busy city streets to the loneliest desert highways. But for such a worldwide phenomenon, the strangest thing of all is that no one really knows why. Theories vary from simple to sinister; some say shoefiti is used to represent various rites of passage in life, while others claim the shoes are used to signal gang territory.

This excellent little short doc from Closer Productions makes a real go of exploring the phenomenon. Asking everyone from university experts to unknown callers form a global  shoefiti hotline they set up, The Mystery of Flying Kicks finds out the who, what and why?

Personally, I think I identify with the theory that shoefiti, especially in cities, is used to represent the cracks in urban living…

“I have noticed that some people will use shoes hanging from wires – the images – to associate with urban decay and to sort of depict a sense of urban desolation – something that falls apart or is not right in some way. I think that’s understandable, they’re definitely an inversion of the normal order. We have something that’s meant to be on the ground and now it’s just hanging in the sky from the utility line…”

Shoefiti in The Simpsons. 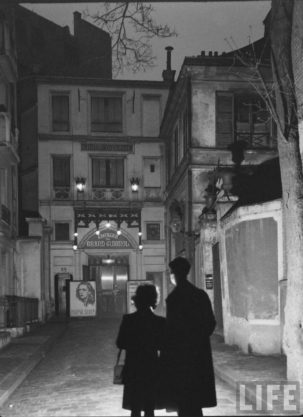