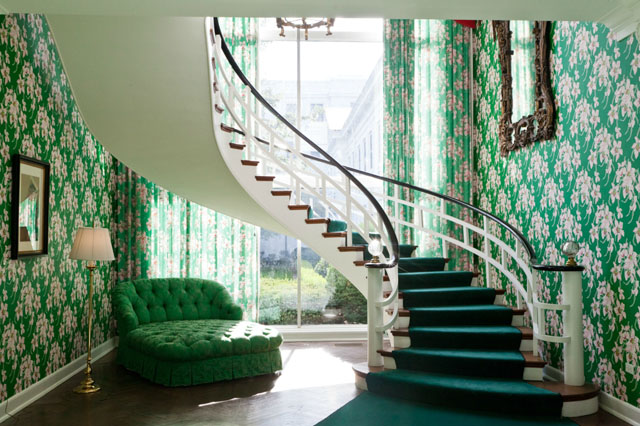 For thirty years, a luxury resort hotel in West Virginia played host to the world’s wealthiest holidaymakers, all the while covertly moonlighting as the secret underground bunker built to house the United States government in the event of a nuclear fallout… 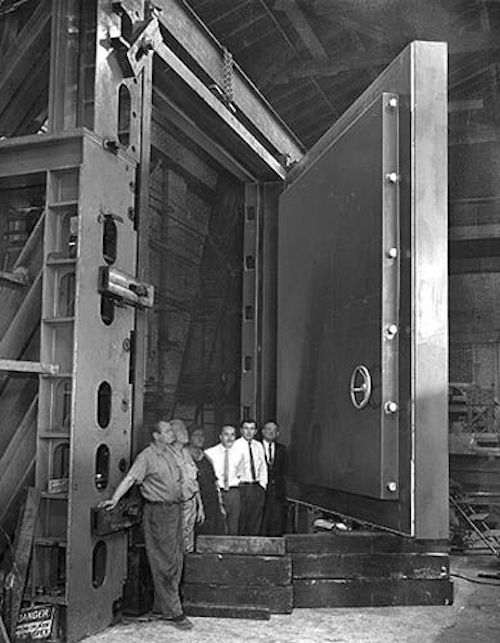 In preparation for a nuclear attack, every last member of the legislative branch would have ‘checked in’ through the Greenbrier hotel’s main reception desk while bewildered guests would have been swiftly checked out. The congressmen would have then proceeded to the massive bunker through a blast door that was hidden in plain sight behind a false wall, covered in elegant wallpaper in keeping with the hotel’s decoration. 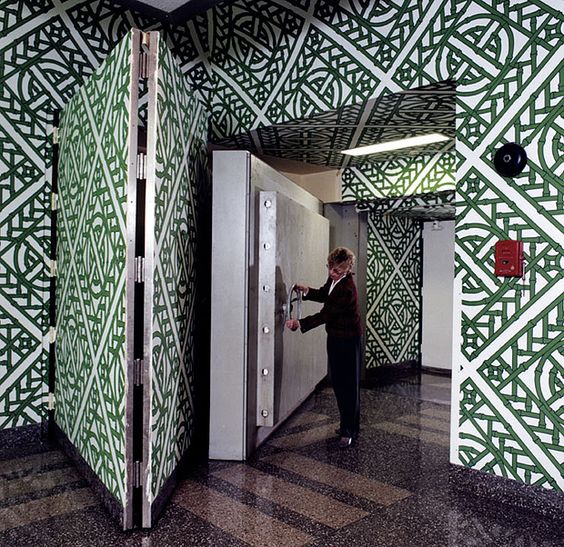 Code named “Project Greek Island”, the bunker served as a government continuity program which would enable Congress to not only survive a nuclear attack, but continue functioning. It housed an auditorium big enough to hold full congressional sessions, a broadcast centre, a dormitory to sleep 1,000 people, a kitchen and hospital stocked up with 30 years of supplies. The main cafeteria at the underground bunker for members of Congress under the Greenbrier Hotel. (c) James Vaughan

Completed in 1962, the underground centre’s construction was disguised and kept secret by the distraction of a newly built western wing for the hotel that sat directly on top of it. While most hotel employees and nearby residents remained totally unaware of the bunker’s existence, the resort’s on-site technicians in charge of ‘maintaining the televisions’ were actually secret government workers, ready at a moment’s notice to transform Greenbrier’s into an emergency government facility.

But a year after the Cold War ended, the top secret bunker was compromised when it was outed by journalist Ted Gup for the Washington Post (article here) and in 1992, Project Greek Island was decommissioned. 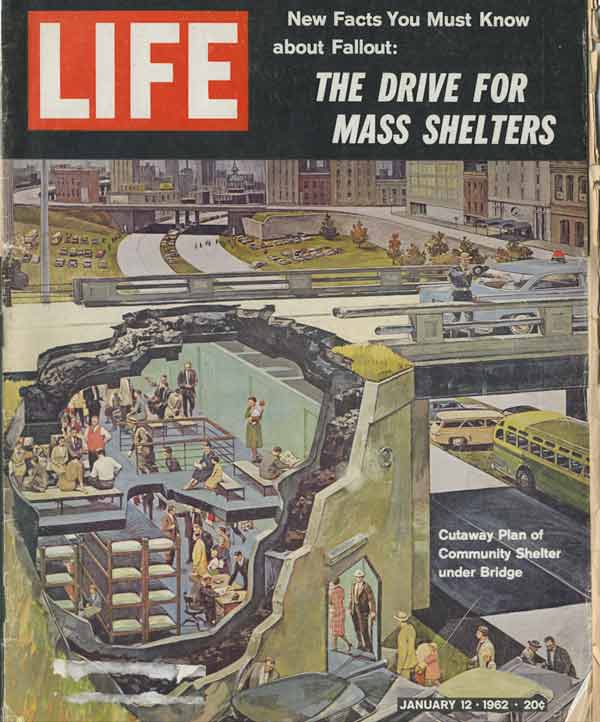 A 1962 Life magazine; an era of fallout shelter obsession

Justifying his decision to expose the fallout shelter, Ted later said, “The bunker was built when bombers took hours to go over the polar ice caps. The warning time was many hours. We’re now talking minutes, if not less.” Claiming the shelter was obsolete, he also said that if the story hadn’t been published, the nation might still be relying on an out-of-date facility that was potentially dangerous (inset gag here about the current government shut down).

Ted Gup actually maintains that despite his unfavourable reputation with some of Greenbrier’s longtime employees and nearby residents, who claim to have suspected all along about the shelter and kept a dignified silence, he has been welcomed back several time to the resort since his article was published. 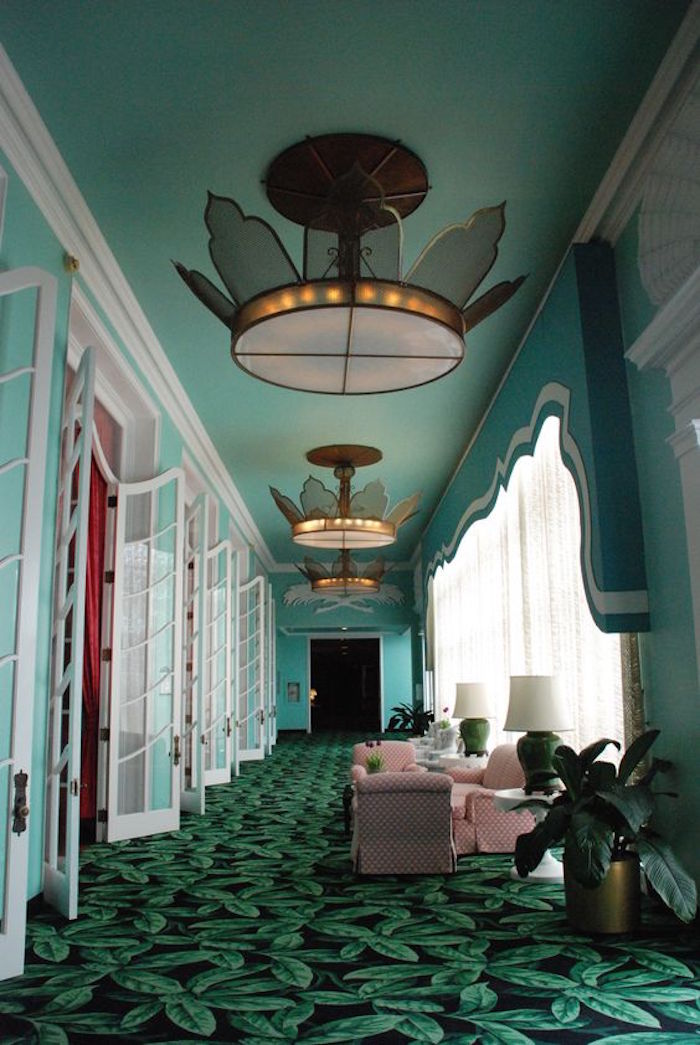 The 682 room resort is recognized as one of Dorothy Draper’s most famous designs. Its guestbook includes everyone from Grace Kelly and Bing Crosby to the Kennedy family. 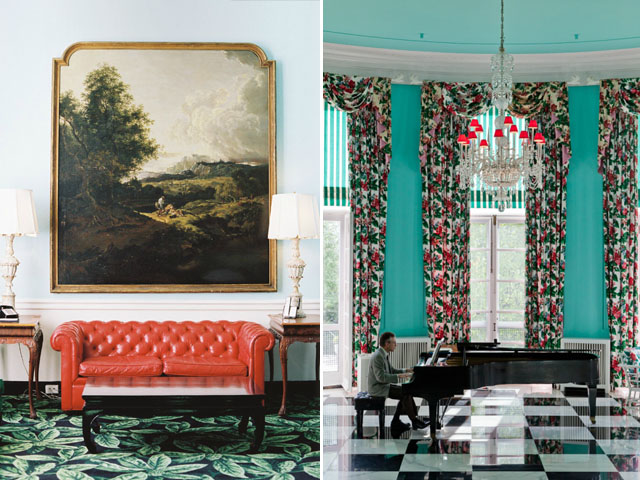 Today, Greenbrier offers group and private tours of the bunker departing from the lobby bar. Some of the undercover employees with top secret clearance have stayed on under the employ of the hotel for special tours. After the secret came out in 1992, the government removed almost all of the furnishings and outdated equipment from the decommissioned bunker, but the facility still remains very much as it was built. While just two of the original bunk beds still remain in the dormitories, Greenbrier has re-stocked the complex with period furnishings, exactly as it would have been the day the government gave up its hiding place. 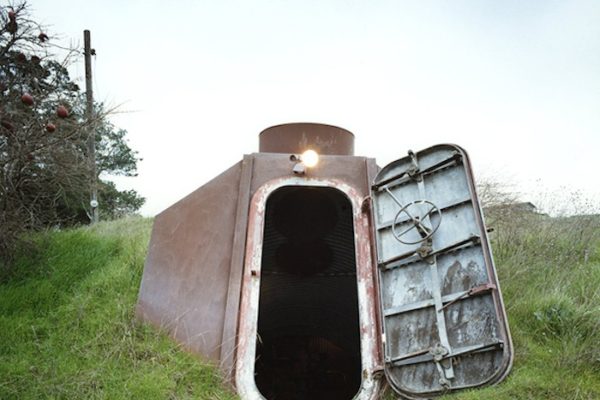 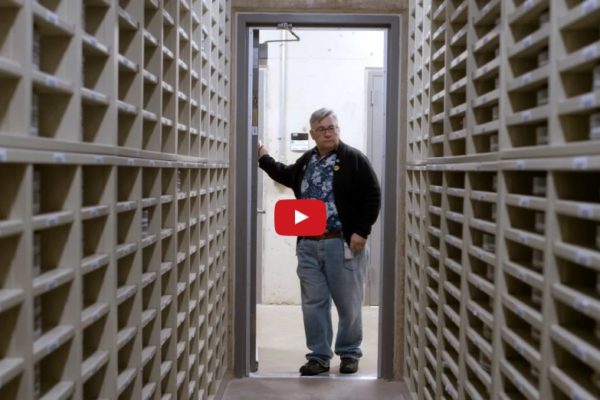 To the Bookmobile! The Library on Wheels of Yesteryear
Shoefiti: Behind the Modern Mystery of Shoe Tossing