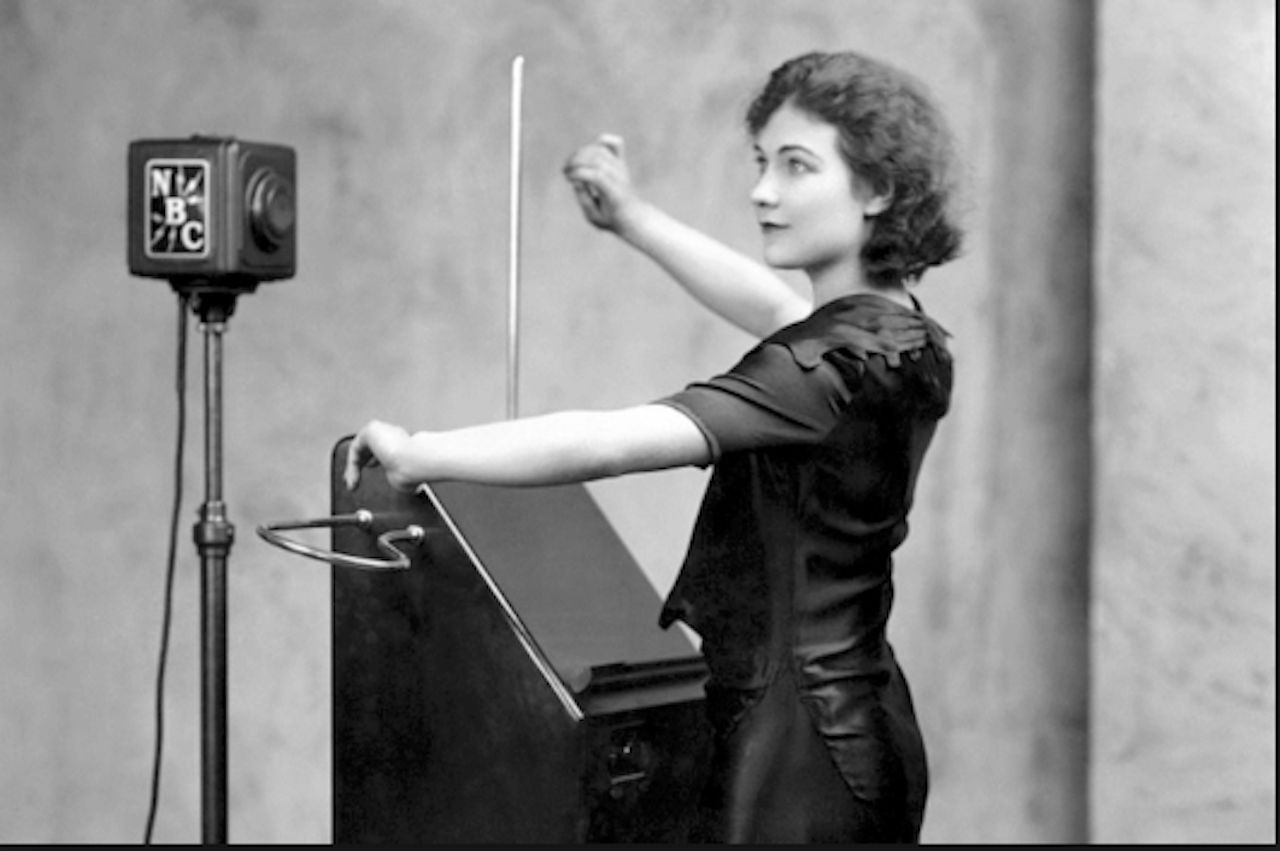 Alexandra Stepanoff playing a Theremin in 1930

What do Lady Gaga and Lenin have in common? They’ve both played the theremin– the world’s first mass-produced electrical instrument, invented by the same guy who created a covert Soviet listening device that sat undetected for 7 years inside the American Embassy in Moscow (planted by Russian school children, no less). The extraordinary story of the theremin is one that quite literally goes beyond the realms of our own planet, involving unrequited love, Cold War spying, alien communication and not to mention, paving the way for electronic music– all without ever being touched.

Also known as the etherphone, the theremin is played without physical contact, producing an otherworldly sound by waving one’s hands in the electromagnetic field. To get a little more technical: it consists of a box containing glass tube oscillators connected to metal antennas with invisible electromagnetic fields that can sense the movement of the player’s hands to control the pitch. Sound totally obscure? 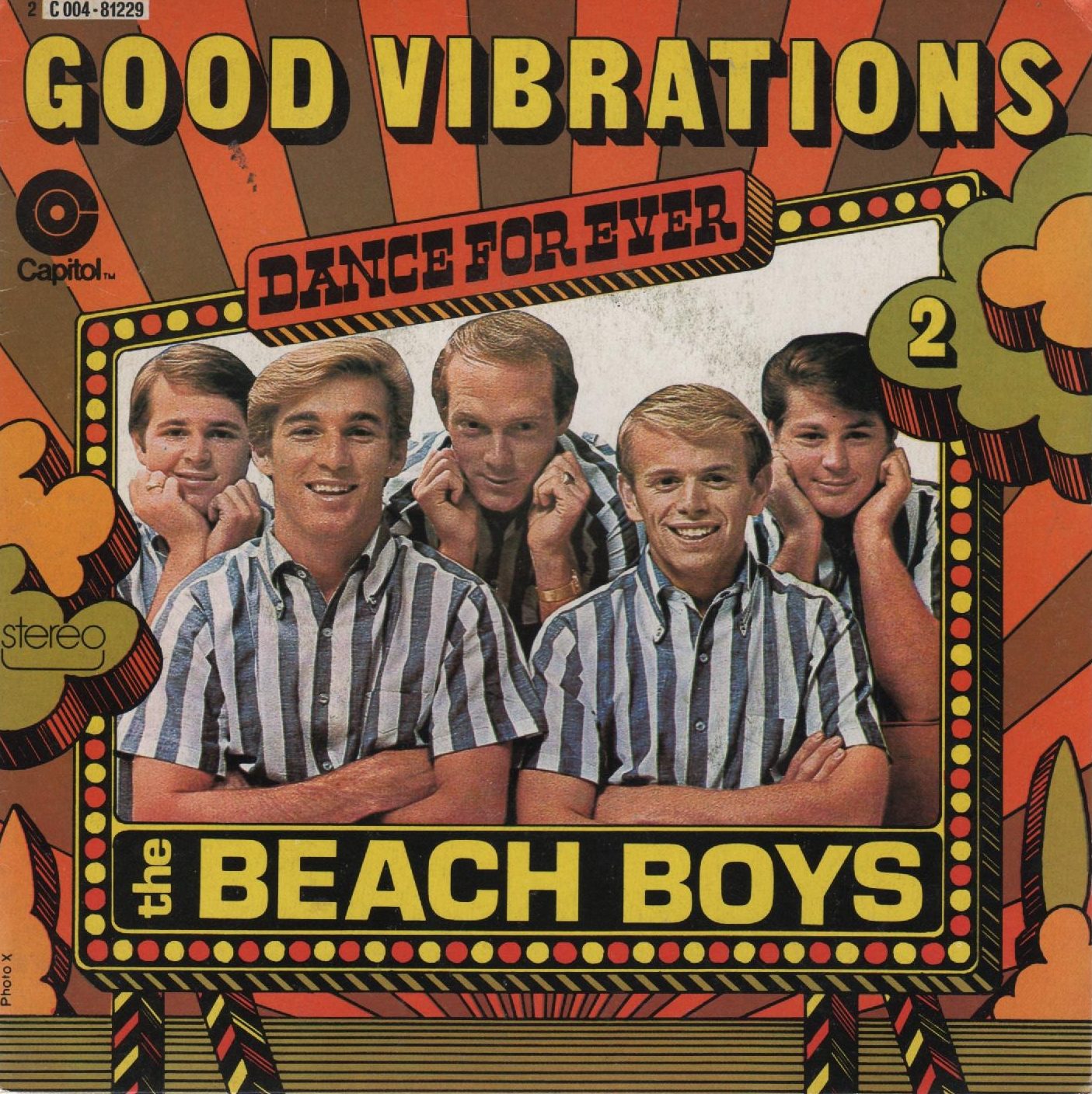 You’re probably more familiar with the supernatural sounds of the theremin than you think. Take the Beach Boys hit, Good Vibrations. That wobbly high pitched noise in the chorus? That’s a theremin. 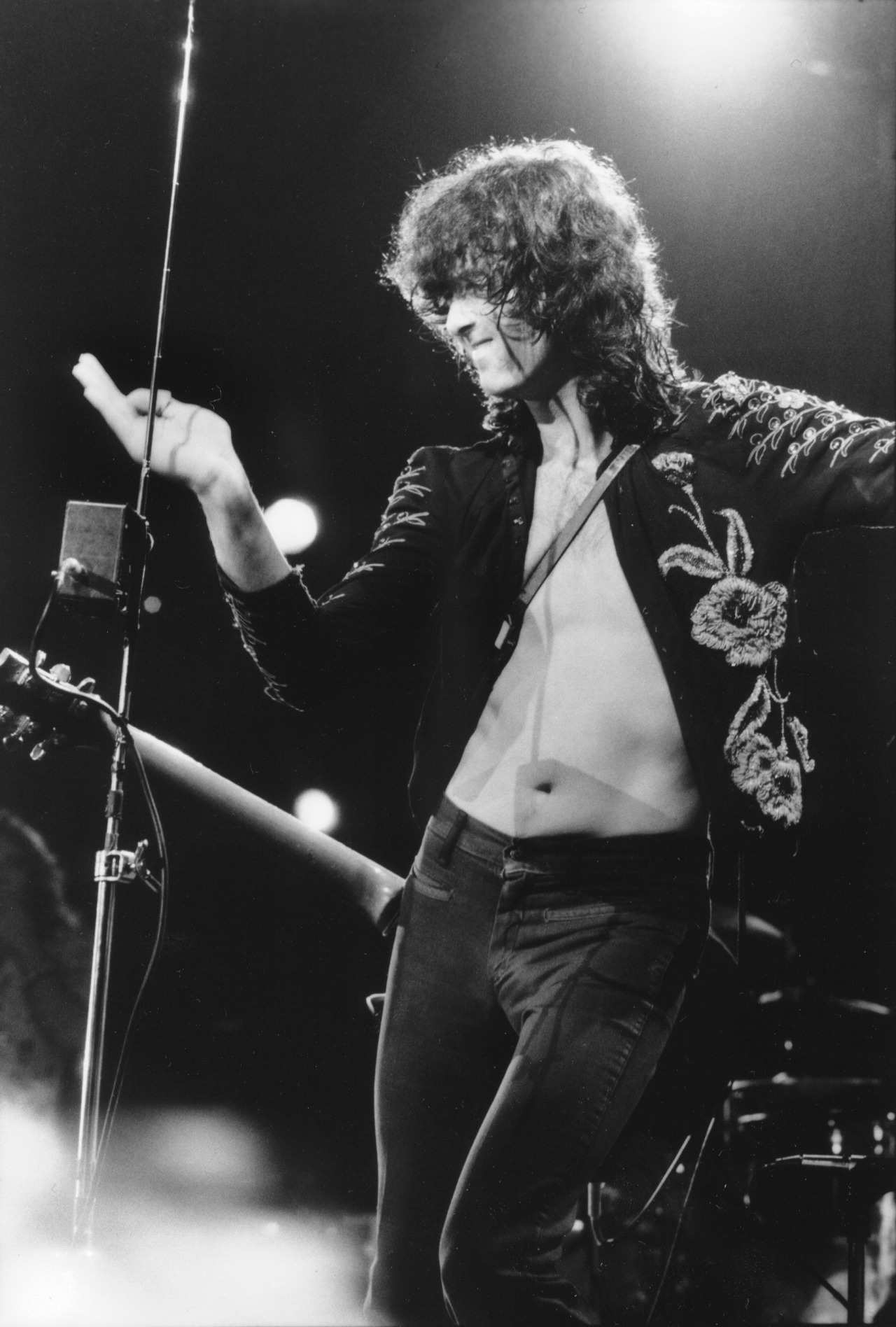 Jimmy Page was known to use a theremin during Led Zeppelin performances and Brian Jones of the Rolling Stones also used the instrument on two of the group’s albums in the 1960s. It can sound incredibly beautiful in the right hands, like an emotive opera singer whose voice is heavily pregnant with feeling… 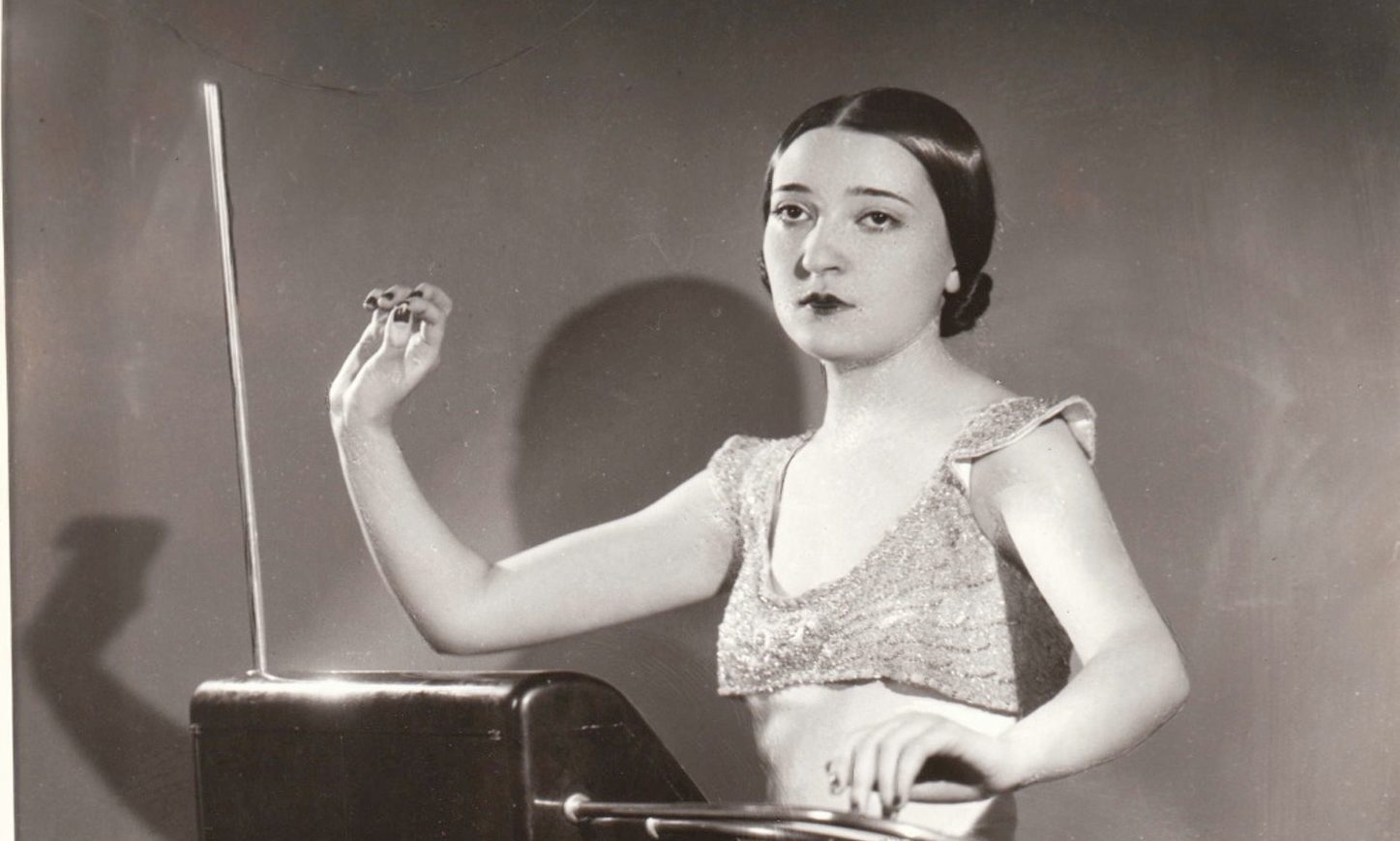 Clara Rockmore, who was a violin virtuoso and the first true master of the theremin, is probably the best person to demonstrate the art. At the age of four, she was the youngest ever student at the Saint Petersburg Conservatory. Clara was so small that she had to stand on the table to audition. The development of an arthritic condition, however, meant that she had to stop playing the violin, so she dedicated herself to the theremin instead. It was an instrument that she could apply her violin skills to, because of the intricacy and precision required to master the machine.

Enter Leon Theremin, the inventor the device, who was blown away by her skills, and was even prepared to change the design to make it easier for her to play the instrument. In fact, in accordance with her suggestion, he made it more sensitive and included a wider range of notes. The pair had quite a complex relationship. Leon was mad about her, and proposed to Clara many times, but his affections were never returned. 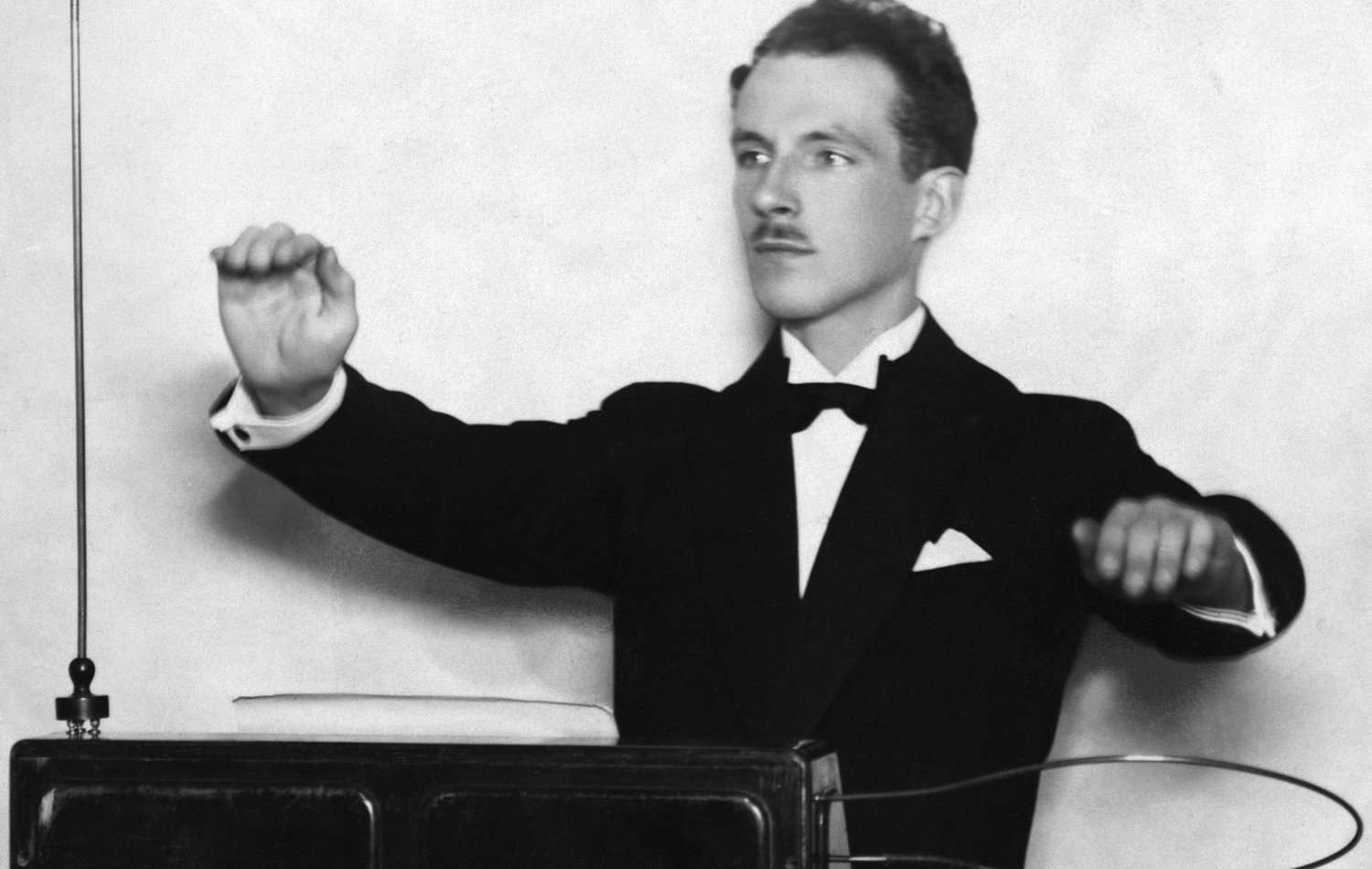 Leon was a young physicist under the Soviet regime when he accidentally invented his instrument while working on government-sponsored research into proximity sensors. As a Bolshevik, he was honoured when he discovered that Lenin was impressed by the instrument. The Soviet leader actually took lessons from him, and is believed to have had quite a knack for it. Leon was thus sent around the world to showcase the finest of Soviet technology. 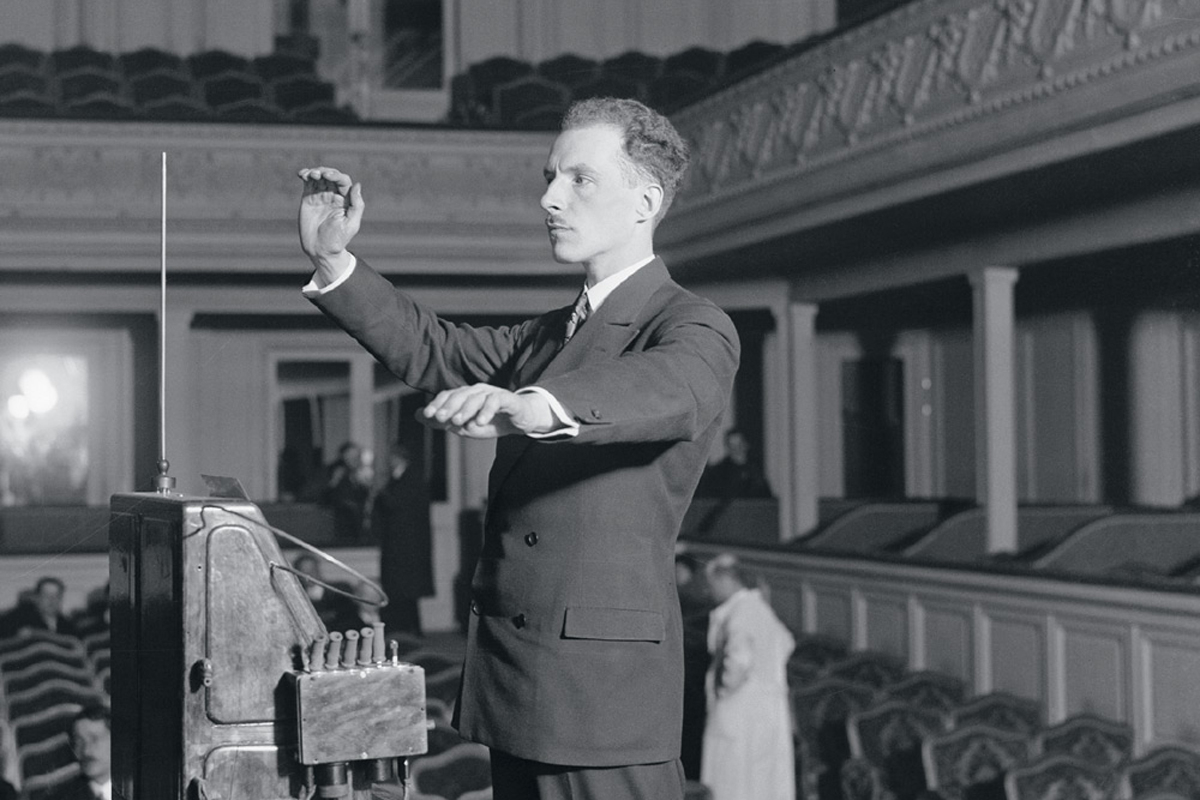 Leon Theremin in Paris, 1927, spbu.ruHe travelled around Europe, stopping in London to perform at the Royal Albert Hall, and in America, where he played at Carnegie Hall in New York. He was a true sensation, like the Nikola Tesla of the musical world. In 1928, the theremin was patented in the US, which was to be Leon’s home for the next decade. It became the first mass produced electrical instrument and the theremin gained a lot of popularity. Leon even believed that eventually everyone would have one in their home.

The instrument eventually began to appear in film scores too. Another Theremin maestro, Miklos Rozsa, incorporated the device into the score for Hitchock’s Spellbound. 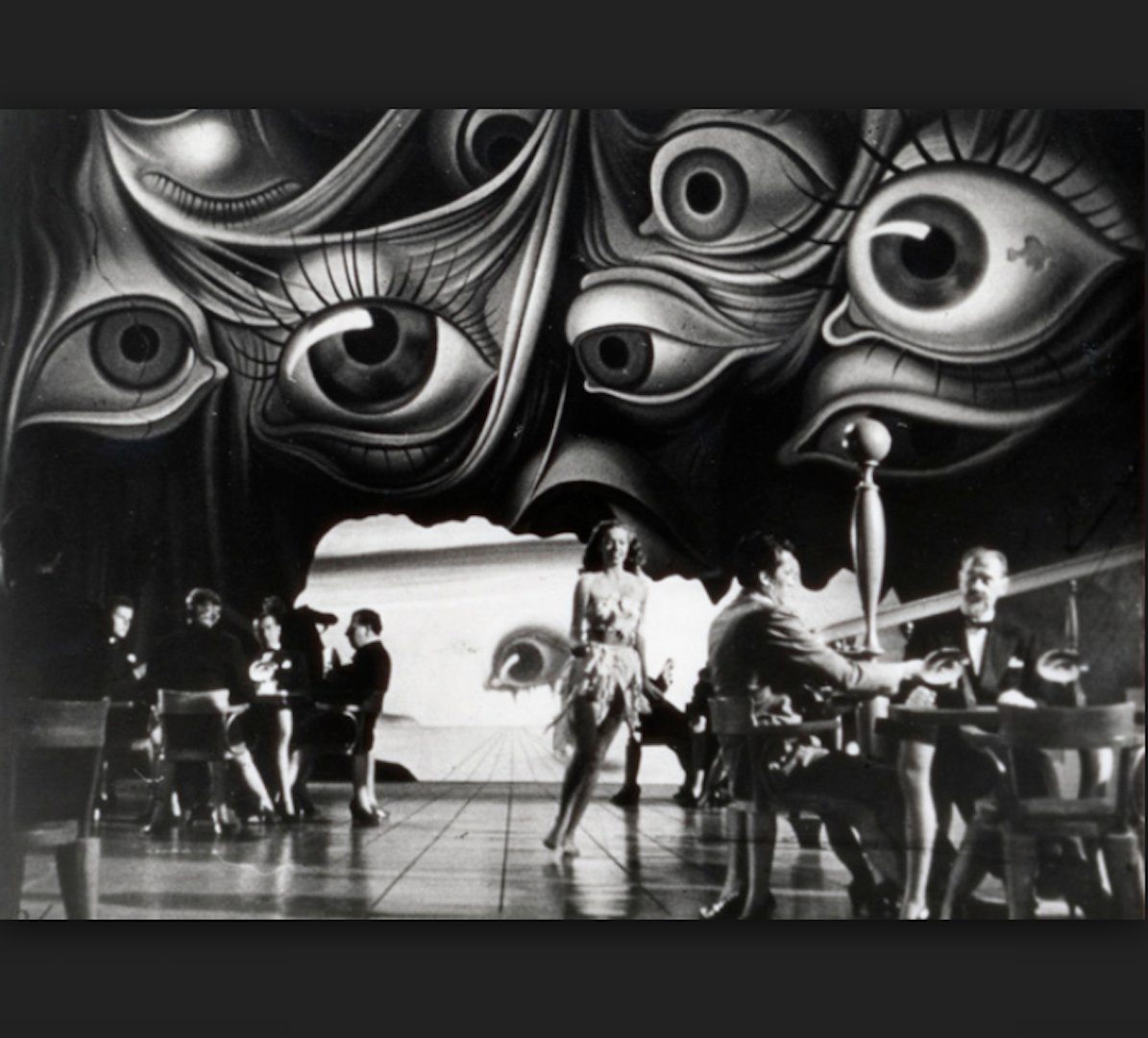 The theremin plays throughout the famous and surreal dream sequence which Dali helped create. Hitchcock apparently hated the theremin however, and its use in his film caused a lot of arguments behind the set. Rozsa recalled that “Hitchcock didn’t like the music— said it got in the way of his direction” and that it ended their creative relationship. But Spellbound turned out to be a hit. The film broke records in London, and although the film was nominated for most categories at the Academy Awards, the only award it received was for Best Original Score. 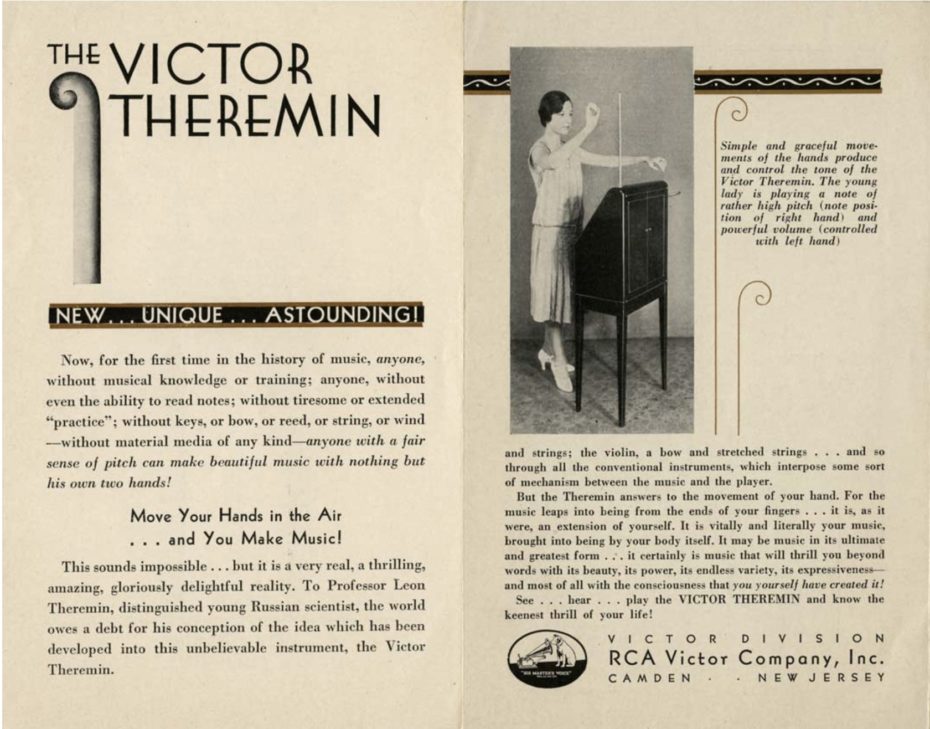 Meanwhile, the twentieth century was a time of significant tension between the Soviet Union and the USA, and it’s highly plausible that Leon Theremin, a Russian emigré, was sent to North America as a Soviet sleeper agent. His patent for the theremin meant that he was able to liaise with scientists and engineers, who shared their findings with him. Willingly or not, it’s been suggested by historians that Leon was sending all of this information back to mother Russia, along with the money he made from his invention.

Torn between two homes, after divorcing his first wife Katia and overcoming his heartbreak with Clara, Leon Theremin fell in love with classical ballerina of the American Negro ballet, Lavinia Williams. Mixed-race marriage was virtually unheard of in 1930s American society and the couple was ostracised. 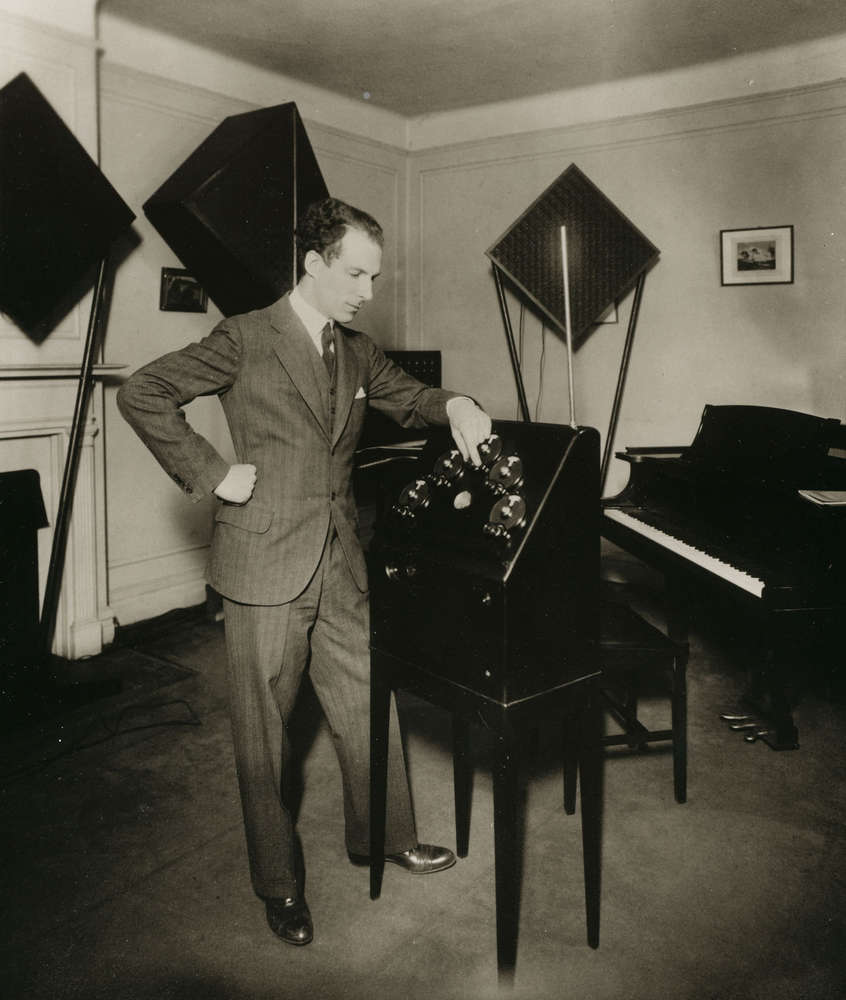 At the same time, sales of the theremin began to decline. The public found it too difficult to play the instrument well, and the fact that their debut on the market coincided with the Wall Street Crash didn’t help things either. Leon’s investors also withdrew their support as a show of disapproved for his marriage.

In 1938, Leon Theremin suddenly disappeared. Lavinia would never see her husband again and for 30 years, he was presumed dead. In reality, Leon had ended up back in the USSR where he’d been arrested, accused of being a counter-revolutionary and sentenced to 8 years in a Siberian gulag for the Soviet cause. It was here that that the notorious Thing was conceived; Leon Theremin’s second most famous invention; a listening device that was infamously planted by school children in the US Ambassador’s Moscow office. 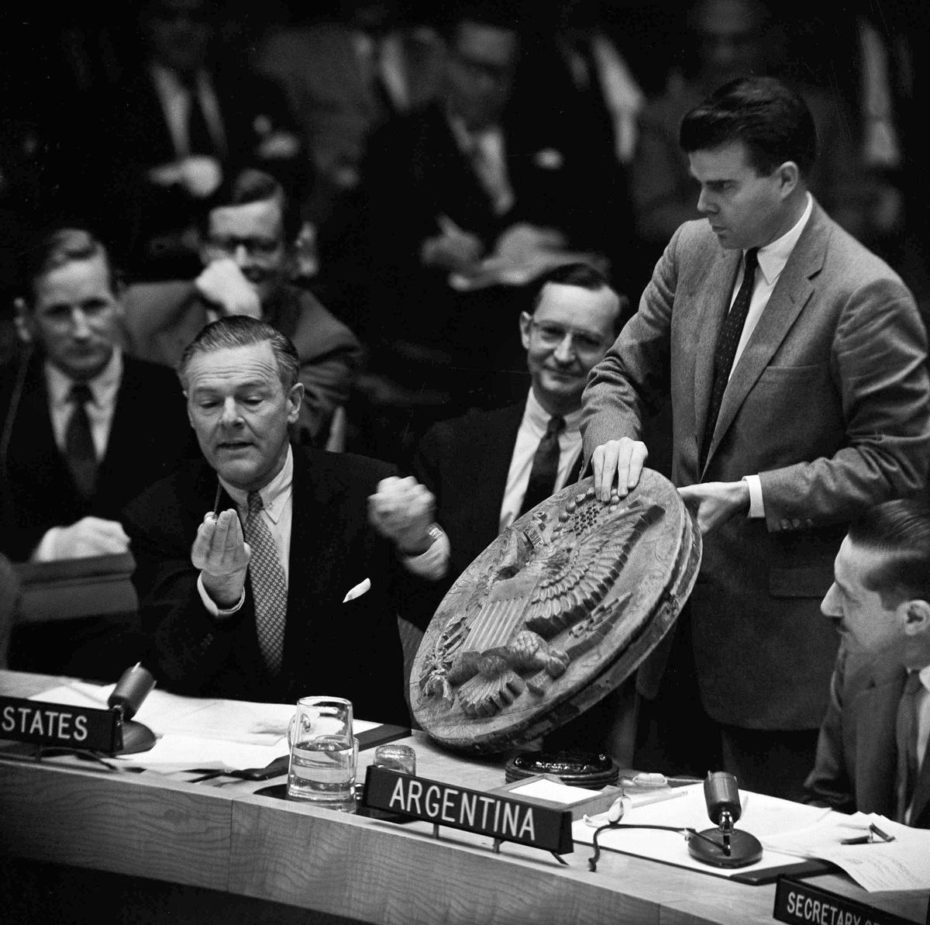 At the UN security council in 1960, the U.S. ambassador gives a show & tell of the device found in the Great Seal gifted to them by the Young Pioneer organization of the Soviet Union.

The Soviets were able to spy on top secret conversations for 7 years before it was accidentally by a radio operator at the British embassy in 1954. Leon remained working with the KGB until 1966 and would not return to the United States until 1991, when he was brought over by documentary filmmaker Steven M. Martin, and reunited with Clara Rockmore.

Back in Russia, the theremin had been banned from the Moscow Conservatory of Music after the director declared that “electricity is not good for music; electricity is to be used for electrocution” and had his instruments removed from the Conservatory. But the conspiracies and unexpected uses for Leon Theremin’s inventions don’t end there. In 2001, Russian Soviet radio engineer and astronomer, Aleksandr Zaitsev, along with a group of teenagers, put together a series of messages to extra-terrestrial intelligence. The messages included a 15 minute theremin concert, with a setlist of music by Beethoven, Vivaldi, Gershwin and Rachmaninoff. Naturally, sending a message to the stars is not like sending a message at home. It takes much longer. The first message is set to arrive in 2047 and the last in 2070.

The team also sent a profound message to the aliens (both in Russian and English) telling them about our life here on earth:

Dear friends from the Universe! We are the children from the Earth planet, sending this Message to you. We want you to know, that you are not alone in the Universe. We offer to be your friends. The Galaxy, where you and we live, is our common Home … We live in families: parents and children. Children like to play. We would like to show you our games, drawings, music. The duration of our life is about 80 years… People have many cultures, languages and religions. People have reached the technical progress, but scientists have also invented horrible weapons, which may destroy the life on our Earth. Our planet is very beautiful, but it is ill. Our problems are wars, ecology, exhaustion of natural resources. But we hope we shall overcome these problems and all people on Earth will be happy! … Please, reply. We would be very glad. We wish you peace and love. The children from the Earth, August-September, 2001.

This message seems rather fitting alongside the story of the theremin, which crossed cultures while wrapped up in themes of love, science and war.

And before you go, check out this band having a go with the theremin:

If you’re feeling tempted (and have the dedication to) to learn to play the theremin, you can find the instructions to build one yourself (for $20!) by following the links to the instructions here or find a fairly compact, ready-made one here on Etsy. Otherwise, if you’d rather just sit back and listen to its reverberations, a good place to start is The Art of the Theremin album. It’s a collection of performances by Clara Rockmore with a piano accompaniment by her sister. The album was notably produced by Robert Moog, who sold theremins himself, and was the inventor of the first commercial synthesiser which he called the Moog synthesizer. 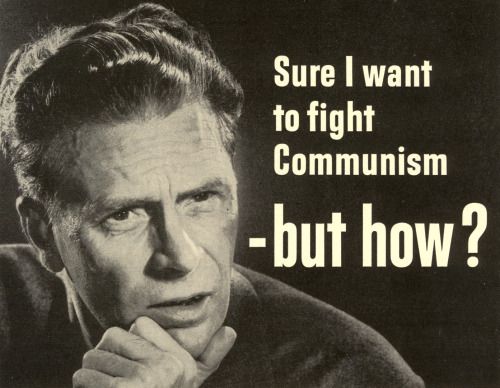 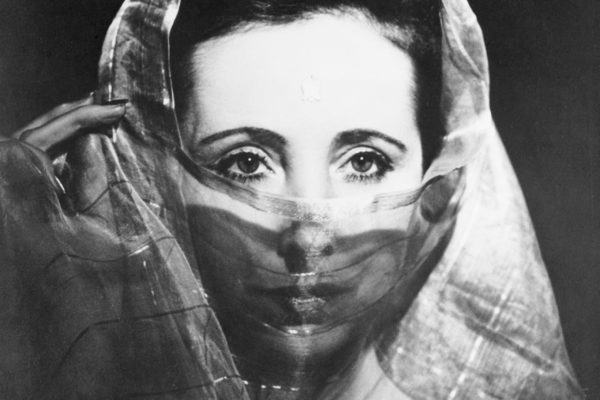 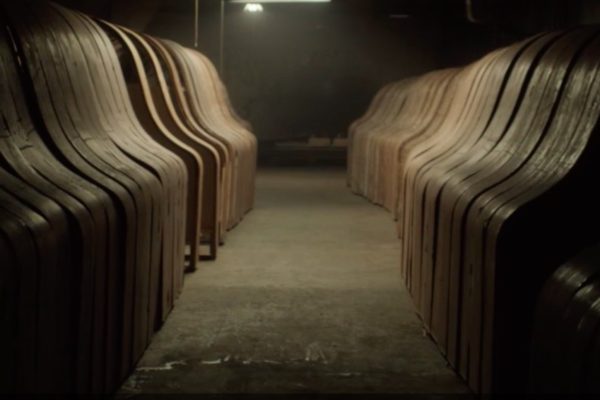 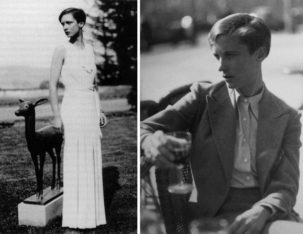