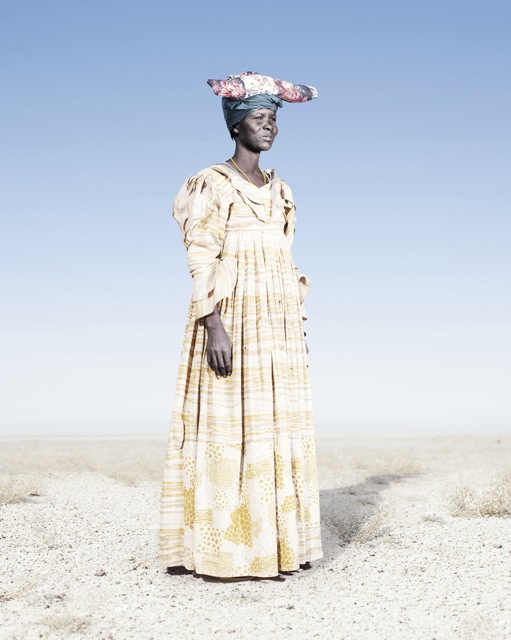 We’ve already met the Sapeurs, a subculture of extraordinarily dressed male dandies from the Congo who wear expensive tailored suits, elegantly smoke on their pipes and stroll their war-torn slums in immaculate footwear… 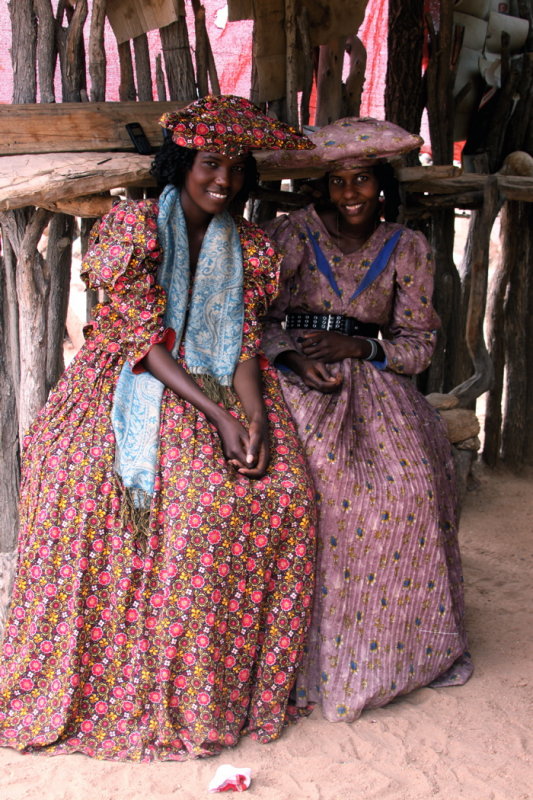 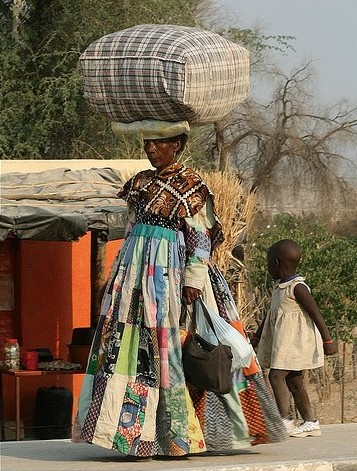 In the south west corner of Africa, a Namibian tribe known as the Herero has a very special cultural identity. The ladies of the Herero have devoted themselves to a style of dress which looks like something straight out of the Victorian period– just with added color. 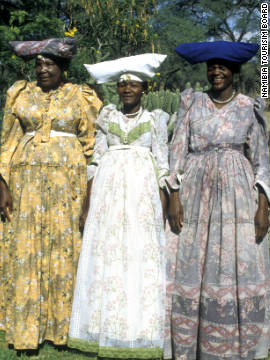 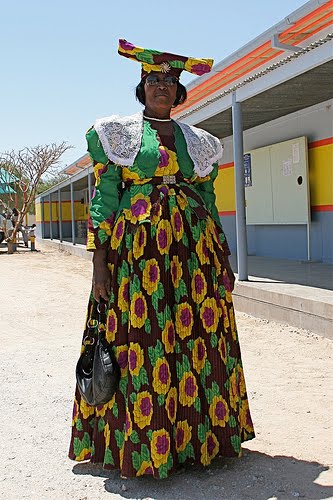 Their remarkable ensembles amidst the hot African environment include heavy voluminous empire line dresses with numerous petticoats and puffy gigot sleeves on the arms, typical of 19th century western fashion. 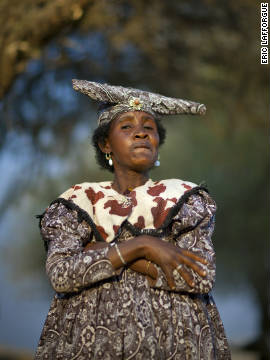 And like the Sapeurs, the Herero women know matching accessories are a must. They finish off their outfits with their unique hats in matching fabrics which are said to replicate horns in honor of the cattle that their communities depend on so highly. 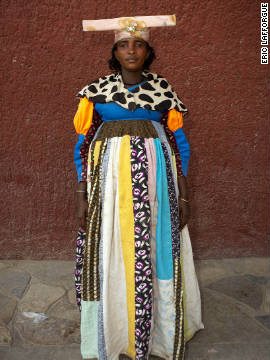 Over time, the Herero women have become more and more creative with their elaborate homemade outfits, choosing  vibrant colors and sewing bright patchworks into the dresses. For the more creative and skilled women, this is a way for them to express their talents with impressive designs. Herero ladies even craft and sell miniature doll versions of themselves dressed in their creations to tourists and craft organizations. 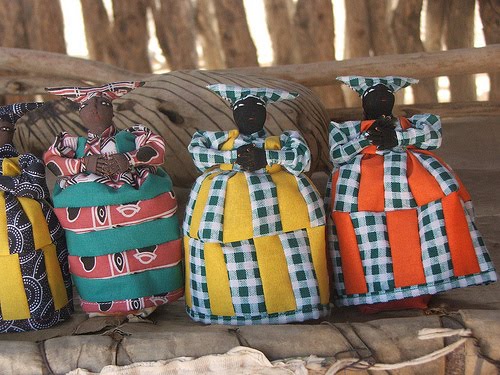 The women have passionately guarded their unusual and antique style of dress. It has come to represent ‘proper dress’ for traditional married women according to the blog ‘My Beautiful Namibia’. With great pride, the Herero woman shows to society that she is essentially ready to grow up, be an adult and run a home that respects the tribe’s traditions and forefathers. 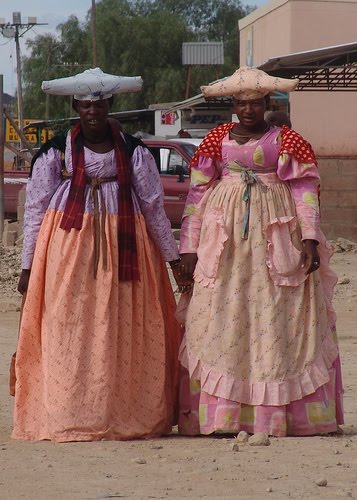 But just by looking at them, you can tell these dresses are nothing like throwing on a pair of jeans and getting on with the housework. They’re heavy, hot and difficult to keep clean. Nevertheless, the women are still fiercely proud of their Victorian dresses. 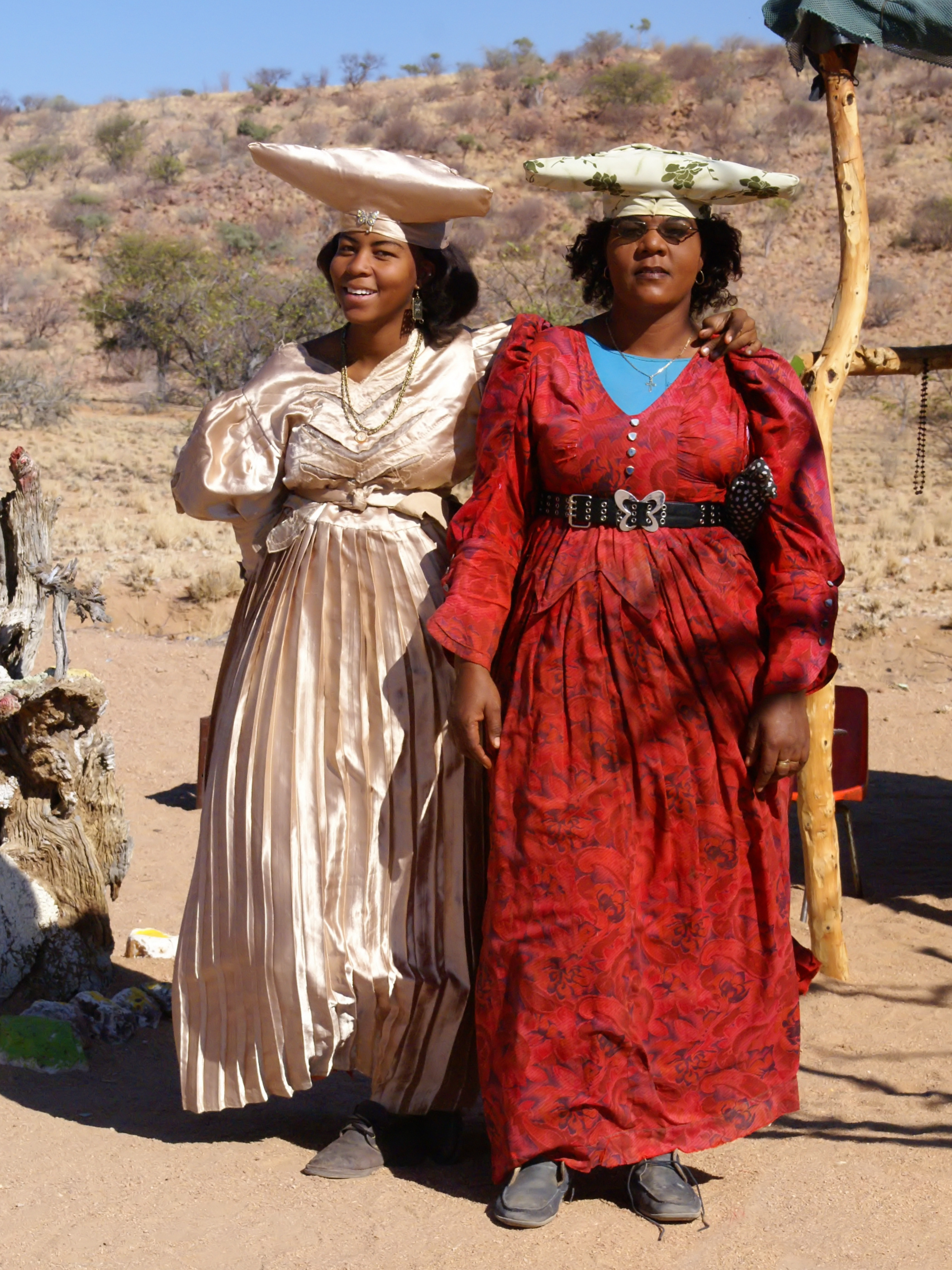 Of course, as we discovered with the Sapeurs of the Congo, this western injection into African culture was no accident and the story is a darker tale than all the bright colors would like to suggest. 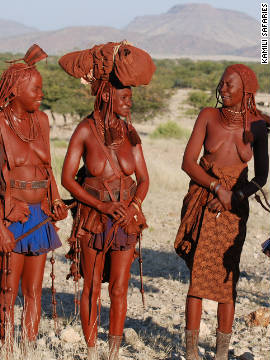 “Instead of the Herero being topless and barely covered, which would offend the modest attitudes of Victorians at the time, they wanted them to be covered up,” says Tim Henshall, a British tour operator speaking to CNN about the tribe. 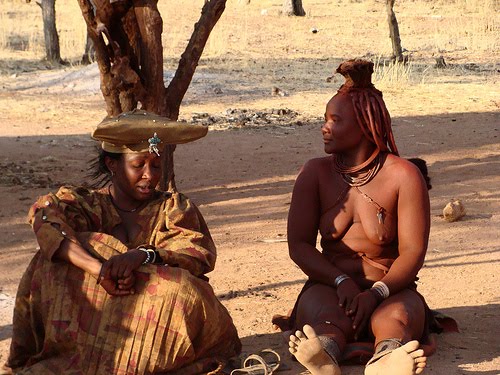 But what most articles highlighting this introduction of western dress into Africa fail to mention is that this was part of a much darker piece of history; a tragic story of the first genocide of the 20th century. The victims: the Herero people.

Soon after the German’s arrival in Africa, treaties made with the natives were already being violated. The Herero people were used as slave laborers, women and girls were routinely raped by German soldiers and their lands and cattle were randomly confiscated and given to German settlers. In 1904, the Herero people tried to rebel against the German colonial rule. The end result would set a precedent for Nazi Germany’s genocide known as the Holocaust. 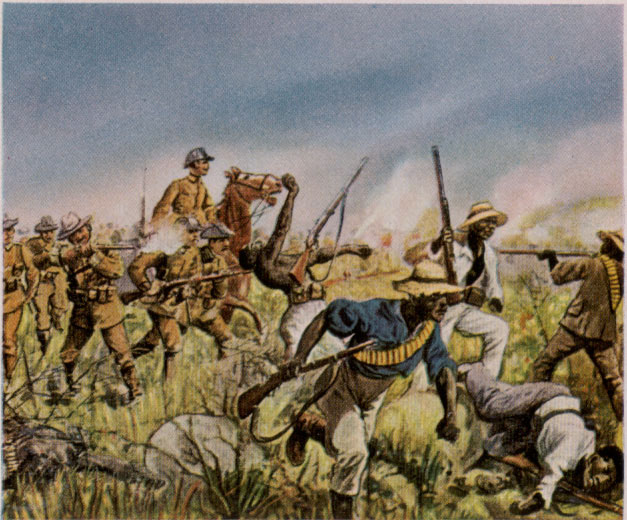 The Hereros that did not perish in the Battle of Waterberg against the German troops fled to the desert. Pursued far into the harsh conditions of the Namib desert, many escapees were captured and brutally executed. Those that made it far enough from the clutches of the German colonialists starved to death in the barren environment. Sources claim that the Germans also poisoned all the desert wells.

Under the orders of the ruthless General von Trotha, all survivors, mostly women and children were sent to a concentration camps. One such concentration camp on the nearby Shark Island registered an annual death rate of 86% for the Herero tribe and 227% for another imprisoned native tribe, the Nama.

Not only were the prisoners subject to inhumane conditions, in a foreshadowing of the cruelty that occurred at Auschwitz and Nazi death camps, the African tribes were used as human guinea pigs in torturous medical experiments. Scientists used the illegitimate children of Herero women and German officers as test subjects for race studies. Other experiments included injecting prisoners with smallpox, typhus and tuberculosis.

The island wasn’t called shark island for nothing. Everyday, when the tide was low, dozens of bodies were dumped on the small beaches and later became food for the sharks that circled the island. 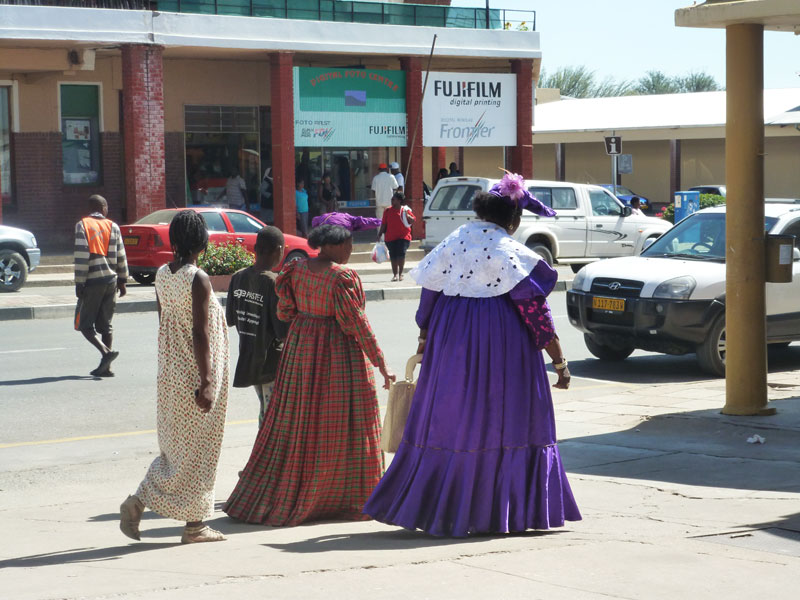 Knowing this, it’s hard to believe the Herero women would ever want to wear clothing that gave any reminder of such cruelty suffered by their people at the hands of the western world.

In 2004, at the 100th anniversary of the start of the genocide, a member of the German government officially apologized for the genocide in a speech:

“We Germans accept our historical and moral responsibility and the guilt incurred by Germans at that time.”

The possibility of paying out special compensations to the Namibians has been ruled out but Germany has promised continued economic aid for Namibia which currently amounts to $14m a year.

Lutz Marten, a linguist at London’s School of Oriental and African studies with a specialism in the Herero tribe attempts to explain why the Herero women still take pride in their Victorian dress, influenced by the very same people that committed a genocide on their own people.

“This is in part assimilation to European culture, and also in part appropriation, a coming-to-terms with, and overcoming of history and the colonial experience. 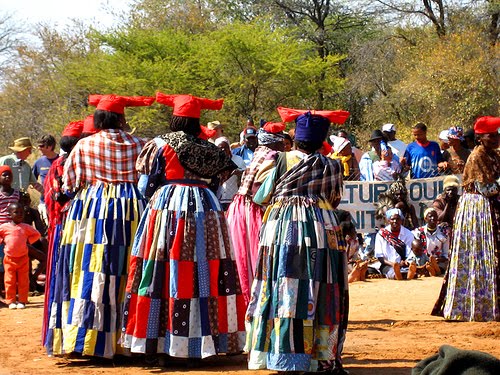 You can see variations of a similar style of dress on African women throughout the world and it’s quite amazing to understand just how much untold history, pride and thought there really is behind this way of dressing. I suppose that is what you truly call ‘wearing your heart on your sleeve’. 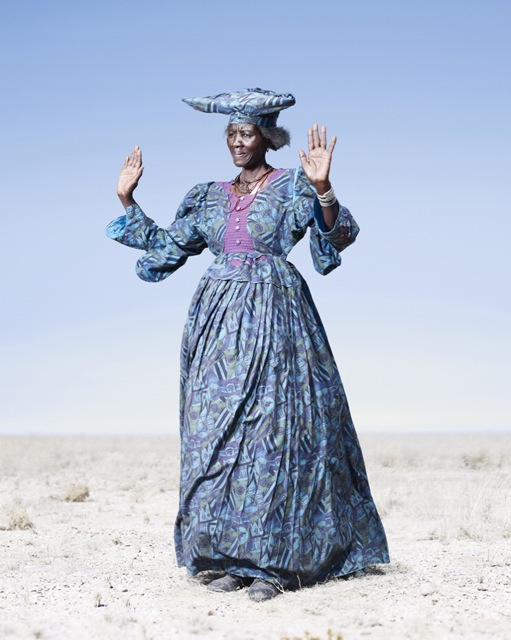 Via Saharan Vibe, My Beautiful Namibia, CNN and Wikipedia “The Herero Genocide” 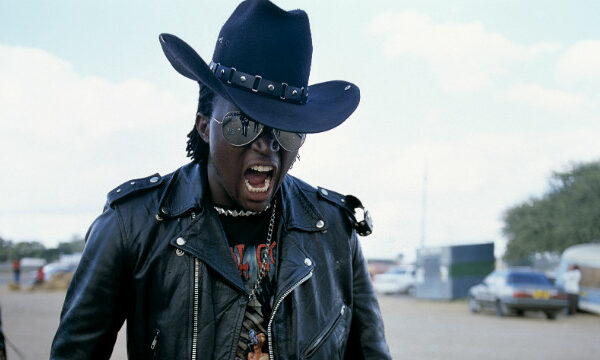 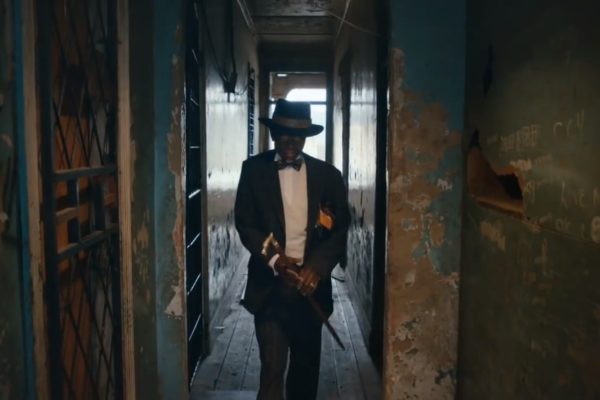 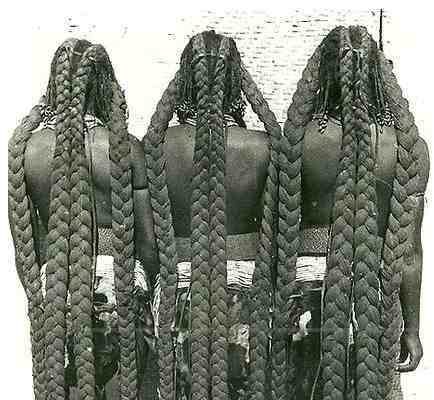 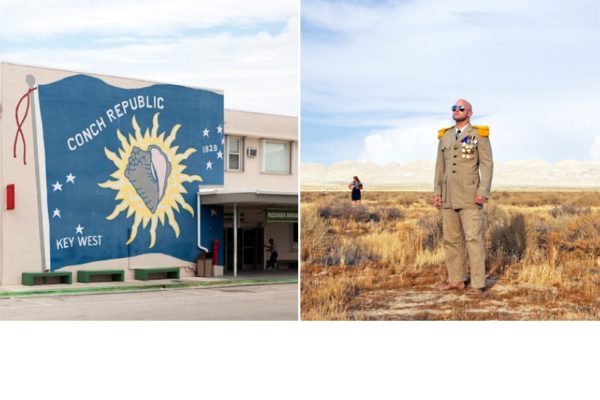 An Insider's Guide to the Unknown Kingdoms

So this exists: The Hipster Olympics
The Secret City of London (which is not part of London) Explained! 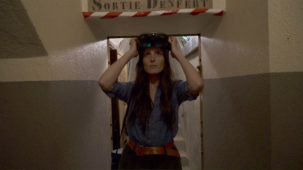