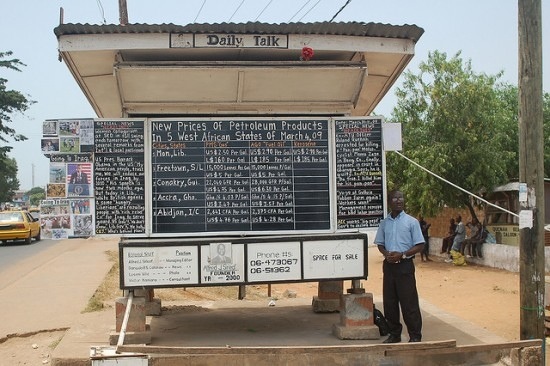 This is Alfred J. Sirleaf, the founder and sole editor of a ‘blackboard newspaper’ in Monrovia, Liberia’s capital city. Everyday, Alfred updates his newspaper, The Daily Talk (I can’t even paste a link), neatly writing the latest headlines using sticks of chalk in his “newsroom”, a small wooden shack attached to the back of his blackboard. 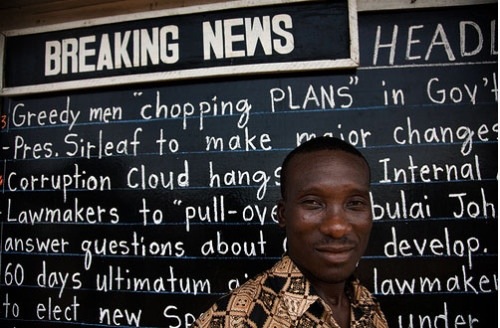 Alfred does not own a computer so to gather international news, he goes to an internet café and researches current affairs across the globe on sites like BBC News. For local reports, he relies on a few volunteer correspondents to bring him stories and special announcements. You might also notice his efforts to sell advertising space below the board.

Mr. Sirleaf’s blackboard newspaper may be a small operation but The Daily Talk is the most widely read report in the city of Monrovia. Alfred does everything he can to tackle Liberia’s shockingly low literacy rate and reach a wider audience by posting plenty of pictures and displaying various objects to symbolize keywords such as a blue helmet for the UN ‘peacekeeping’* force, a white handkerchief for US President Obama and a bottle of colored water to represent petrol prices.

*We’ll have to save the discussion of the UN’s peacekeeping methods for a rainy day. 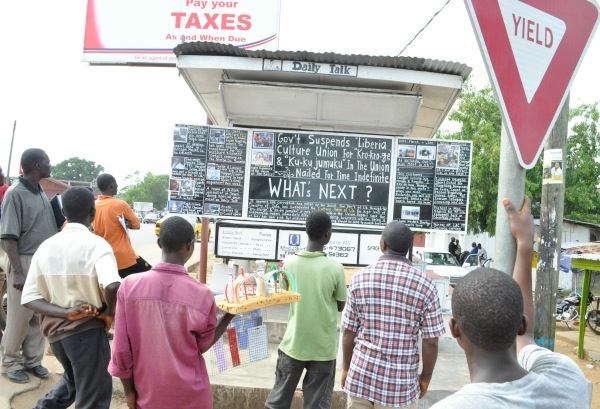 While the western world is already anticipating the end of print media, for the average citizen of Monrovia and much of the African continent, a printed newspaper is shockingly still a luxury of the future. Most Liberians cannot afford or don’t have the means (such as basic electricity) to access conventional mass media and The Daily Talk is effectively their only way to stay informed. 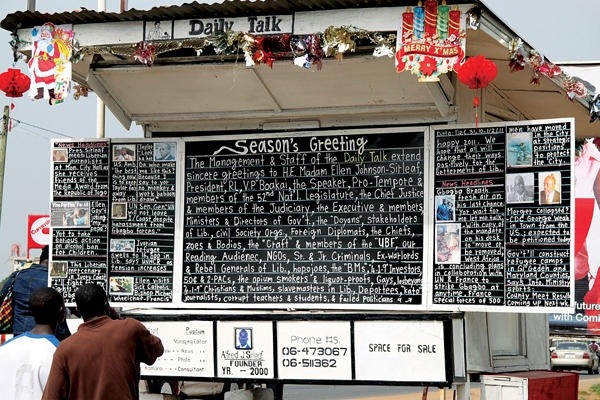 Alfred founded his unusual newspaper on Tubman Boulevard in 2000 during the height of the second civil Liberian war. As a journalist in a ravaged war-torn country, he strove to bring accurate and truthful reporting to the people on his blackboard. More often than not, this reporting was not favorable to then President Charles Taylor, a head of state publicly accused of atrocious war crimes and using child soldiers, as well as harboring wanted international terrorists. The Daily Talk was destroyed by government soldiers and Alfred was briefly jailed and exiled. But the Liberian journalist was not discouraged and rebuilt his news blackboard in time for the 2005 election of President Ellen Johnson Sirleaf (no relation) and resumed business as usual. 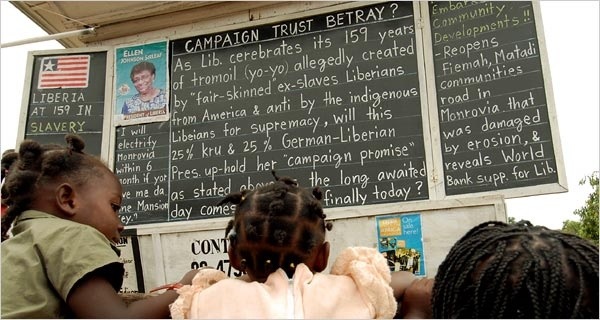 Alfred strongly believes that keeping his fellow Monrovians well-informed is the key to rebuilding his country and strengthening the people.

See how Mr. Sirleaf does it:

Today, MessyNessy is thankful for the freedom to write about the things I believe in, for the tools I’ve been given to share, and for the privilege of your eyes on my page. 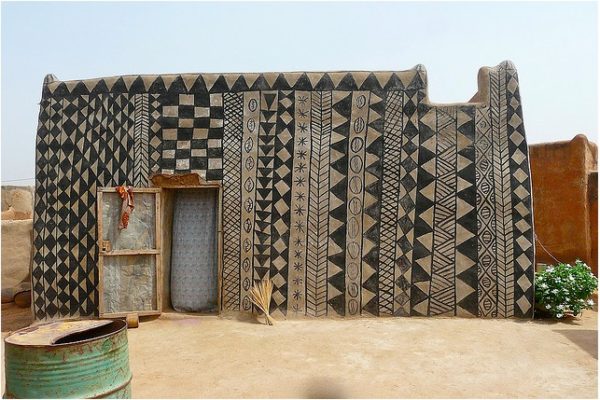 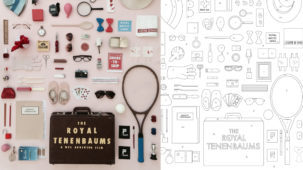