How to Make It in Paris: The Girl with the Luck of the Draw 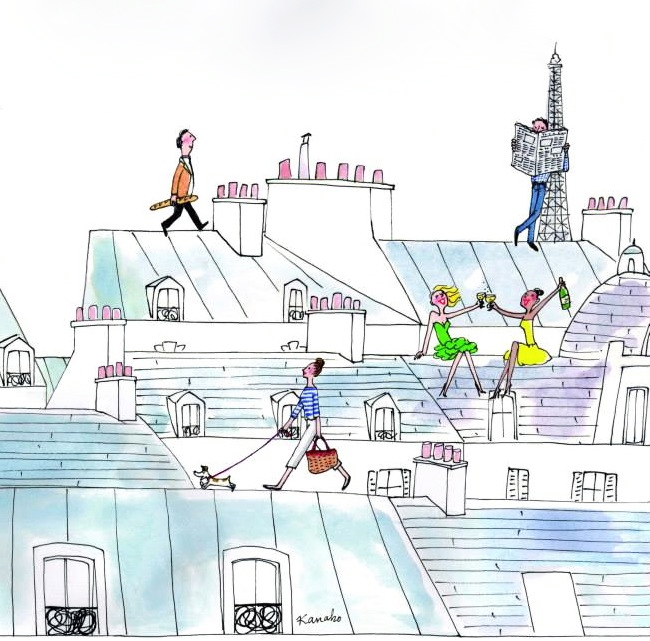 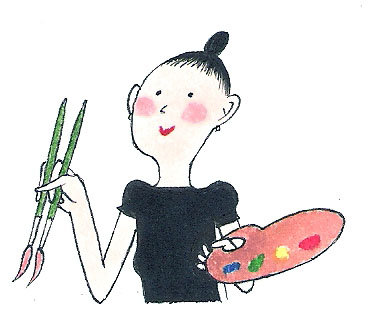 This is Kanako (that’s her self-portrait). She’s pretty much the quintessential example of ‘how to move to Paris and make it as an artist‘. Over the past few years, her charming illustrations have probably become as recognisable to most Parisians today as a Rodin or a Monet. Synonymous with the go-to lifestyle website for Parisian chic, My Little Paris, our Japanese-born Kanako Kuno has gone from being an unknown artist trying to make it in Paris (without a word of French) to being the toast of the town.

She is living the Parisian dream. As the artistic hand behind one of the biggest lifestyle websites in France, Kanako’s illustrations have gone up on billboards all around Paris this summer as part of a citywide exhibition of her work, in collaboration with the City Hall and My Little Paris.

So what exactly does she draw? Well, Kanako has come to know Parisians better than they even know themselves. With a splash of tongue-in-cheek, reminiscent of the beloved French cartoonist Sempé, she draws ‘les Parisiens’; their emotions and their lives. 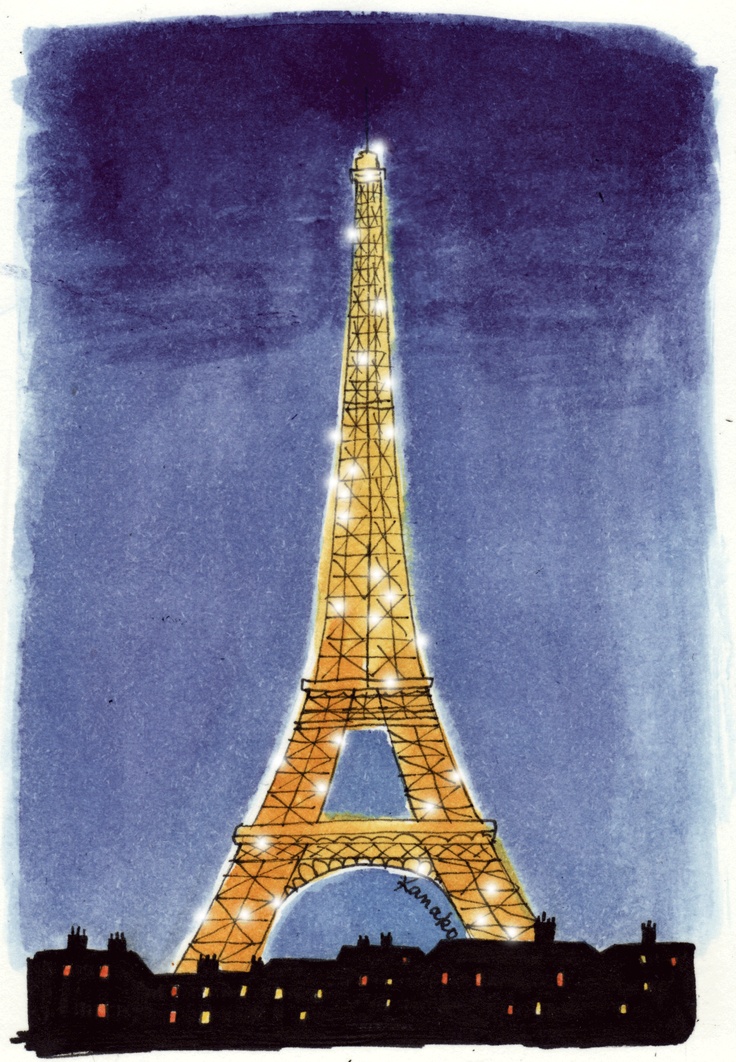 What brought you to Paris?

I wanted to start from zero. Which meant not knowing anybody and not knowing the language. And I wanted  somewhere with rich culture and good food. I told myself, why not Paris? (I had never been!) 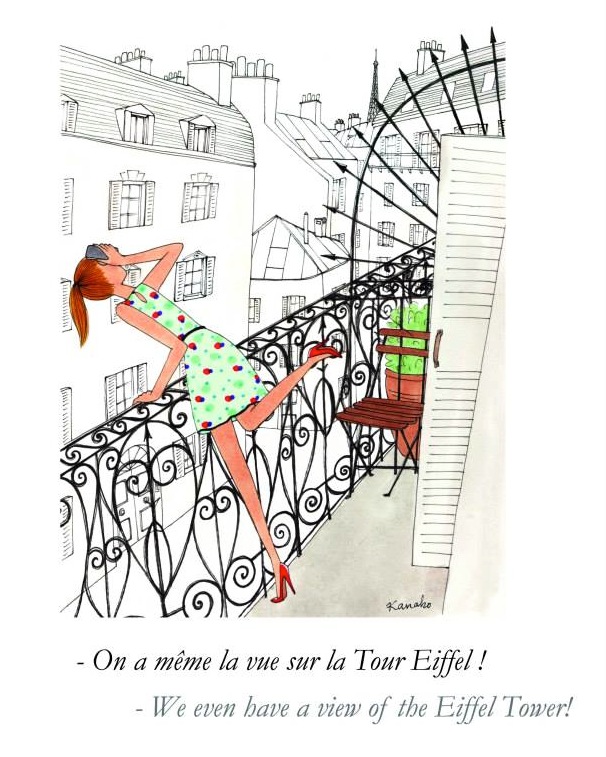 How did you feel when you first arrived?

I had hurt my ankle at the airport in Tokyo, my grandmother’s suitcase was broken and it arrived half open at the baggage claim in Paris. I couldn’t close it because I had packed way too much but a French man came over right away to help me. That was my first contact with a French person in Paris. I had heard Parisians were mean, cold and uninviting. ‘This is a good start”, I thought. 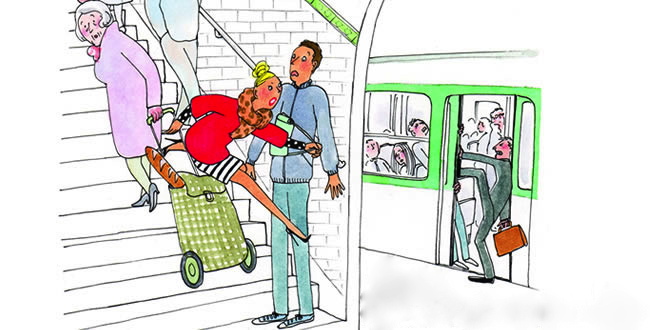 What is the funniest or strangest thing you remember seeing in Paris?

There are so many, but one day I was on the metro, there was a scary young man who sat alone and yelled intermittently. Everyone stayed as far as possible from him. Then, an elderly Indian woman in a sari got on the carriage, stood right next to him and started singing an Indian song. Meanwhile, we’re all still standing as far away as possible from him and thinking to ourselves, “no, no, madame, don’t stand there!”

Of course the young man started yelling at the woman but she didn’t care, she kept singing, he kept yelling.

Then she went closer to him, bent down and said something quietly to him in his ear.

A few minutes later, the young man was in her arms, weeping…

Having lived in Paris now for 8  years, what advice would you go back and give Kanako when she first arrived in Paris?

I’d tell her, “Don’t listen to anybody’s advice”! I’d also thank her for deciding to come to Paris alone, and for taking the job with My Little Paris, which has changed my life. 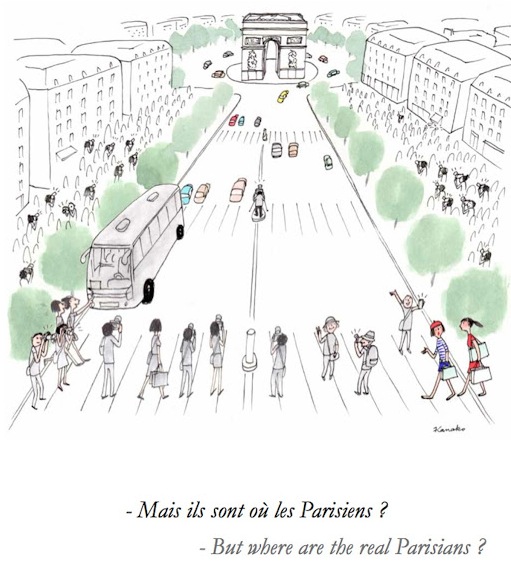 How did your story with MyLittleParis begin?

In Paris, there are a few days a year when artists open up their ateliers to the public and on one of these occasions, a friend of mine invited me to show my illustrations at her atelier.

Amandine, who would later become the editor in chief of My Little Paris, was doing a tour of the open day with her friend, but nearly didn’t come to visit us because she was tired and wanted to go home. Her friend convinced her, “just one more atelier!”, and Amandine ended up buying some of my postcards.

The first year we all worked without pay. The second year, we started being paid and I took a ‘carte de séjour’ for the right to work in France. The rest is history!

Where are we most likely to find you watching or observing Parisians?

On the terrace of a café. 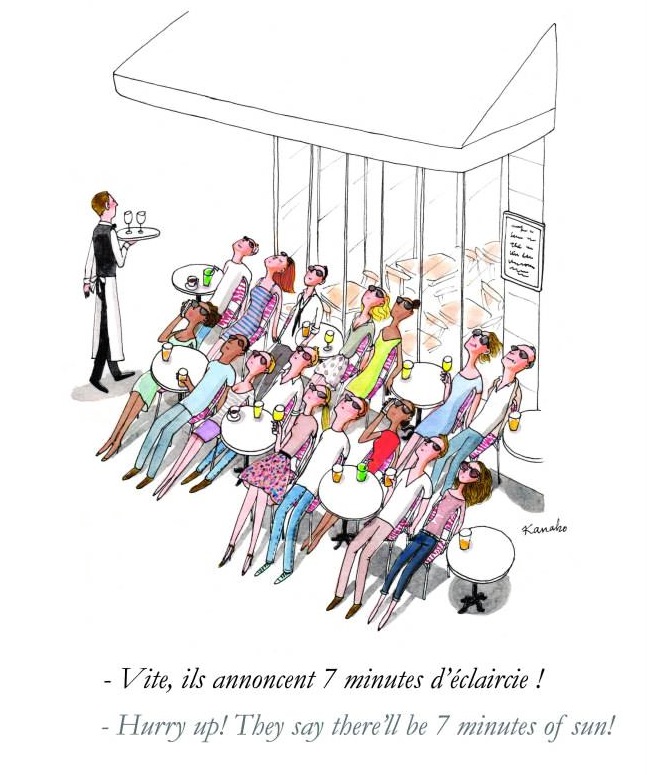 You draw many Parisian women, how has your perception of the ‘Parisienne’ changed since you first arrived in Paris?

In my eyes, Parisian women changed as my understanding of the language improved. As I learn the language gradually, they become more and more lively, like a drawing in black and white that starts to find colour… 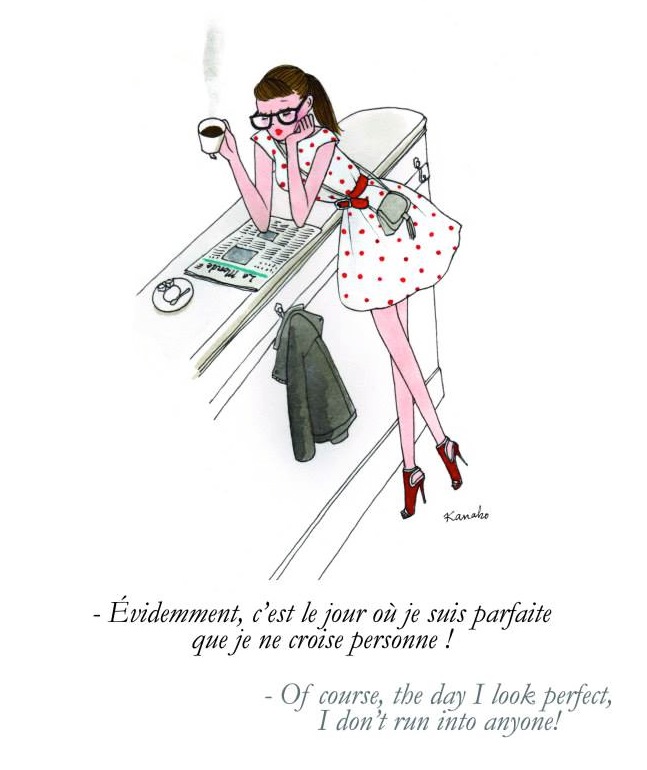 Sometimes I think they are really different from Japanese women, but mostly I find that the women are actually the same anywhere in the world. They talk the same, think the same, and it’s quite nice to discover that. 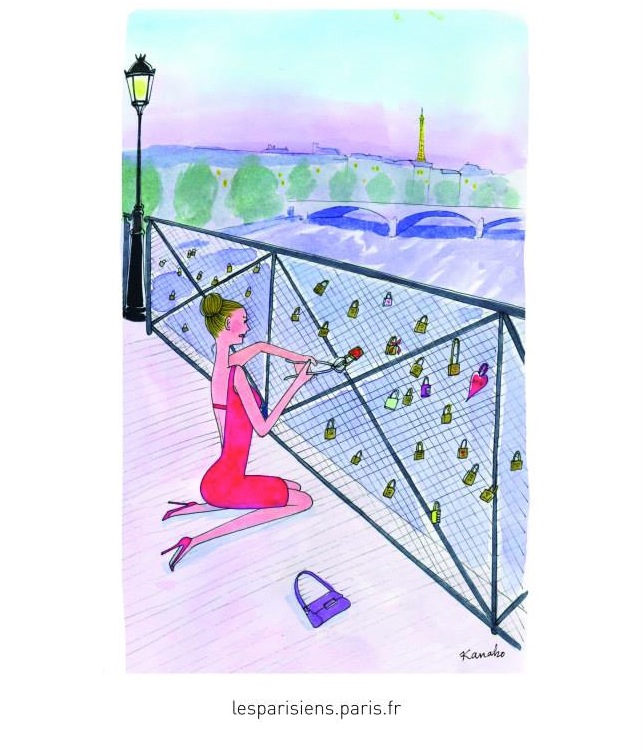 Can you explain to us briefly the process of a Kanako illustration?

When I find someone really interesting on the metro or in cafés, I’ll draw them right there on the piece of paper. But usually, my inspiration is everywhere in everyday life, even if I don’t draw it right away, it stays in my head and I’ll draw it back in my tiny but sunny apartment with a view of the Sacre Coeur! I work with felt pens, pens, watercolours and coloured pencils. 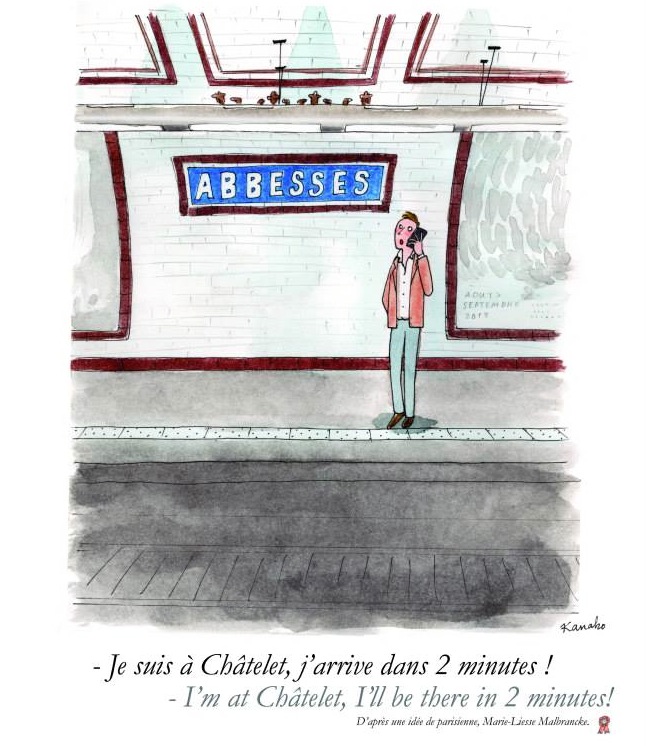 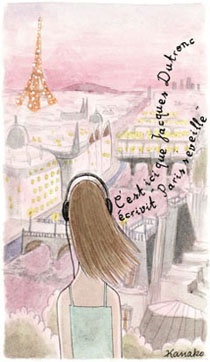 Do you have a favorite illustration you did?

It’s impossible to choose one, but I like this one for example, because I’m not good at drawing scenery but this one was not bad. And it’s poetic I find.

Your work is often talked about in the same sentence as the iconic French cartoonist Sempé? Do you agree with the comparison?

I’ve admired his works for a long time, even when I was still living in Japan. Maybe that’s why. But I’m no match for his wonderful works!! 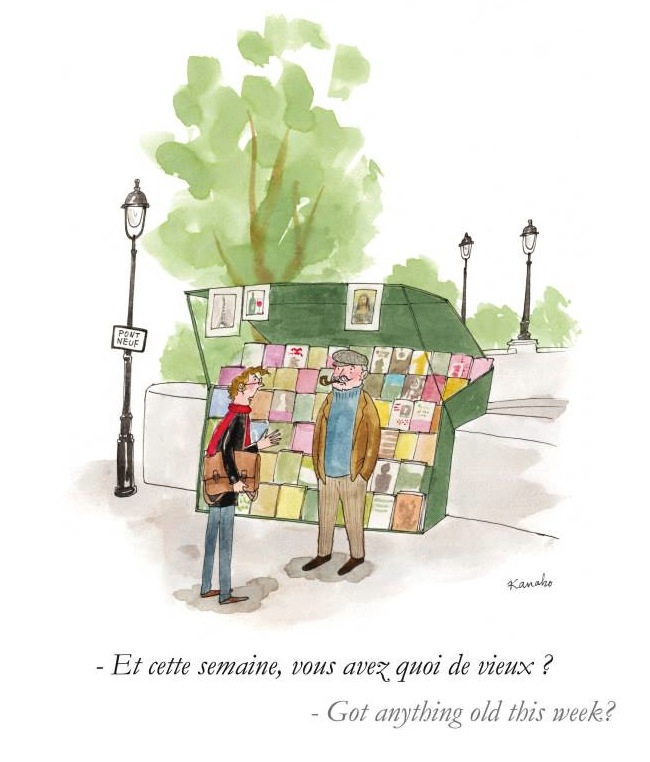 Can you tell us some of your favourite addresses in your quartier?

I live in Republique and the Canal St Martin is a good address all by itself just to hang out along the water, but specifically, I like to go to Le Comptoire General, a mysterious wonderland hangout hidden in the banks of the canal, and Le Verre Volé for its authentic wine kitchen. Oh, and the Place du Temple with its ‘countryside in Paris’ ambiance.

Where do you go to find the best homestyle Japanese food in Paris?

At the bar “La conserverie” at lunch time, they serve the greatest bento in Paris! 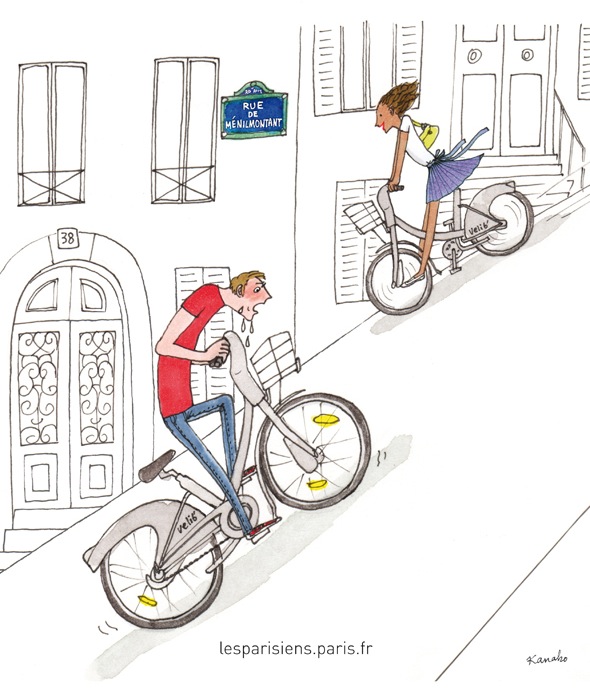 If you had a friend visiting you in Paris from abroad and you only had time to bring them to 3 places in Paris, which would they be?

1) A walk along the Seine for the view.

2) Musée Rodin for museum and the cafeteria in the garden.

Will you always stay in Paris?

I try not to think too much about the future, but for now I can’t imagine ever leaving this city.

All images by Kanako courtesy of MyLittleParis and Mairie de Paris 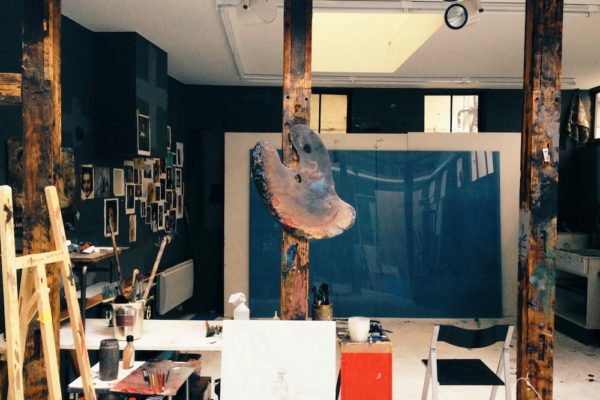 The Last American Artist in Paris: Inside the Studio 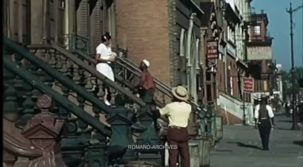