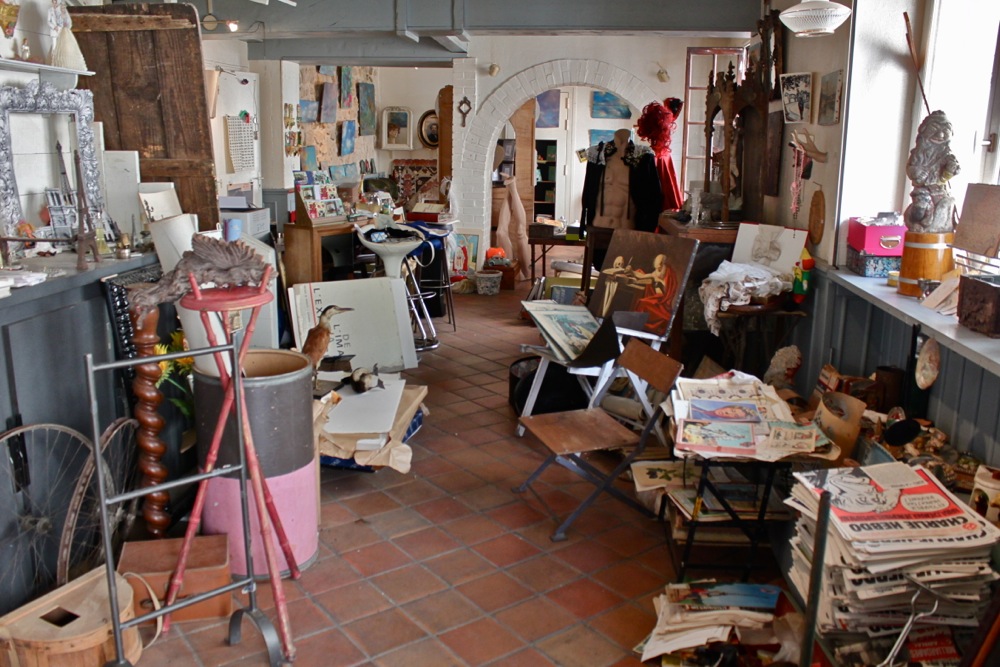 I once read somewhere that if you were to spend eight seconds in front of every piece of artwork in the Louvre’s collection it would take one year to see everything. I believe the same rule holds true for Station Arret Facultatif. It’s as if a tornado swept through Paris and dumped the best of the flea markets and bouquinistes into one strange, tiny shop. 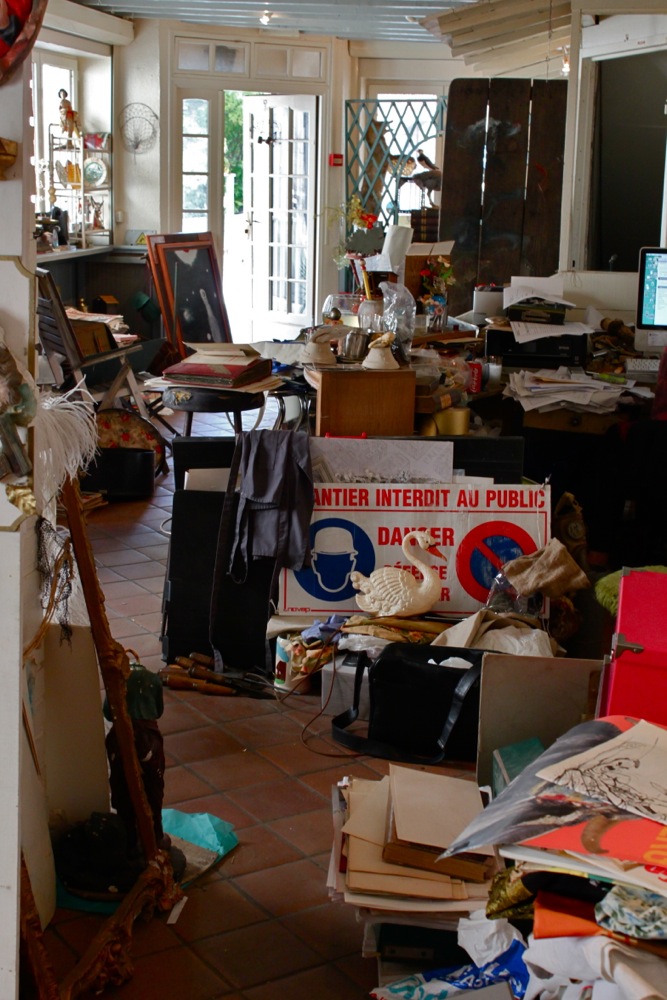 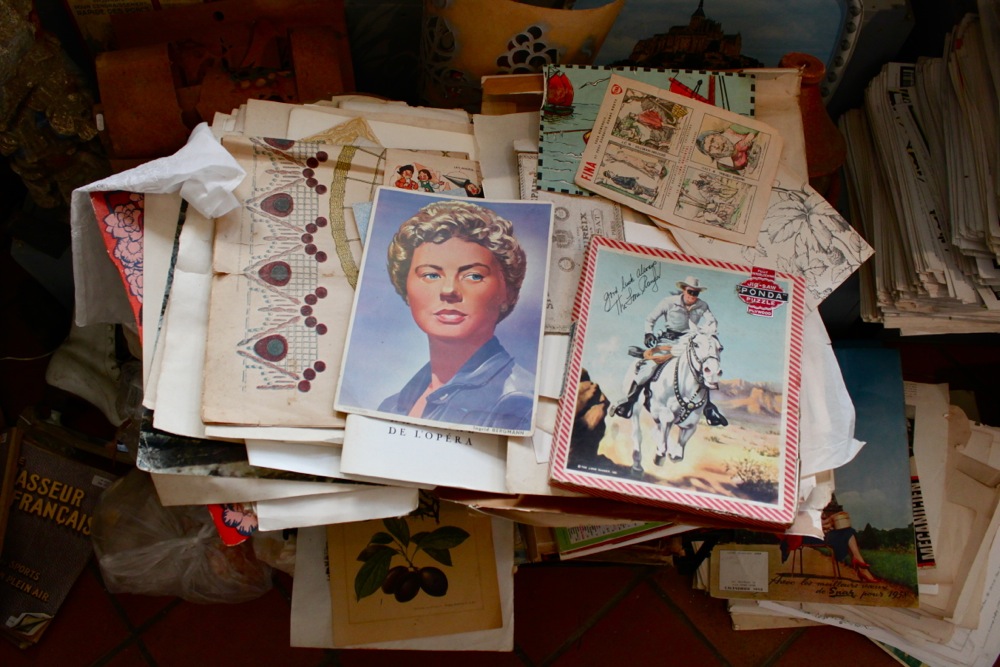 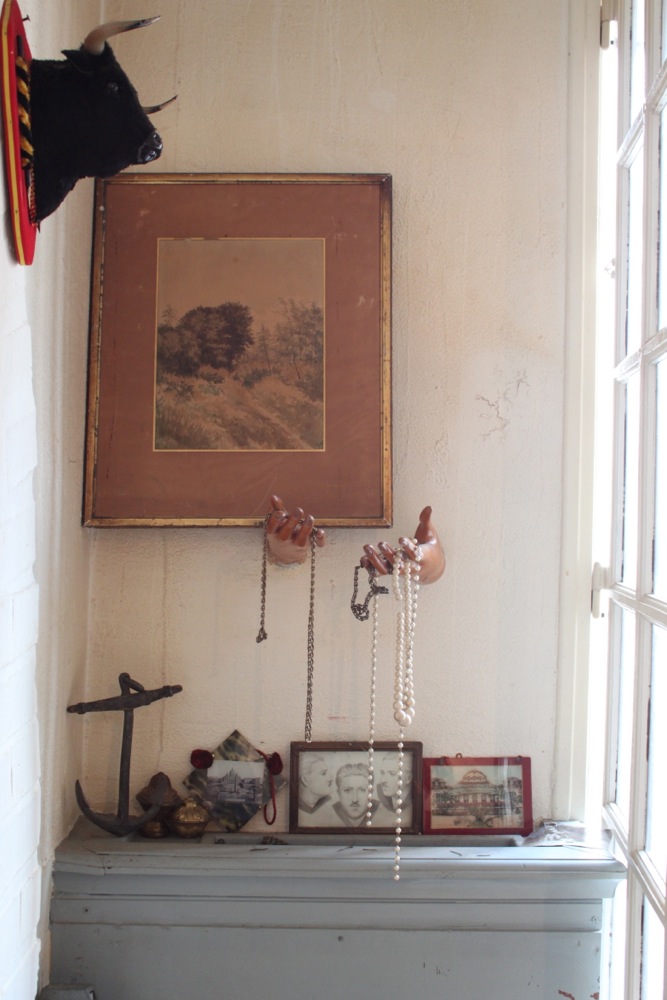 I found it while adventuring around a Parisian village called the Butte-aux-Cailles. I thought I’d stumbled into a fantastic antique shop. I was wrong. Anna-Marie Adda, the owner, is no antiquarian but an artist. Turns out I was in an art gallery. 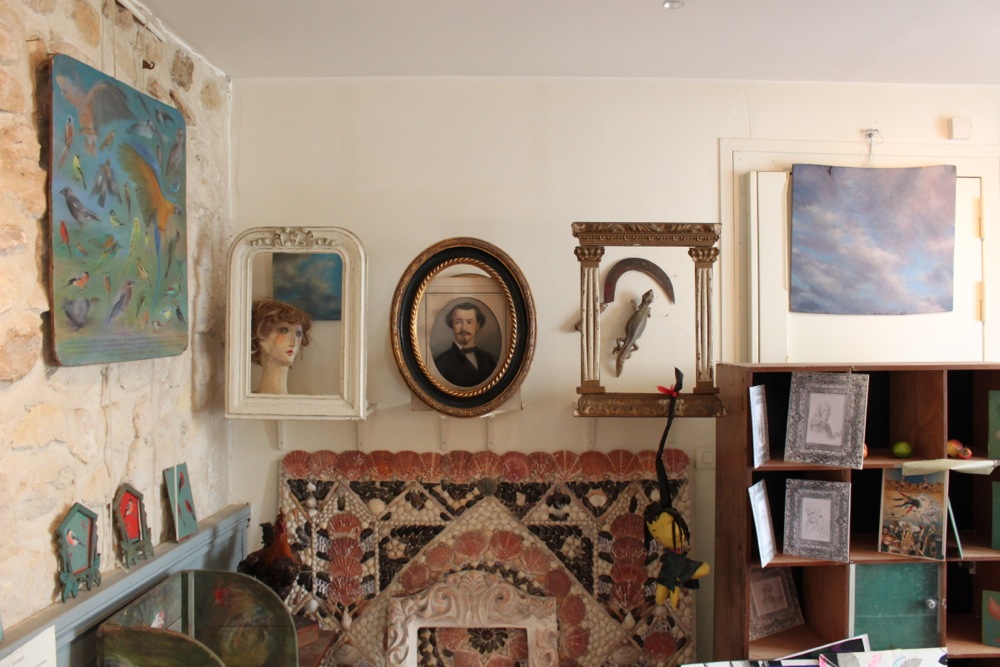 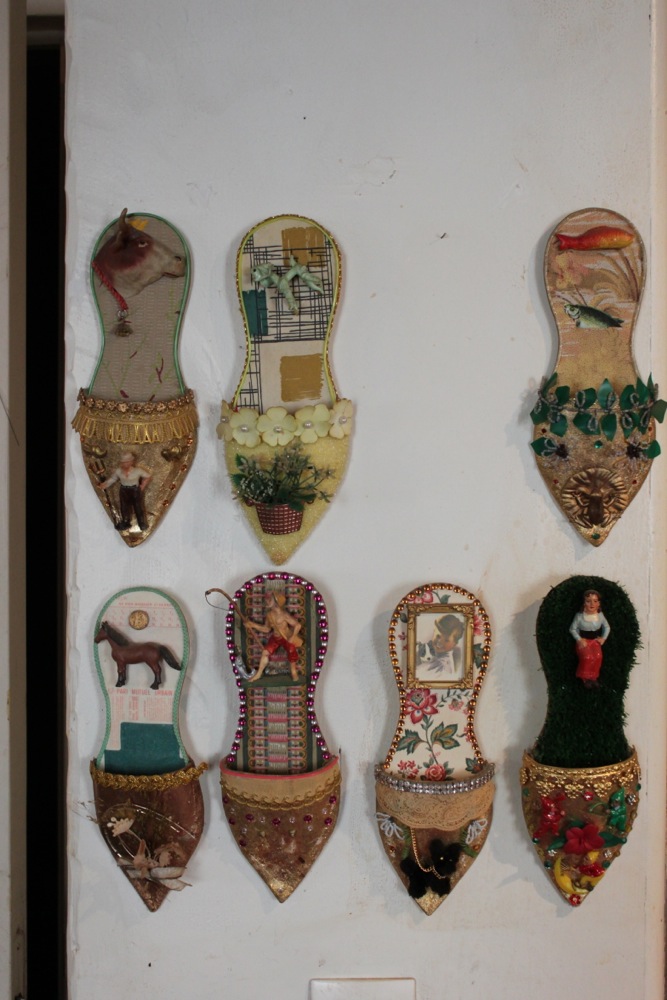 Anne-Marie has harbored a passion for objects her entire life; what some people call junk is like diesel for her turbocharged imagination. Especially old photographs and trinkets from the past. In 2008 she decided to open a gallery unlike any other in Paris. Instead of blank, sterile walls, Anne-Marie planned to adorn each exhibit with objects that complemented the artist and theme, envisioning a unique collaboration between artist and gallery-owner. 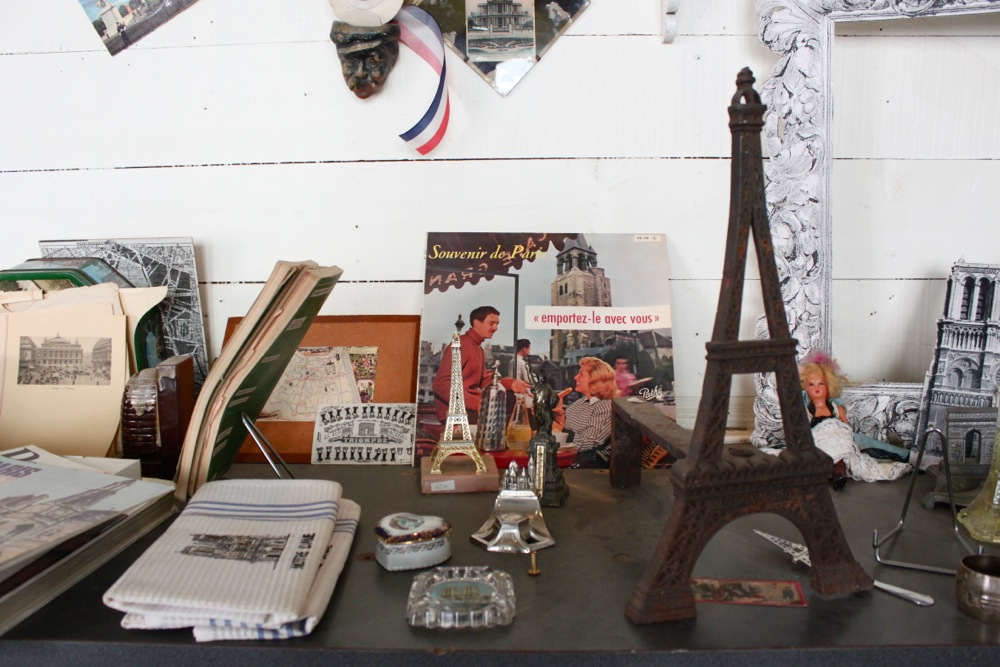 Unfortunately, few have expressed interest in showing their work at Station Arret Facultatif, preferring to be the star of their own show. So Anne-Marie displays her own art and peddles her knickknacks to local Parisians and collectors. 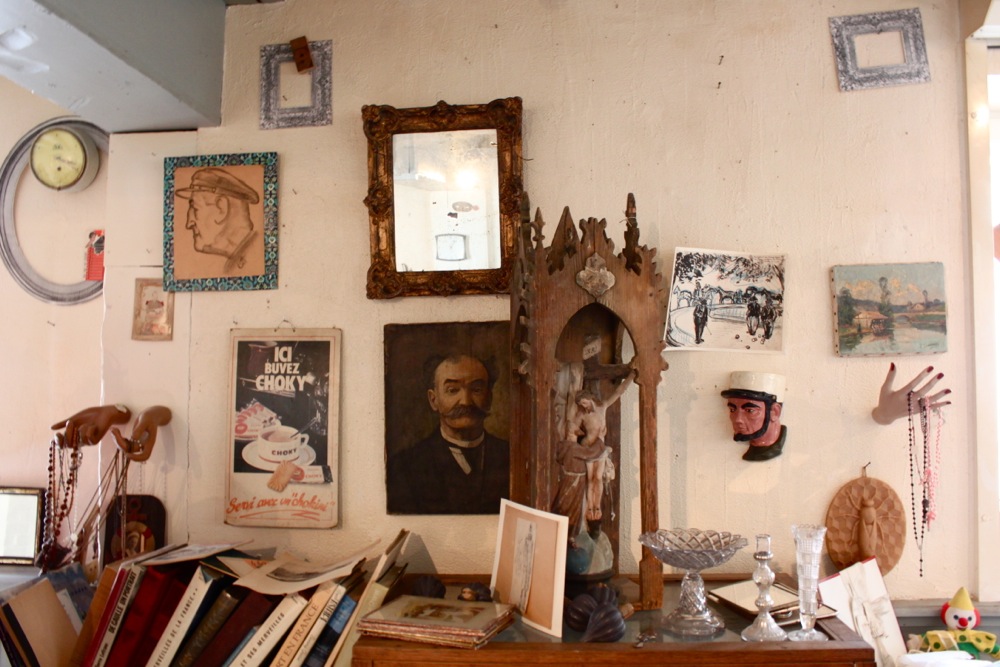 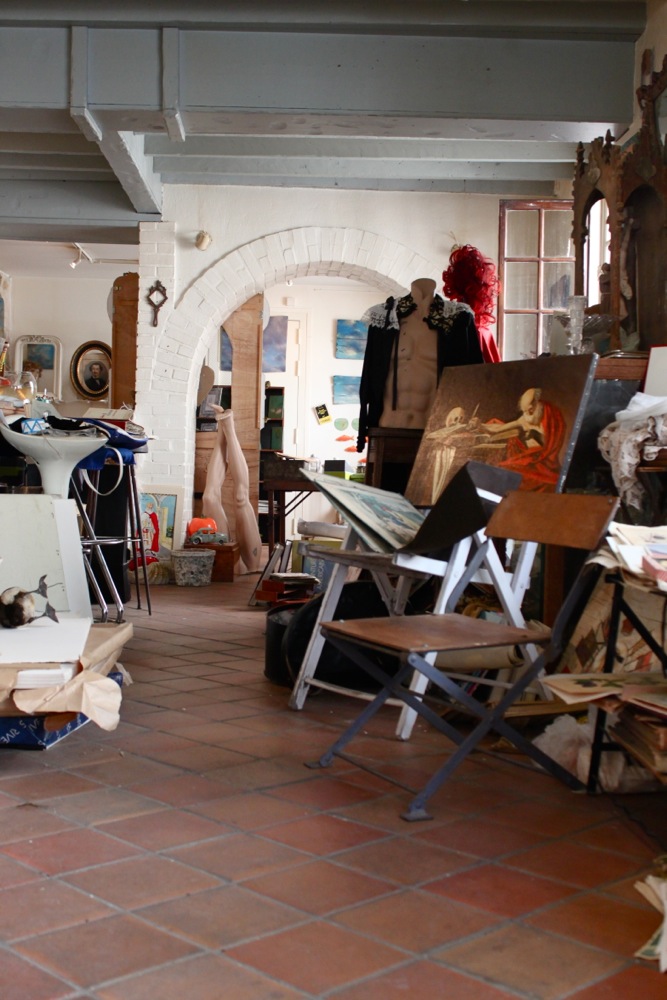 Perhaps artists would be more interested if they knew who they were dealing with. 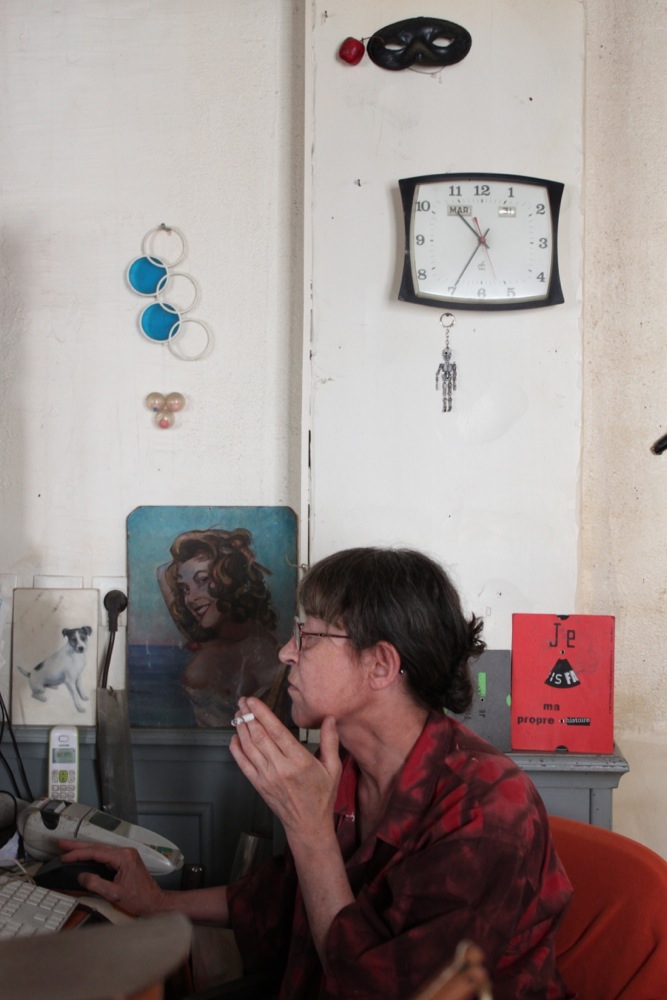 We’re not talking about some hoarder but a well-established character in the City of Light. She began by studying textiles at the École des arts appliqués in Paris but left, only a few credits away from a diploma. She then worked at a textile company for one year but quit to freelance. Kenzo, Nina Ricci, and Dior all featured her designs on their scarves and ascots. One day she met Jacques Helleu, the artistic director of Chanel, through a friend. For fifteen years he comissioned her to design everything from perfume bottles to jewelery to window displays. “Most of this work included, or was inspired by, my objects.” In 1984, Anne-Marie and six friends started the well-known French publishing company Le Dilettante. She desgined all of their book covers, each one uniquely tailored to the author and their work. You can can see how her trinkets played muse… 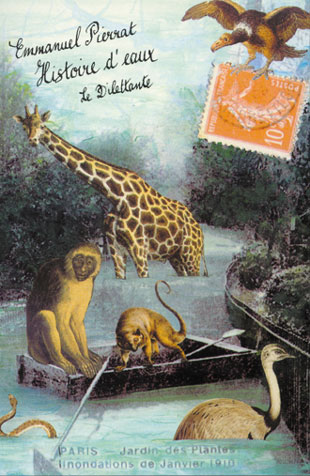 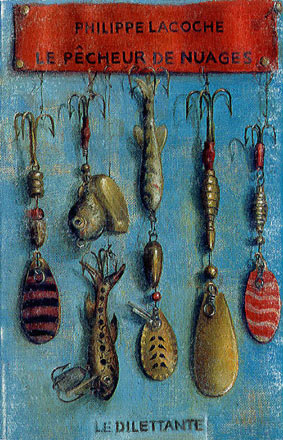 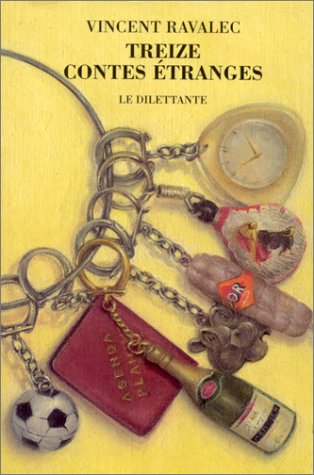 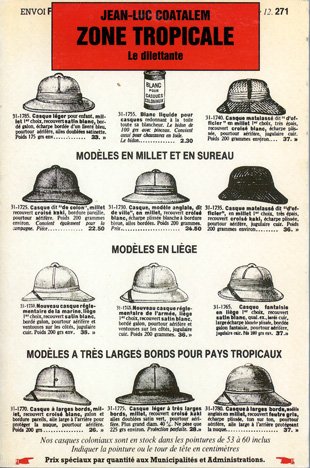 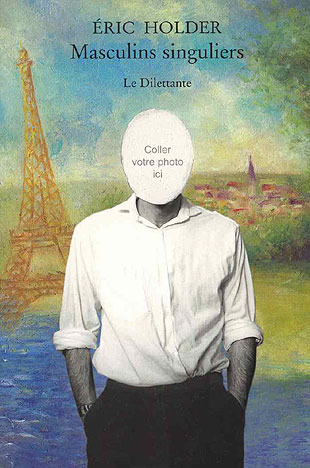 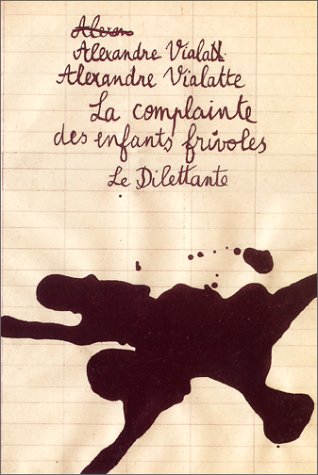 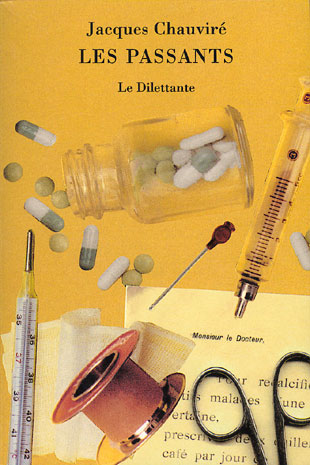 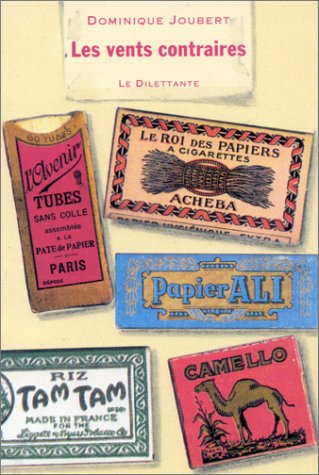 Eventually France’s most famous publishing companies sought her out to create their latest covers. She still designs a few from time to time, but Anne-Marie is mostly occupied with her emporium of curiosities. 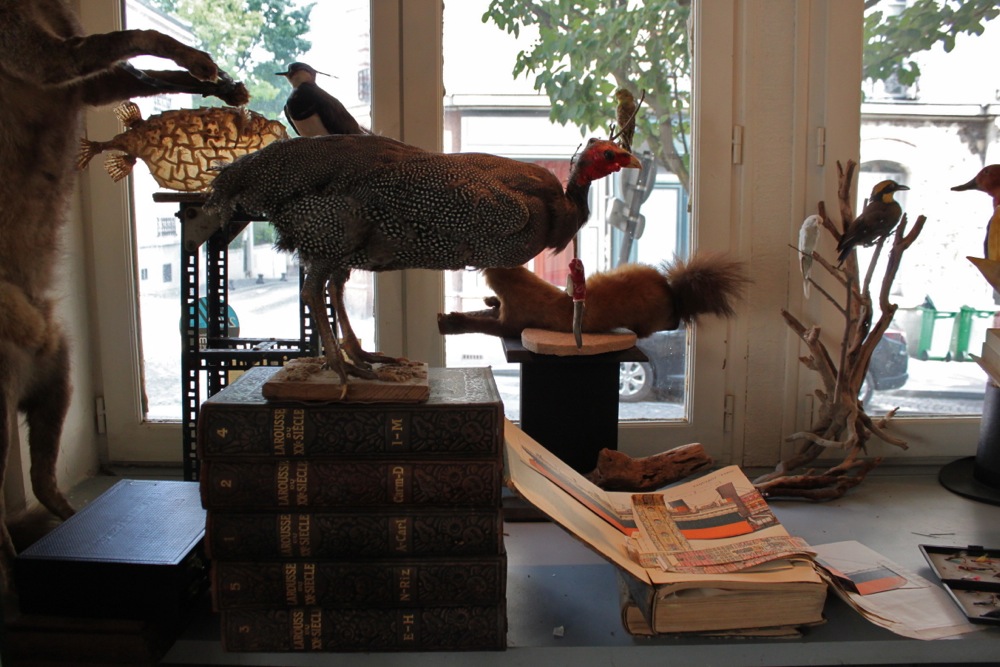 The woman is a human encyclopedia on the treasure troves of Paris. Suffering insomia from a very young age, she spent her adolescence trekking across the city in the wee hours of the morning to set up stalls at various flea markets. I simply had to know where she shopped. 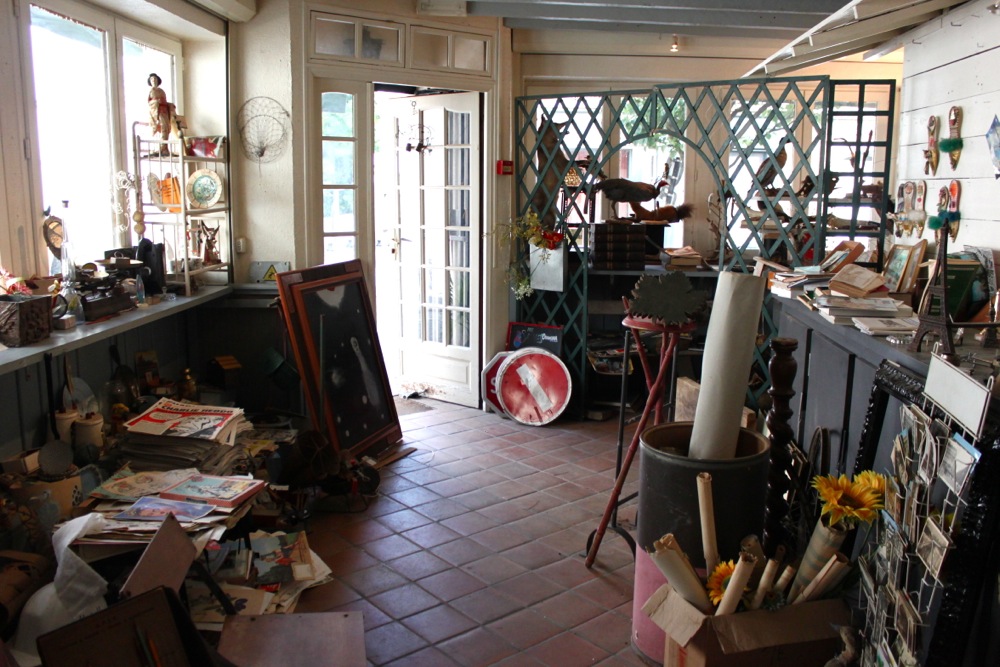 She hunts online, at the Vanves flea market and at Emmaüs, a French organisation similar to the Salvation Army. She noted that the Montreuil flea market is worth a visit but that the famous puces de Saint-Ouen is overpriced. 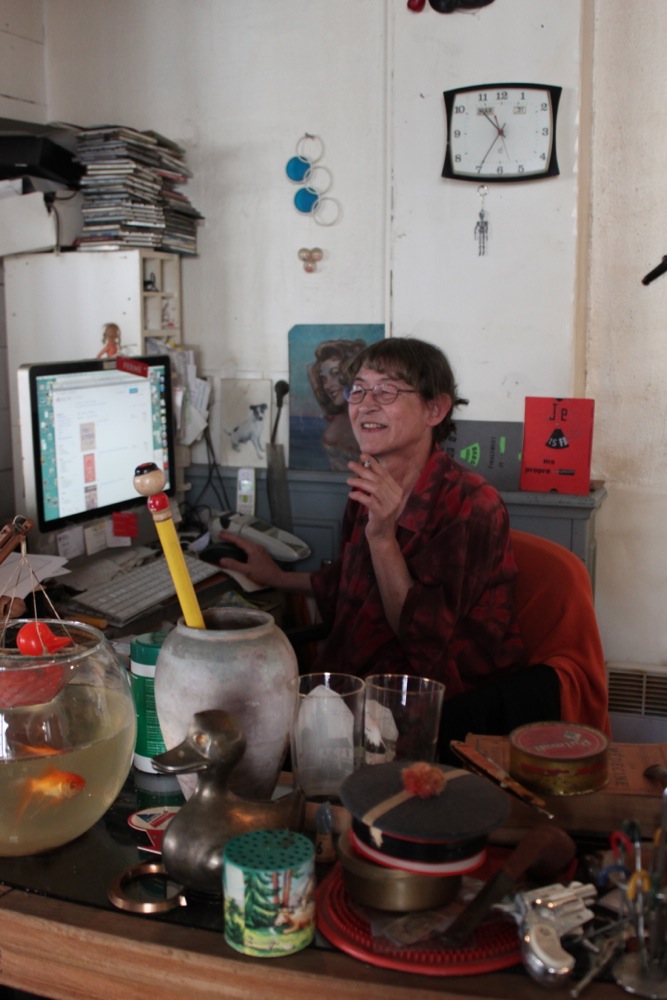 And yes, that is a live fish and it’s in a different display every time I visit.

It’s no surprise that Anne-Marie made a couple of I-Spy books. Enter her wonderful world of trinkets and buy them here. 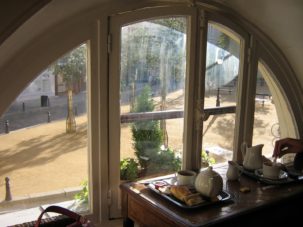