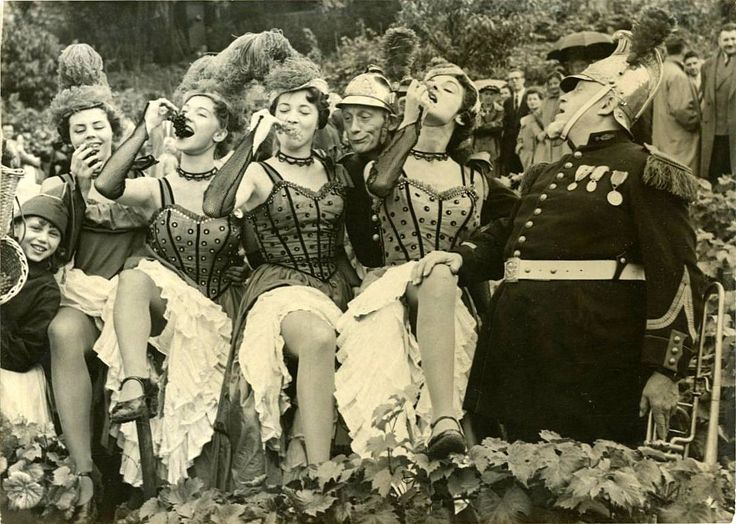 The Montmartre annual wine harvest has been a festive Parisian tradition since 1934, but we’ve come across some photographs from the 1950s that reveal a time in the vineyard’s history when the grape-picking ceremony added an extra kick into the celebration. Wink wink. 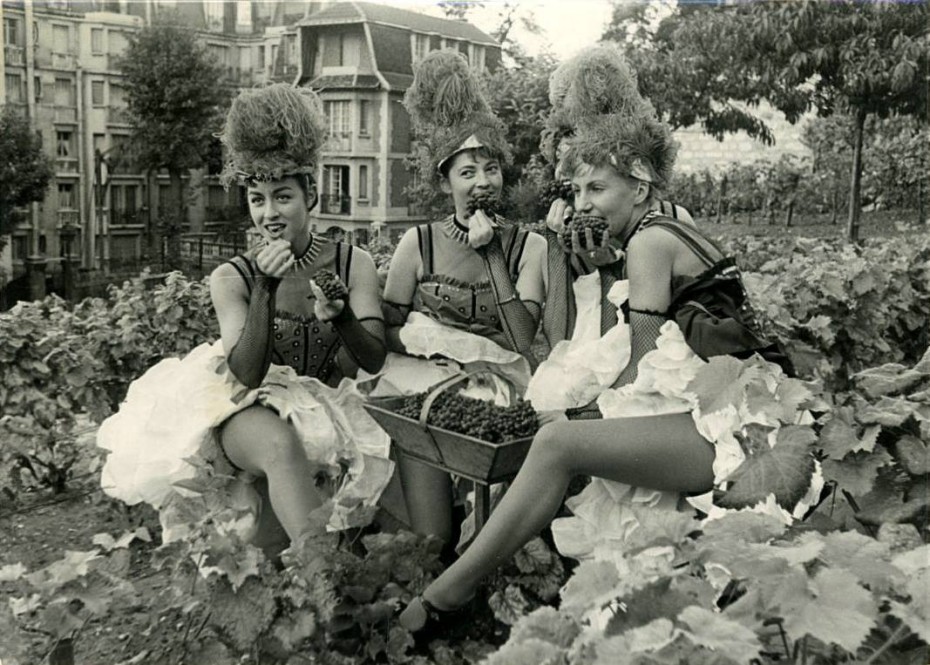 Since the 19th century, the Parisian vineyard’s closest neighbours have included the infamous cabaret and burlesque houses of Montmartre. Among them, the Moulin Rouge, birthplace of the can-can, and just across the street at the foot of the vines is one of Paris’ most beloved cabarets, Au Lapin Agile, famously painted by Picasso. 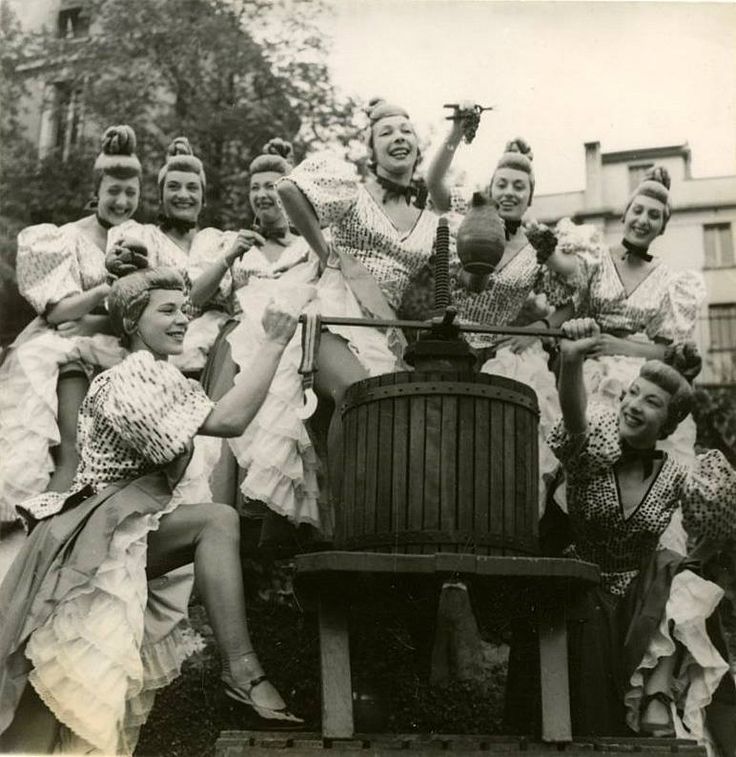 So naturally, the neighbourly thing to do was of course to invite these leggy ladies to can-can over the vines and grind the grapes. Fun for all! 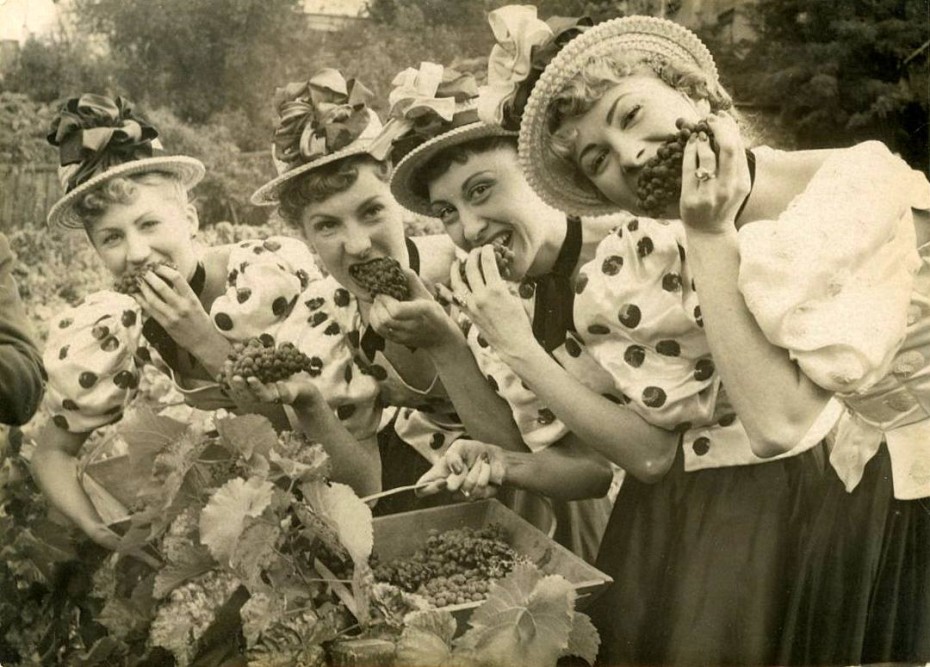 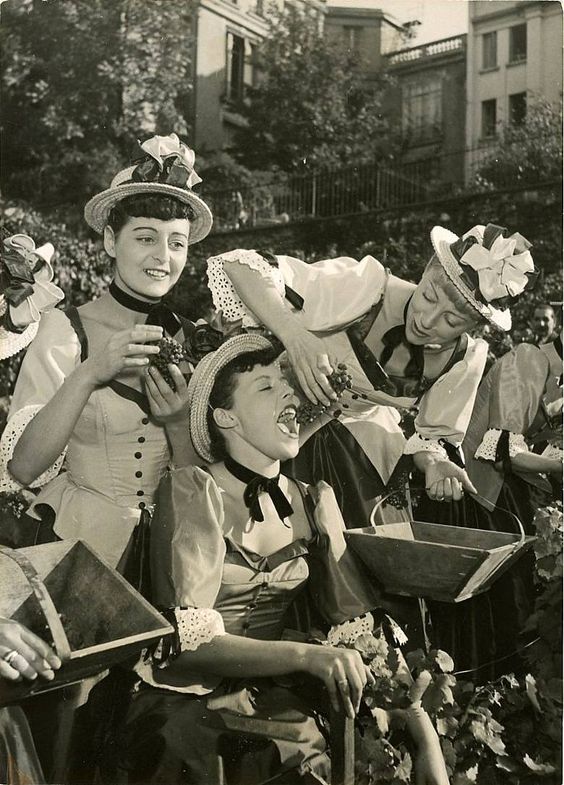 I dug up a 1952 Pathé newsreel of the girls in action at the Clos de Montmartre, one of Paris’s last three working vineyards, which still produces 1500 half-litre bottles each year…

I’m not sure if the nuns from the old neighbouring abbey who originally planted the vines back in the 12th century would have approved, but everyone else certainly seems to be enjoying their presence! And according to the newsreel, it was “all in aid of the children of Montmartre”. 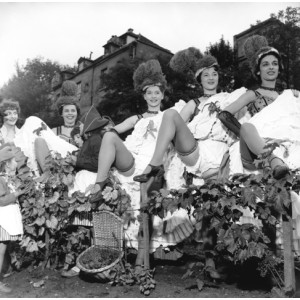 I can’t say I’ve attended the festival every year, but I couldn’t find any other photographs of the dancers doing the can-can harvest after 1965 and my guess is (I could be wrong), that they’ve not been invited back to do the harvest for quite a while. Perhaps one of the officials got a little too hands on?!

Well I say bring back the can-can wine harvest! Who doesn’t love a good glass of Moulin Rouge?

Images via Getty and Montmartre Addict for more vintage photos of the festival. 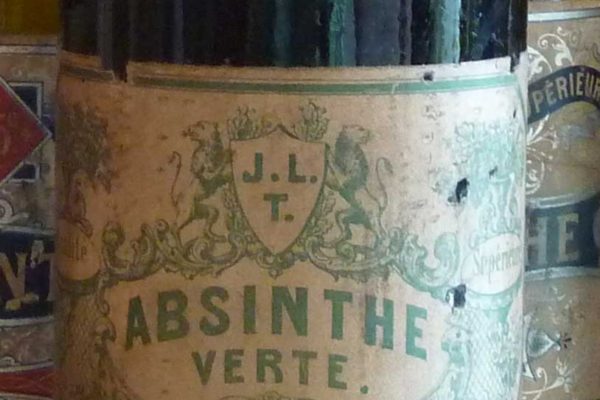 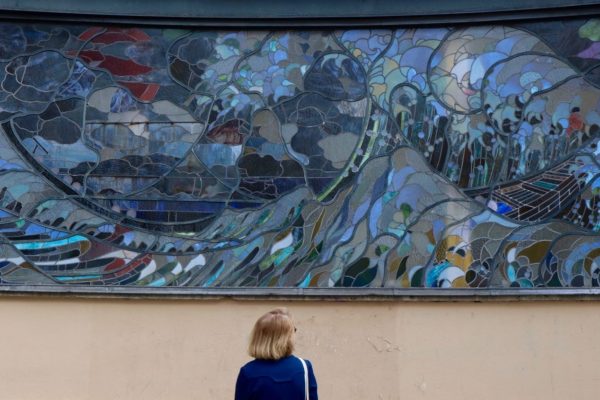 Unlocking the Mystery of Villa Frochot 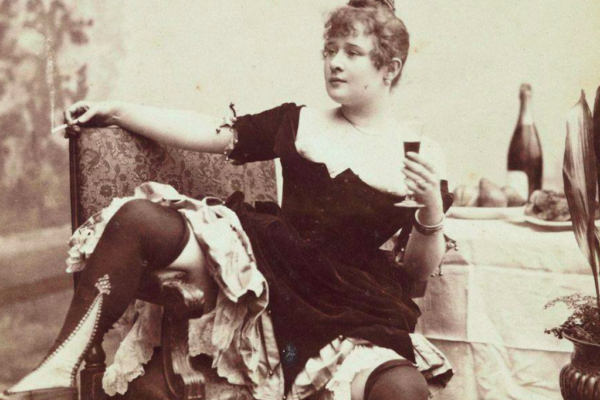 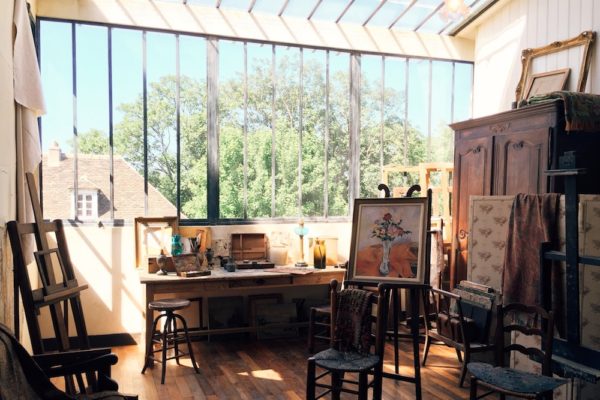 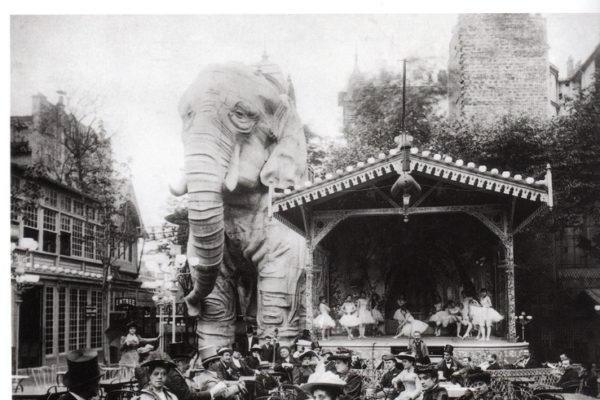 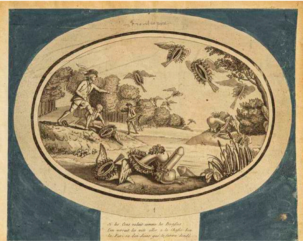