There are places in New York and the northeastern coast of America, where a pleasurable trip to the seaside can take a turn for the peculiar. You may be wandering along a bucolic beach only to stumble across the abandoned ruins of brutalist concrete structures lying half buried in the sand, evoking the iconic end of the Planet of the Apes. You may discover abandoned concrete pillboxes, or doorways and hatches buried into the dunes that lead to underground tunnels, or the rusting remains of giant radar and other listening devices…

All of them were built with one purpose in mind: to protect against the enemy. For these concrete ruins are relics of the Second World War and the Cold War, and part of America’s coastal defence against Germany and the Soviet Union. Some of these ruins are lying in plain sight on popular beaches and in public parks; other are more remote, lying forgotten along wild stretches of coastline.

But none are as mysterious as Camp Hero in Montauk Point, New York; a former military base abandoned in the 1980s, and the alleged site of sinister government experiments. It’s as if Area 51, Stranger Things, the X-Files and the Twilight Zone had all descended on one small, picturesque seaside community at the far end of Long Island.  Today, Camp Hero is a New York State-run public park with nearly 800 acres of wild beaches, dense forests and wetlands. But dotted around the park you will find the ruins of its past life.

From its beginning, Camp Hero was built with deception in mind. Constructed in 1942 as the home of the Montauk Air Force Station, Camp Hero was a coastal artillery base charged with protecting Long Island Sound from German submarine and naval attacks. Camp Hero was the height of subterfuge, disguised as a fishing village to fool Nazi reconnaissance. Concrete military buildings were painted with fake wood sidings and false windows to resemble cottages; there was even a downtown, although all that remains today are the ruins of a bowling alley, and a gymnasium, which was disguised as a New England church, complete with a steeple.

But Camp Hero’s ‘ruse de guerre’ would soon become overshadowed by whispers of something much more sinister: a series of highly top secret, government run experiments, known as the Montauk Project. The project was rumoured to be an extension of the 1943 Philadelphia Experiment, a conspiracy theory centred around the US Navy’s project to manipulate powerful electromagnetic fields aboard the USS Eldridge to render the ship “invisible” to enemy radar, mines and torpedoes. Much of the Philadelphia Experiment has been debunked as tall tales, but what is true is that towards the end of World War II, US intelligence embarked on a fiercely aggressive programme to track down as many Nazi scientists and technicians as possible before they fell into the hands of the Soviet Union. Codenamed Operation Paperclip, nearly 1,600 captured Nazi scientists were secretly relocated to the US, and put to work on a wide range of government projects; the operation included smuggling out the likes of Werner von Braun, the leading architect of Germany’s deadly V-2 rocket programme, who would go on to design the Saturn V rocket that propelled the Apollo missions to the Moon.

But according to some conspiracy theorists, the covert Operation Paperclip also included German scientists who had worked on biological research and medical treatments, such as doctors who had experimented on the use of mescaline – a powerful psychedelic comparable to LSD – with prisoners at Dachau. They were stationed at Camp Hero to work on projects based on the Philadelphia Experiment. Their mission: to create powerful new weapon for the US Department of Defence, that could control human minds, brain wash participants, drive an enemy insane, or induce the symptoms of schizophrenia at the touch of a button.

Most of Camp Hero’s conspiracy theories centre around the enormous 126 foot radar dish, that is perched upon a windowless concrete monolith that towers over the other abandoned buildings in the park. Built in 1958 at the height of the Cold War, the AN/FPS-35 radar was part of the Semi-Automatic Ground Environment (SAGE) defence network, designed to detect a surprise attack by Soviet missile bombers.

From Camp Hero, the giant radar would give the United Sates a thirty minute warning should the unthinkable happen. The radar worked in conjunction with the Nike missile project, a surface to air missile developed by Bell Telephone Laboratories, that was situated in hidden batteries along the coastlines surrounding America’s most important strategic cities. Around New York City alone, there were nineteen secret and heavily guarded Nike missile sites, part of what the US Army called a ‘Ring of Supersonic Steel.’

Christopher Garetano is a filmmaker who grew up near Camp Hero, who explored the peculiar goings on in his excellent documentary  “Montauk Chronicles”. The film investigates the alleged human experiments that took place as part of the Montauk Project, in facilities buried deep underneath the radar tower. “I started hearing these strange and bizarre stories about Montauk, things that were not normal. Every twelve seconds the radar would rotate and there would be animals freaking out and people getting headaches and bad dreams. People’s electrical devices would go haywire, there would be covert military vans and helicopters zipping around the perimeter.”

One of the key investigations into Camp Hero is Preston Nichols and Peter Moon’s 1992 book, The Montauk Project: Experiments in Time. According to Nichols and Moon, the facility comprised of twelve levels hidden underneath the radar station, where the government developed psychological warfare techniques using electromagnetic radiation on homeless people and runaway teenagers, known as ‘the Montauk Boys’ that ranged from mind control to psychic abilities and even time travel. No wonder that the mysterious abandoned base would provide the inspiration for Netflix’s Stranger Things.

Although “The Montauk Project”, with its wild claims of time travel and alien interactions is widely regarded as a work of science fiction, it does have some physical evidence behind some theories, most notably inside and underneath the abandoned radar tower itself. When the deeds to Camp Hero were handed over from the government to the New York State Department of Parks and Recreation in 1984, the paperwork stipulated whilst New York State would own everything on the surface of the base (what is today the public park), the government retained ‘ownership of everything below the surface’ – indication of a larger facility lying hidden beneath…

One explorer of Camp Hero, Brian Minnick, discovered an underground tunnel at the end of which was a “heavy door, and it had a heavy wheel, like a bank vault.” Alongside other sealed entrances, Minnick uncovered rooms decorated with highly psychedelic patterned wallpaper, perhaps used in some of the mind control experiments. Most intriguingly of all, Minnick found records of vast quantities of food being ordered to Camp Hero in the late 1980s, at a cost of $80,000 a month, years after the US Military had decommissioned the base.

But if stories of US government running experiments on humans seems too far fetched and more suited to the realms of an investigation by Mulder and Scully, sceptics would do well to delve into the documents entered into the public record by an 1977 Congressional investigation into a CIA run project called MK Ultra:

Approved by CIA director Allan Dulles in 1953, Project MK-Ultra conducted hundreds of experiments under the title of “Research In Behavioral Modification.” Mostly the experiments assessed the use of LSD and other drugs for mind control, information gathering and psychological torture. With Communist paranoia at its height, the CIA felt justified in experimenting to produce ‘truth drugs’ to interrogate Soviet spies, and other methods of mind control. Speaking to an audience of Princeton alumni, Dulles laid out his covert project: “I wonder whether we realise how sinister the battle for men’s minds has become in Soviet hands. We might call it, in its new form, ‘brain warfare.’”

One subproject attempted to create a ‘Perfect Concussion’ program where ‘sub-aural frequency blasts’ would erase human memory, or as described in the Congressional investigation, “material and physical methods which will produce amnesia for events preceding and during their use.” Other experiments tried to “produce shock and confusion over extended periods of time and capable of surreptitious use” and “substances which produce physical disablement such as paralysis of the legs”. Or “substances which alter personality structure in such a way the tendency of the recipient to become dependent upon another person is enhanced.” Subproject 119 of MK Ultra was a “critical review of…activation of human behaviour by remote means.”

Some of the participants in the experiments were volunteers; author Ken Kesey took part in a psychedelic drug programme at Menlo Park Veteran’s hospital, inspiring his novel One Flew Over The Cuckoo’s Nest. Over at Harvard, brilliant mathematician Ted Kacynski took part in a “purposely brutalising psychological experiment” as part of Project MK Ultra; years later he would embark on a domestic terrorist campaign under the name of the ‘Unabomber.’ In one facility in Kentucky, volunteers were given LSD for a consecutive seventy seven days. Other experiments in ‘mind control’ would use electro-shock therapy, hypnosis and radiation.

Even more disturbing, the CIA would often drug US citizens and conduct experiments on them without their knowledge or consent. One subproject of MK Ultra was codenamed ‘Operation Midnight Climax’, where the CIA went so far as to set up fake brothels located within agency safe-houses in San Francisco and New York, equipped with two way mirrors and recording equipment, where sex workers would drug customers and the sessions would be recorded for study.

These experiments in mind control caused at least one death that we know about; a biological weapons researcher in the Army called Frank Olson, who was administered unknown amounts of LSD, reportedly without his knowledge in November, 1953, and jumped from the window of the Statler Hotel on New York’s Seventh Avenue to his death. Part of Olson’s work was investigating the use of biological warfare materials in populated areas, working in collaboration with the German scientists smuggled out during Operation Paperclip. A second autopsy was conducted in 1994, showing the scientist had suffered head injuries before his fall, sparking alleged conspiracy theories that he had been assassinated by his employers.

For two decades, the CIA conducted mind control research in facilities throughout the US, including universities, hospitals and prisons, so the possibility of such experiments being undertaken at Camp Hero military base isn’t a remote one. The MK Ultra project was swiftly shut down in the wake of the Watergate scandal, and CIA director Richard Helm’s ordered all files to be destroyed; the gruesome project might have never come to public light were it not for 20,000 documents that were discovered in a financial records building, and survived, forming the basis of the Congressional investigation.

The advent of long range Soviet nuclear missiles rendered America’s ‘Ring of Supersonic Steel’ obsolete virtually overnight. The old radar stations and missile sites were decommissioned, leaving abandoned ruins along the coastline, silently rusting away, waiting for the attack which never came. But deep underground at Camp Hero, what evils continued to transpire, we might never truly know… 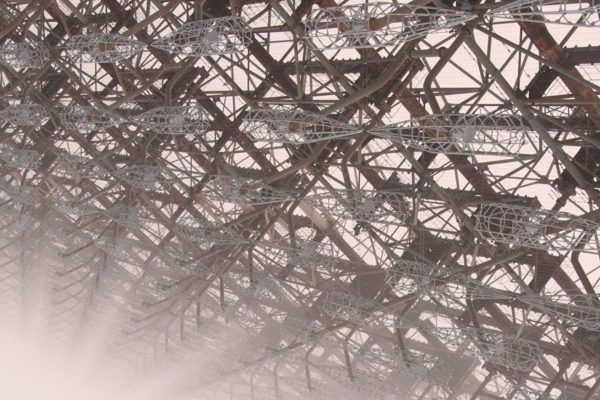 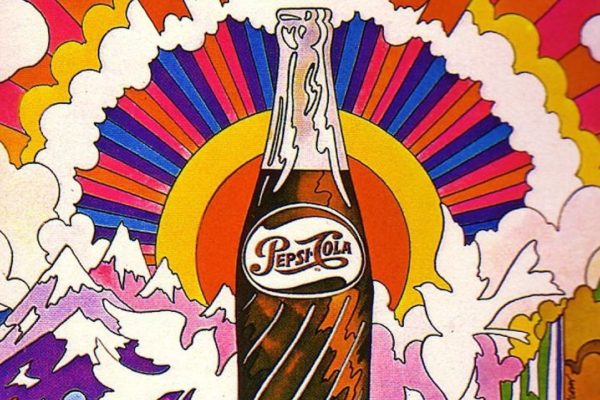 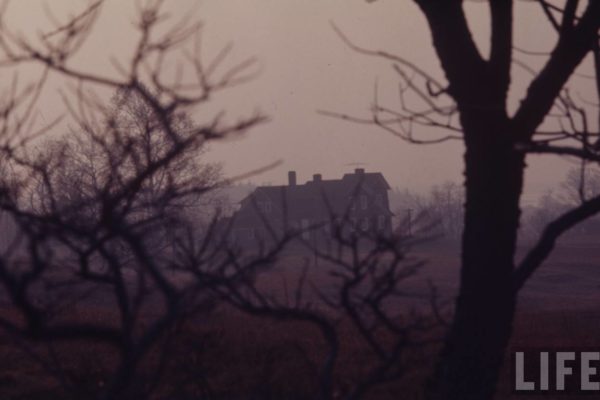 What Happened to the Secret Bunker beneath the Eiffel Tower?
Found in a Trunk: The Lost Avant-Garde Movement that came Decades before Dada 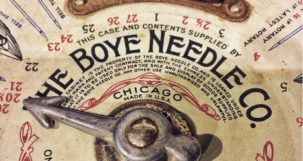 13 Things I Found on the Internet Today (Vol. CCVXVIII)