Before the days, and nights, of Ibiza’s club-culture tourism and world famous pool parties that popped up in the early 1980s, a peculiar inflatable structure appeared on the island a decade earlier, and no, it wasn’t a blow-up bar. In 1971, a bunch of hippies built a DIY utopian city on the northern coast of Ibiza which lasted exactly three days. The ‘Instant City’ as it was called, floated between being a circus tent and a liveable art installation. Designed as a surreal experiment in communal living, one that wasn’t restricted by the confines of traditional architecture, it aimed to create a fluid environment for creative conversations and spontaneous artistic action. Now quick before it starts to deflate, let’s go and jump around…

In the early 1970s, Ibiza was a mostly rural, in parts isolated and overall largely underdeveloped island. After much more interest than anticipated, 350 students, with nowhere to stay, were due to attend a 3 day conference run by the International Council of Societies of Industrial Design (ICSID). Two architecture students, Carlos Ferrater and Fernando Bendito, who had clearly been listening in class, came up with the idea of an ‘Instant City’ as a canny and creative solution to the accommodation crisis. They managed to convince their professor, now esteemed Spanish architect, José Miguel de Prada Poole, for a hand in turning their utopian idea into a practical reality.

A far cry from the glow sticks and foam machines that came to later represent the monopoly of nightclubs on the island, Ibiza was historically a peaceful and serene place. An ideal home for a colourful pop-up commune. Despite Franco’s tight rule over Spain, from the 1930s, the magical Mediterranean island became a hotspot for artists, intellectuals and hippies from around the world to establish residence and protect their art and freedom away from their mother countries. In fact, even the trendsetting psychedelic Dutch designers that gave the Beatles their signature look lived on Ibiza in the 1960s.

The ‘Instant City’ project illustrated Ibiza’s welcoming attitude to unusual avant-garde ideas, even those resembling a giant bouncy castle. In 1971, an inflatable structure was drafted in from the University of Madrid to the Cala de Sant Miquel bay on the northwest coast of Ibiza. Students attending the conference chipped in to pitch their campsite in exchange for a colourful plastic roof over their heads. The concept was similar to Frank Lloyd Wright’s architecture laboratory, Taliesin West, whereby students built their own home structures and lived within them during their studies. The ‘Instant City’ was slightly different in that it also challenged the notion of architecture and design in itself. As well as providing much needed shelter, it encouraged students to rethink their understanding of living and working spaces, as well as the overall relationship that we carry out as a community in the world. The ethos was similar to that of Burning Man – before the celebrities got involved.

Once inflated, the brightly coloured sequence of interconnected tunnels housed up to 350 people at a given time. More than just a place to stay, the floating utopia set-up had several ‘speaking rooms’ which participants could drift between and join in conversations about art, design and technology. Here, some of the wildest dialogues happened between world famous architects before they became known. Luckily for us, the construction of the city was filmed in order to capture this futuristic moment in history.

Ibiza’s ‘Instant City’ set a precedent for sustainable design too. Thanks to Carlos and Fernando’s professor José who helped the pair plan their temporary studentsville, he pushed for the autonomous commune to also be eco-friendly. He suggested repurposing materials originally made for military and industrial use into everyday life, and opted for plastic and staple guns to construct the huge tent. This made it quick to built and easy to dismantle after the event, leaving no trace of it behind. A bit like a utopian Glastonbury festival, minus the leftover litter. The fleeting nature of the pop-up city was to leave an impression only on the creative mind, not the natural world. Like powerful performance art, it can never be exactly replicated, and all the better it is that way.

The hippie architects wanted to take the idea even further and focus on metaphysical understandings of space by asking what happens within the air that fills it. Alongside the two inventive students who designed the blueprint, writer Luis Racionera penned ‘The Manifesto of the Instant City’ which was sent out to design schools around the world as an invitation to participate in this iconic event. The goal was to ‘enable a collective experience where work and information were the only channels of expression through which to create a temporary city… which highlighted the contradictions of the current industrial design panorama’.

Rebellious architectural concepts such as Ibiza’s ‘Instant City’ were quite en vogue around this time. Avant-garde architectural group Archigram, formed in the 1960s, created video-game-like structures that focused on a neofuturistic, anti-heroic and pro-consumerist cosmology. Another radical movement stemmed from the firm Superstudio in Florence which poked fun at urban design and imagined a world without buildings. In a recent New York Times article a former member of the group talked about the approach of focusing on people instead of property. And finally, Haus-Rucker-Co, a Viennese group founded in 1967 designed wacky pneumatic air structures that altered people’s perceptions of space. Perhaps in amongst all this craziness of 1960s and 70s experimental architecture, the ‘Instant City’ was just another whim on the scene.

The ‘Instant City’ hosted a series of additional, non-liveable, art installations, again of an inflatable nature which propelled the concept of evolving art. Artist Josep Ponsatí set up ​​40-meters of big white plastic balloons over the water. As their shape changed according to the wind, they resembled flying pillows. Gonzalo Mezza and Antoni Muntadas installed 150-meters of green plastic pipes called Vacuflex-3. These snaked across the water and the beach like vacuum cleaner pipes, changing their form along the way too. Participants could scale the installation, sometimes using robes and masks to further add a theatrical element.

Domus magazine interviewed a young girl named Maria from Helsinki who had visited the site in 1971. She recounts, ‘from the houses of the Instant City, different young people appear: one is carrying a rabbit, another is playing the flute, bare footed, a towel wrapped around the hips or wearing a fur-coat. In Instant City people touch each other. They are friends. It has been an intention to create an environment, which would exist not as an encouragement to social relationships but as an answer to them.’

The ‘Instant City’ propelled many individuals and artists to follow their own truth and a personal path of discovery, away from the confines of traditional urban space. Professor Prada Poole and his two spirited students continued to contribute to the sphere of technological and architectural optimism. The inspiring teacher made many more perishable structures and became known for ‘soap bubble’ architecture. Meanwhile, Carlos Ferrater designed plenty of Spanish parks and monuments characterised by intricate design, colour and geometry.

The spirit and concept of the Instant City lives on today, rather aptly adopted by Ibiza’s modern day architects of a good time, in the form of one night only DJ events, summertime raves and fleeting festivals. It proved that utopias are possible, even if just for 3 days, and let’s be honest, if you’ve ever camped at a music festival or attended an academic conference, do we really want it to last any longer? 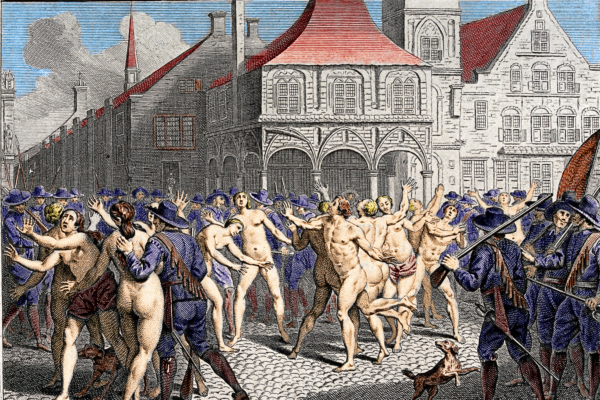 Were an Ancient Christian Sect of Nudists the World's First Hippies? 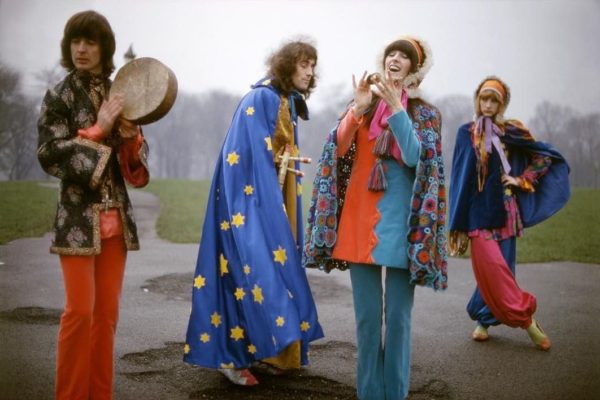 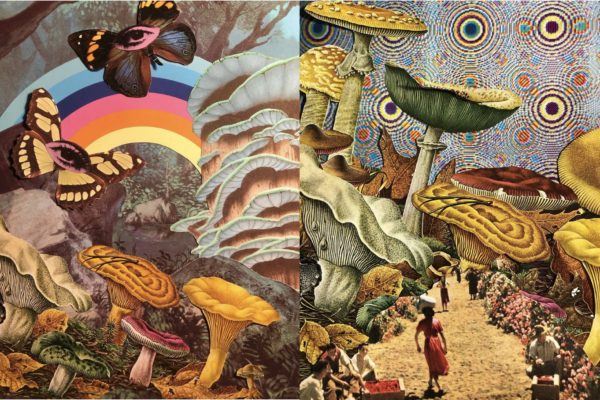 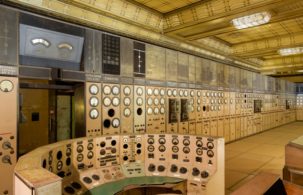