The Ever-Optimistic World of Vintage Comics for Newlyweds 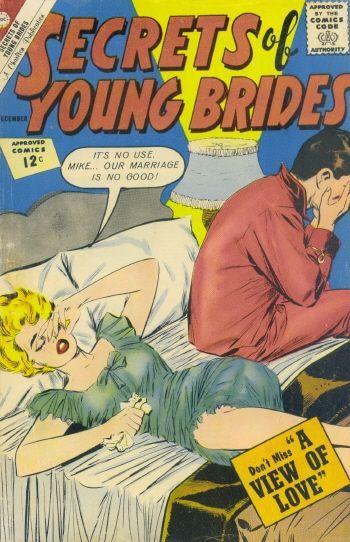 On my internet travels today, I came across an old American comic genre for young newlyweds. Young Brides and the Secrets of Young Brides, provide an eye-opening peak into popular culture before the sexual revolution. What strikes me the most about these cover pages is how laughably pessimistic the story lines are for a publication targeting newlyweds. It comes as no surprise that these titles were published through the first three decades of the Cold War (1947–1977). 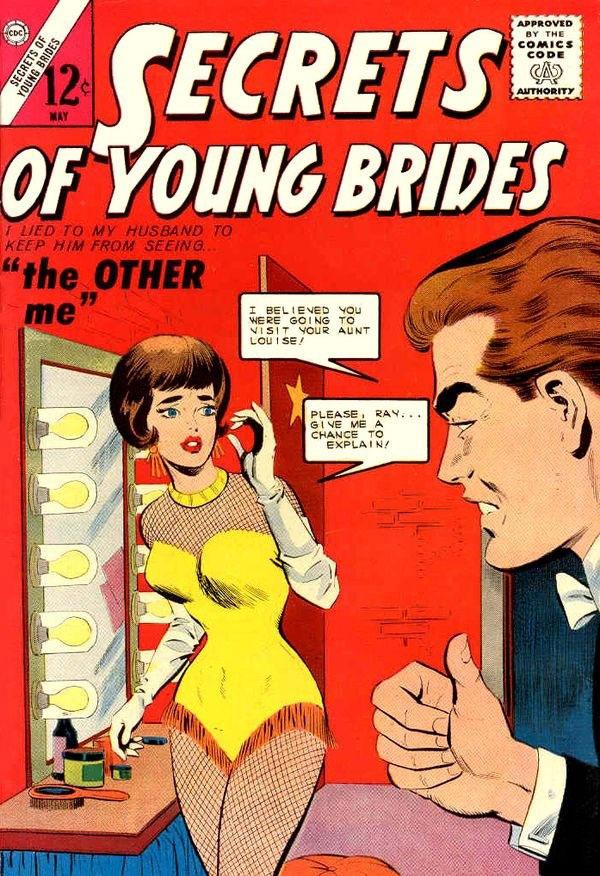 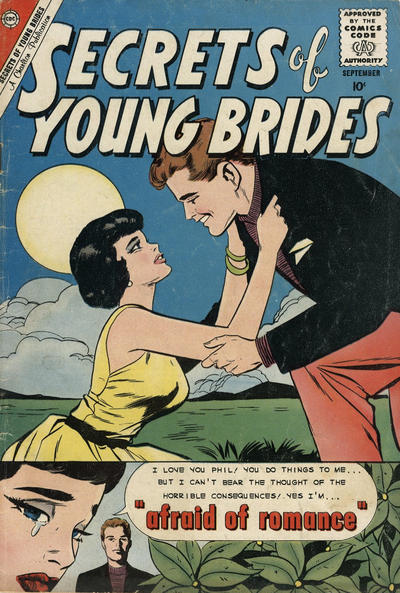 Nevertheless, throughout the 1950s, these ‘romance’ titles were incredibly popular, selling out at news stands everywhere. 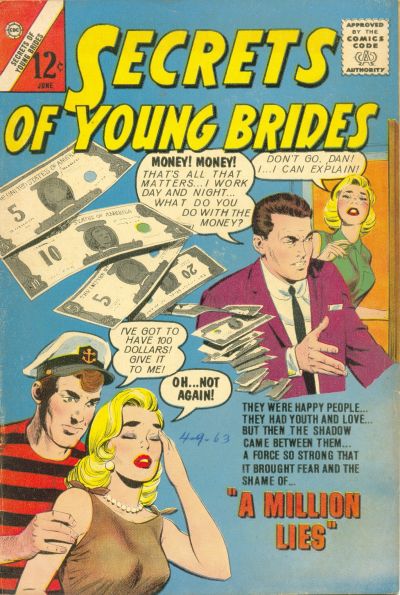 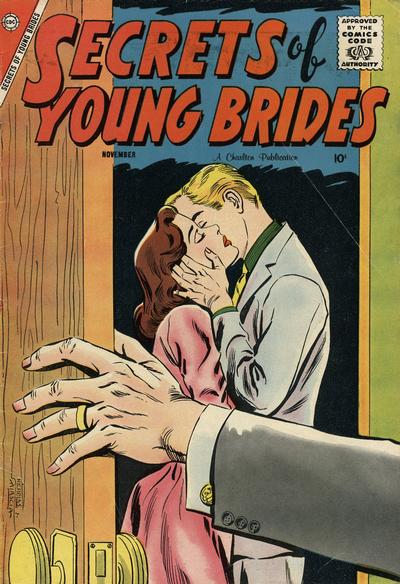 It wouldn’t take a genius to figure out that the stories written overwhelmingly by men from the male perspective but narrated by fictional female protagonists who warned against the dangers of female independence and promoted the virtues of domesticity. 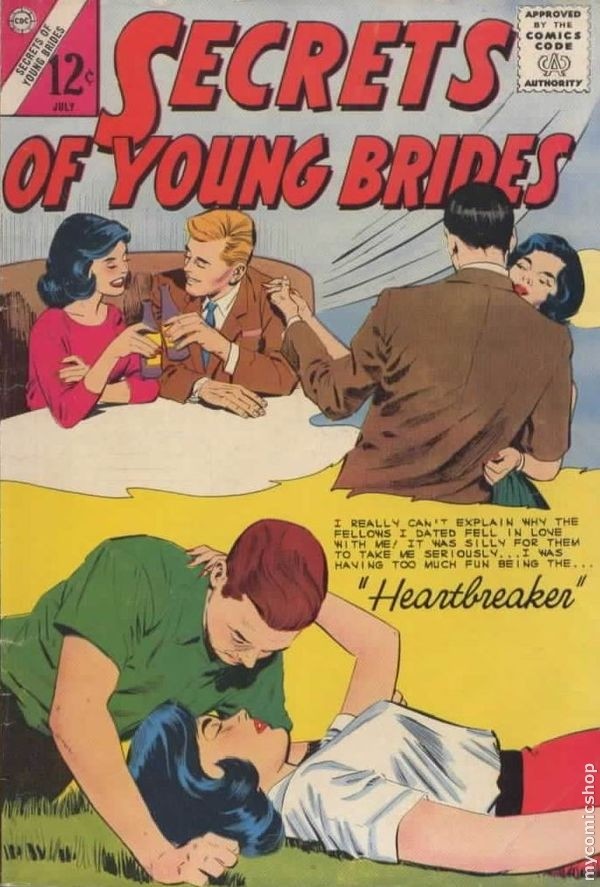 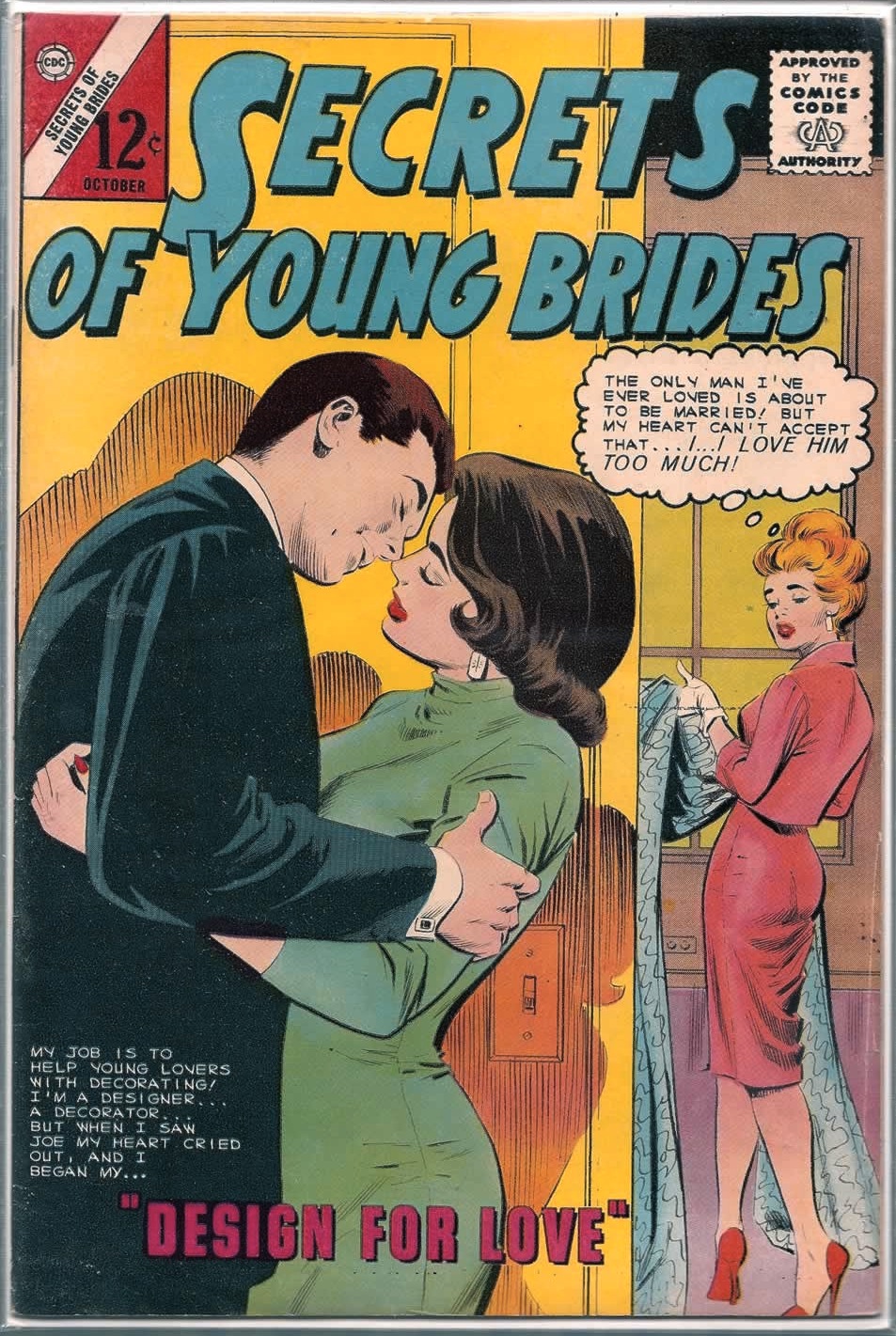 Young women of this era were clearly encouraged to grow up early and assume the roles of wives, mothers, and homemakers. Female promiscuity, career ambition, and independence however, degraded the American ideal and were strongly vilified. 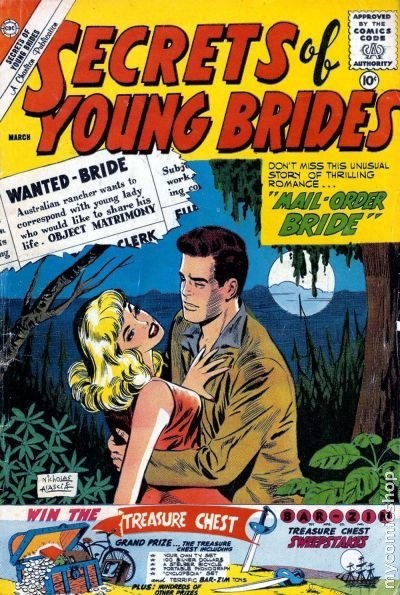 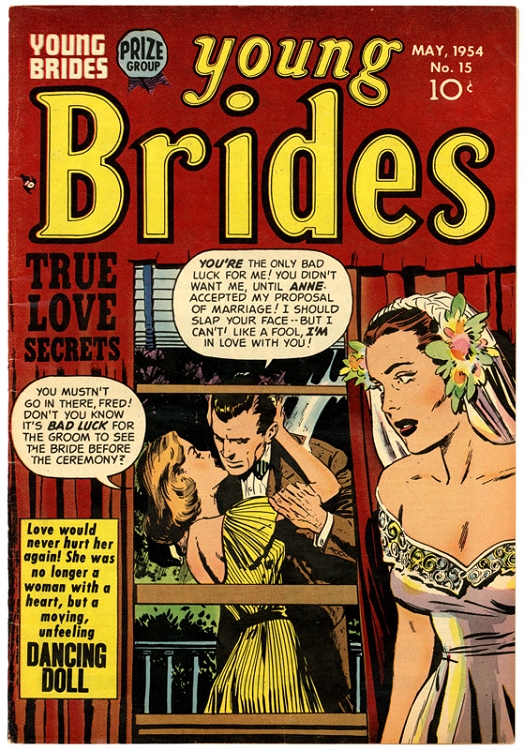 Men, on the other hand, were depicted as naturally independent and women were expected to accommodate such men even if things appeared a bit suspicious. 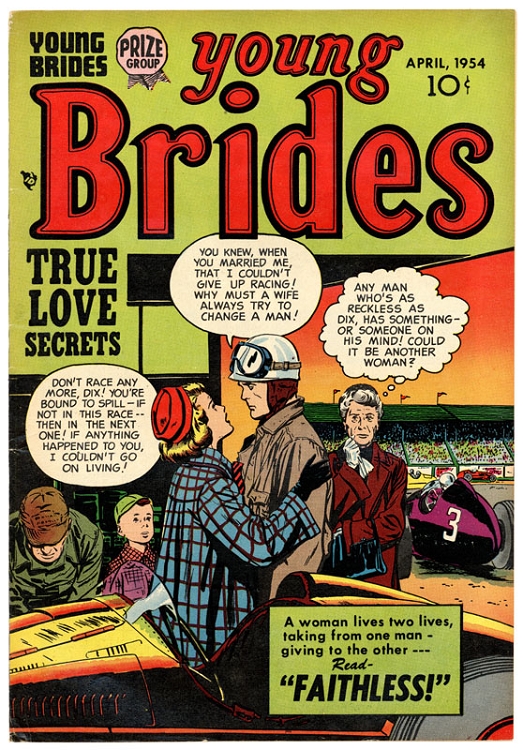 The comic book genre fell into decline during the sexual revolution– no surprise there! 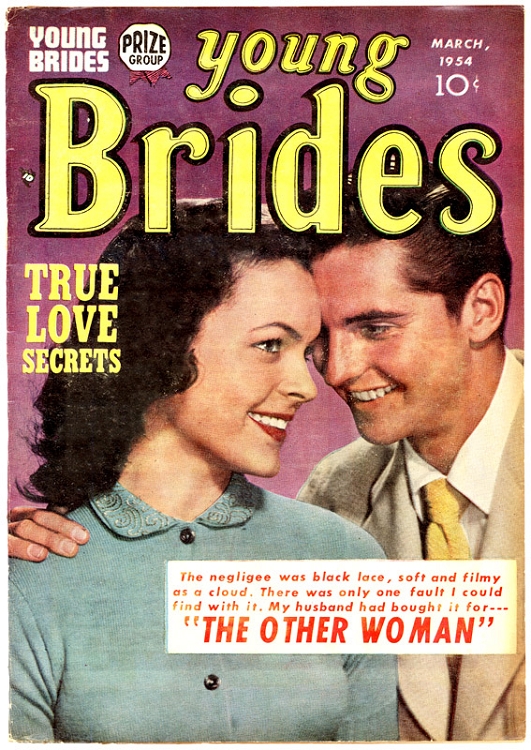 Images via here and here 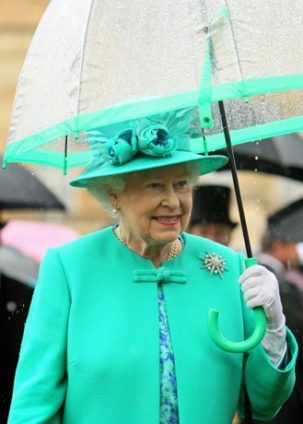