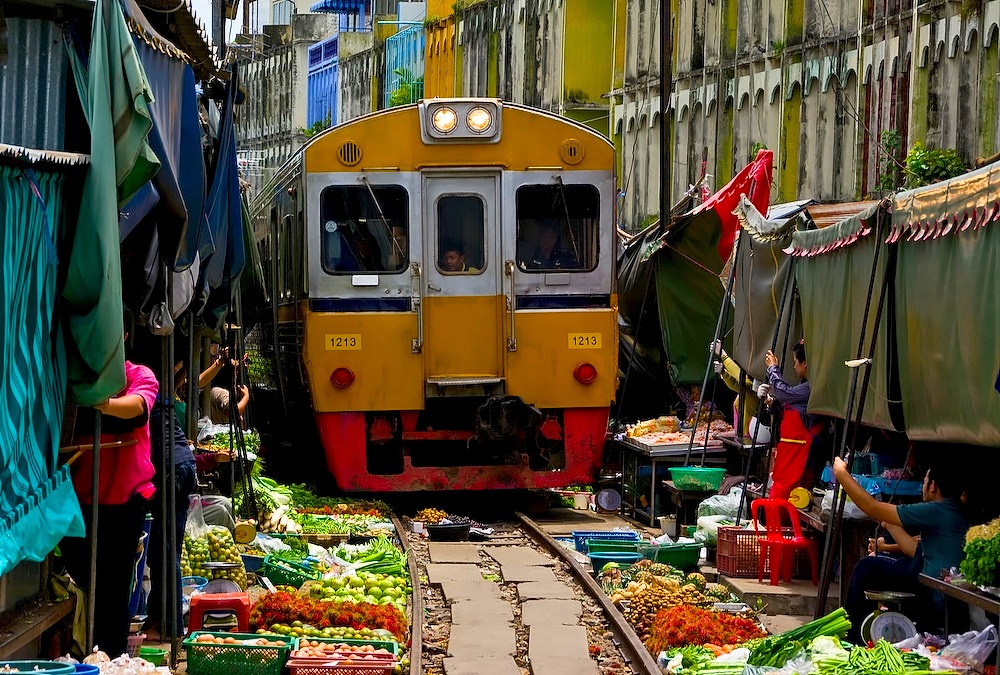 You’d have to see it to believe it, so before I explain anything, just take a look …

This is the Maeklong Market, west of Bangkok, a decades old place of trade in Thailand. Vendors were so comfortable here that when the Maeklong Railway built a commuter train to Bangkok running right through the middle of their market, they stayed right where they were. Without any laws forcing the vendors to move, business has continued as usual– with the tiny inconvenience of a train coming through eight times a day, seven days a week. 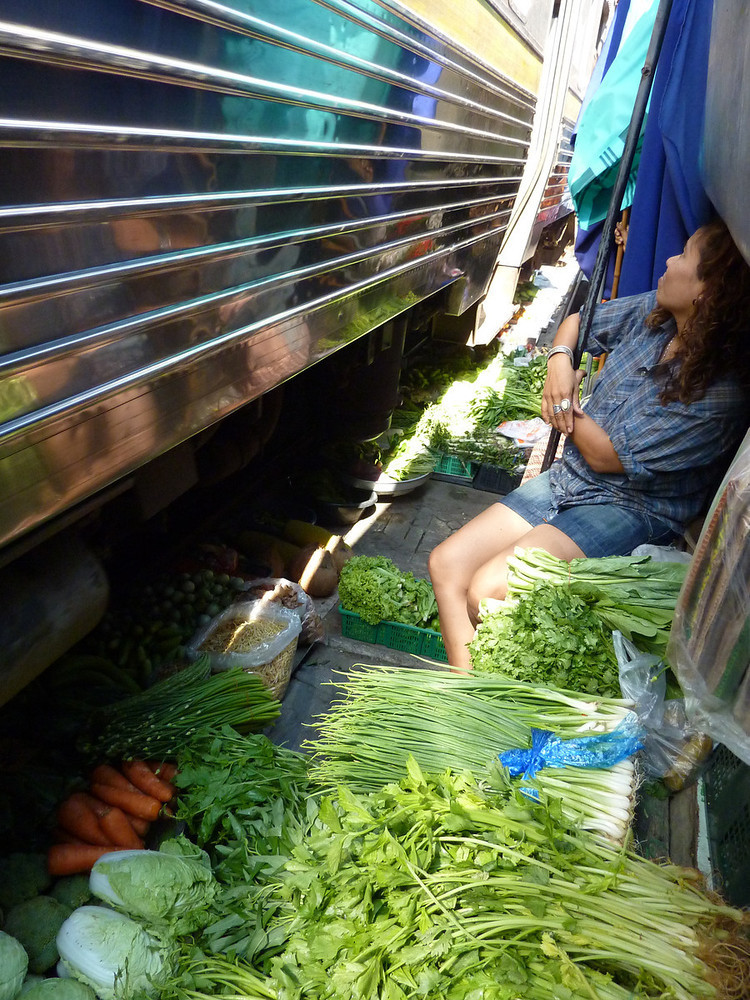 Traveling at 15 mph as it approaches the bustling food market, vendors casually pull back their awnings when they hear the train sound its horn. Some set alarm clocks in advance to give them time to clear the tracks of their produce. When the tropical fruits and vegetables reemerge from under the train, market-goers resume their shopping along the railroad that doubles as the only walkway.

Accidents do happen and it’s not uncommon for a market stand to be dragged away by the train, nor are the terrible stories of lives lost. But mostly this a story of the local Thai people that refused to vacate the Maeklong market they call home. A classic case of, “we were here first”. 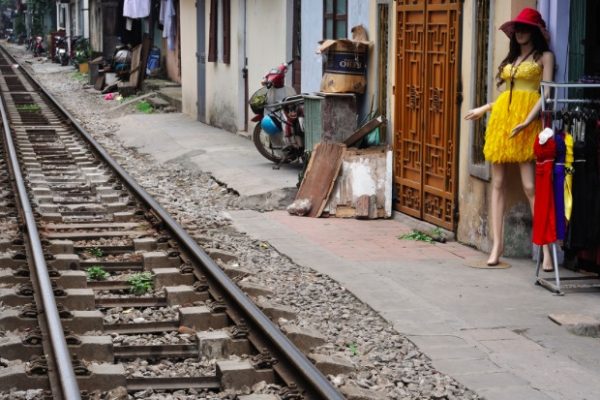 Flying Cars and Underwater Croquet: France in the 21st Century
Get Married by a Vending Machine 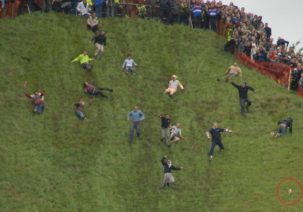