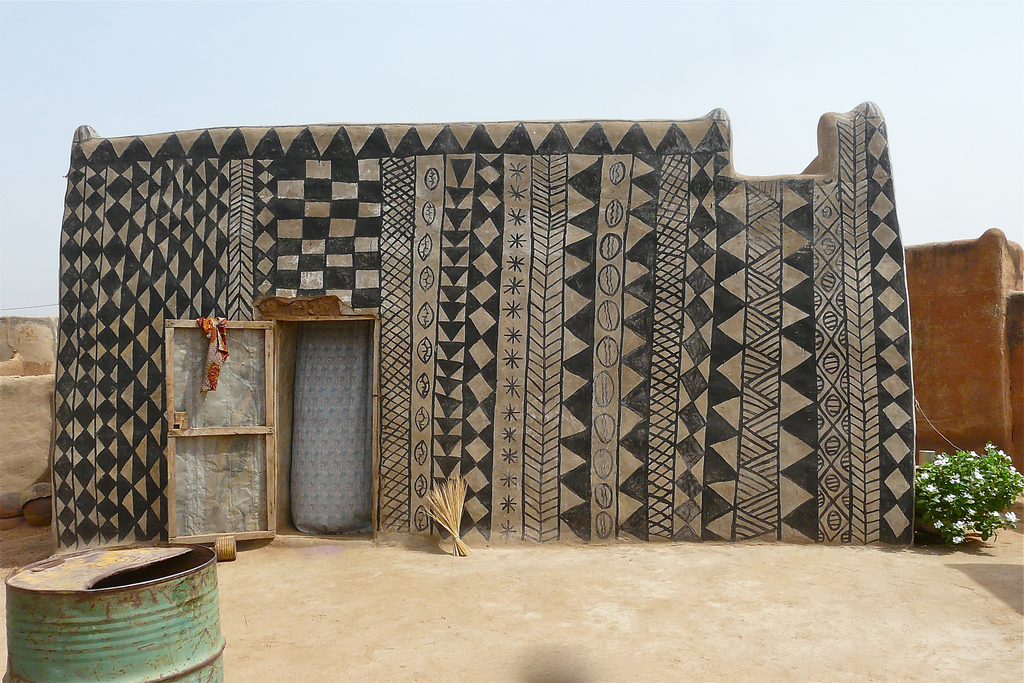 Burkina Faso is by no means an area frequented by tourists, but at the base of a hill overlooking the surrounding sun-drenched West African savannah lies an extraordinary village, a circular 1.2 hectare complex of intricately embellished earthen architecture. It is the residence of the chief, the royal court and the nobility of the Kassena people, who first settled the region in the 15th century, making them one of the oldest ethnic groups in Burkina Faso.

All photography by Rita Willaert 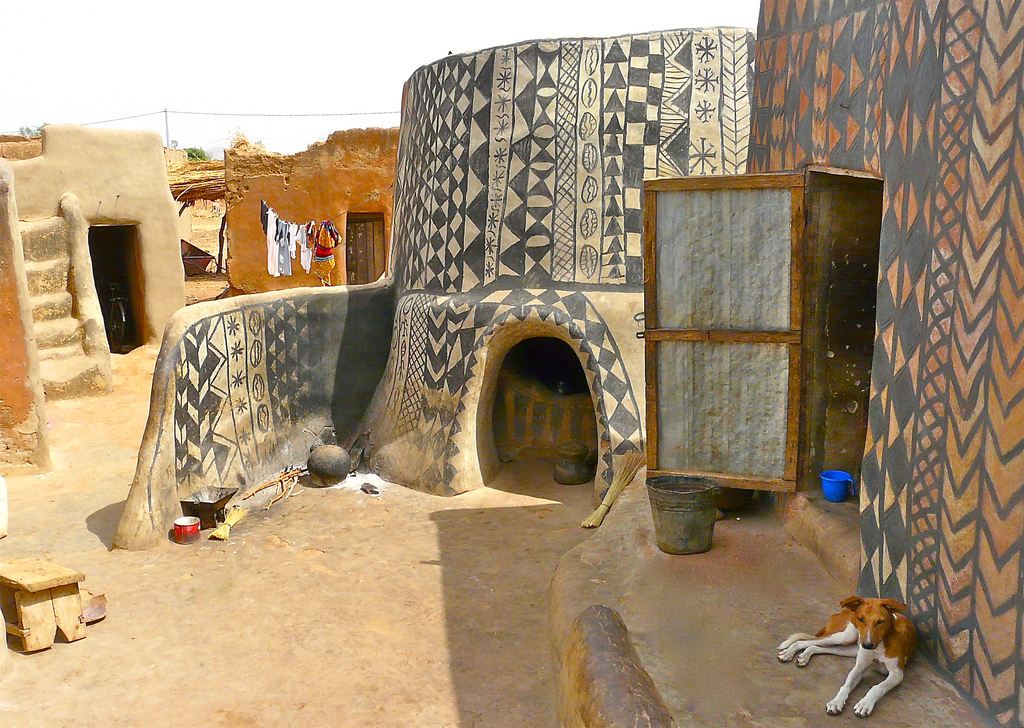 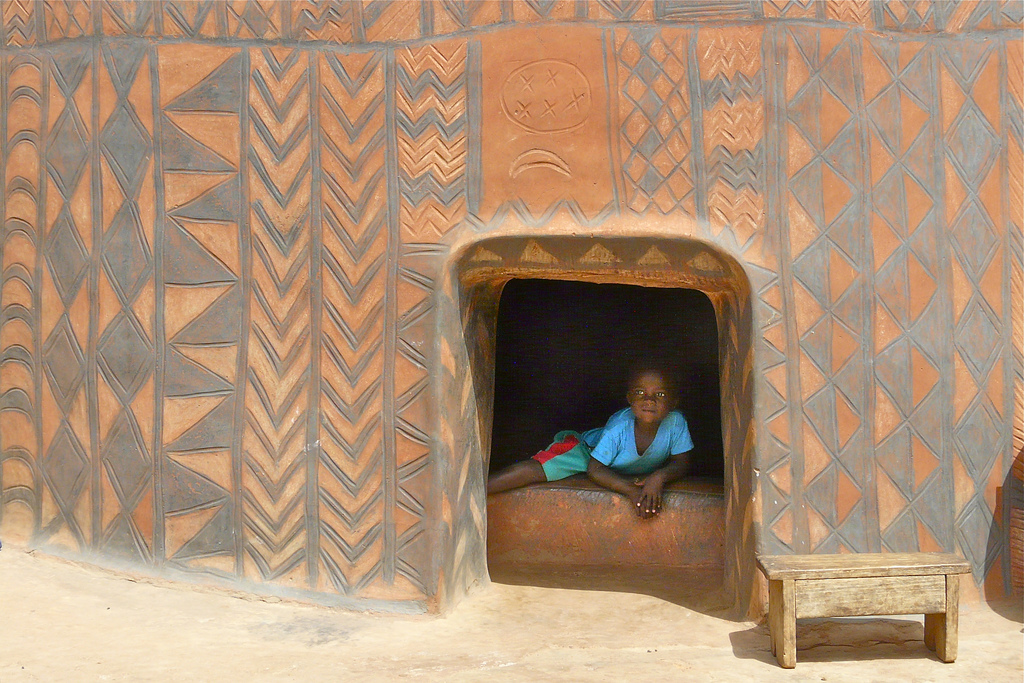 I came upon these rare photographs of the village from a dedicated Flickr user Rita Willaert who traveled to Tiébélé in 2009 (see all her photos of the village here). The village keeps itself extremely isolated and closed to outsiders, most likely to ensure the conservation and integrity of their structures and to protect the local traditions.  There is interest in developing the site as a cultural tourism destination to generate economic resources for conservation but it is a delicate process. 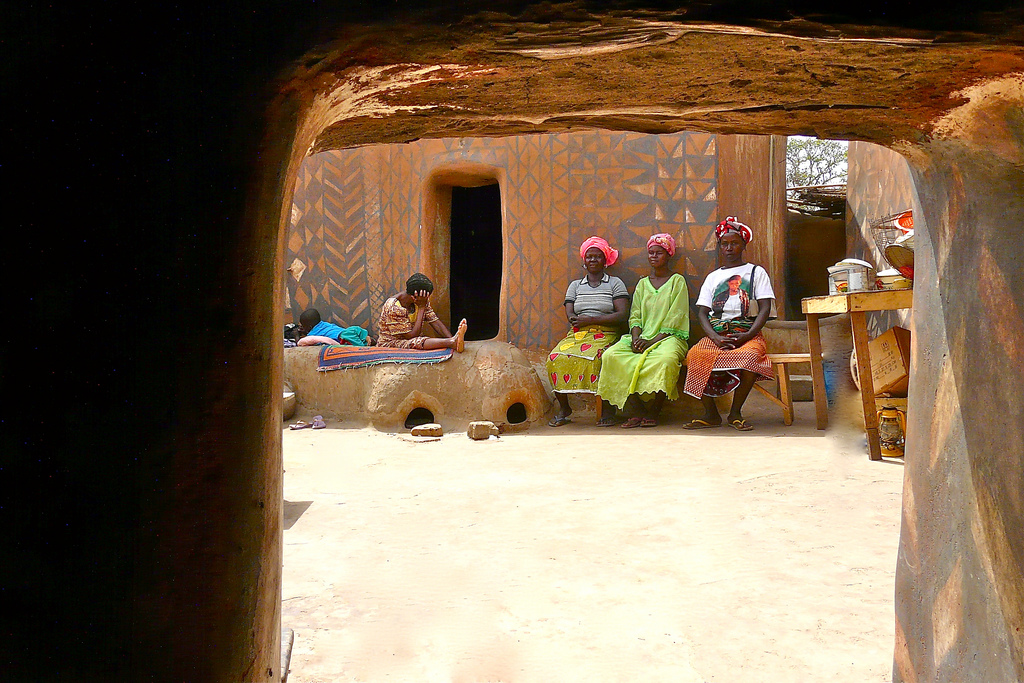 Travel blogger, Olga Stavrakis from TravelwithOlga.com also visited the site in 2009 and recalls her visit. She writes:

… It was only through a process of year long negotiations that we were permitted to enter the royal palace the entrance of which is pictured here. They were awaiting us and the grand old men of the village, the nobility, were all seated waiting for us. Each of the villages has muslims and animists (local religions) and no one much cares who believes in what. However, we were told in advance that we must not wear anything red and we may not carry an umbrella. Only the chiefly noble family is permitted that privilege and to do so would constitute a great affront to our hosts… 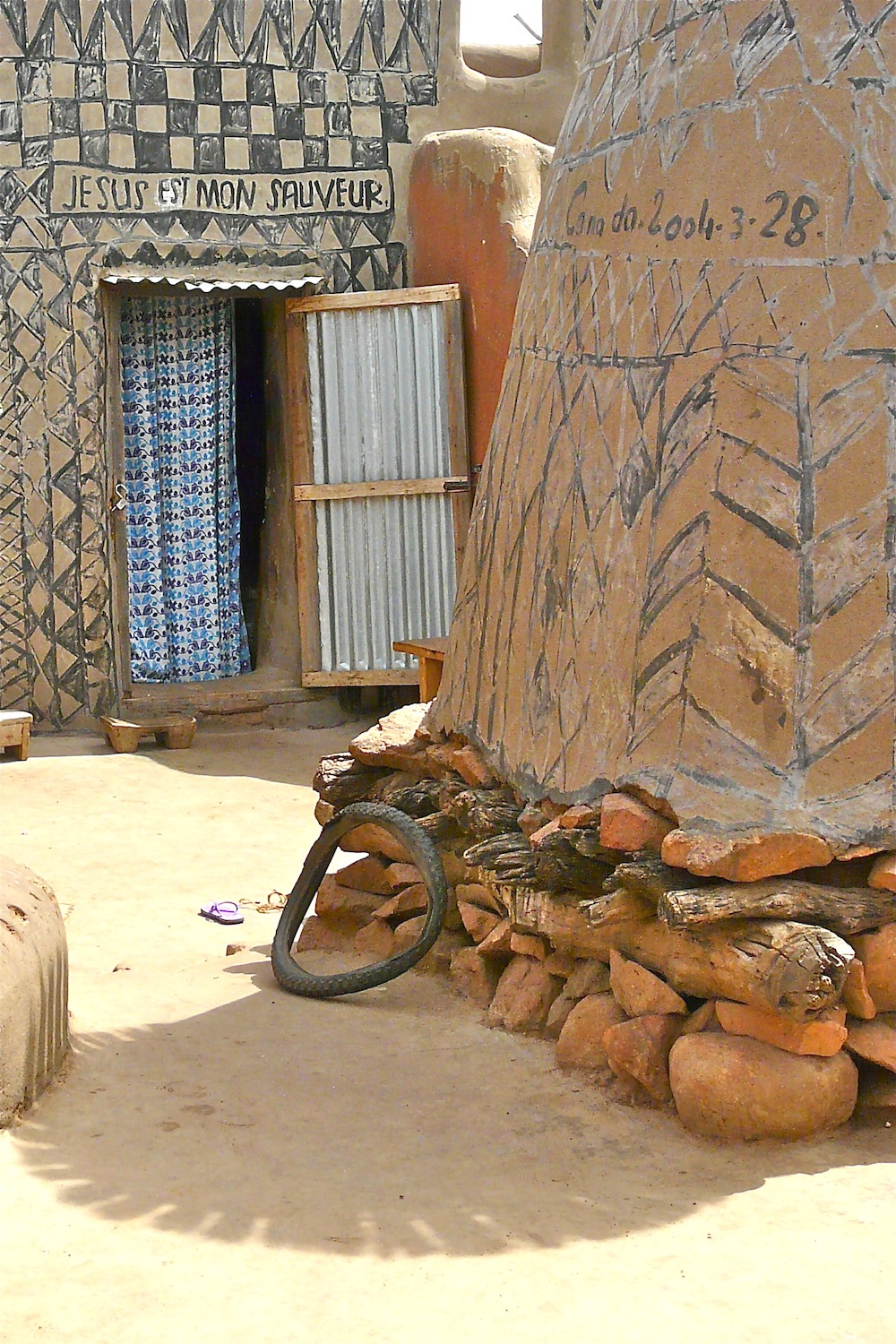 A royal residence in West Africa is not what we might think of when we imagine royal palaces. In Tiébélé, the Cour Royale is made up of a series of small mud brick structures inside a compound, covered with natural clay paints in elaborate geometric patterns to differentiate them from the homes of the common people. 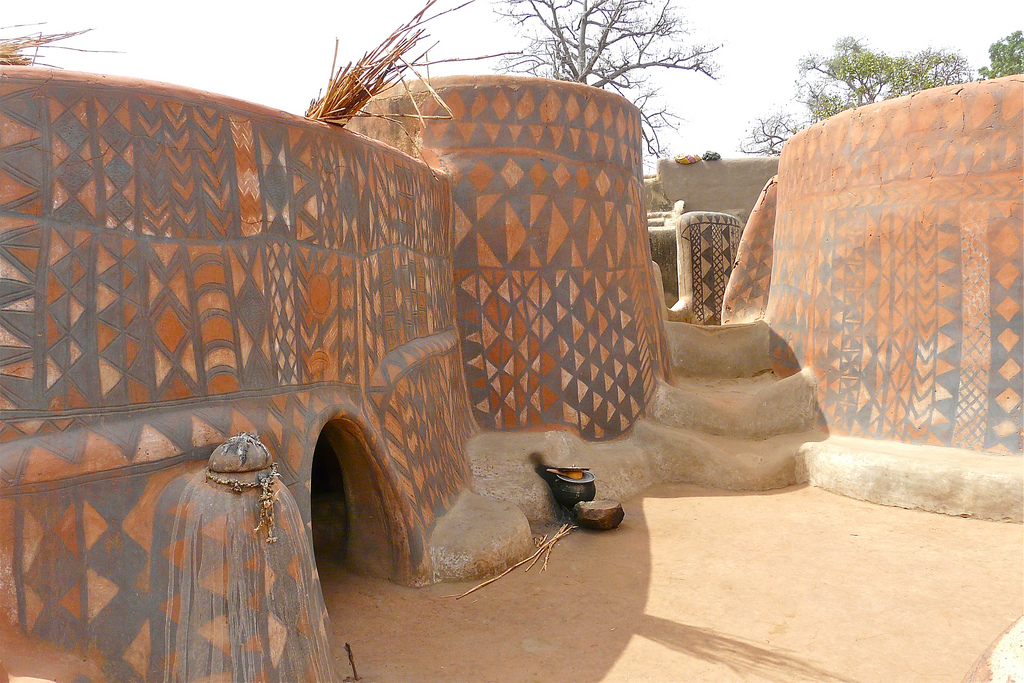 The chief’s house has the smallest door for protection. 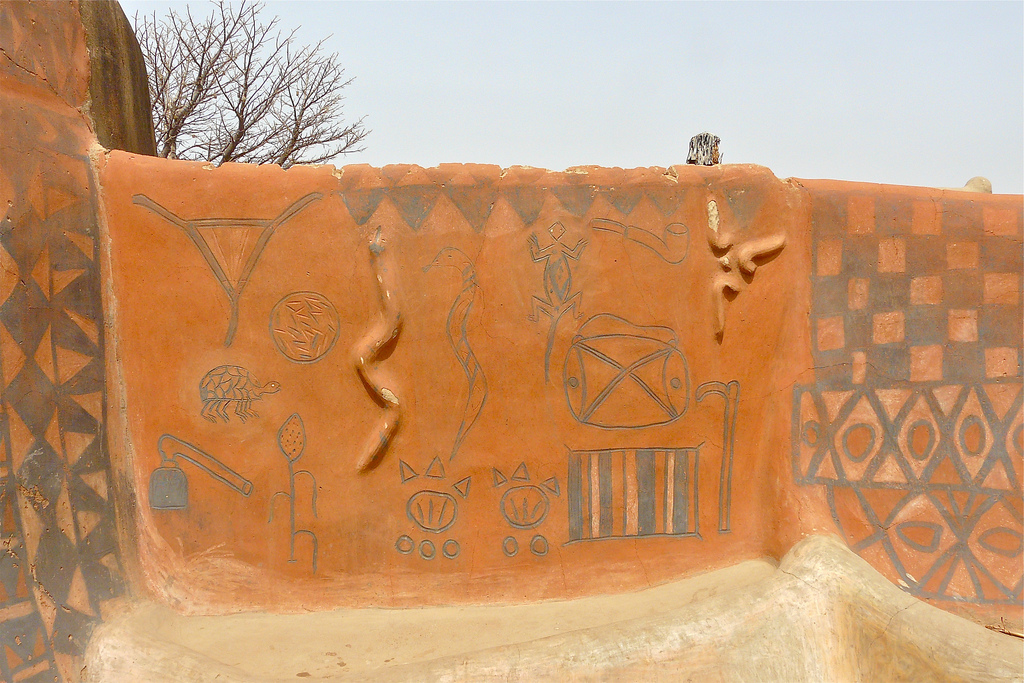 Olga and her group were even granted access to the interiors of the structures and found that even in a palace compound, the kitchen is simple, differing only from the rest of the kitchens in West Africa by the presence of a few extra clay and iron pots. 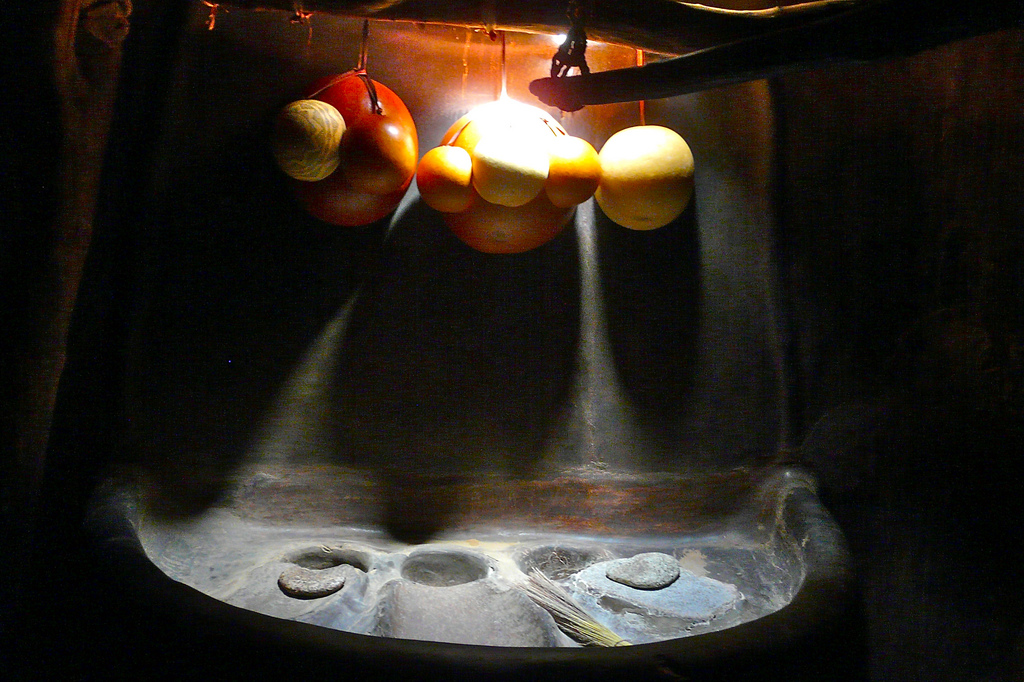 “Most meals are cooked in one pot over a brazier,” explains Olga, “There is little cutting and preparation required. They generally make a starch foofoo or thick paste like porridge which is then dipped into a sauce of vegetables and peppers. The richer the family the more goes into the sauce. Foofoo is made of cassava, yam, plantain, or corn.” 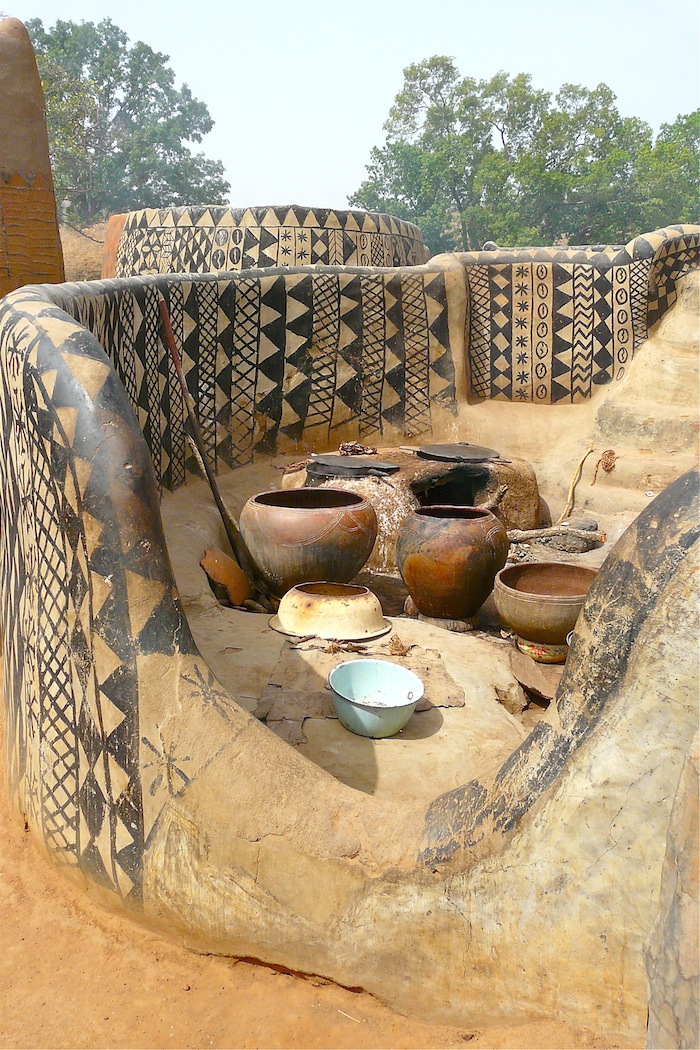 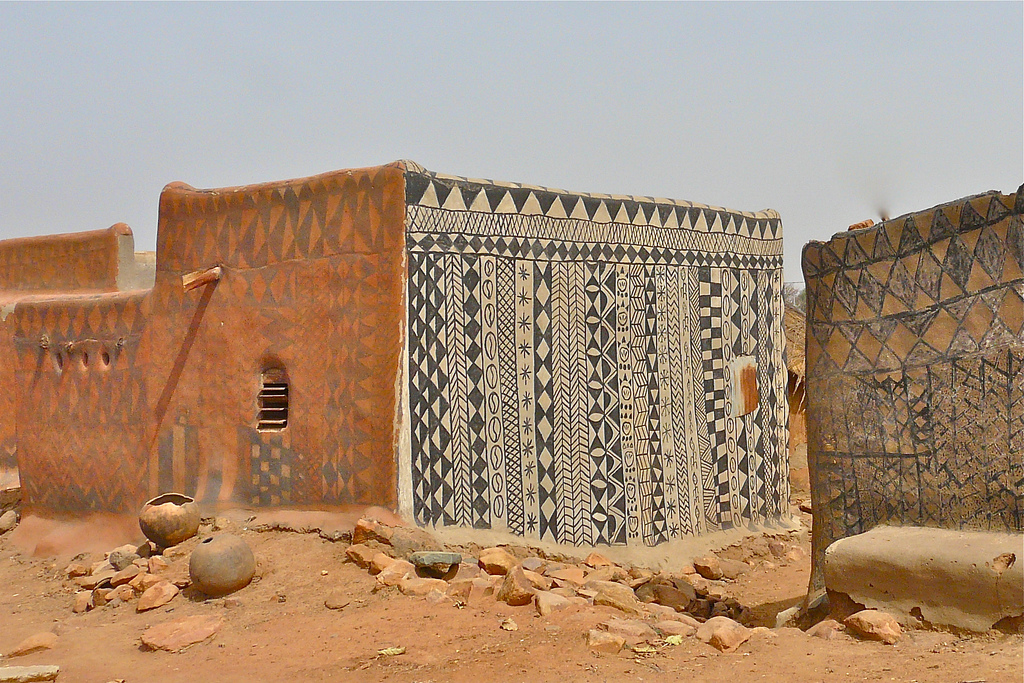 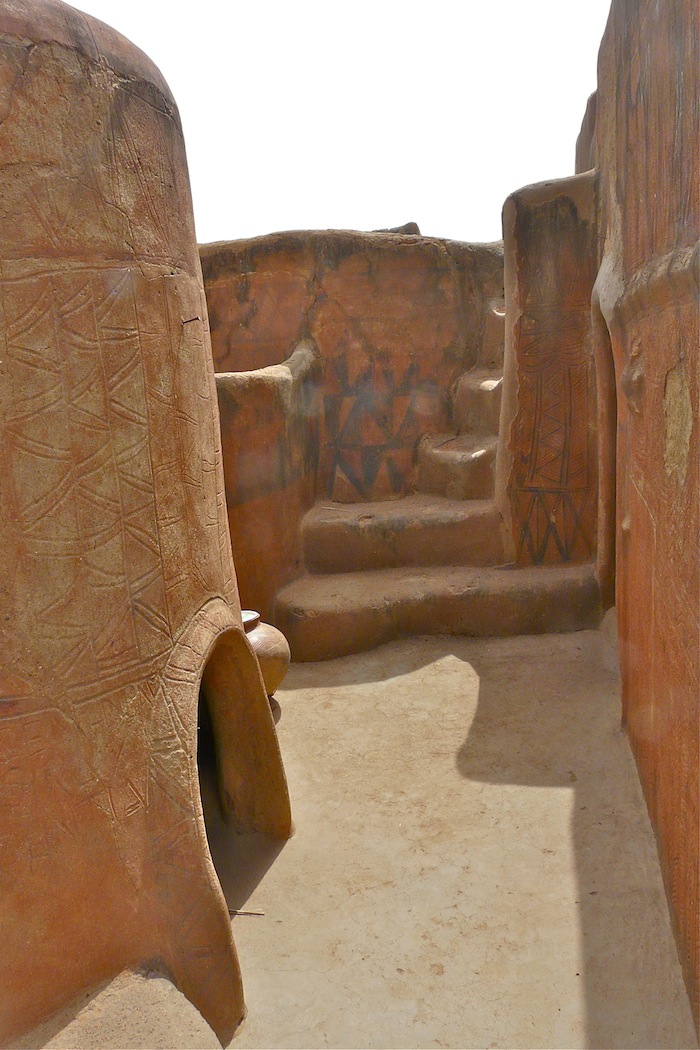 Some of the most elaborately decorated houses however are not actually living quarters but mausoleums for the dead, who are laid to rest in the same compound.  The photograph by Rita Willaert below is an example of one of the village mausoleums. 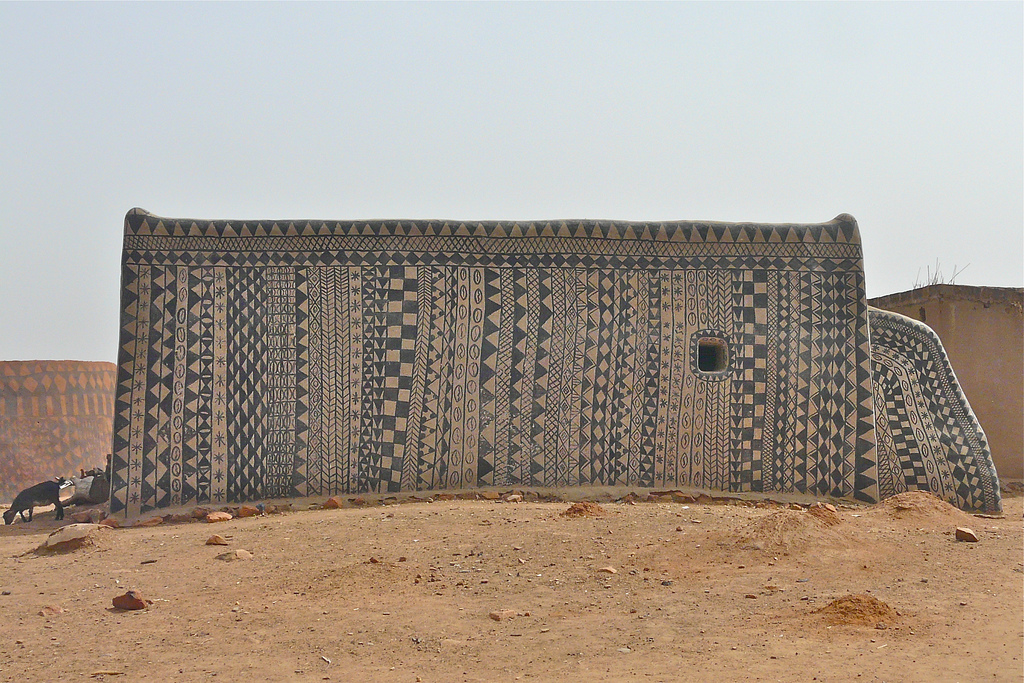 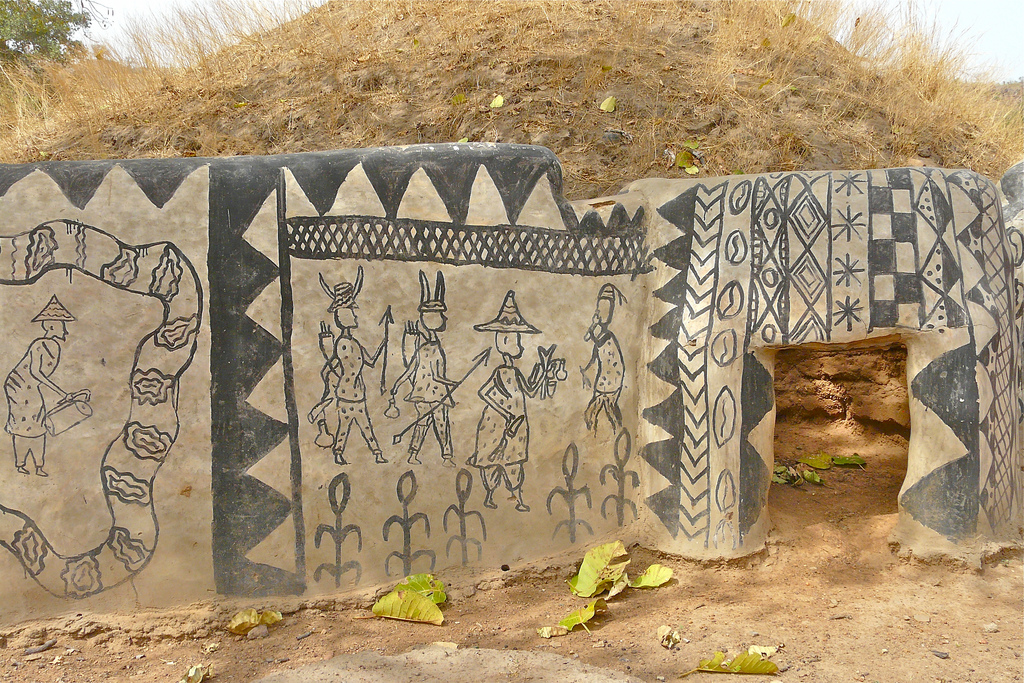 Some of the art is symbolic while a lot of it is purely decoration– all a result of the traditional skills of the isolated Kassena culture. DIY Level: 1000! 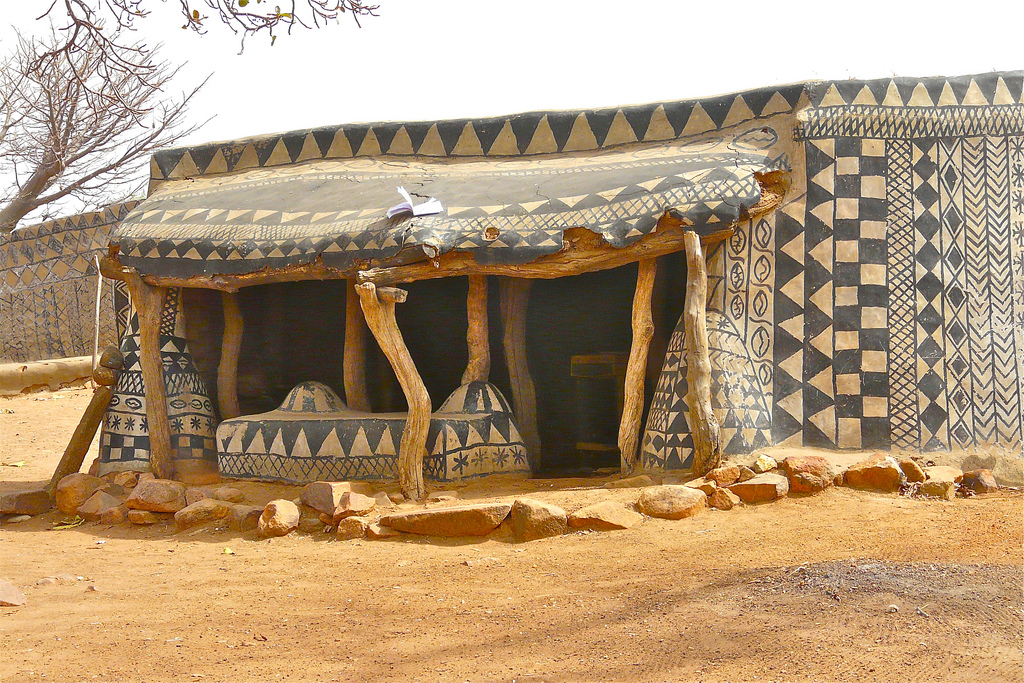 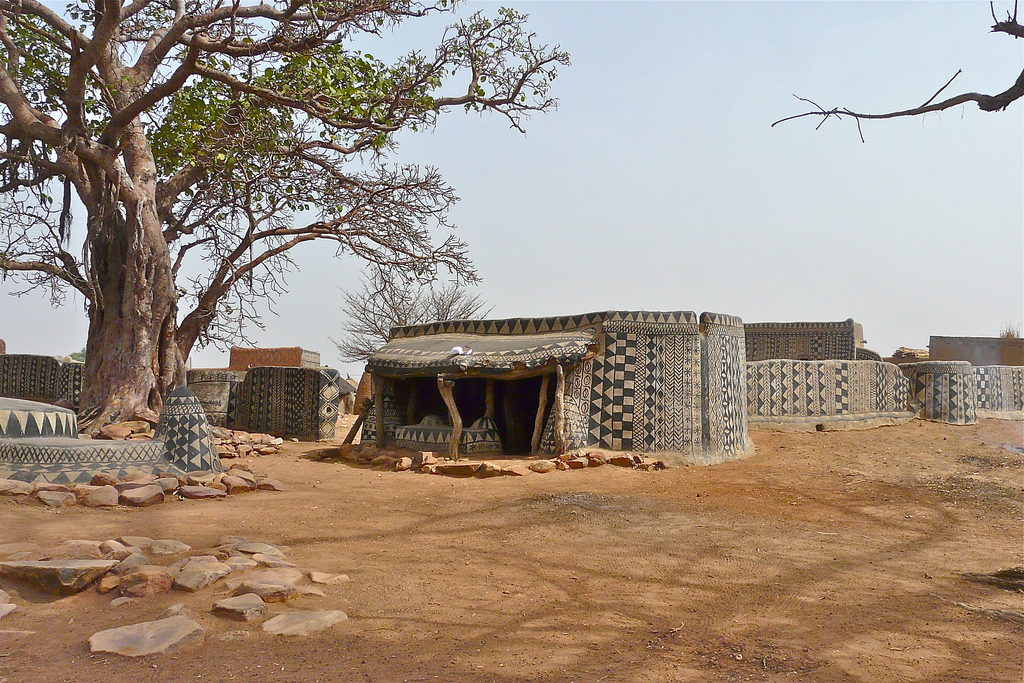 See dozens more photos of the village by Rita Willaert and read more about Olga’s account of her tour around the village on Travel with Olga. 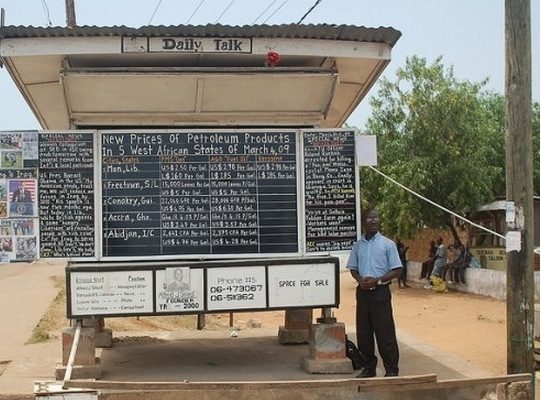 Berets, Baguettes and Bikes in Paris!
13 Things I Found on the Internet Today (Volume IV.) 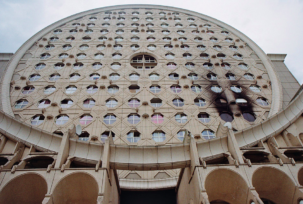