When it opened its doors in 1955, the Grande Hotel in Beira, colonial Mozambique was touted as the largest and most luxurious hotel in Africa. The art deco style palace with uninterrupted views of the Indian Ocean boasted 116 rooms and an Olympic sized swimming pool for its VIP guests. But by the 1970s, having spent less than a decade in service and many more in limbo, the Grande Hotel was serving as a military base in a city ravaged by civil war. The basement was converted into a prison. Today, 1,000 squatters called the Grande Hotel their home.

Ironically, the Grande Hotel was intended to be a symbol of success for Portuguese colonial rule in Beira. The elegant art deco exteriors reflected the style that had dominated architecture in Portugal throughout the 1930s and 1940s. Construction costs however, went three times over budget and once opened, a huge staff was needed to maintain the extensive luxurious hotel. And those wealthy foreign tourists? They never came.

The locals and white residents of Southern Africa just couldn’t afford the luxury prices at the Grande and to foreigners who did have the money, Beira never gained a reputation as a holiday ‘hotspot’. As a hotel catering to businessmen and government officials, it didn’t work either. Diplomats and VIP guests of the state were always given complimentary stays and businessmen chose the more affordable Ambassador Hotel, which opened just after the Grande in the downtown financial area. By 1963, the Grande Hotel had still not turned a profit and finally closed.

In the years that followed, the hotel was in a state of limbo. The swimming pool stayed open to the public and even became the main training facility for the Mozambican Olympic swimming team (it was the only swimming pool in the colony). It played host to events and weddings and even occasionally temporarily re-opened as a residence for VIP visitors from the United States.

In June of 1975, Mozambique became independent from Portugal and power was handed over to the new Frelimo government. The bar at the swimming pool became the office of the Revolutionary Committee and the main hall of the Grande Hotel was used for party meetings and weddings right above the basement where opponents of the new ruler were kept in a dark make-shift prison.

In 1977, a brutal civil war broke out, leaving the country in tatters. Next door, a newly formed Zimbabwe took advantage of the former colony in its weakened state and established Beira as a neutral zone for importing and exporting their products. As a safe zone, Beira became a haven for refugees literally overnight. They arrived at the empty Grande Hotel in the darkness and it’s said that upon awakening the next morning in the windowless open terraces, overwhelmed by the views of the ocean which many had never seen before, children rushed towards the sea, and fell to their deaths.

Since 1992, relative peace has settled in Mozambique but conditions at the Grande Hotel only continue to worsen. While the common rule for living within the Grande Hotel community is respect, the informal residents find none outside the walls of the crumbling resort. Given the nickname ‘whato muno’ (not from here), they are excluded from the social and economical community of Beira, today a full redeveloped seaport with a booming economy through the transit of minerals to Asia.

Architectural student Robert R. Cruiming who has done extensive research on the Grande Hotel notes that “the reputation of the inhabitants of the Grande Hotel in the city of Beira is bad. The Grande Hotel is considered as a place where robbers live and where the police don’t have any form of authority.”

As poverty gets worse amongst the inhabitants, so does the physical state of the hotel. Most of the infrastructure for providing water, a sewage system or electricity has been removed and sold for food and water. The once regal parquet floor has been street to fuel cooking fires and . Even the building’s concrete is being chipped away for sale, leaving the safety of the building in doubt. More worryingly, the swimming pool which is now used for bathing purposes by residents who can’t afford water from the private-owned pump across the road, contains highly polluted water. The Red Cross has confirmed a high risk of all sorts of health hazards lurking in the Grande Hotel, including cholera, HIV and malaria.

Still, the Grande Hotel is open to anyone that wants shelter. Trapped by poverty, some of the residents are now third generation.

The local municipality authority wants to help relocate the residents (to housing that would probably be just as grim) and is searching for investors. Of course, being in such a strategic location in the city, the plot could be redeveloped for commercial activities. However the municipality is not the legal owner and has no official responsibility in this case. Remarkably, to this day the hotel officially remains the property of the Portugese group Grupo Entreposto SA, the continuation of the colonial company, Companhia de Moçambique. And with ongoing economic instability in Europe, there is currently no sign of investors stepping up to the plate…

Perhaps the next time you pass your landlord in the stairwell, that complaint about a dripping faucet might not seem so urgent.

Watch this short trailer for a film made in 2010 by Lotte Stoops: 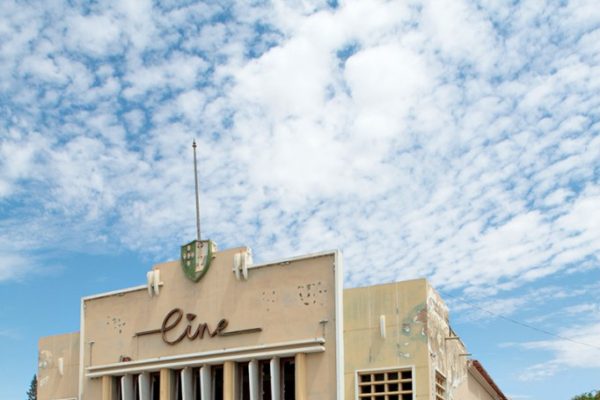 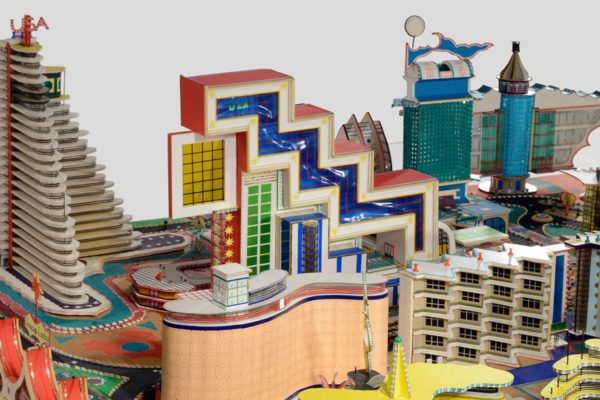 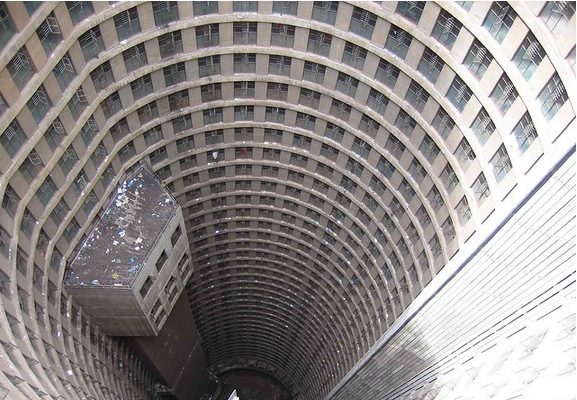 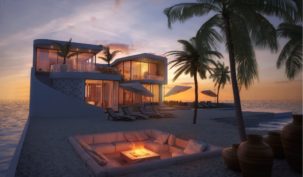 Check out the Private Portable Islands Christie’s are Now Selling