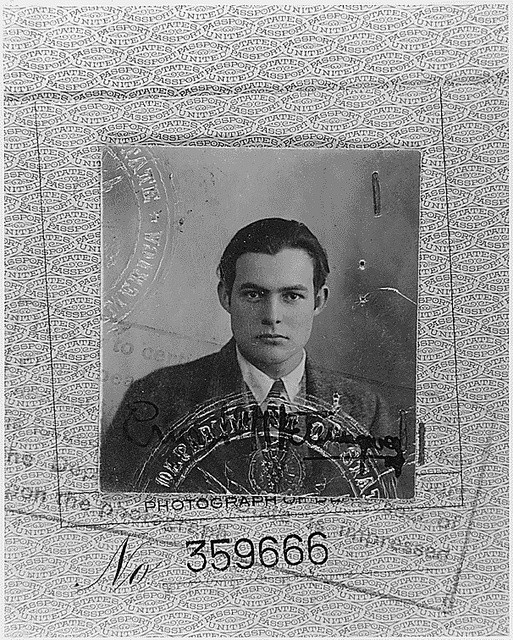 In the last few years of his life, Ernest Hemingway grew paranoid and talked about FBI spying on him. He was even treated with electroshock therapy as many as 15 times at the recommendation of his physician in 1960. It was later revealed that he was in fact being watched, and Edgard Hoover had personally placed him under survelliance. In 2009, the publication of Spies: The Rise and Fall of the KGB in America, revealed that the FBI was in fact right to spy on Ernest Hemingway, the Nobel prize-winning novelist, because he really was on the KGB’s list of its agents in America. Based on notes from a former KGB officer who was  given access in the 1990s to intelligence archives in Moscow from the Stalin era, the book reveals that Hemingway was recruited in 1941 before making a trip to China, and was given the cover name “Argo”. 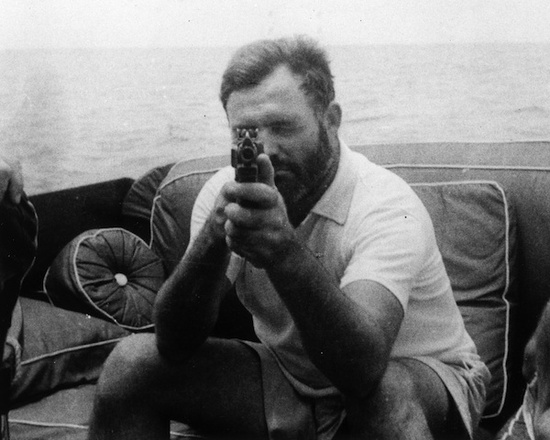 According to Soviet documents, he met with Soviet agents during the 1940s in Havana and London and “repeatedly expressed his desire and willingness to help us”. In the end, Hemingway turned out to be of little use to the Soviets  however, as it’s claimed he failed to give them any political information and was never “verified in practical work”. By the 1950s, “Argo” was no longer an active Soviet contact. Some project that Hemingway’s escapades as a KGB spy were more likely all part of an elaborate charade by him to gather literary inspiration. Others suspect his paranoia over being watched by the FBI may have led him to take his own life. Read more.

2. Ernest once took a urinal home from his favorite bar and moved it into his home, arguing that he had “pissed away” so much of his money into the urinal that he owned it. 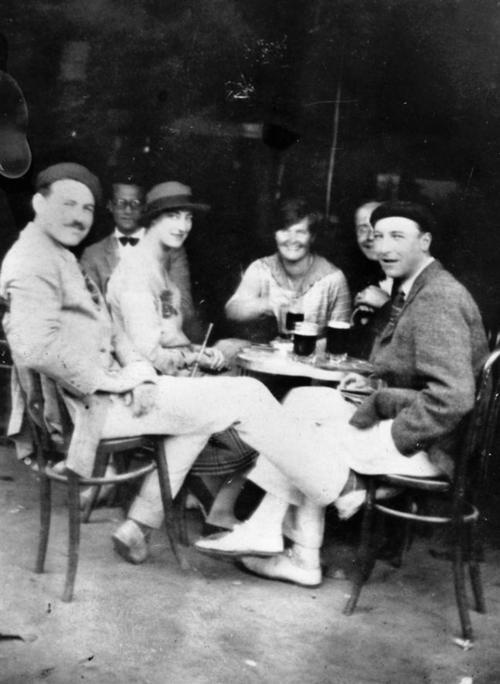 Ernest Hemingway seated with the persons depicted in the novel “The Sun Also Rises”, 1925. 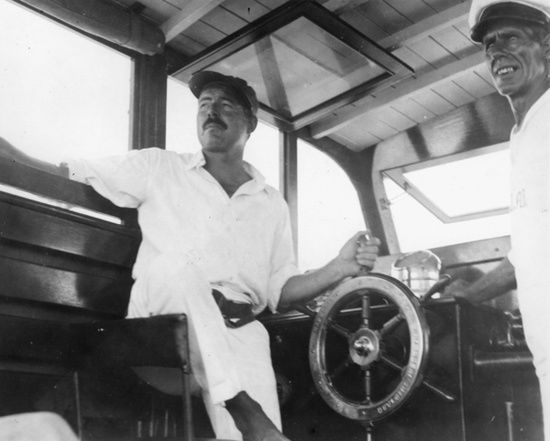 Ernest Hemingway was known to use a machine gun on sharks to stop them eating his catch, and in 1938 he established a world record by catching seven marlin in one day. Hemingway also spent a considerable amount of time from the summer of 1942 to the end of 1943 on his wooden fishing boat, patrolling the waters off Cuba’s north shore hunting Nazi U-Boats with direction-finding equipment, his machine gun and hand grenades. More here.

In the end, the only thing that could kill Hemingway it would seem, was himself… 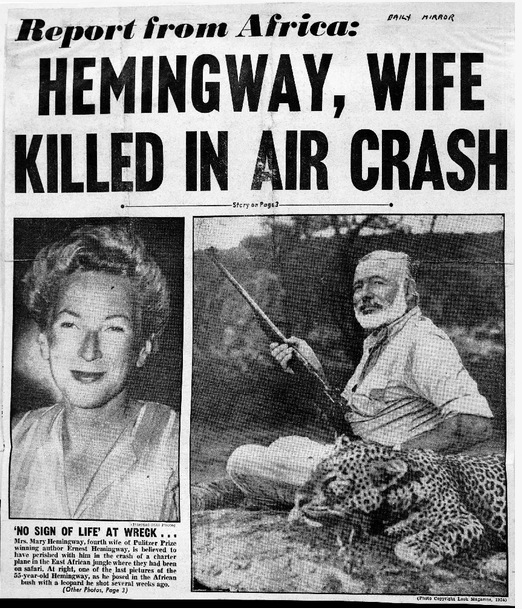 “In 1954, while in Africa, Hemingway was almost fatally injured in two successive plane crashes. He chartered a sightseeing flight over the Belgian Congo as a Christmas present to Mary. On their way to photograph Murchison Falls from the air, the plane struck an abandoned utility pole and “crash landed in heavy brush.” Hemingway’s injuries included a head wound, while his wife Mary broke two ribs. The next day, attempting to reach medical care in Entebbe, they boarded a second plane that exploded at take-off, with Hemingway suffering burns and another concussion, this one serious enough to cause leaking of cerebral fluid. They eventually arrived in Entebbe to find reporters covering the story of Hemingway’s death. He briefed the reporters and spent the next few weeks recuperating and reading his erroneous obituaries.”

5. Ernest Hemingway killed himself with his favorite shotgun bought from Abercrombie & Fitch. 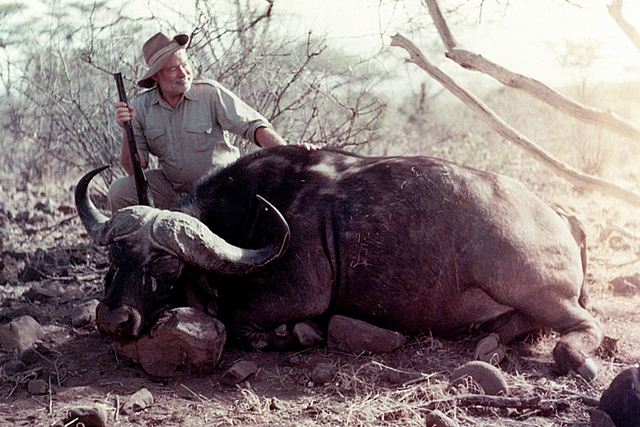 6. Ernest Hemingway was charged with war crimes under the Geneva Convention when he took command and led of a group of French militia into battle against the Nazis. 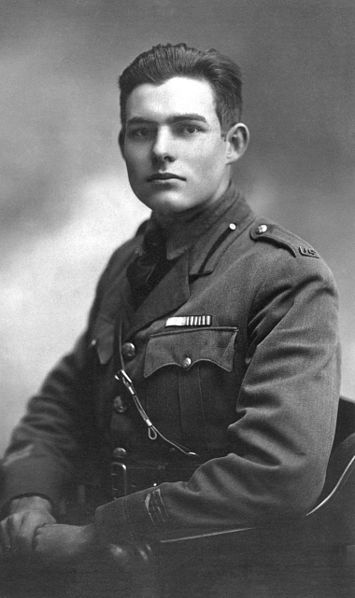 Hemingway as a young soldier

Serving as a war correspondent during WWII, he had removed his non-combatant insignia and posed as a colonel. In the end, he was not convicted and claimed that he only offered advice and any titles given to him by the men were simply signs of affection. According to Hemingway himself, he and his unit were the first to enter the city during the Liberation of Paris, when he and his unit retook the Ritz Hotel, and more importantly the Ritz Bar, from Nazi control a full day before the Allied liberation force entered the city! More here

7. In the Florida Keys, there are a lot of 6-toed cats, because Ernest Hemingway’s cat “got around” a lot. 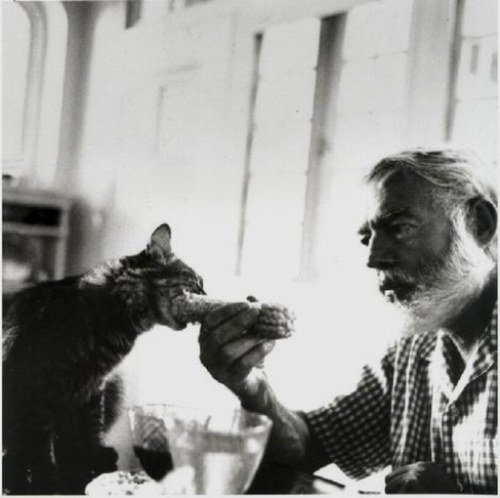 Hemingway was first given a six-toed cat by a ship’s captain and became one of the more famous lovers of polydactyl cats. Upon his death in 1961, his former home in Key West, Florida, became a museum and a home for his cats, and it currently houses approximately fifty descendants of his cats (about half of which are polydactyl). The “Hemingway Kitty Cat”, or simply “Hemingway Cat”, is a term which has come to describe polydactyls. More here.

8. Ernest Hemingway once examined F. Scott Fitzgerald’s penis in a cafe toilet and assured him it was of “normal” size. 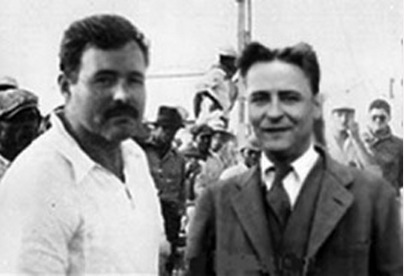 (Because Zelda Fitzgerald has told him that the size of his penis could never make any women happy). An account from Hemingway’s A Moveable Feast, the only book about Paris in my opinion, that you’ll ever need to read…

9. Hemingway’s brother founded a nation off the coast of Jamaica that consisted of a raft and 7 citizens. It had currency, postage, and a constitution.

The Republic of New Atlantis founded by Leicester Hemingway in 1964 habitable man-made island; in practice they were limited to a 2.44 x 9.14 metre steel and bamboo raft, was anchored to the floor of the Carribean Sea with the aid of an old Ford engine block. It was a destroyed two years later in a tropical storm. In 1973, he created a second micro-nation in the Bahamas on a a 91 metre-long sandbar. Four officials from the US State Department met with Hemingway and concluded that the “alleged president” as “not a kook”, and stated that “Attempts at creating this island would be viewed by the United States as a highly undesirable development averse to our national security, particularly as it might encourage an archipelagic claim.”

This is a copy of the New Atlantis constitution (see enlarged version here): 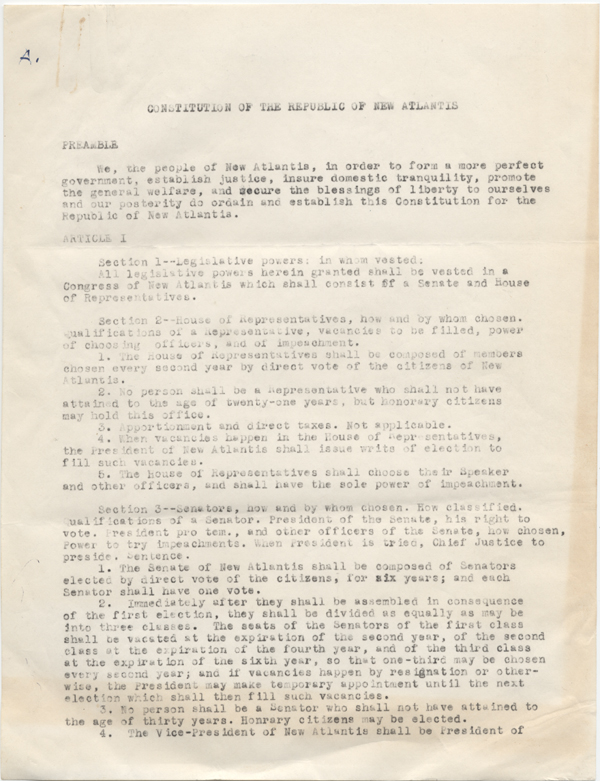 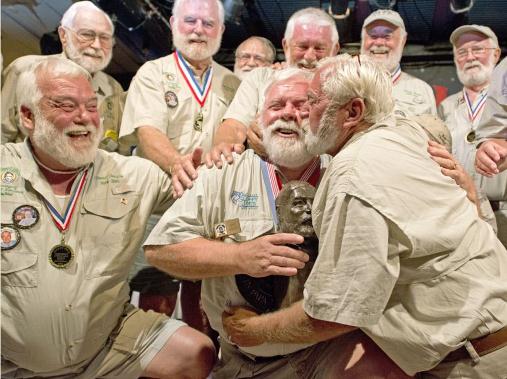 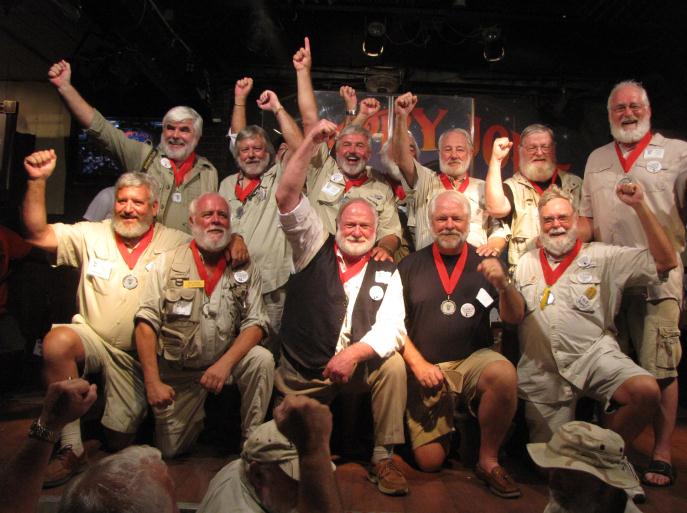 Bonus! Ernest Hemingway had a rather flat derrière! 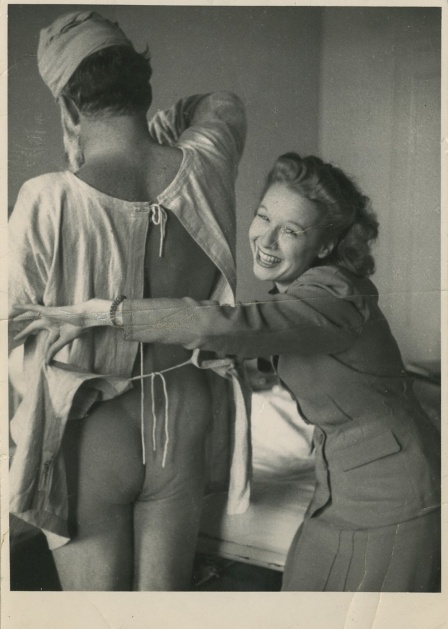 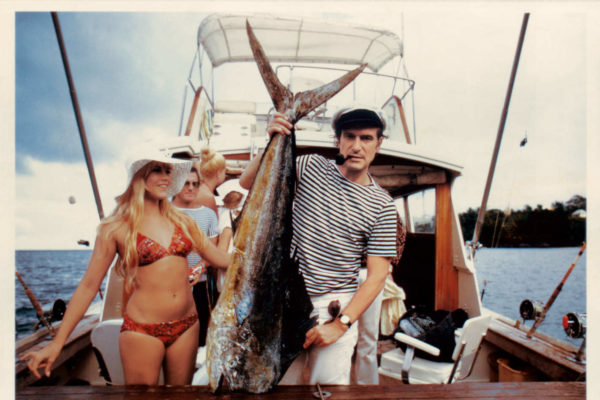 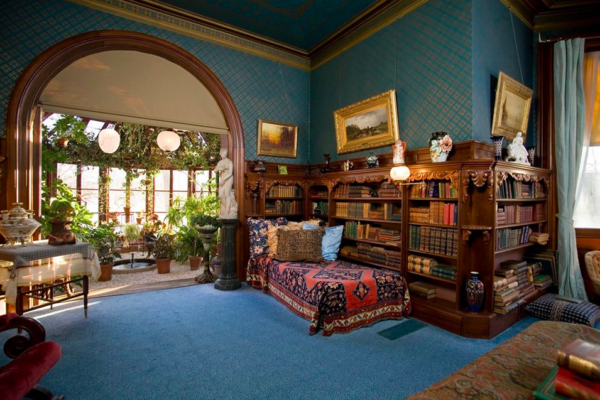 13 Things I Found on the Internet Today (Vol.XXVI)
Through the Eyes of a Boat 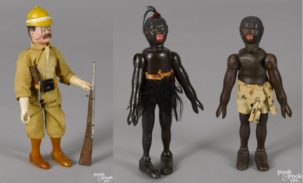