They were devised by Hollywood set designers, assembled like stage props and “inhabited” by actors, but entertainment was far from the agenda. Photographed taking a sunny stroll down a seemingly suburban avenue called Synthetic Street, these ladies are actually on the rooftop of the B17 Bomber factory in Seattle Washington in 1941, camouflaged by nearly 26 acres of suburban American fakery.

Following the attack on Pearl Harbour, Japanese submarines were spotted off the San Francisco Bay and near Santa Barbara in 1942. The West Coast became the next presumed target, and in a short period of time, strategic wartime factories became sites for the elaborate construction of entire replica towns, complete with fake houses, roads, cars and even residents. Under this detailed walkable roof of mock suburban landscape, nearly 7,000 Boeing B-17 Flying Fortresses were being produced for the precision strategic bombing campaign of World War II against German industrial and military targets. 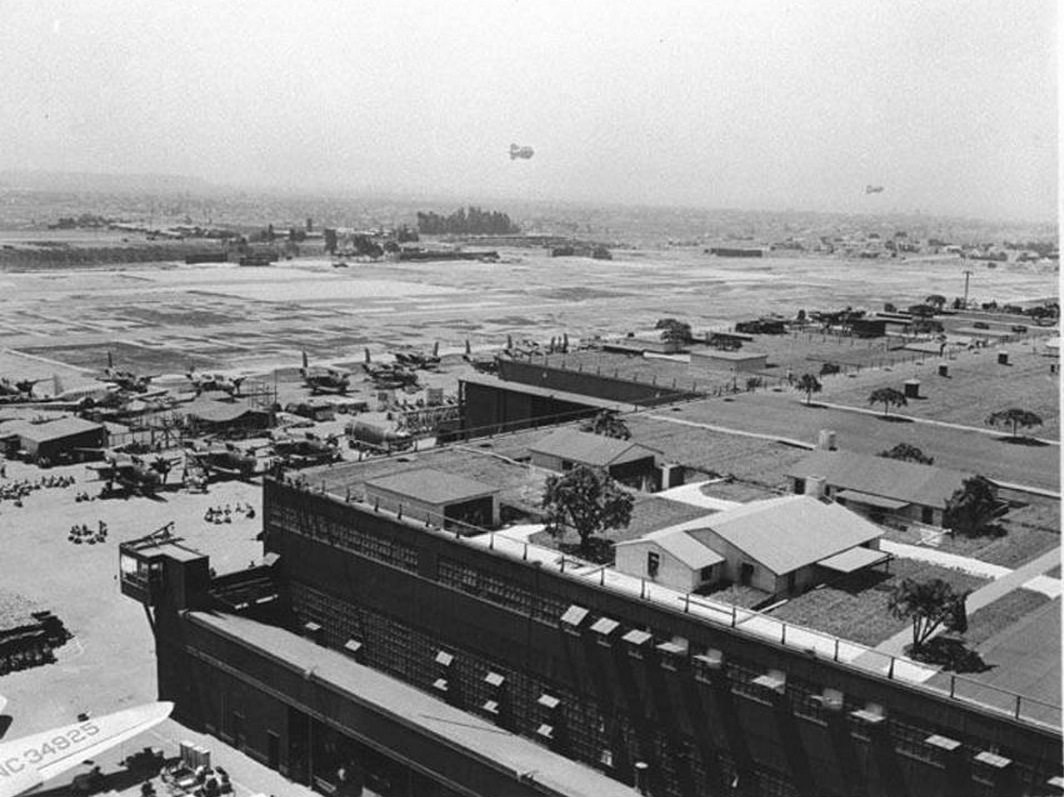 Pictured above: The Douglas Aircraft company in Santa Barbara, camouflaged by a model town designed by landscape architect Edward Huntsmen-Trout. 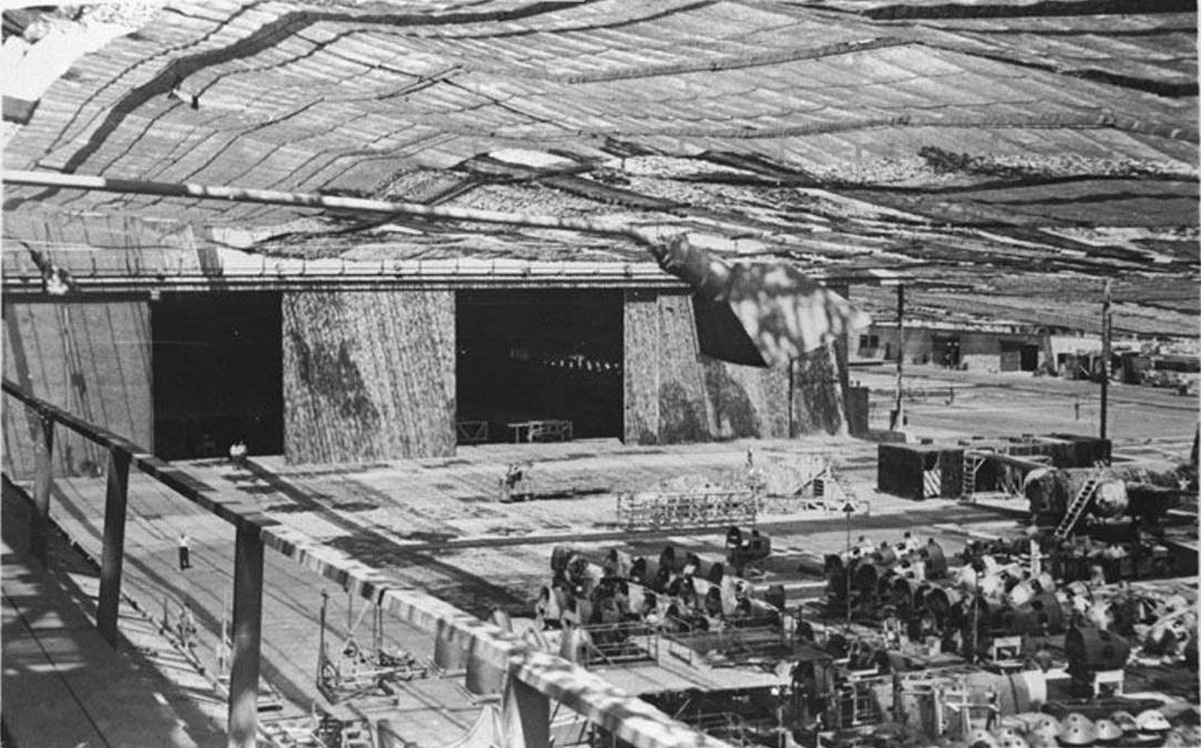 Hastily assembled using burlap netting, plywood and other materials, their purpose was to hide what lay beneath and divert the enemy by fooling them into thinking their most important wartime factories were little more than quiet residential neighbourhoods.

The factories even went as far as hiring actors to inhabit their fake rooftop towns, pretending to have neighbourly picnics, tend to their gardens, hang their washing on clothes lines and take strolls down the decoy streets.

↑ “Gardeners” tend to the fake trees of the Douglas Aircraft Company rooftop in Santa Barbara, concealing the manufacture of military aircrafts.

Fortunately, the Japanese bomb squads never made it as far as the West Coast and the fake rooftops towns were all dismantled by the war’s end, forgotten in history. All that remains are these neat photographs to feed the imagination and this old 1940s government newsreel footage. Sadly the audio track didn’t survive …

So, anyone inspired to a bit of rooftop landscaping this summer?

Images via The Santa Monica Public Library and Taphilo 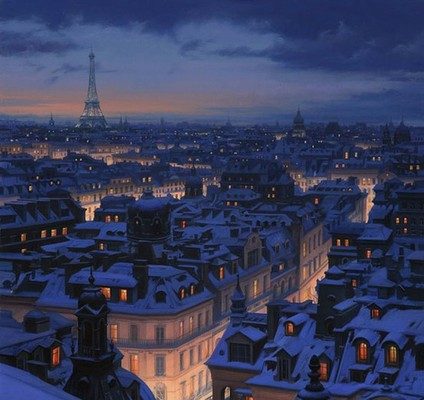 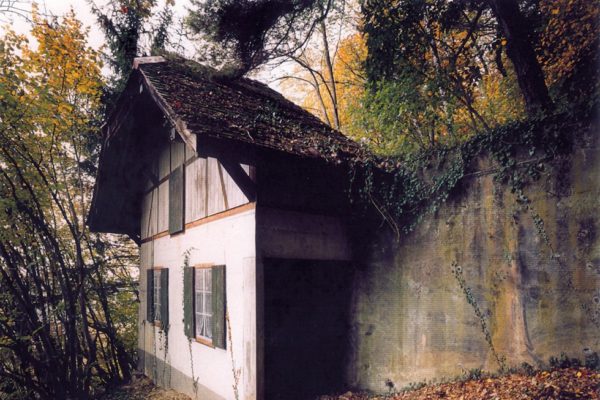 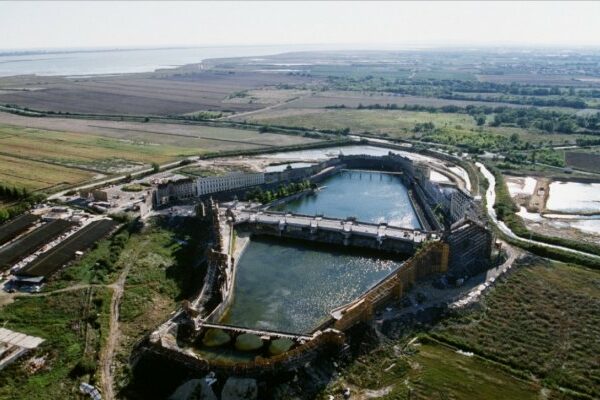 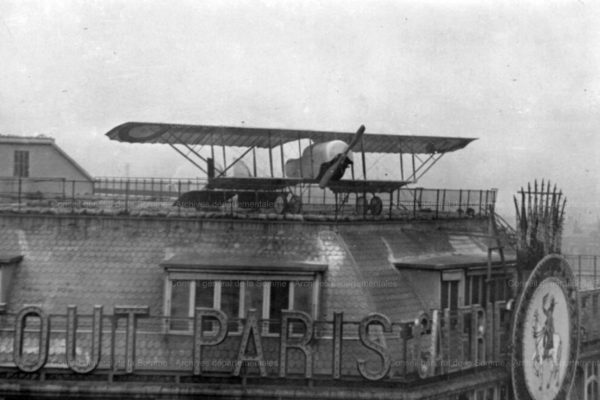 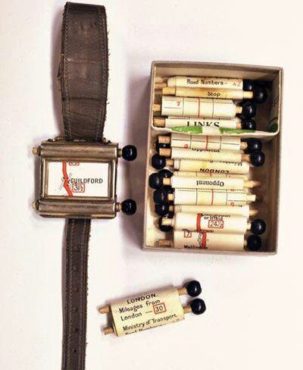