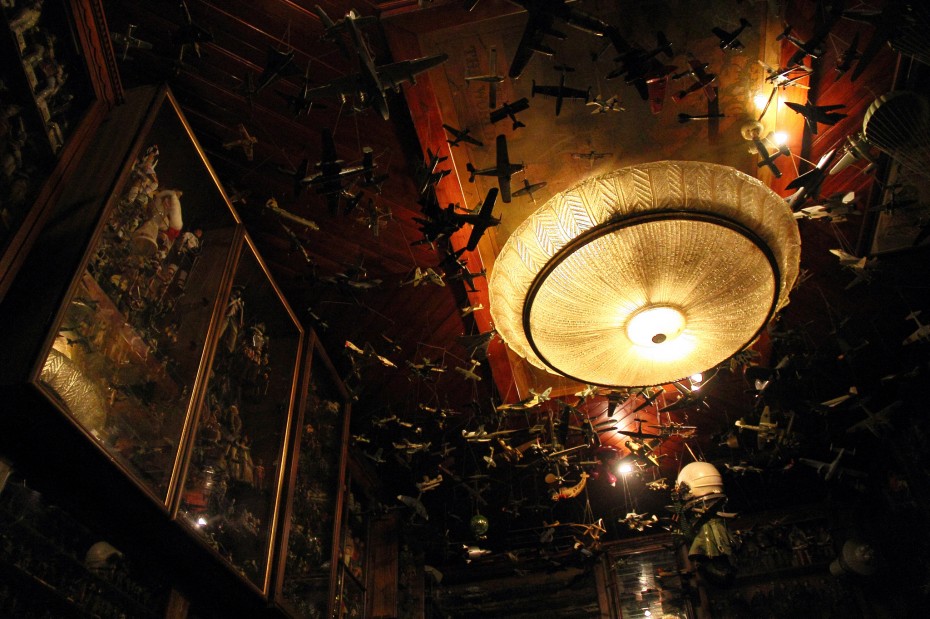 You know what museums are missing? Cocktails.

Calling all collectors and oddity enthusiasts (that includes you), I’d like to present one of the world’s most eccentric bars, a veritable cabinet of curiosities if I’ve ever seen one, containing tens of thousands of fascinating objects housed in a former exotic grocery store-turned-drinking den. 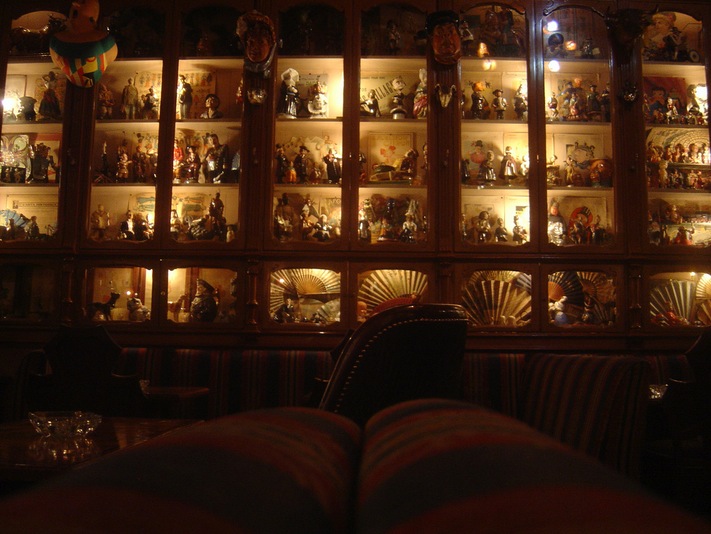 Antique soldiers, war memorabilia and bizarre nicknacks line the bodega’s original cabinets that were once used to display fine spices, coffee and teas. If there’s one place for us hunters of the off-beat to discover in the Portuguese city of Lisbon, this is probably it. Step inside the Pavilhão Chines…. 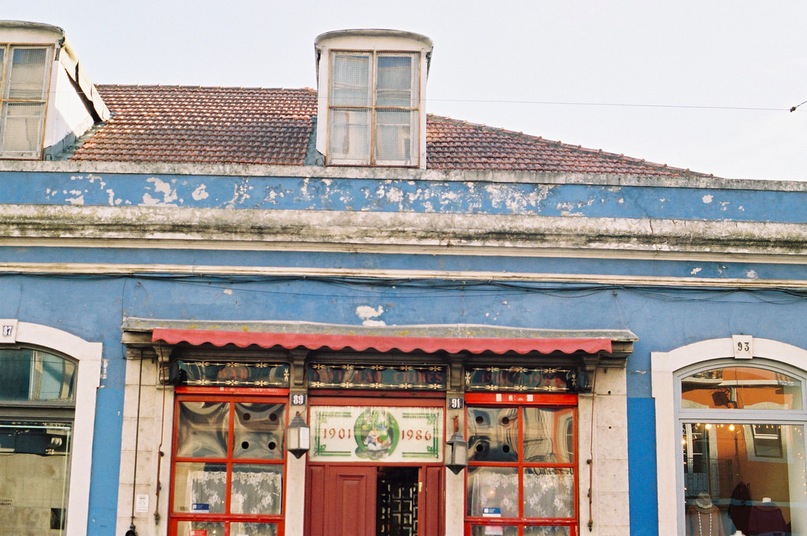 Ring the doorbell to be greeted by one of the veteran red-vested bartenders, find a cozily-lit nook surrounded by curious treasures and browse the 10+ page menu of bizarre old-school cocktails mixed to perfection… 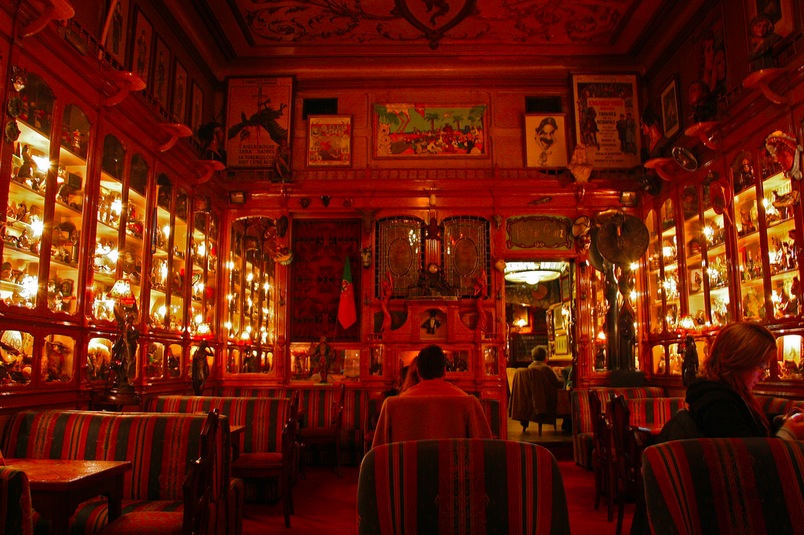 Owner Luis Pinto Coelho, first opened the Pavilhão Chines (Chinese Pavillion) in 1986 as an antique store inside the old grocery store which had been standing since 1901. Being the sociable Lisbonite he was however, Luis was constantly mingling with friends and drinking with new clients at his shop that just a year later, he officially opened the space as his bar. 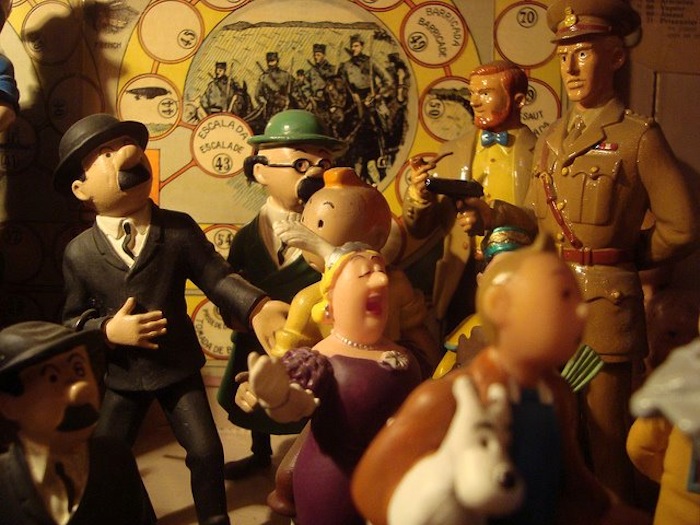 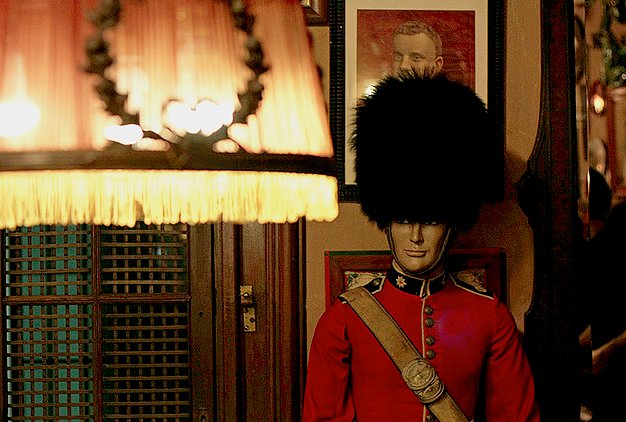 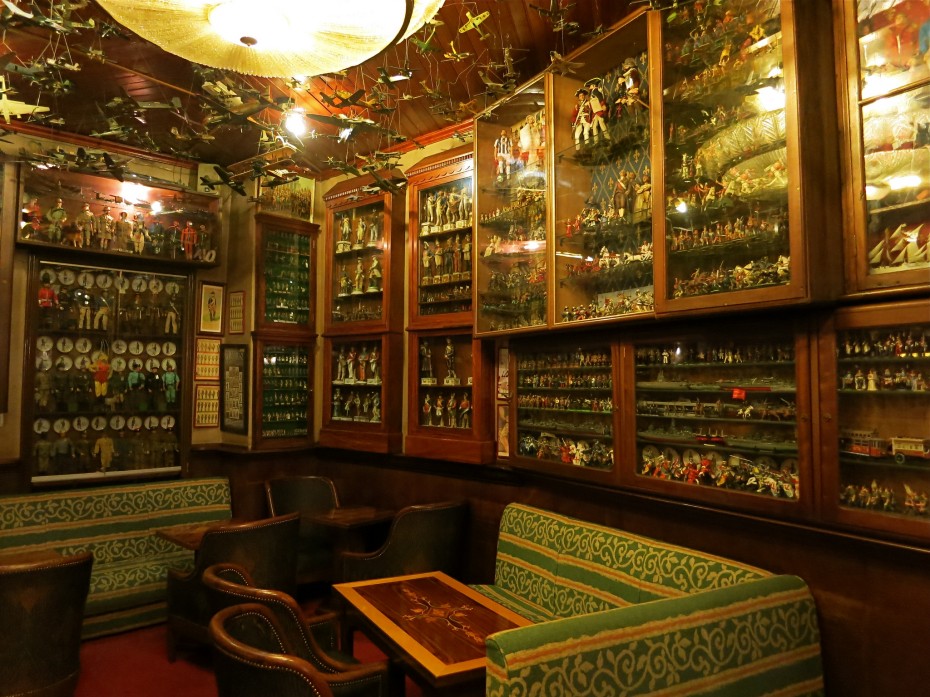 Luis had been collecting since he was 14 years-old and decked out the entire bar himself, making use of the crumbling plaster and recovered display cabinets to bring his hoard of artefacts stored at home. 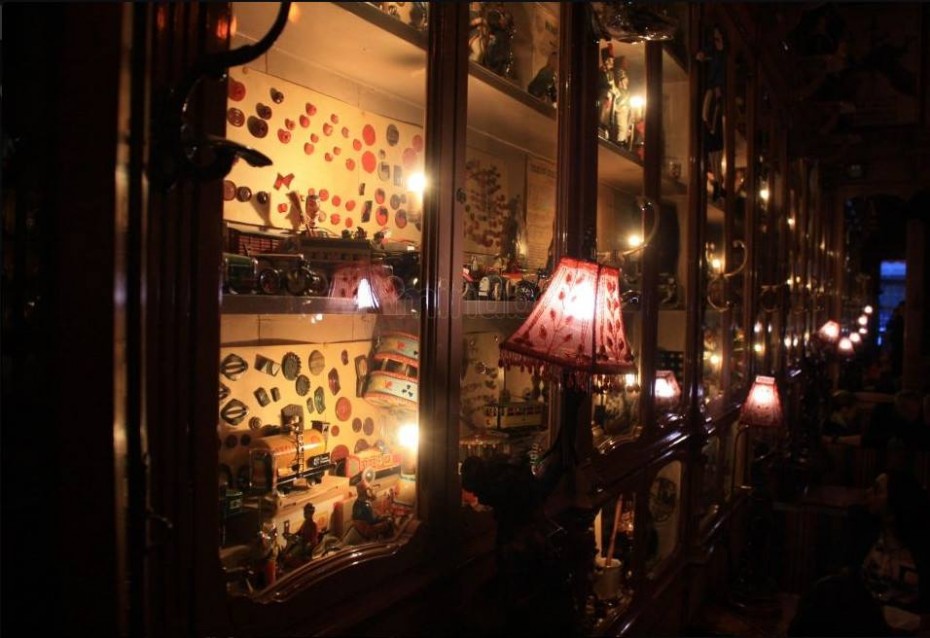 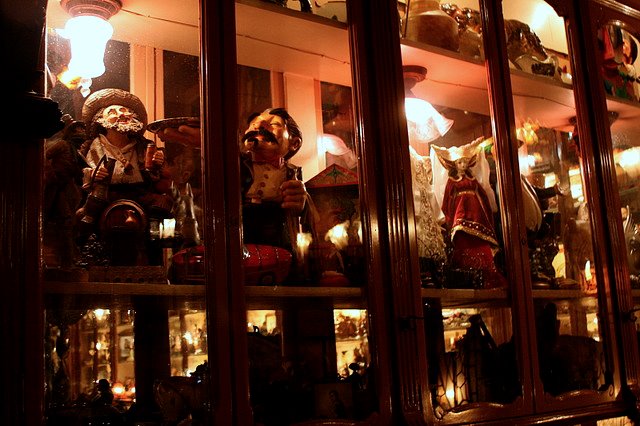 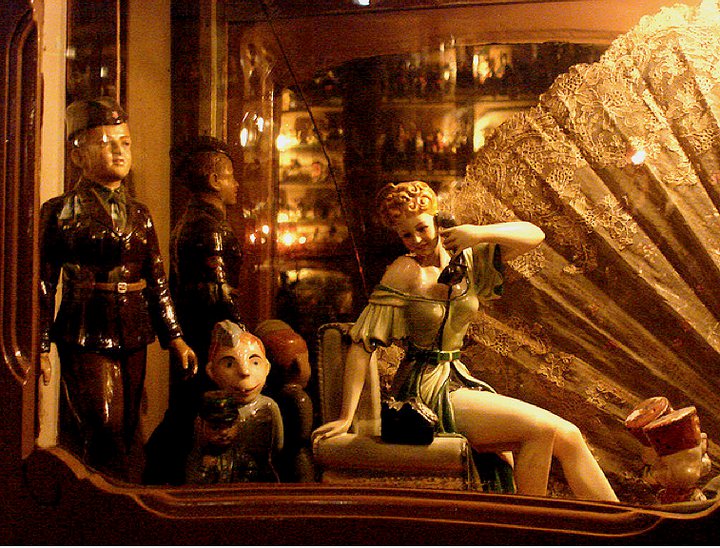 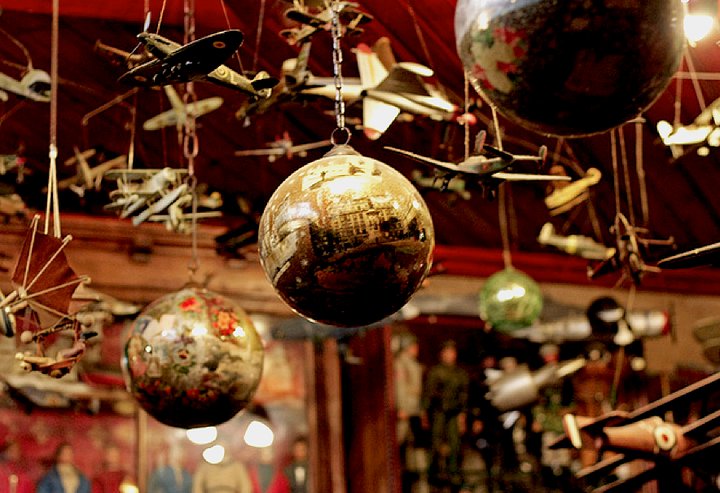 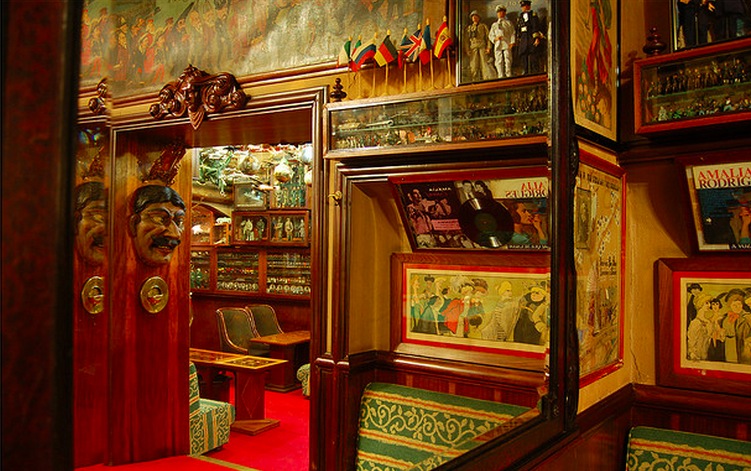 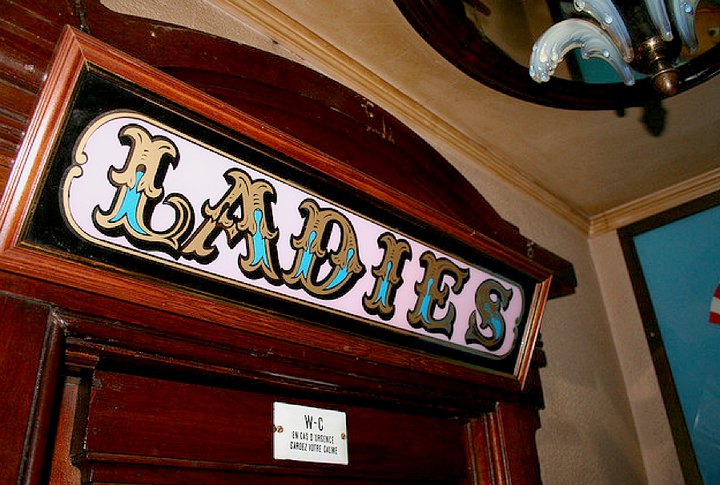 The gentlemen’s club style venue consists of five rooms, including a fabulous pool room at the back. 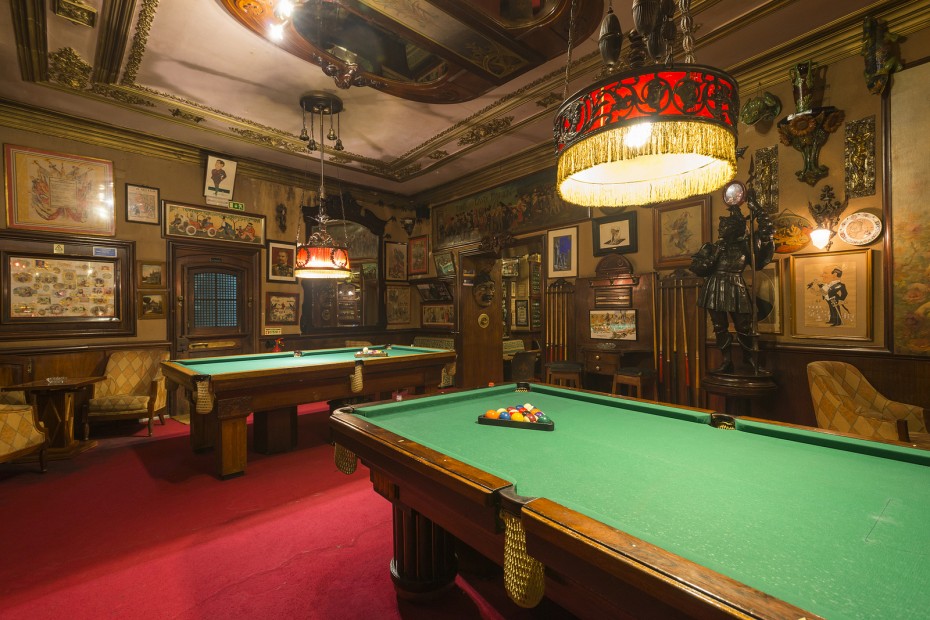 The Pavilhão Chines advertising works through word-of-mouth and the cards and postcards that patrons take with them. But Luis has become a legendary host of the city with three other equally eclectic ‘brother bars’ in the city, including Paródia, Foxtrot and the single-room speakeasy hidden down an alley, Procópio– definitely worth checking out too if you’re up for a night of quirky bar hopping. 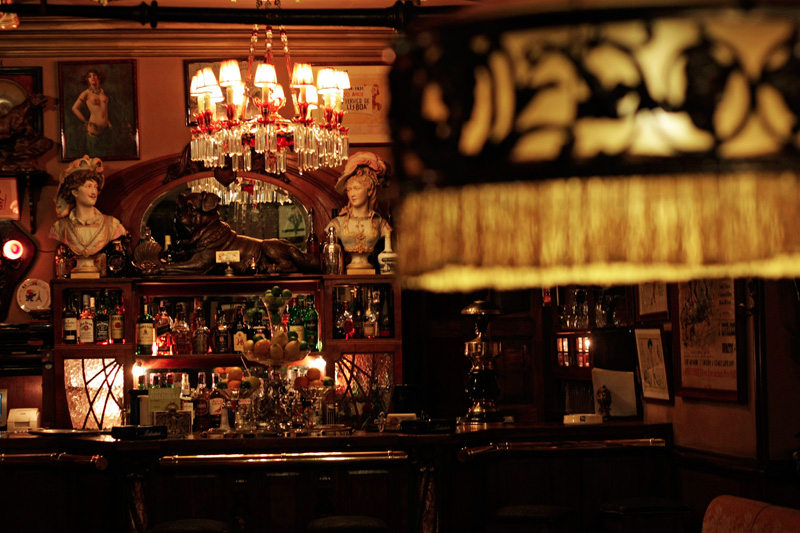 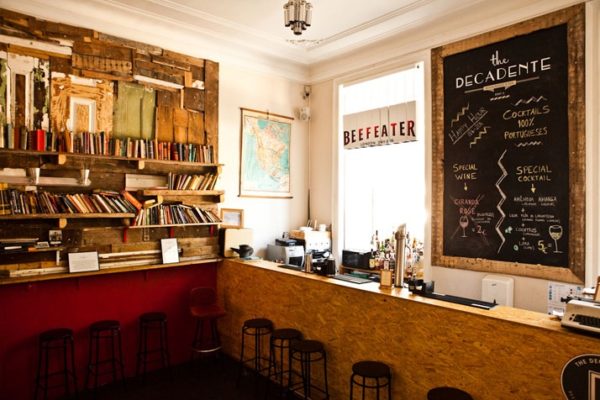 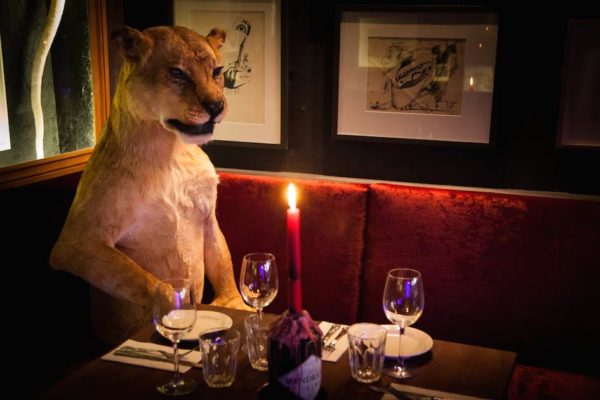 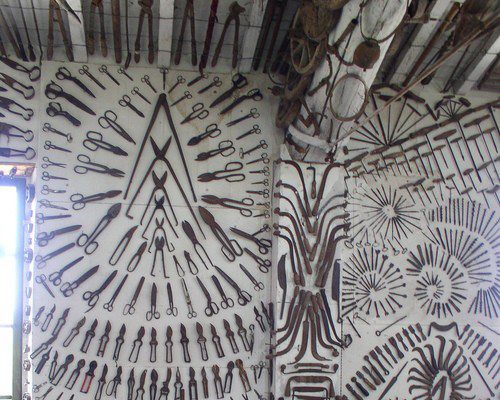 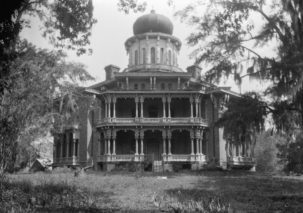