A Day with Charlie in Paris

We were late, we were late for a very important date. The march began at 3 o’ clock but Paris was blocked at every turn. So we took the highway and whizzed around the city with a little encouragement from the traffic regulators… 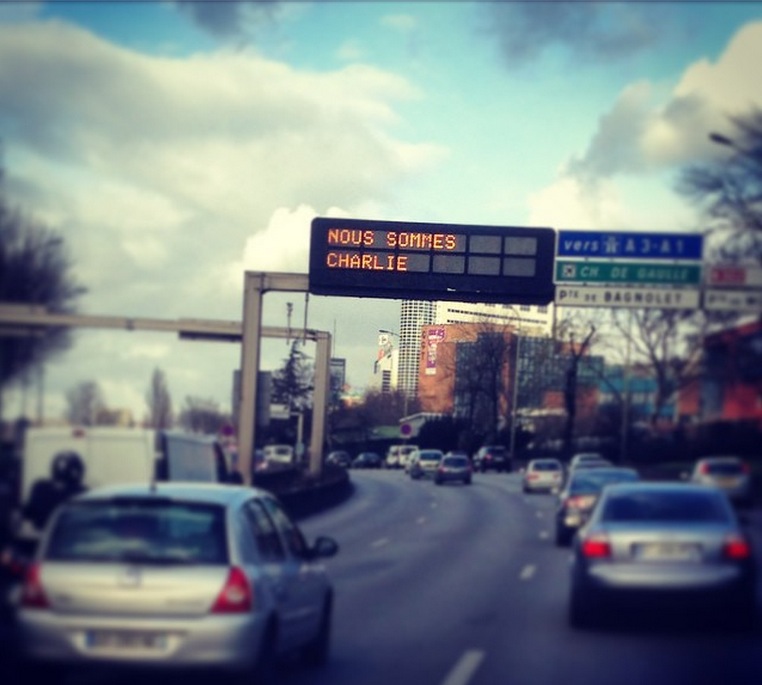 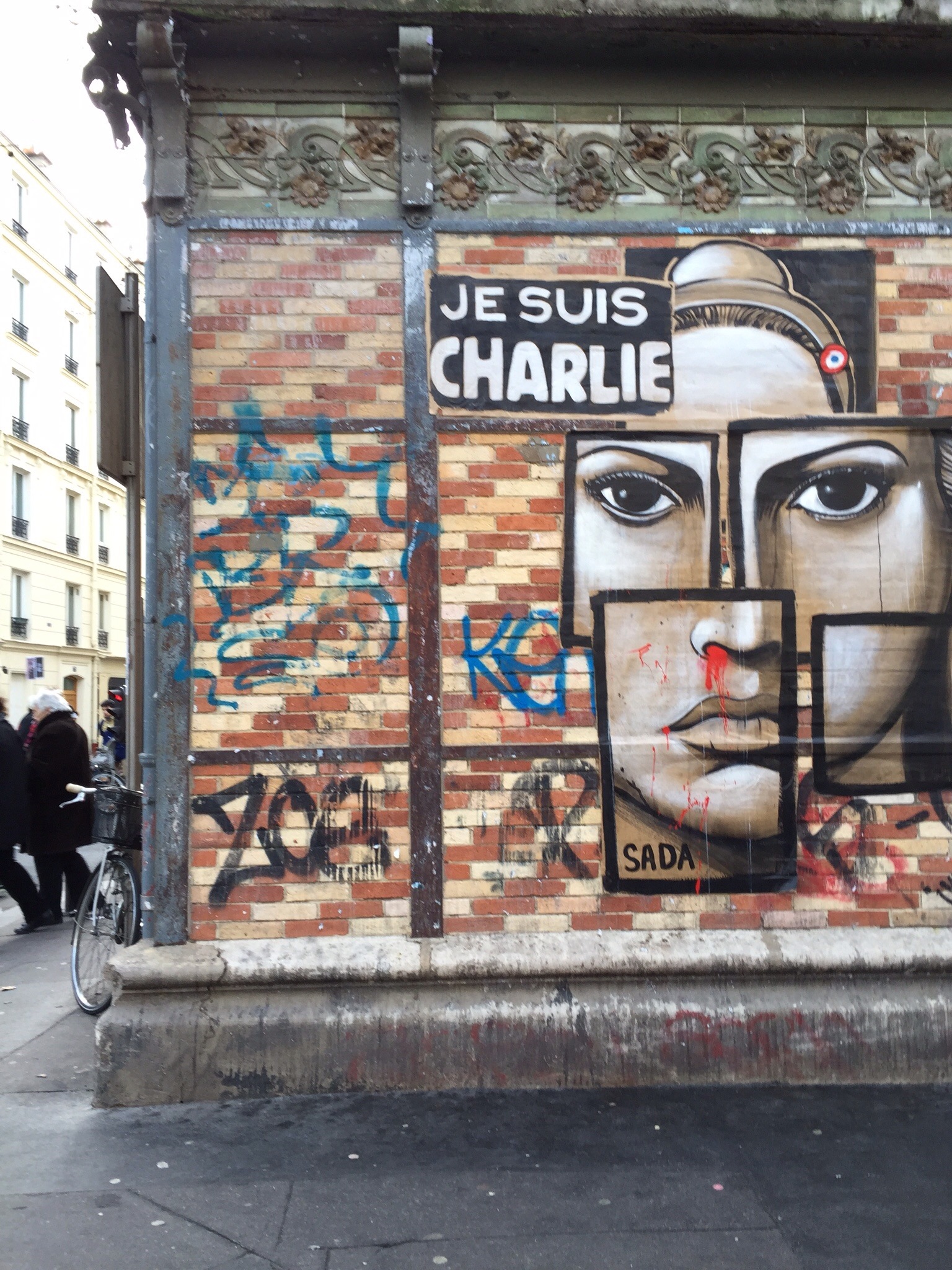 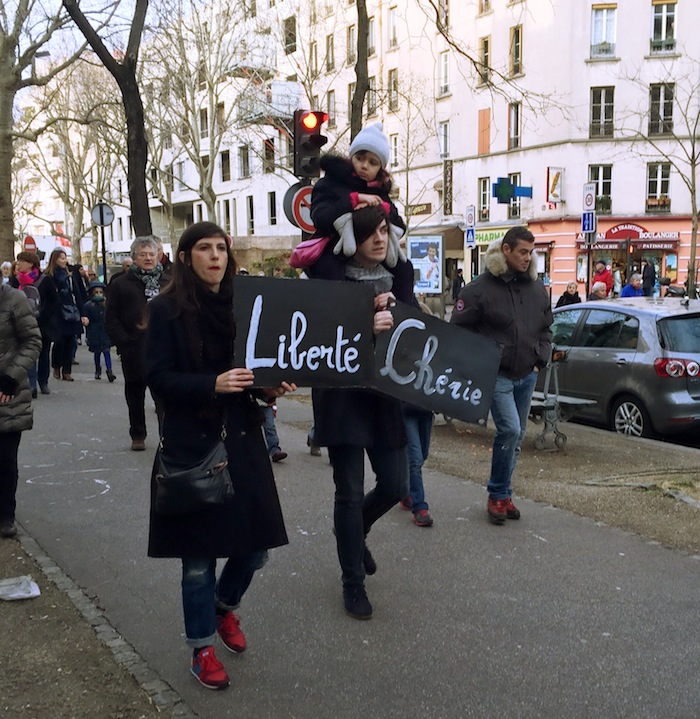 We jumped in with the march, though more of a pleasant stroll I would say– a march à la Française. 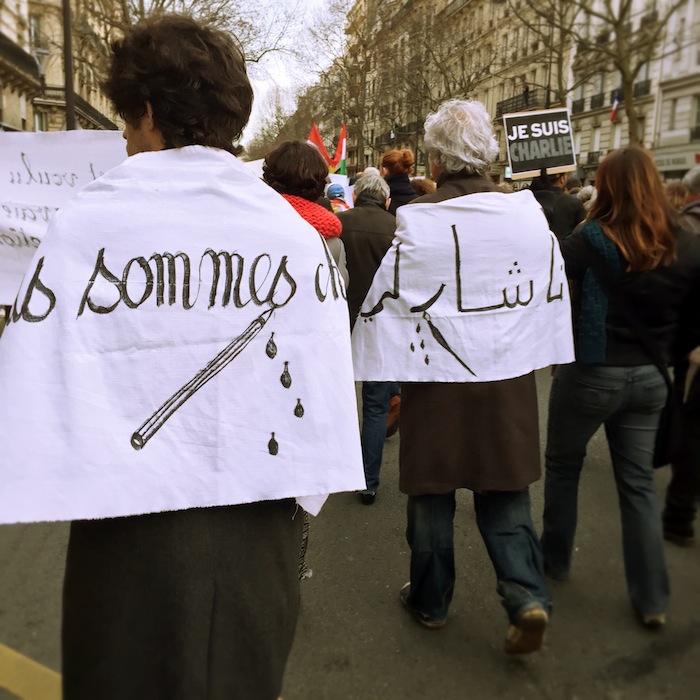 Reading the messages on the backs of our fellow citizens, joining in with the wave of clapping that swept through the crowd every few minutes, taking in the peaceful but determined mood… 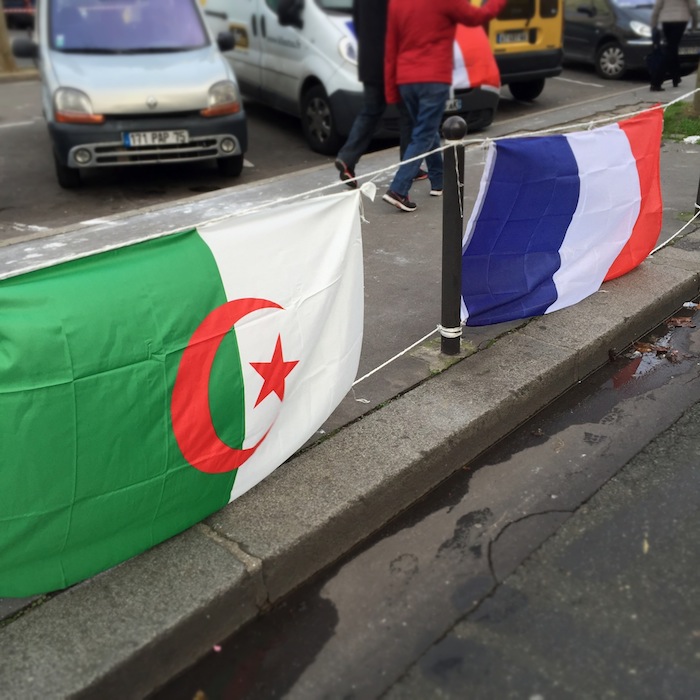 Nationalities from all corners of the world were represented, standing side by side. 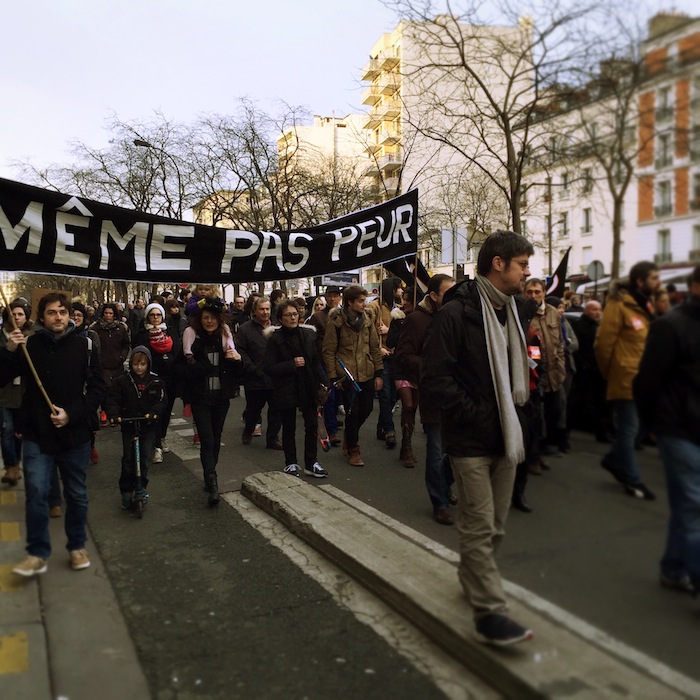 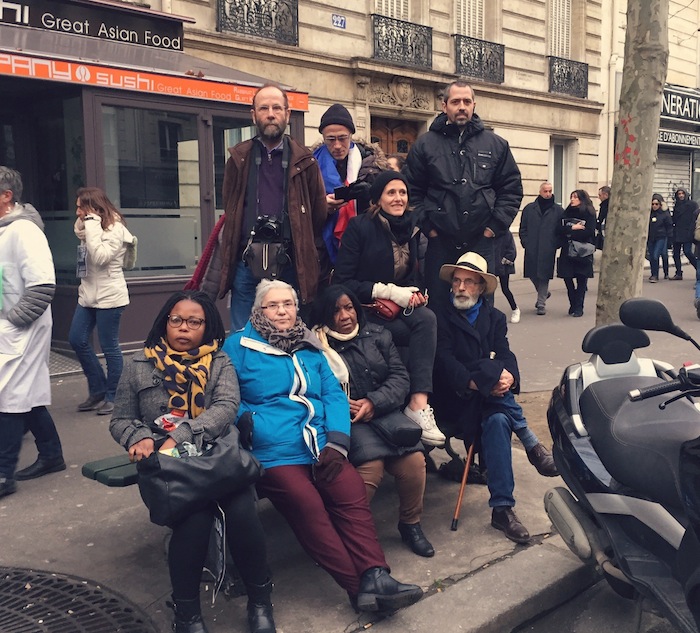 The benches were a good place to make new friends. 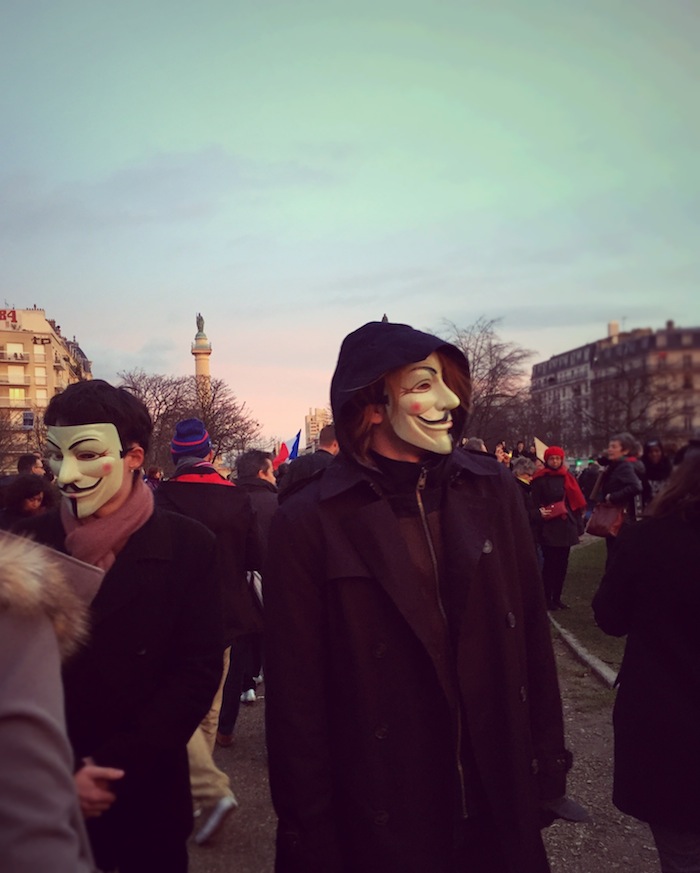 Even the folks from Anonymous took a break from hacking into Twitter accounts of the bad guys. 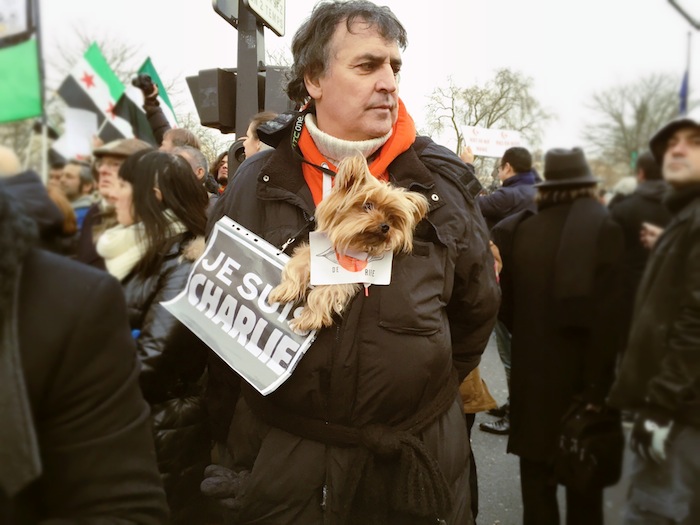 No one was left at home that day, not even le dog. 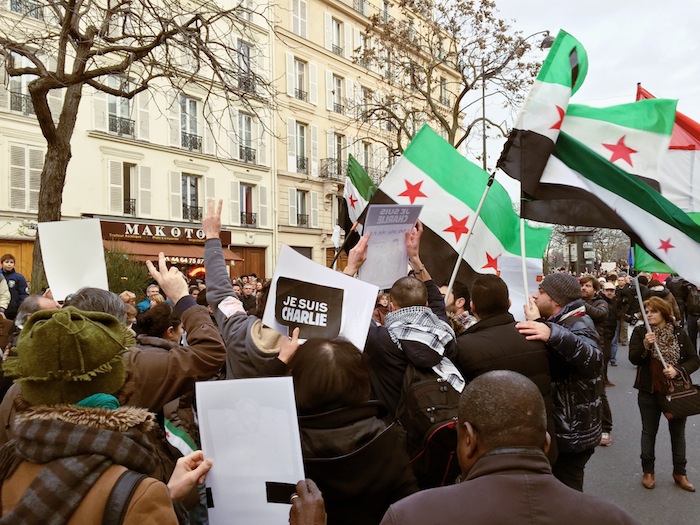 We came upon a group of Syrians proudly chanting, “We are Syrian, We are Charlie.” 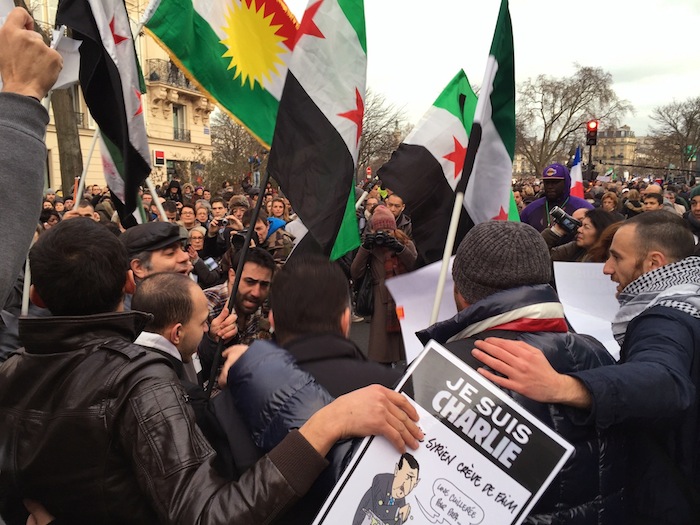 I think they were my favourite people to see at the march. 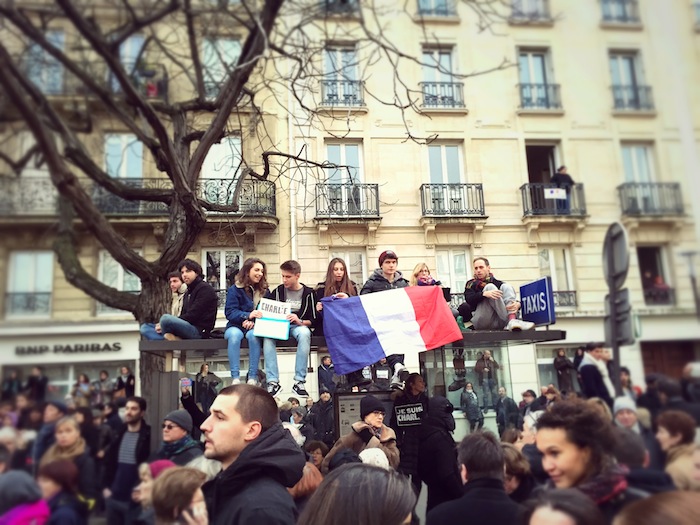 As we approached Place de la Nation, the endpoint of the march, the human traffic jam began, but oddly, it wasn’t unpleasant, or claustrophobic.  It felt more like being in a warm and calming cocoon, surrounded by people we had never met but who were nevertheless, our brothers and sisters. I’ve never quite had a feeling like it. 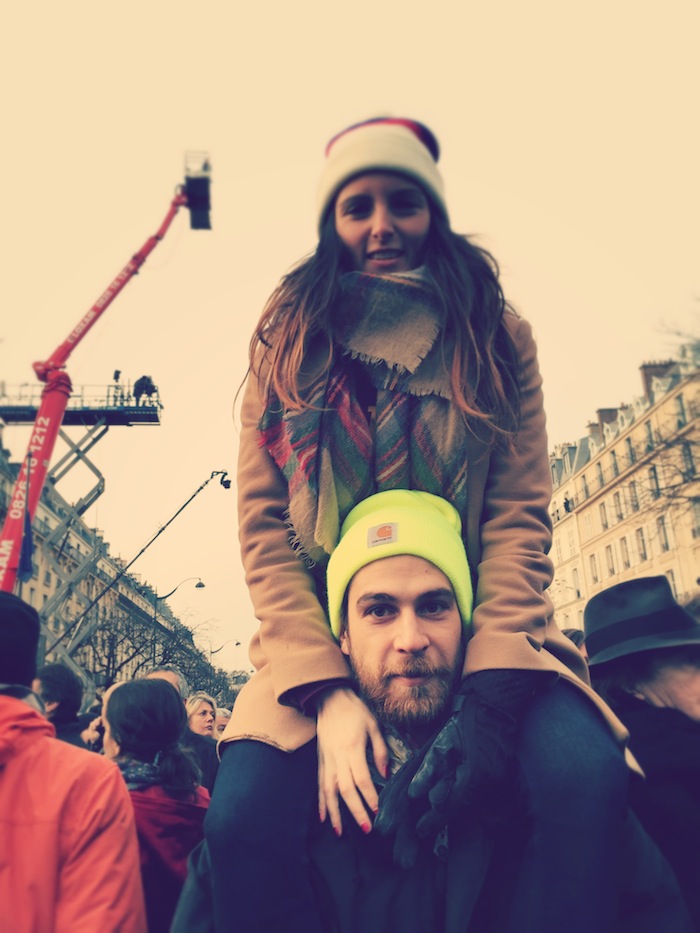 I decided to climb my own personal crane to get a better idea of just how many we were. 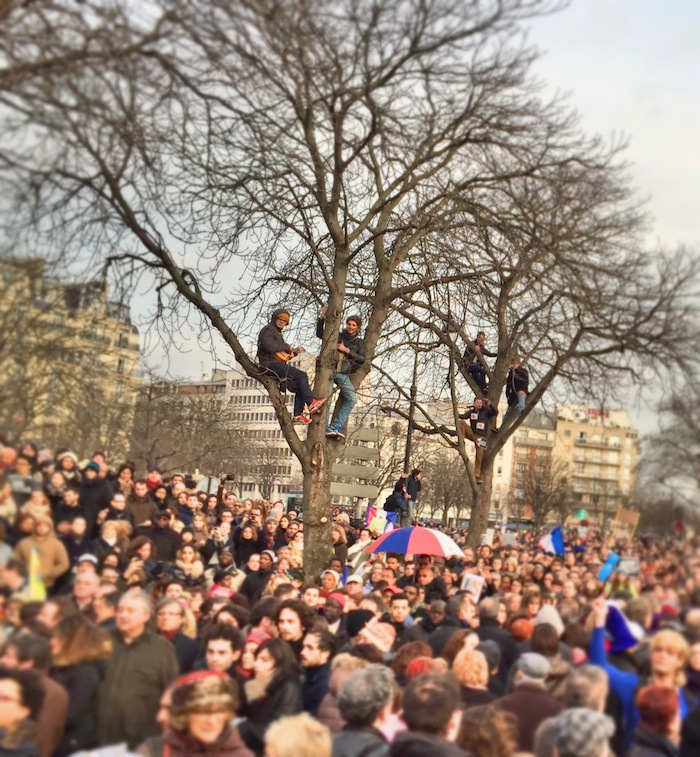 And with a head above the rest, I started to really understand that I was a small part of a very historic day. 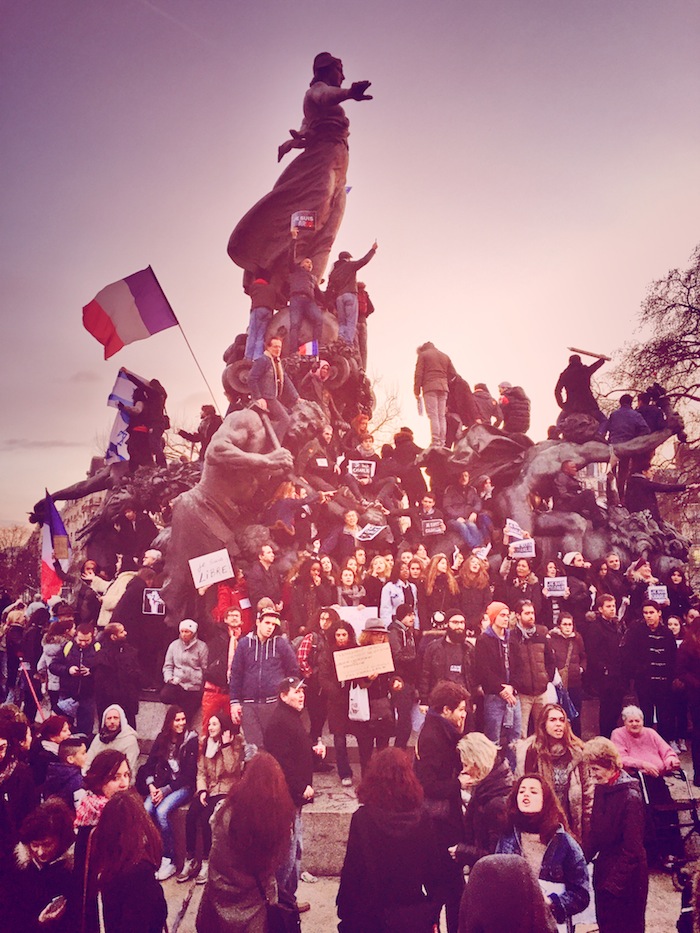 As the sky turned pink, Marianne watched over her crowd and not a single person on this day could not have felt humbled by the will of humanity to stand up for what is right.

Thanks to my march buddy @girlmeetswhirl for taking snaps after I ran out of battery.

13 Things I Found on the Internet Today (Vol. CVIX)
Peter Pan’s Hideout is Now Available to Rent on AirBnB 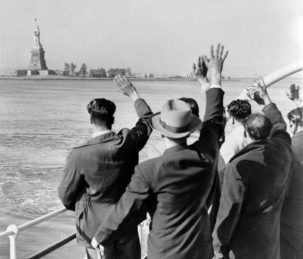