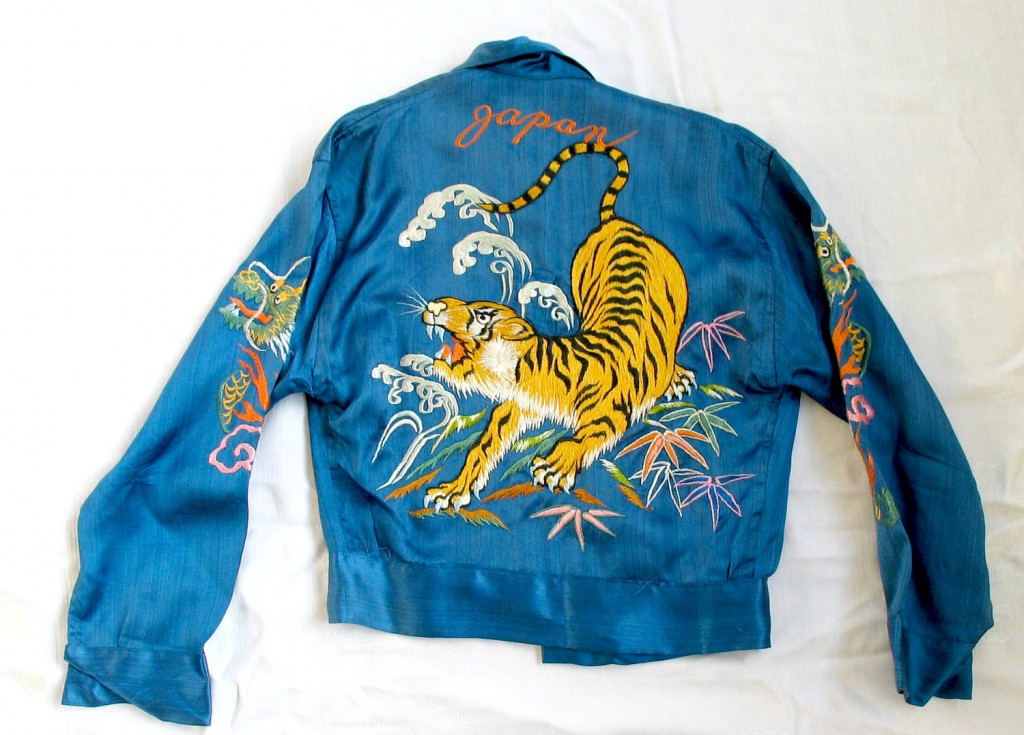 Isn’t she gorgeous? I was taking my morning roam around the internet when I stumbled upon this vintage embroidered silk jacket for sale online at Etsy. Unfortunately, when I clicked the link, I was told, “Sorry, this item has been sold”. Of course it had. But I never give up that easily. And, just as all great and obsessive internet searches usually go, I found a pretty cool story to go with it. 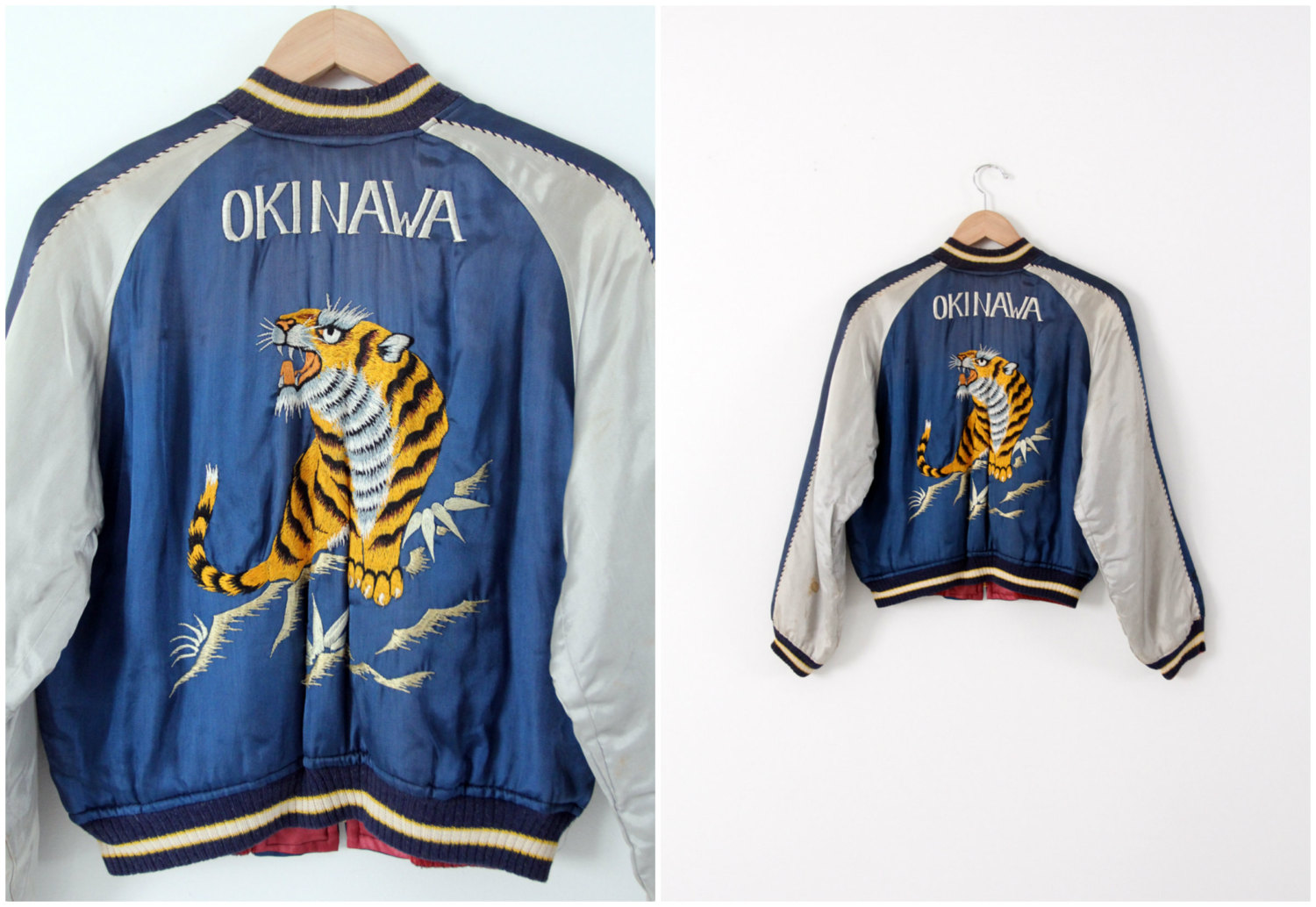 You’ve seen these sort of jackets before; Mick Jagger wore one, Ryan Gosling sported one throughout the movie Drive, and not to mention they were all over the men’s catwalk at Louis Vuitton and Pringle this year. But like me, you might not have known they had such an interesting history and roots that go much further back… 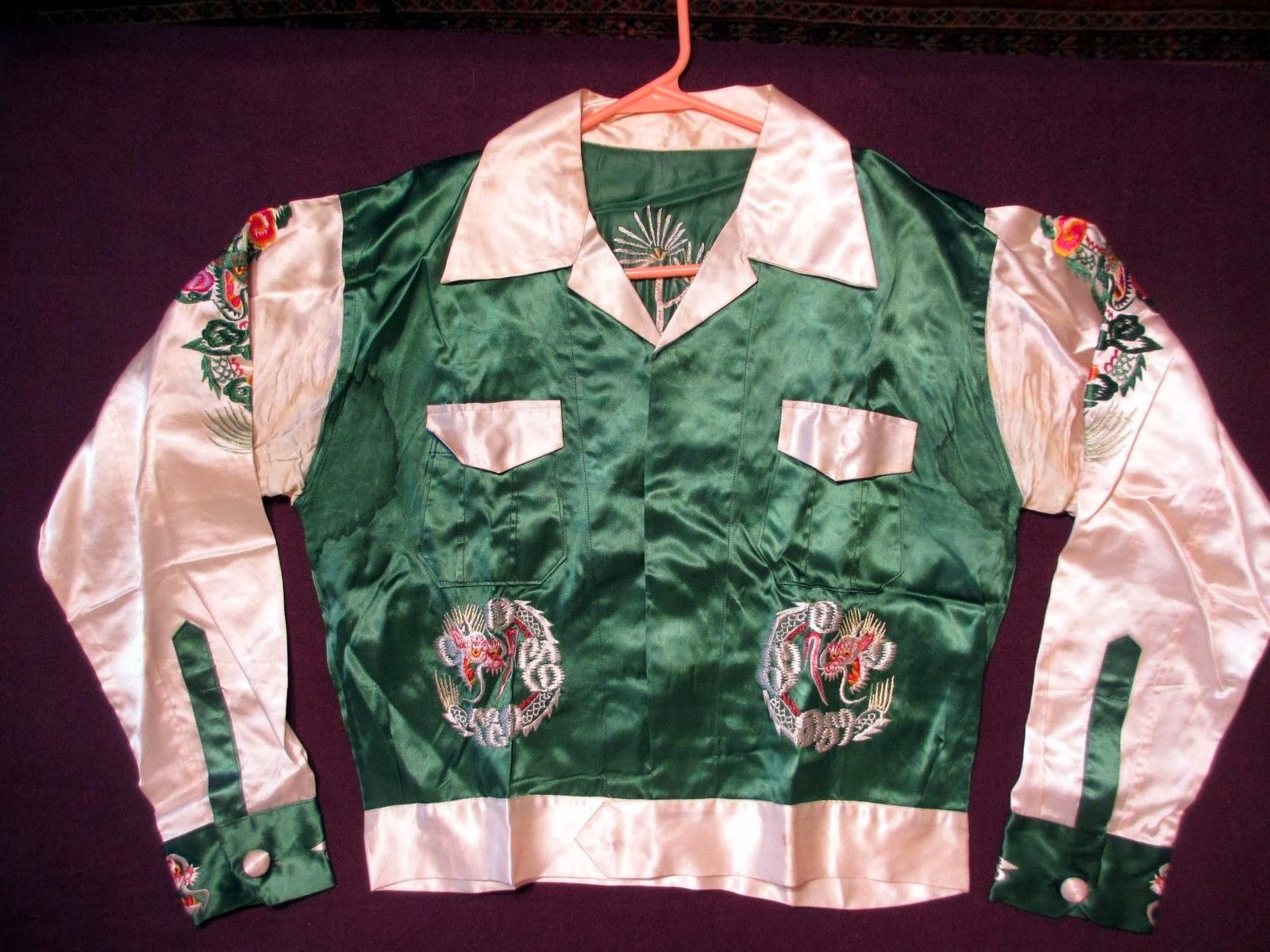 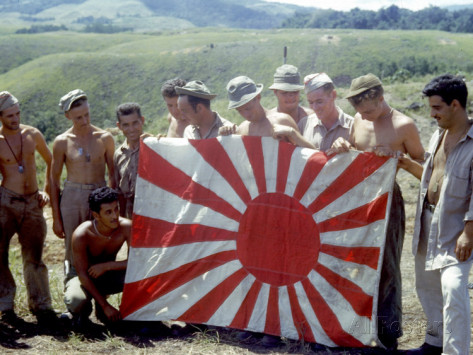 World War II had come to an end, U.S. servicemen were stationed at the naval base in Yokosuka, south of Tokyo, Japan, and just as American soldiers across all ranks had done in their downtime, they went looking for personal keepsakes from the war to take home. As soldiers prepared to return to their families on American soil from their tour in Japan, souvenir shopping became a priority.

They say that the origin of our jacket can be traced back to a single U.S serviceman who took his flight jacket to a local tailor in Yokosuka after World War II to have it embroidered with his name and decorated with colourful oriental designs as a momentum of his time served in a country far from home.

Perhaps it looked particularly good on him, maybe other soldiers looked up to him, but for whatever reason the serviceman’s jacket was quickly duplicated by others and became extremely popular as a souvenir to bring back to sons or little brothers waiting at home. And that’s how this cult style became widely known as a “souvenir jacket”. 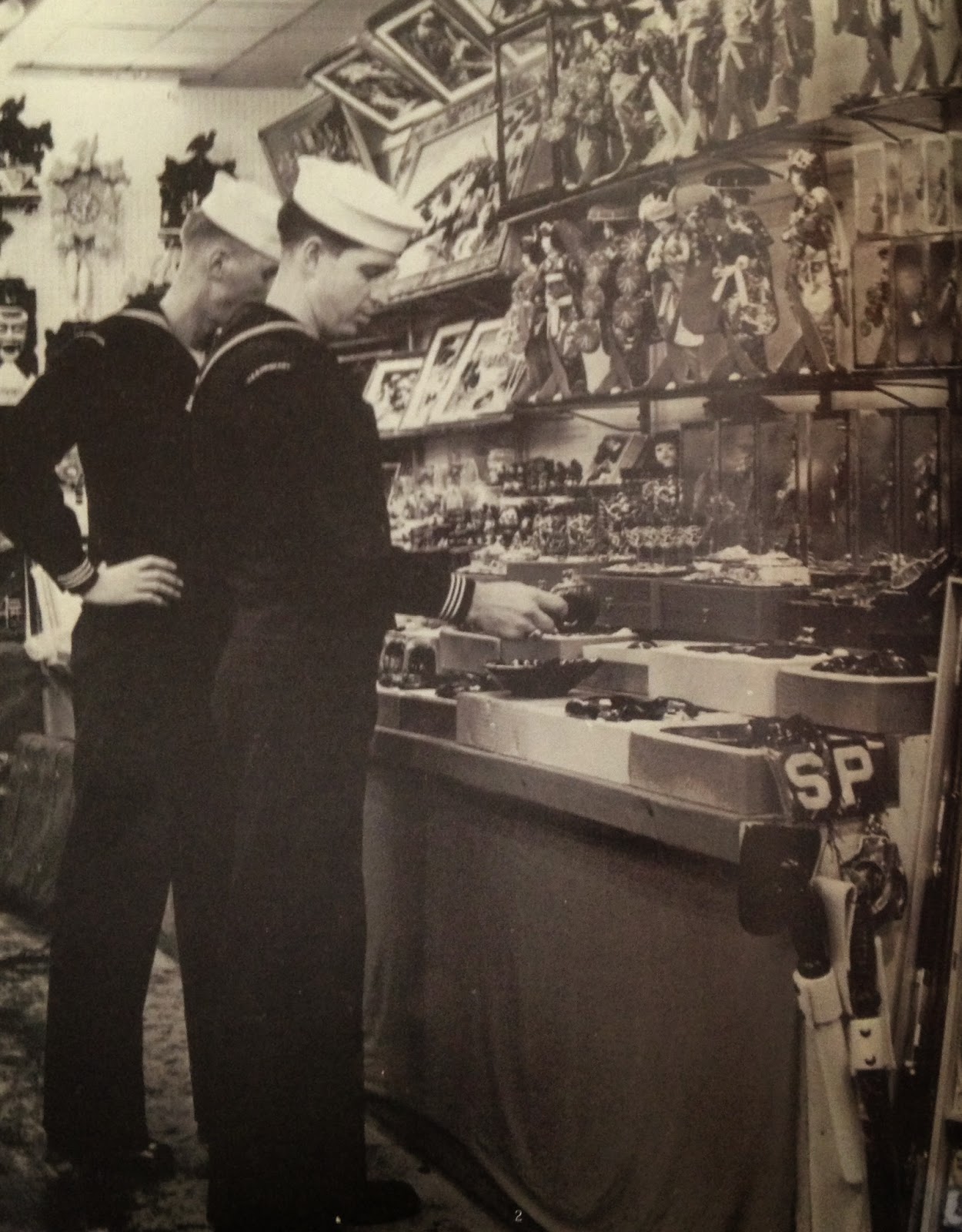 Cut from silk or satin, sometimes from excess parachute silk, incorporating the style of the American baseball jacket with a bold choice of colours and contrasting sleeves, the embroidery was almost always associated with the war. 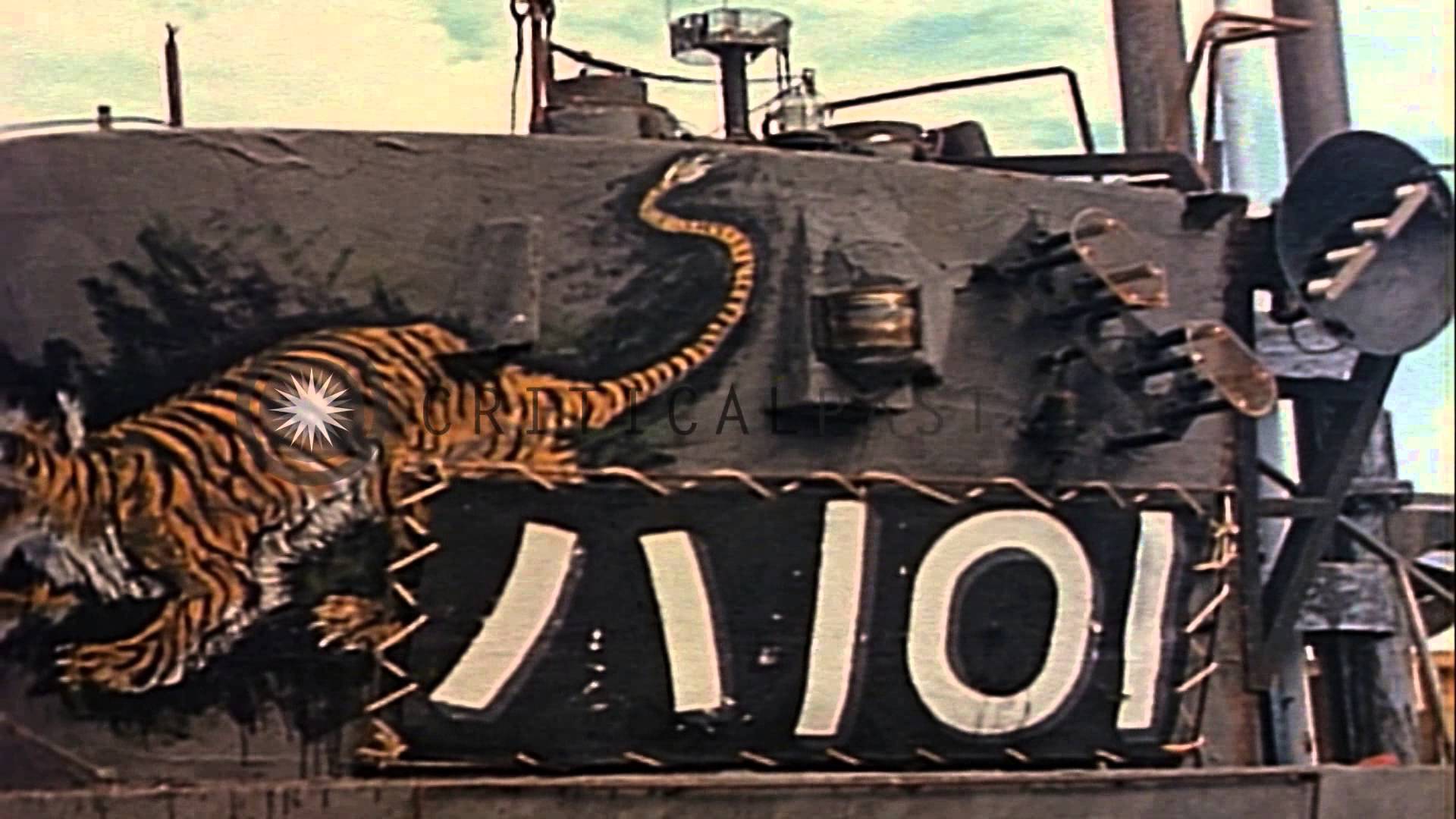 Alongside American eagles, Eastern-influenced stitchings such dragons or tigers, the same motifs the soldiers had seen on the side of captured Japanese submarines or other trophies of war, were the most notable characteristics of the jacket. 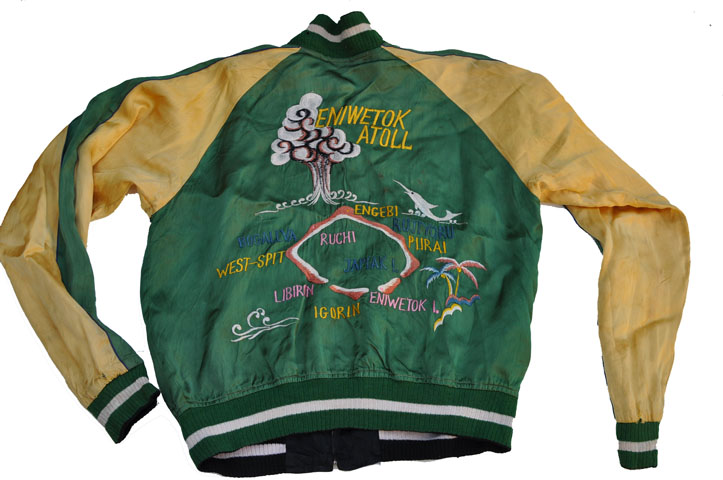 Some depicted detailed maps of military campaigns, which could often be quite controversial depending on which country they were worn in– but conveniently, they were almost always reversible jackets, embroidered with different motifs on each side. 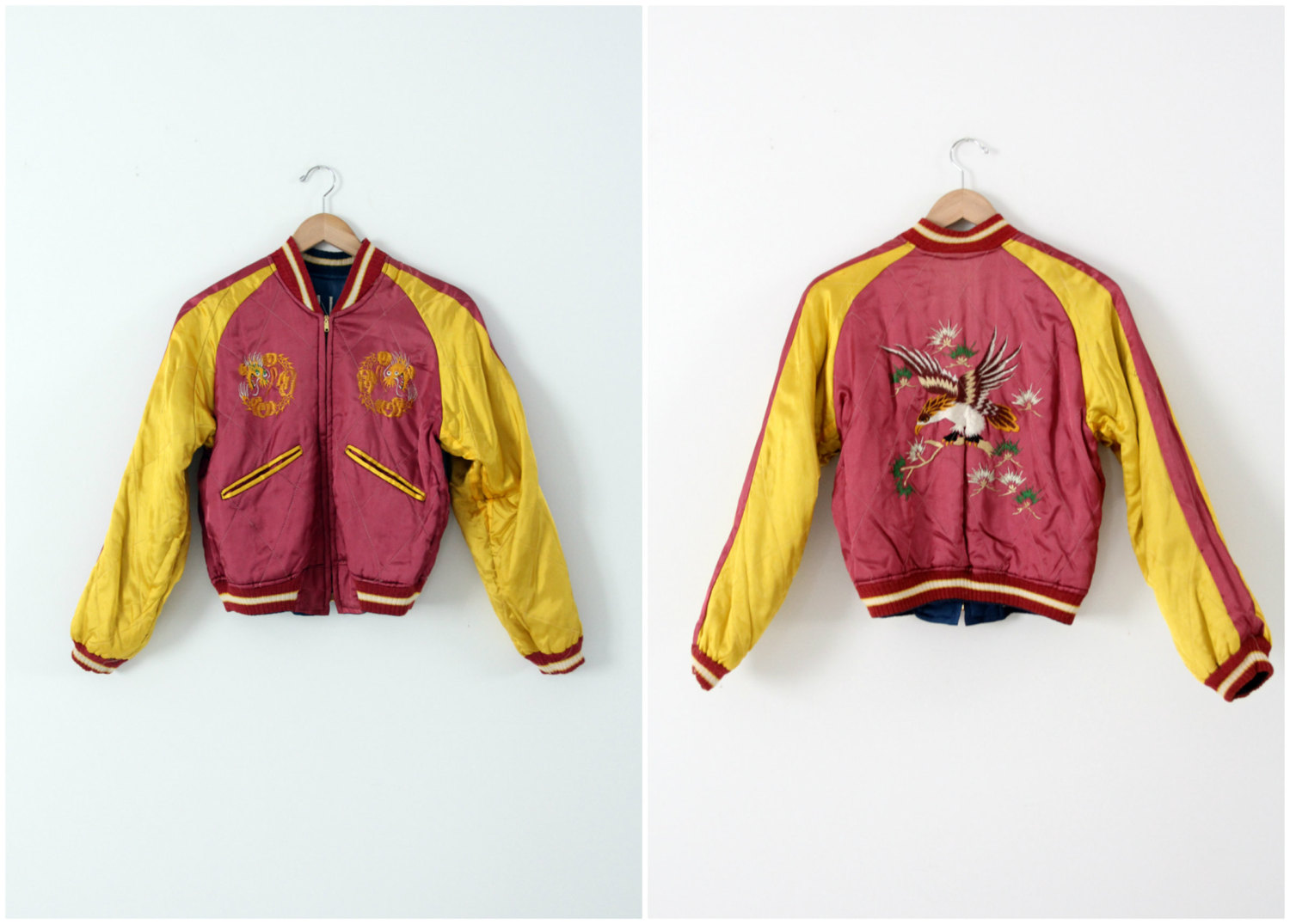 Most were pretty respectful designs, showing that despite being stationed in Japan as a result of a war in which the two countries had been enemies, American servicemen developed a notable attachment and appreciation for their temporary home in the Far-East, enough to put its name on the back of their souvenir jackets. Call it a fashionable truce between the two countries? 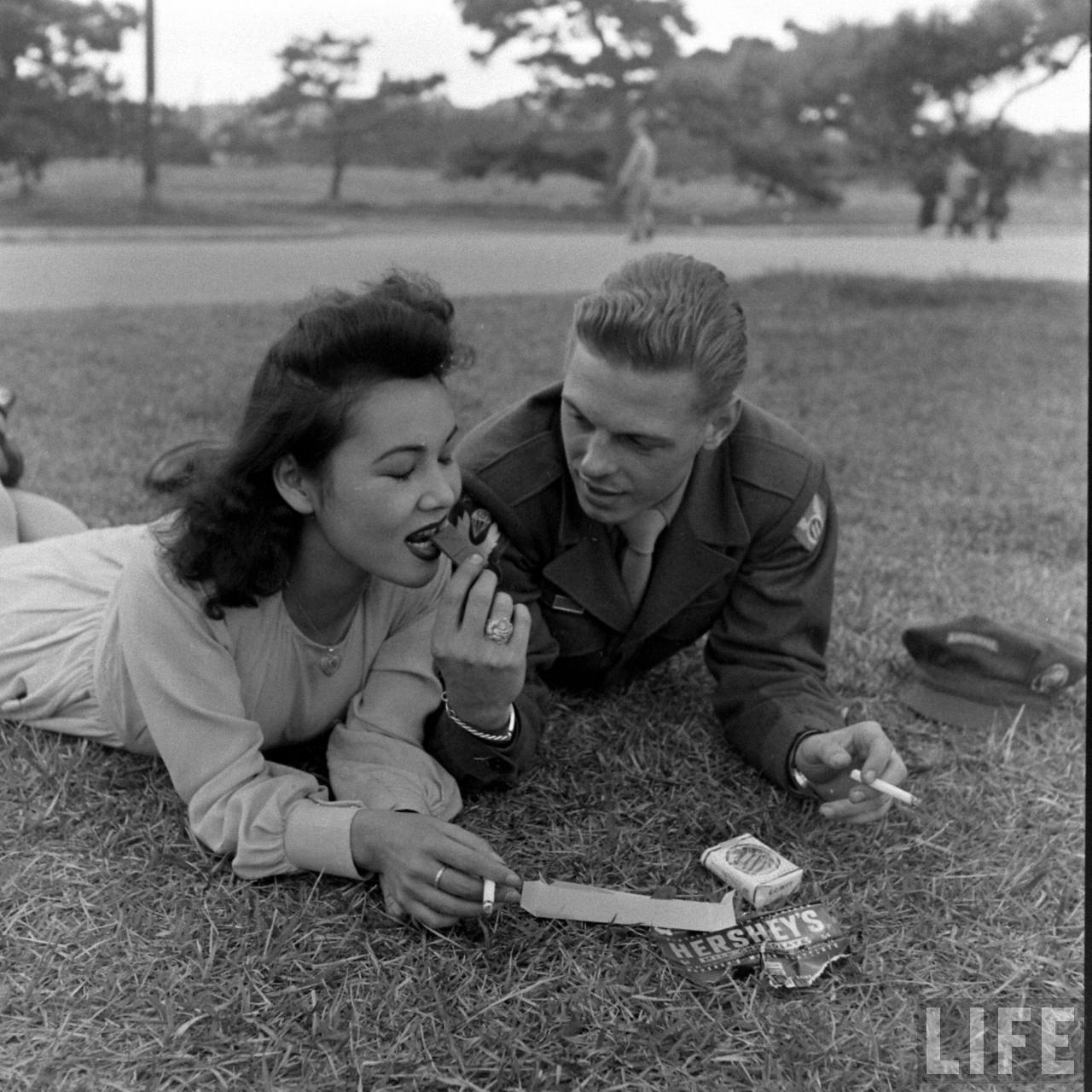 Sure enough, relations between American servicemen and the Japanese locals became friendly rather quickly after the war ended. So friendly, that this set of photographs I found in LIFE magazine accompanies an article laying out the ‘do’s and ‘don’ts’ of dating for American soldiers and Japanese girls in Japan, 1946. 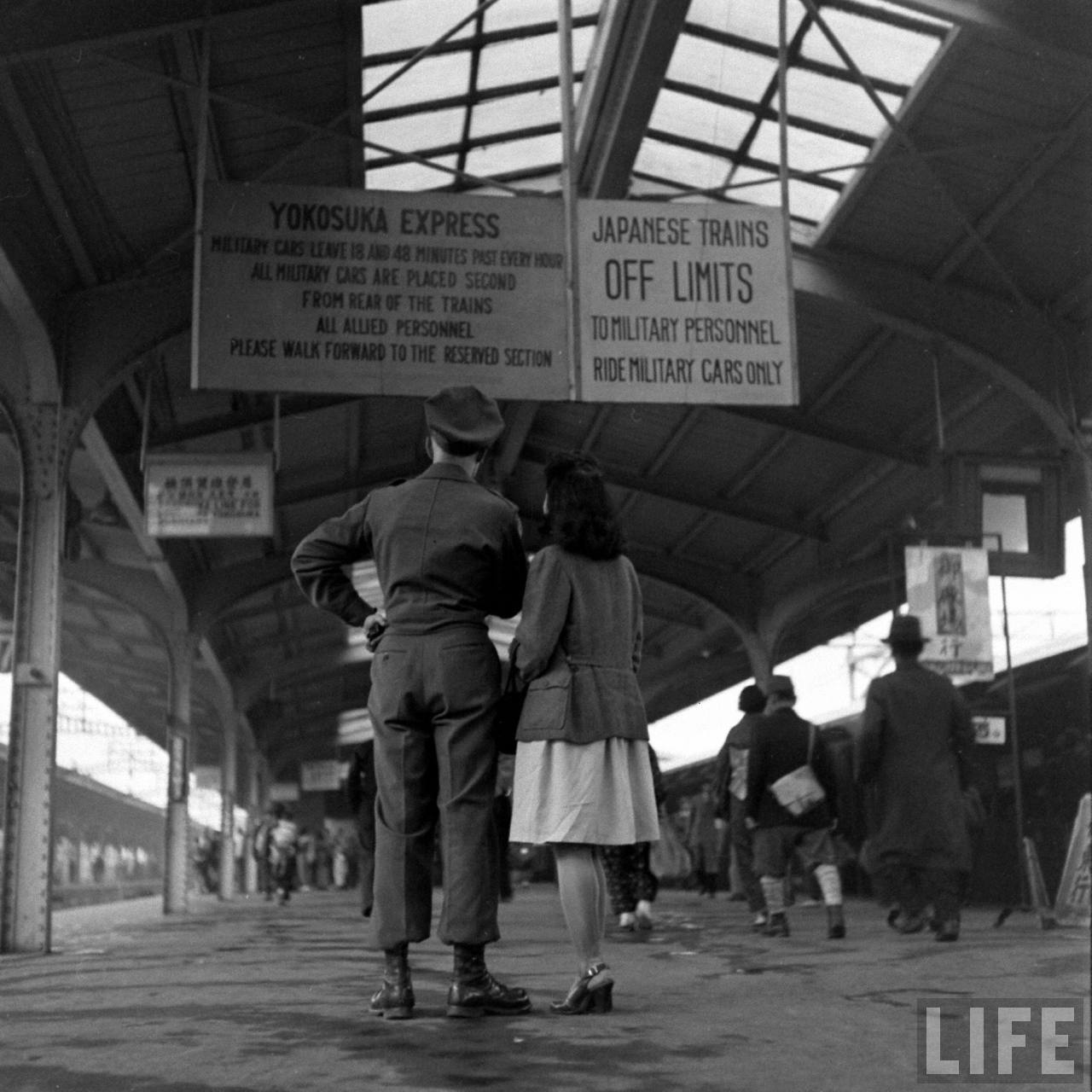 But back to the jackets.

They were sold at gift shops in the port and even concessionary stands on base camp began selling them. The jacket was known as a Yokosuka jumper, later abbreviated to the Sukajyan, which is what they’re still called in Japan today. The “Suka” refers to the city of Yokosuka, the largest naval base in the Far East and the “jyan” refers to a jumper or a jacket. In short, the jacket was born in the city of Yokosuka.

Even the local tailor operating since WWII, known as Tailor Toyo, where that first U.S soldier would have gone to have his flight jacket embroidered, is today still the go-to producer of the cult jacket. 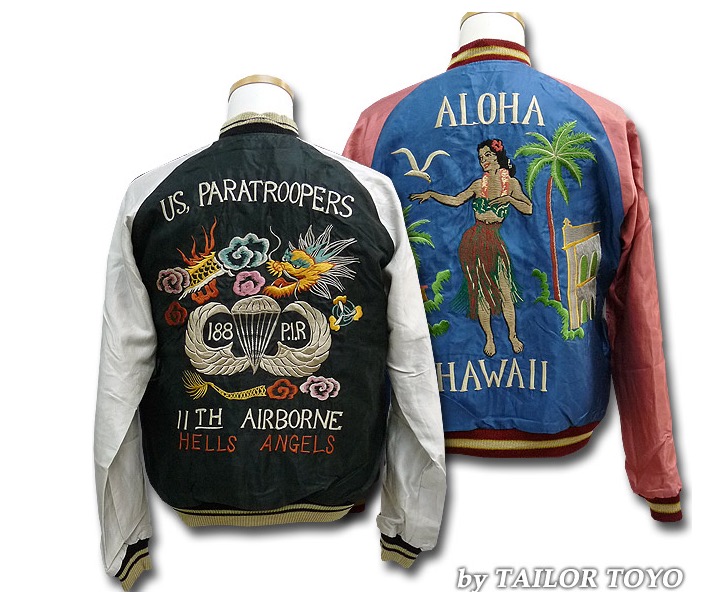 When looking for your own souvenir jacket, using keywords like “Sukajyan”, “Tailor Toyo” and “Yokosuka” will give you a better chance of tracking down an authentic piece. Be aware however that some original Tailor Toyo’s are highly sought after by collectors and can go for thousands of dollars. 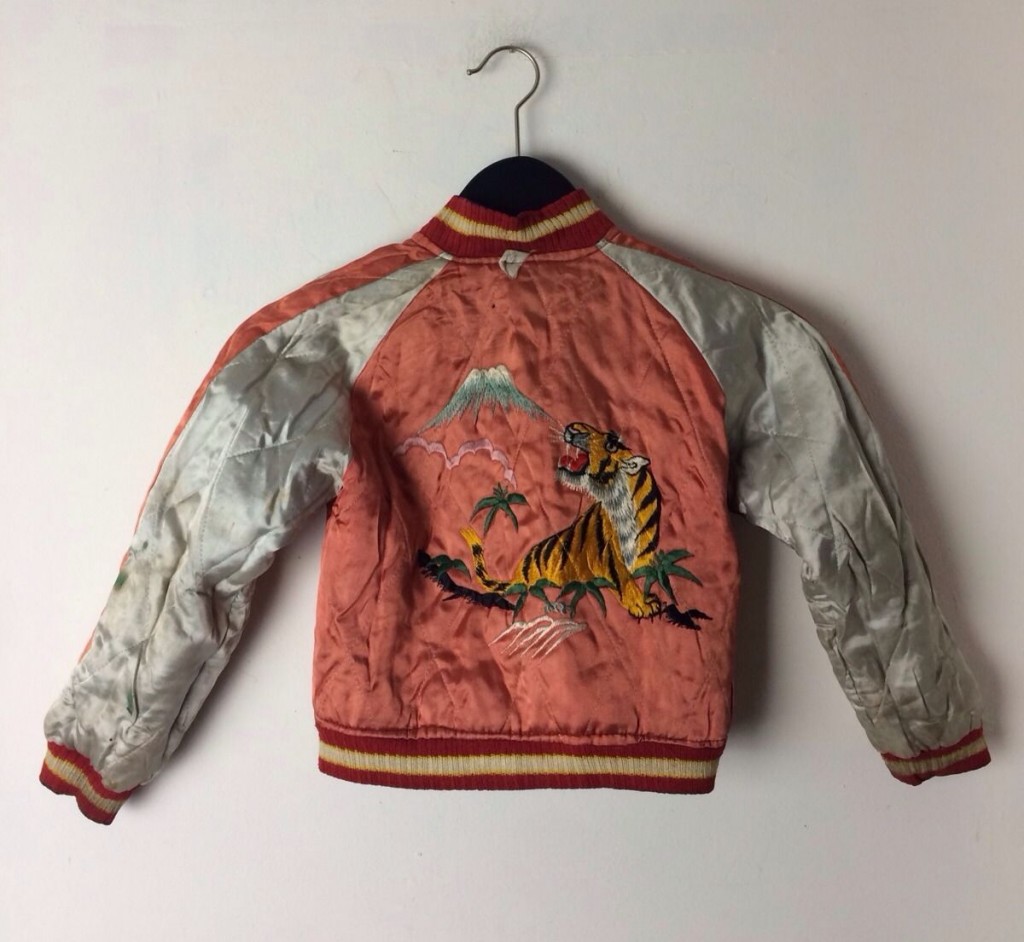 As new conflicts began elsewhere, in Korea and Vietnam, the jackets became ingrained in the epilogue of war, offered at gift shops not just in Japan, but in any town or city around the world where American GI’s were stationed. 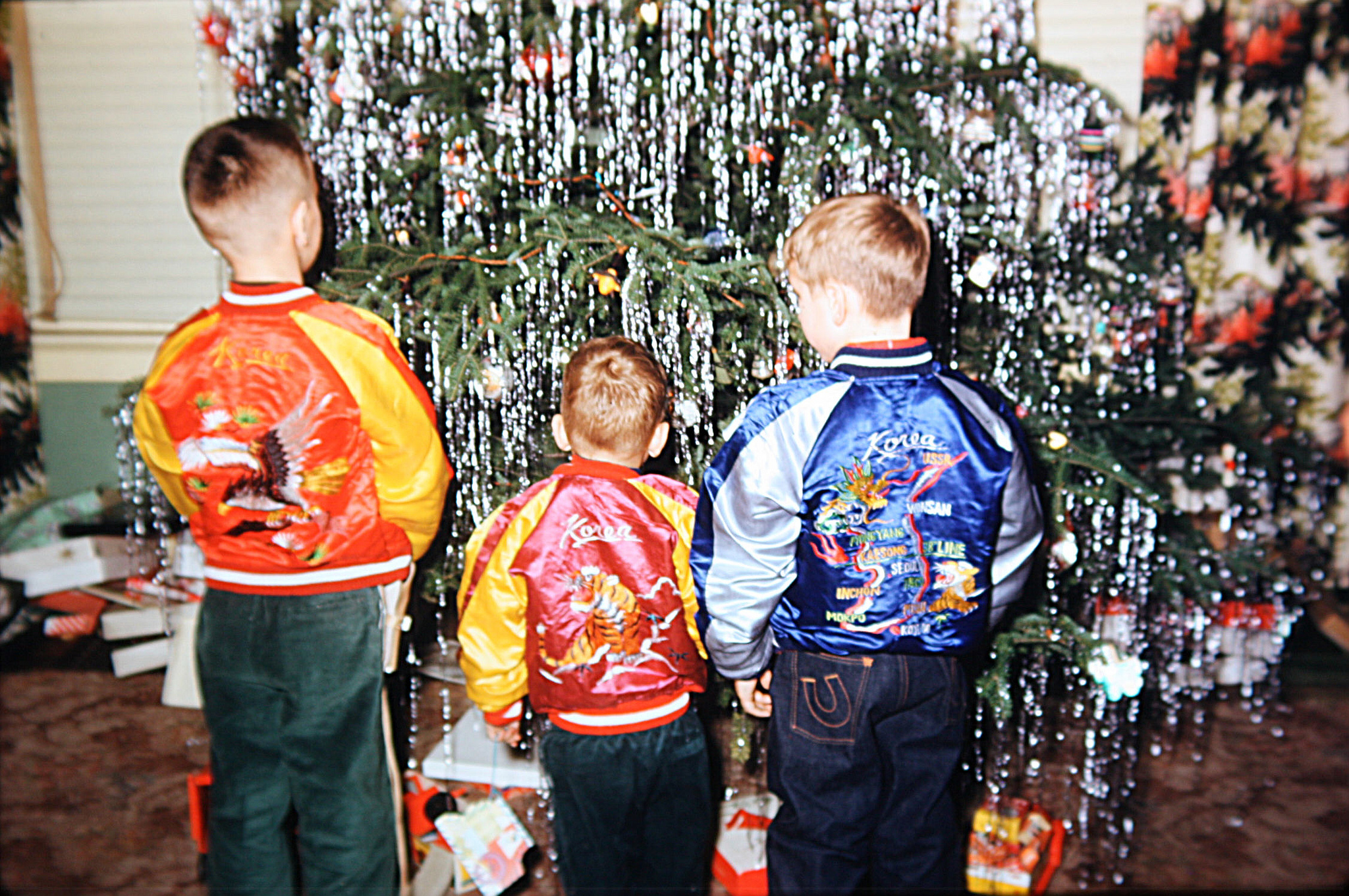 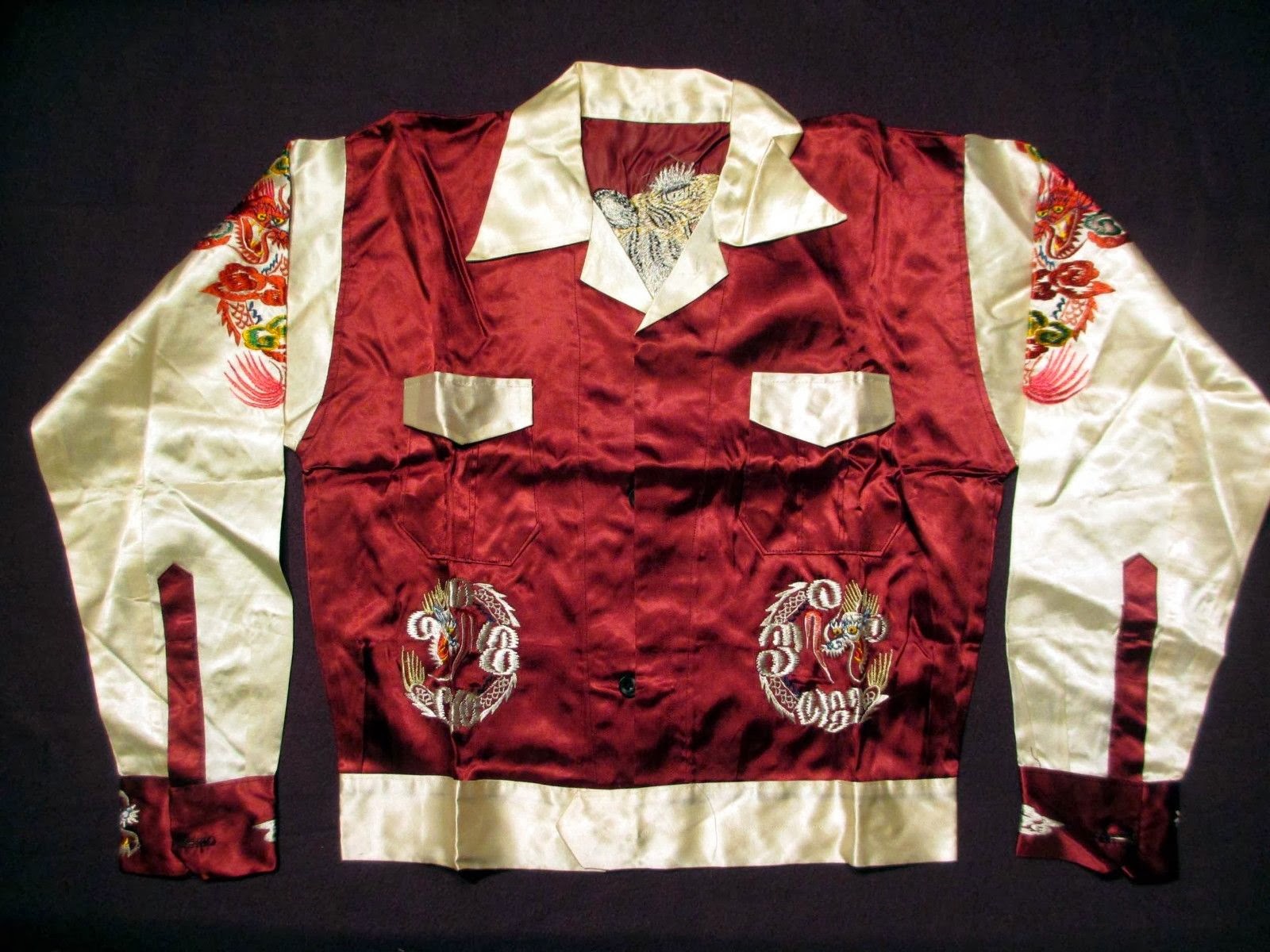 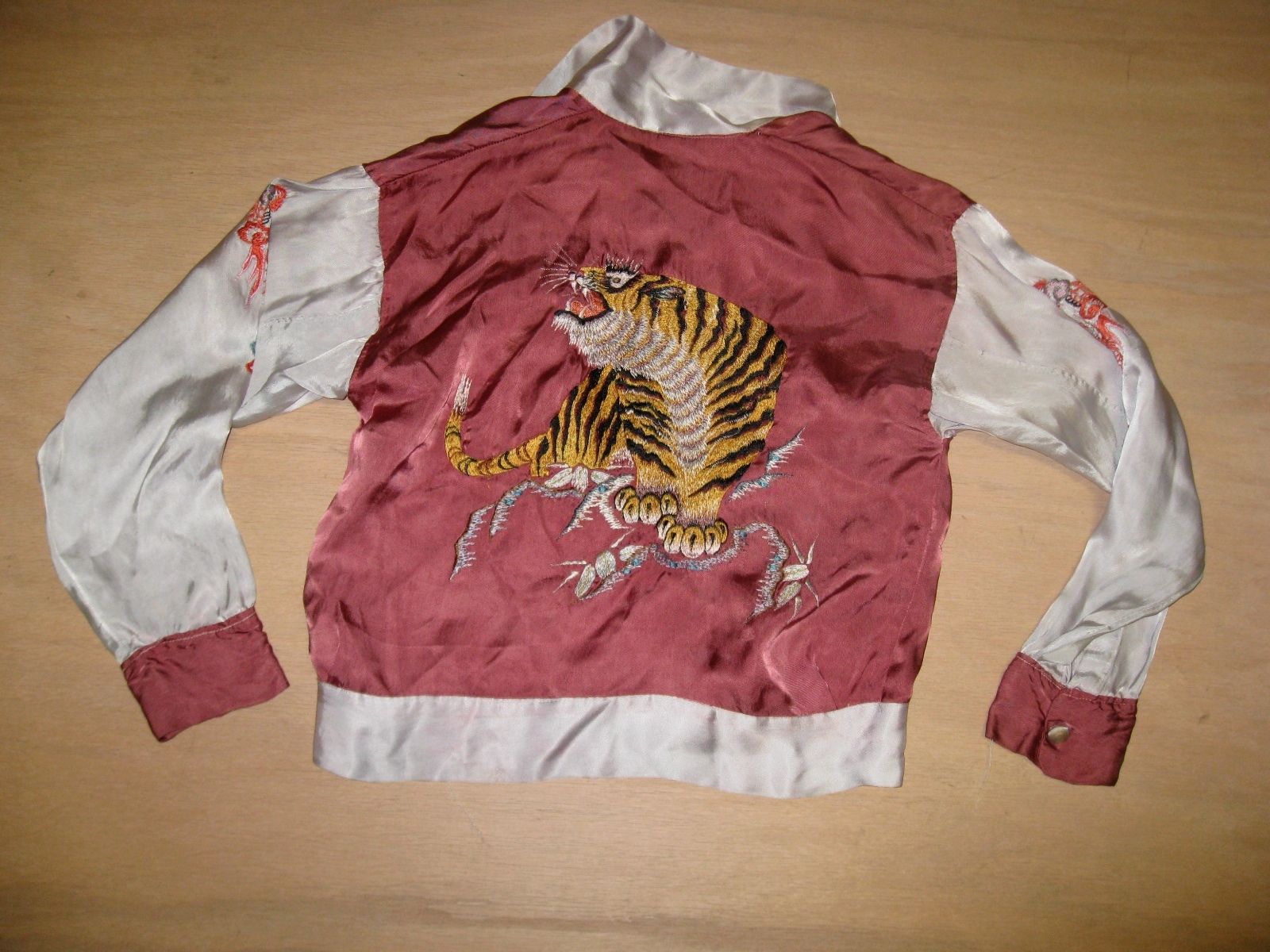 For sale on Ebay ↑

Roll on the 1960s, and Sukajan were coming in all shapes, colors and sizes by now, (from flight jackets to baseball jackets to bowling shirts) and back in Japan, the local rebellious youth culture began adopting the Sukajan as their own. While a popular Japanese trend in sixties was to dress in the American preppy look, outsider subcultures adopted the “Souvenir Jacket” of war to show their defiance against conformity, and unfortunately, the style would later become linked to criminal gangs there (which is why you so often see the “bad guy” wearing them in ninja movies).

Meanwhile, across the Pacific Ocean, Mick Jagger had one… 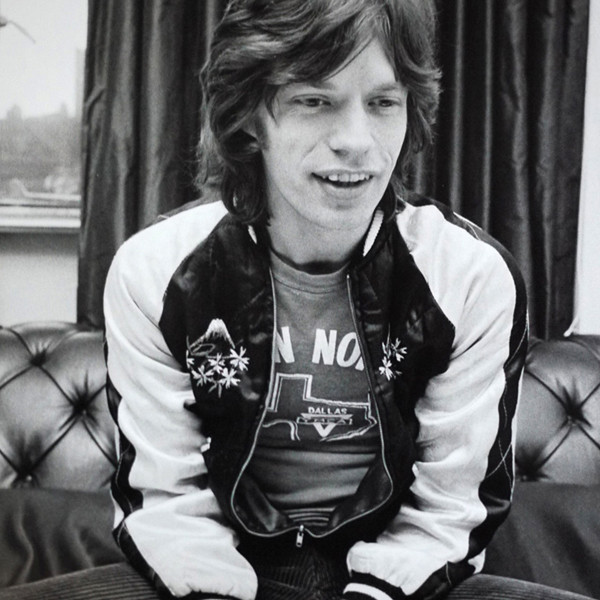 The Vietnam version of the souvenir jacket was a little darker than its earlier variations, reflecting the soldiers’ sentiment about being in war they didn’t ask for, quoting embroidered phrases like “When I Die I’m Going To Heaven Because I’ve Served My Time In Hell”. 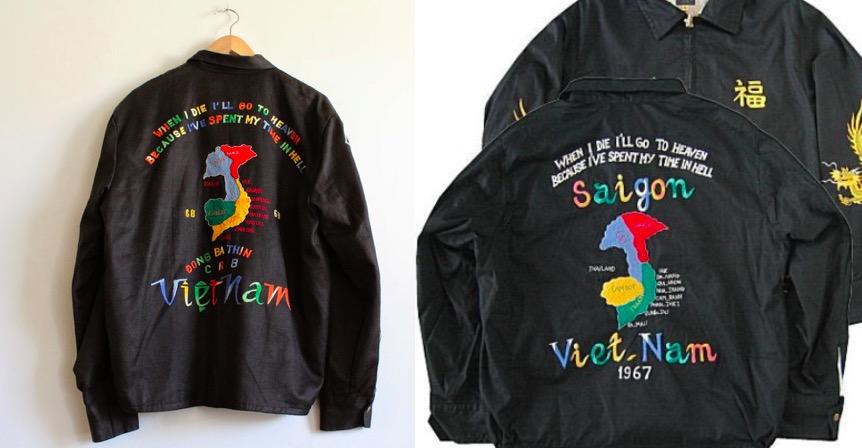 The jackets were often worn by GI’s returning from war, who made their way into biker gangs and various rebel subcultures. In fact, when I was attending a biker festival in France this summer, I picked up a hand-embroidered jacket made by a custom motorcycle brand who had been inspired by the blue print of the souvenir jacket. 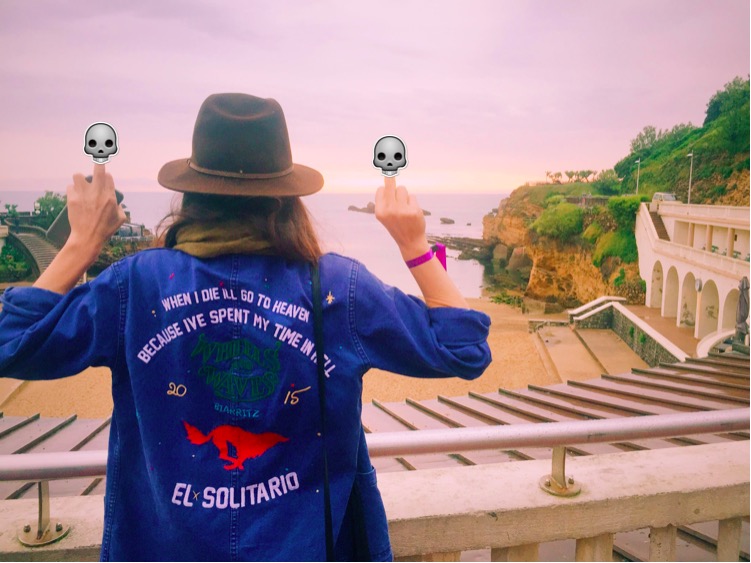 Look familiar?! I didn’t even know the real story behind my favourite lucky jacket until now. I love it when a story comes together– especially when I can wear it on my back!

Both Ebay and Etsy have a lot of vintage originals to choose from (play around with the search words I gave you).

More rare are the WWII examples and the bowling style shirts I found here and here.

If you like my Vietnam inspired biker jacket (picture above), you can find it here or look for an original here.

And don’t forget to ask about souvenir jackets at your local thrift store the next time you go vintage shopping! 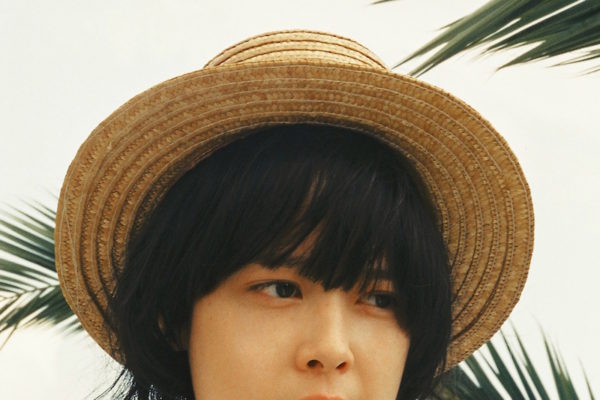 The Fashion Brand the Cool Kids would Rather Keep a Secret 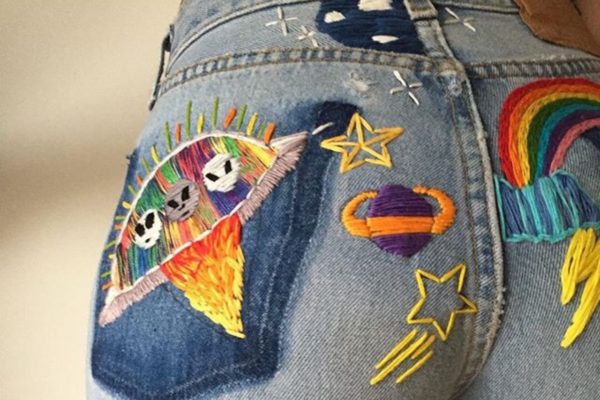 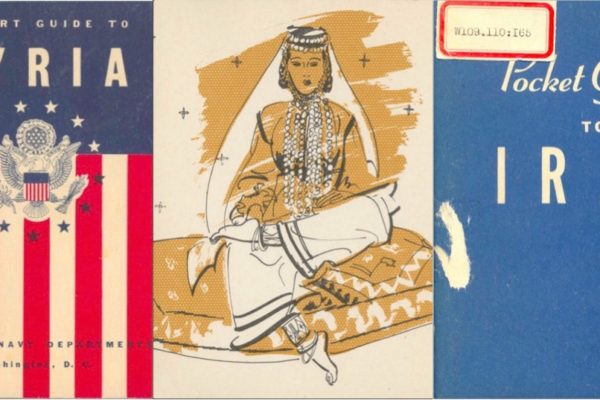 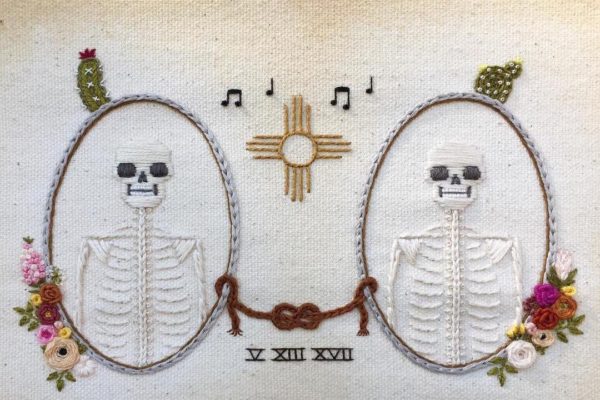 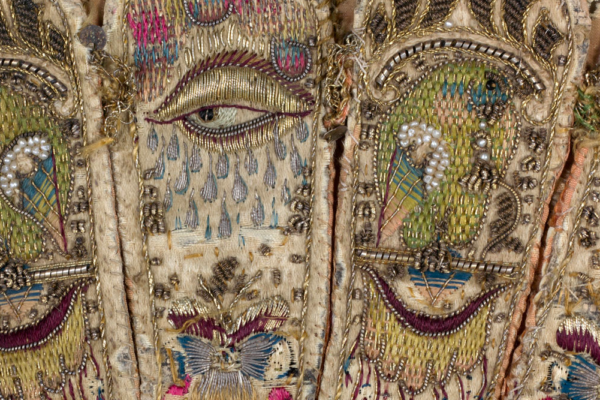 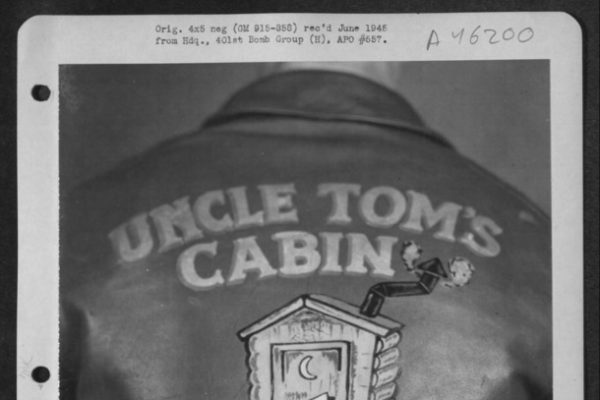 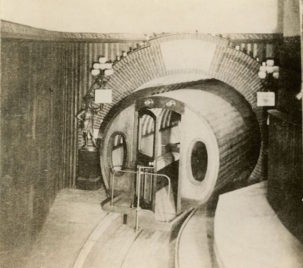