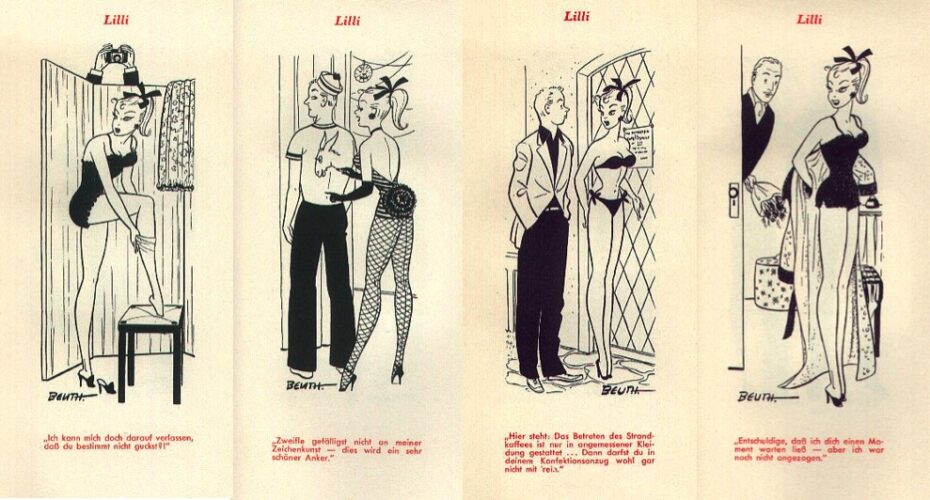 So it turns out Barbie’s original design was based on a German adult gag-gift escort doll named Lilli. That’s right, she wasn’t a dentist or a surgeon, an Olympian gymnast, a pet stylist or an ambassador for world peace. And she certainly wasn’t a toy for little girls… 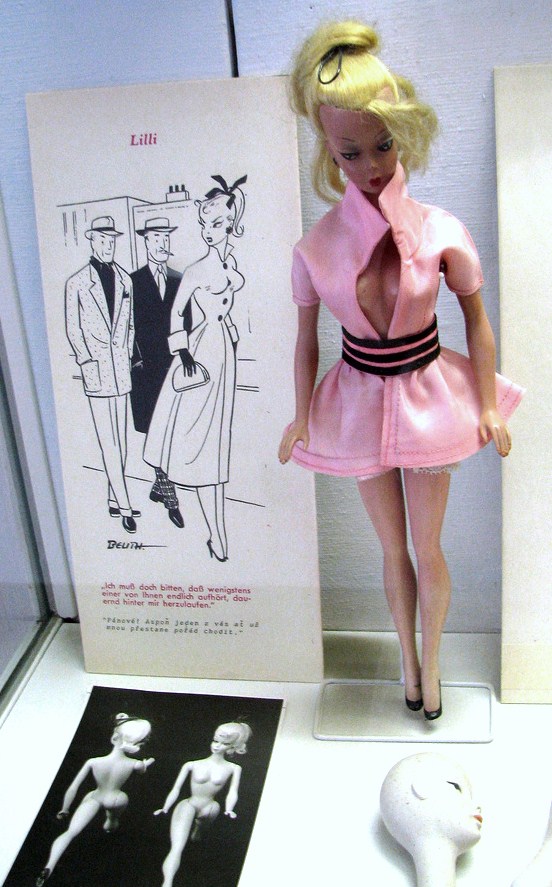 Lilli on display at the Barbie Museum in Prague

Unbeknownst to most, Barbie actually started out life in the late 1940s as a German cartoon character created by artist Reinhard Beuthien for the Hamburg-based tabloid, Bild-Zeitung. The comic strip character was known as “Bild Lilli”, a post-war gold-digging buxom broad who got by in life seducing wealthy male suitors. 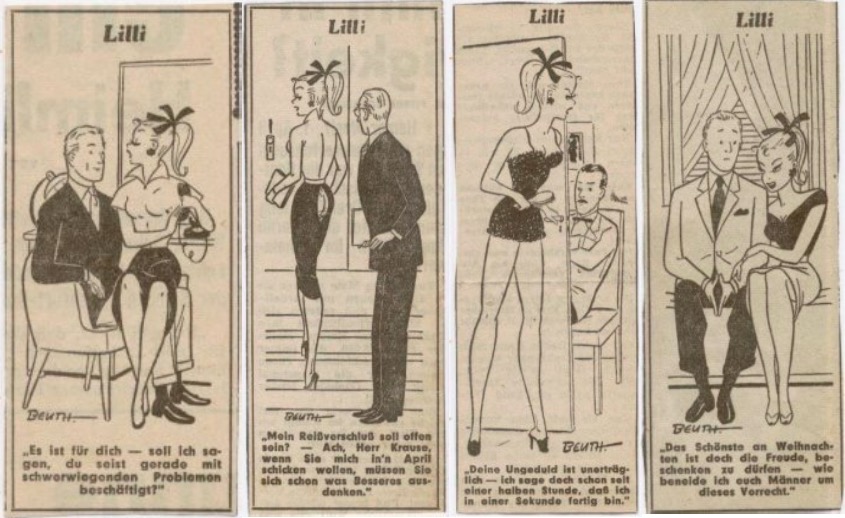 She was famously quick-witted and known to talk back when it came to male authority. In one cartoon, Lilli is warned by a policeman for illegally wearing a bikini out on the sidewalk. Lilli responds, “Oh, and in your opinion, what part should I take off?” 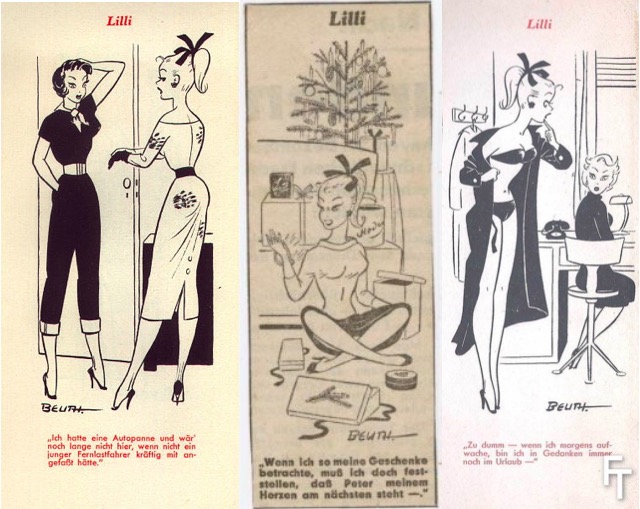 She became so popular that in 1953, the newspaper decided to market a three-dimensional version which was sold as an adult novelty toy, available to buy from bars, tobacco kiosks and adult toy stores. They were often given out as bachelor party gag gifts and dangled from a car’s rearview mirror. 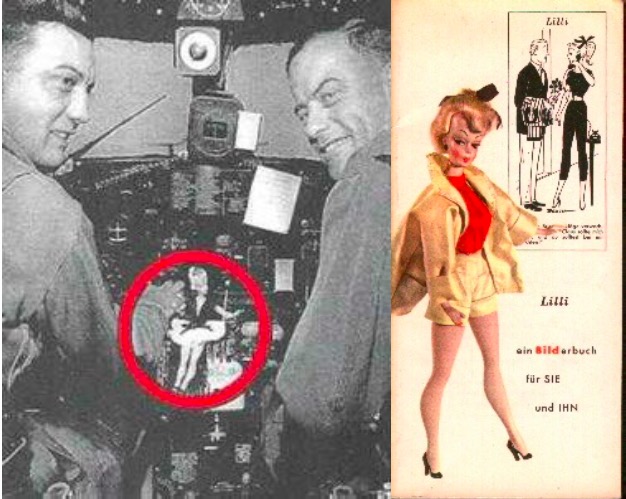 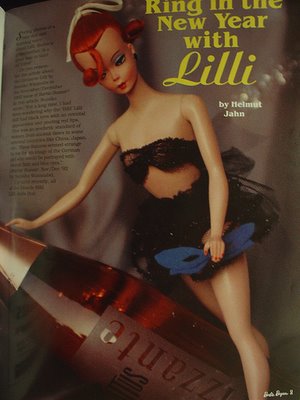 Parents considered the doll inappropriate for children and a German brochure from the 1950s described Lilli as “always discreet,” and with her impressive wardrobe, she was “the star of every bar”. She did indeed have such a wide range of outfits and accessories you could buy for her, that eventually little girls began wanting her as a playdoll too. While toy factories tried to cash in on her popularity with children, Lilli still remained a successful adult novelty, especially outside of Germany. A journalist for The New Yorker magazine, Ariel Levy, later referred to Lilli as a “sex doll”. 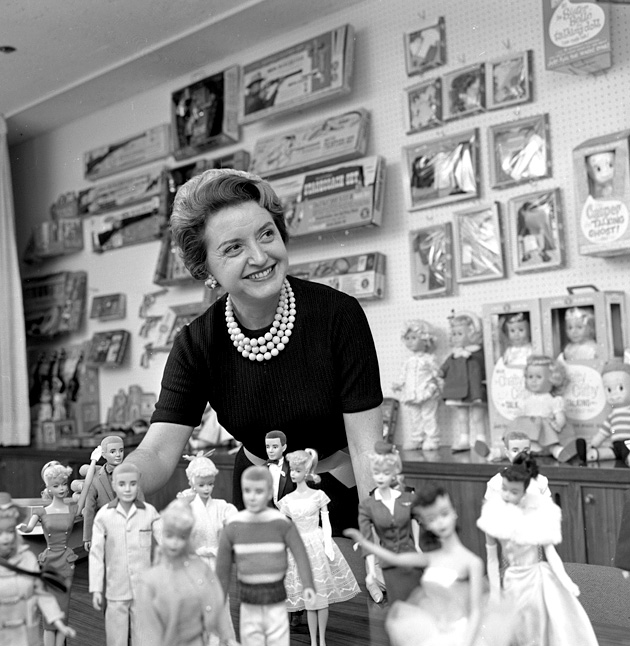 In the 1950s, one of the founders of Mattel, Ruth Handler (pictured above), was travelling to Europe and bought a few Lilli dolls to take home. She re-worked the design of the doll and later debuted Barbie at the New York toy fair on March 9, 1959. 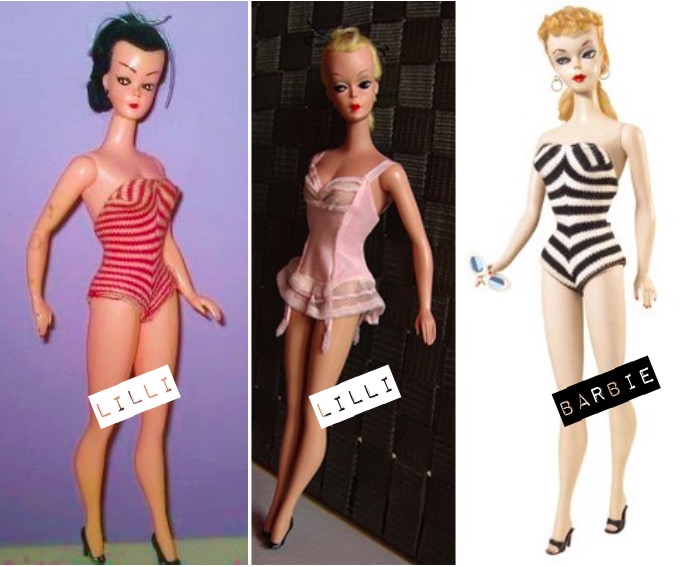 Mattel acquired the rights to Bild Lilli in 1964, and production of the German doll ceased. (Funny how Barbie’s lighter skin tone was just about the only noticeable change in the early days). 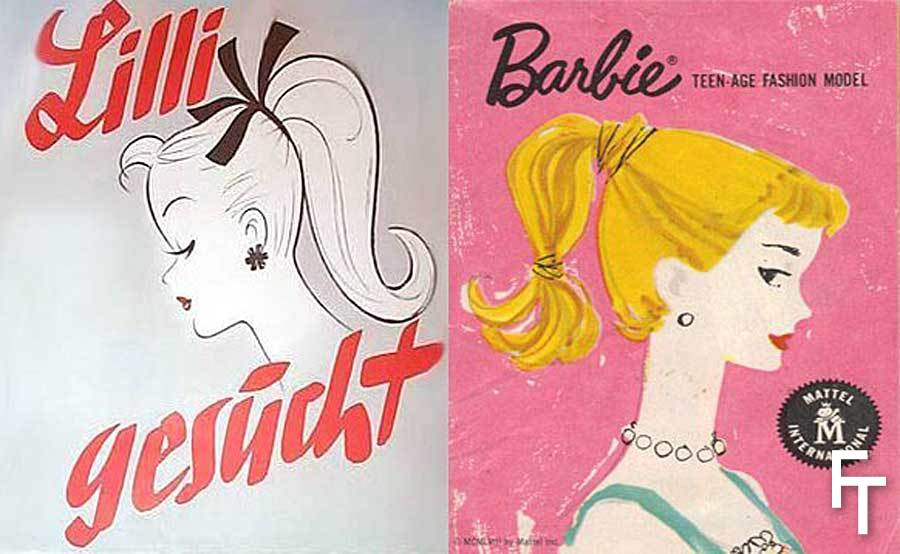 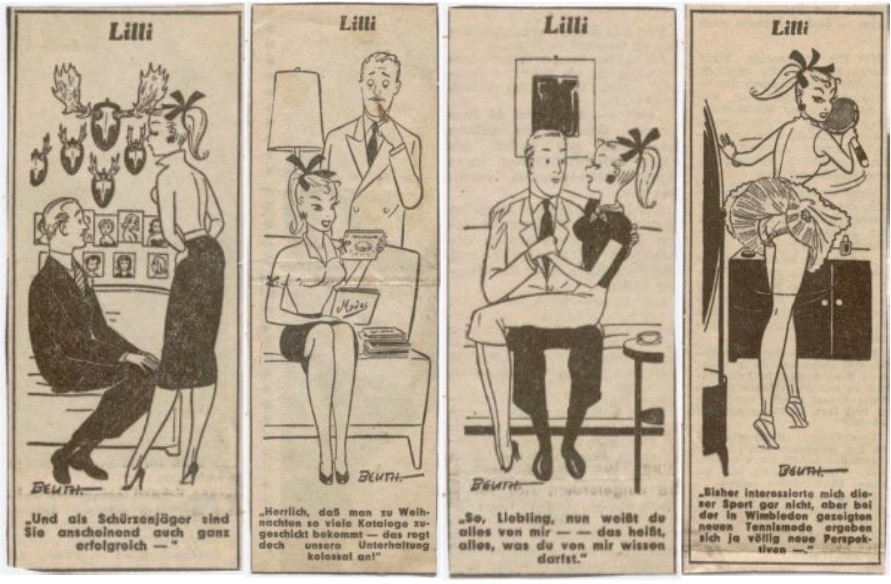 So which version would you prefer? Barbie’s ballsy European precursor or Mattel’s squeaky clean lookalike? 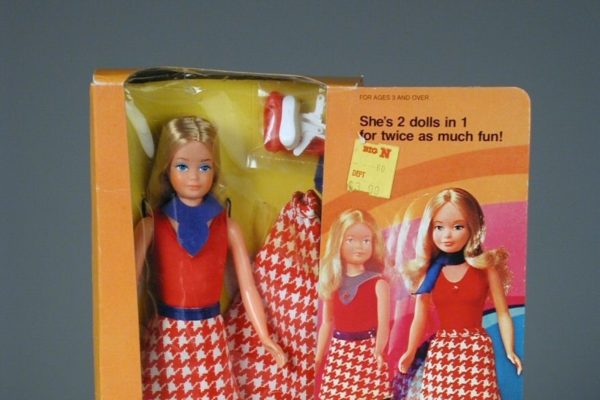 The Little Barbie that grew Breasts 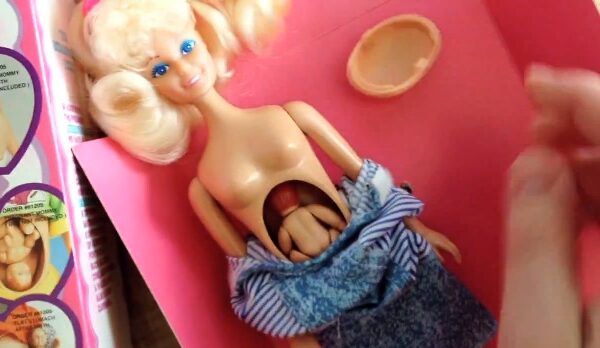 Mommy To Be Doll: They Actually Made That!? 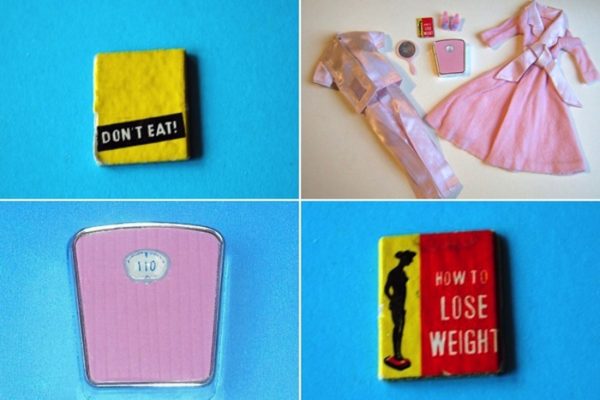 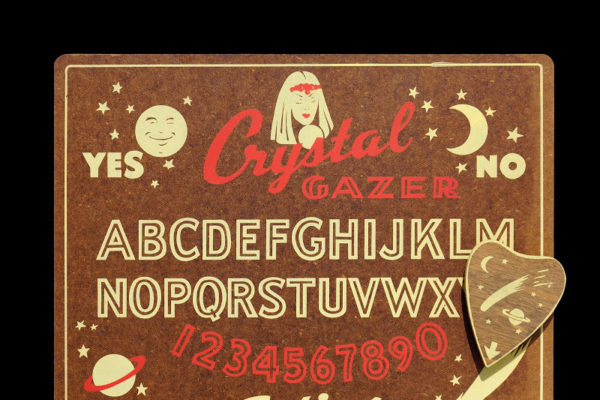 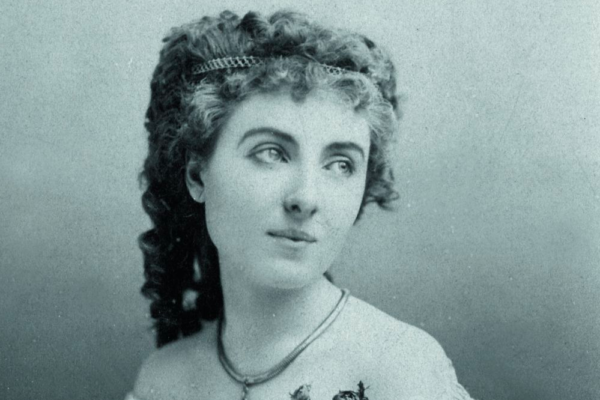 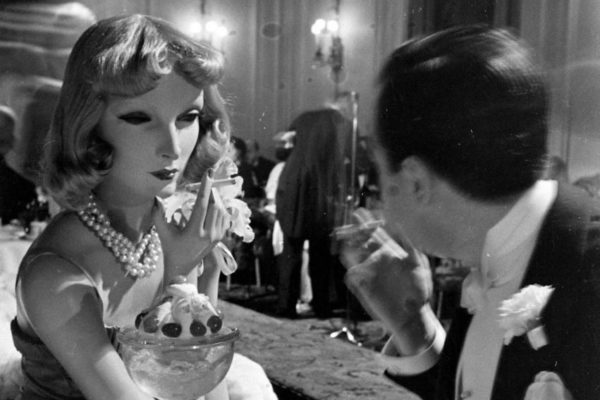 The Secret Lives of Fashion Mannequins 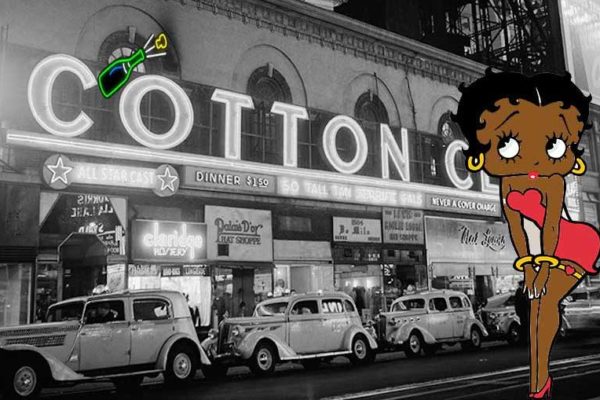 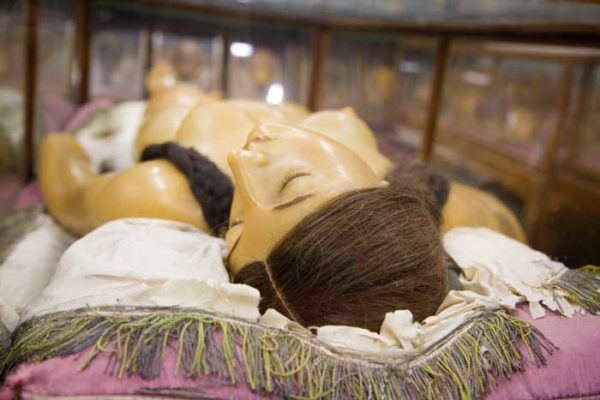 The MessyNessyChic Airbnb Guide to Paris
13 Things I Found on the Internet Today (Vol. CLXXIV) 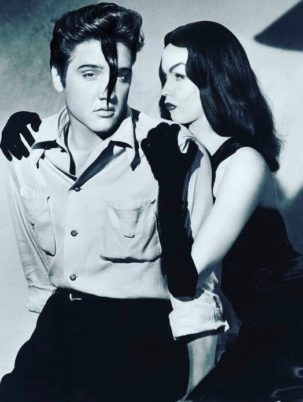