Barbie’s Body on a Real Woman 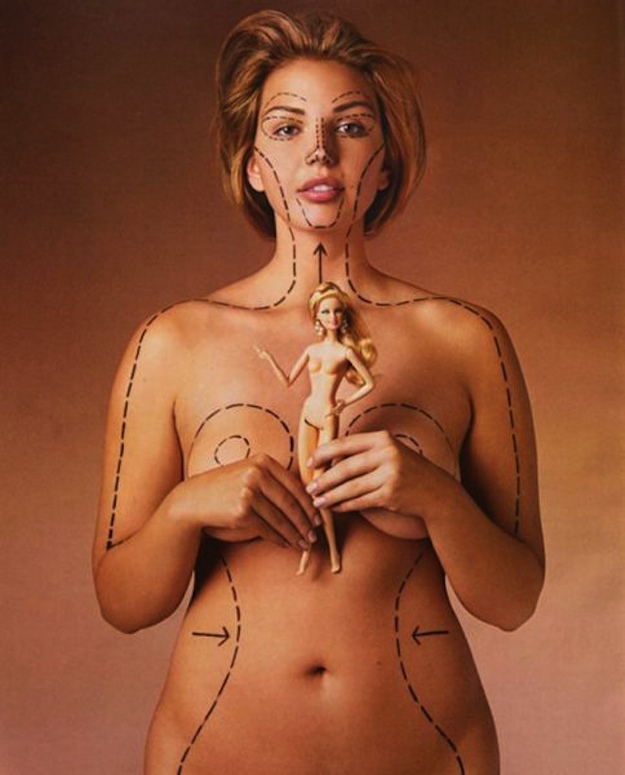 This image of Barbie’s proportions on an actual human being has been floating around Twitter recently attracting renewed criticism of Barbie’s unrealistic body.

The thing is, I was kind of obsessed with Barbie myself. I played for hours with those six-inch pieces of plastic, creating unnecessary drama with Ken and cruising around my bathroom in the Barbie Corvette. But I don’t particularly remember looking at my Matel creations and thinking, I need to look like this. Because Barbie to me, was clearly a plastic toy doll and not a human. She didn’t even have nipples!

Okay maybe I was a little jealous that my Barbie got to wear beautiful clothes and sparkly evening gowns that my 5 year old self did not, but it ended there! 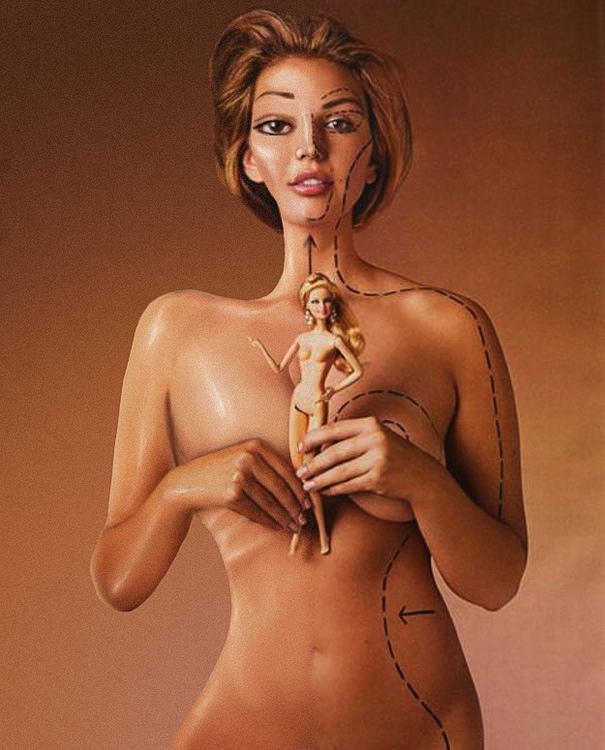 My phase of feeling self conscious about my body came much later, quite a long time after I’d stopped playing with Barbie, when I saw real girls in my school developing differently to me, when I started looking at models in teen magazines etc.

Would I offer my old Barbies to my daughter if I ever have one? Probably, yes. If presented in the right way, Barbie can be a pretty inspiring toy for a young girl. Think how many jobs that toy has! She’s a doctor, an astronaut, a ballerina…. 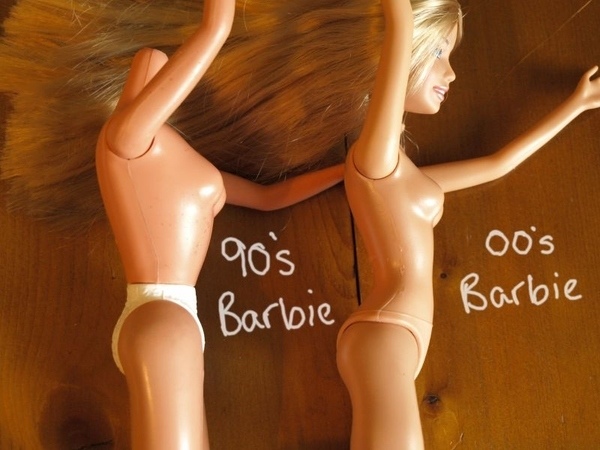 One thing that has caught me off guard a little is the discovery that the Barbie’s body I knew as a child has undergone a complete overhaul since 90s and taken on vastly different proportions. What’s noticeable is that the proportions of modern Barbie are a little more realistic, but largely in reference to the model’s body type we’re already bombarded with in the media as adults. Old Barbie was skinny but she also looked a little robotic with her boxy torso, so the distinction between human and plastic doll was pretty clear. Naughties Barbie with more definition to her breasts and her arched back looks, dare I say it, more sexualized; therefore more human, closing the gap between plastic doll and human.

What do you think? Is Barbie (old or new) an appropriate toy for young girls? Did anyone feel influenced by Barbie’s looks as a child?

MORE ABOUT BODIES AND BARBIES:
.

The Cursed Italian Dreamtown
Ruins of Detroit: Before & After 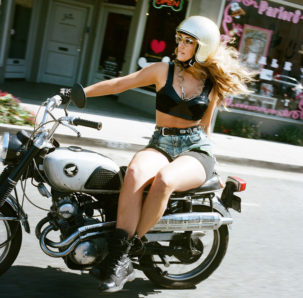