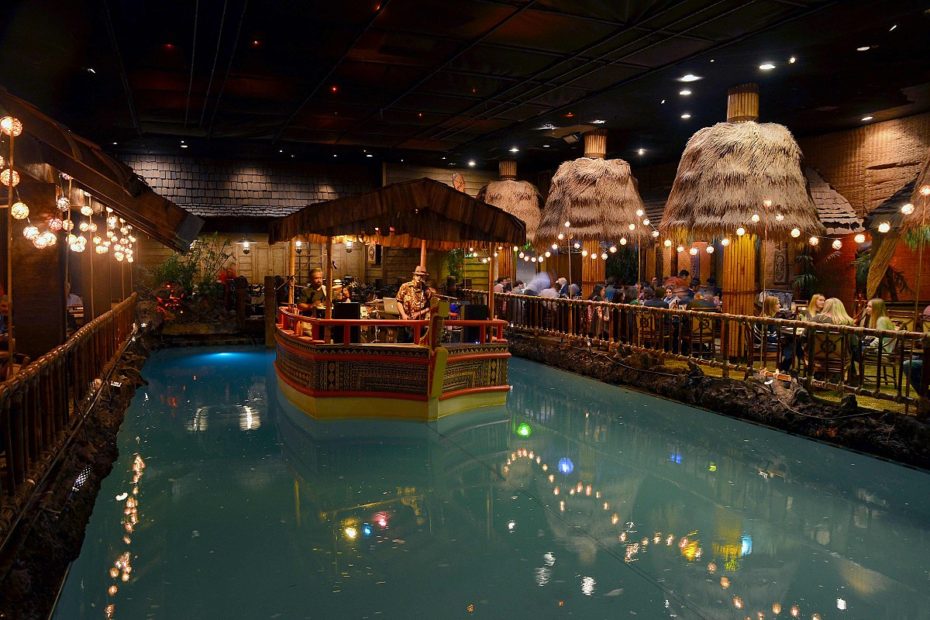 Above ground, San Francisco’s esteemed Fairmont Hotel is every bit the prim, posh wonderland you’d expect. But if you ride the elevator to the basement, you’re in for a tropical treat at the Tonga Room, arguably the city’s last great Tiki bar… 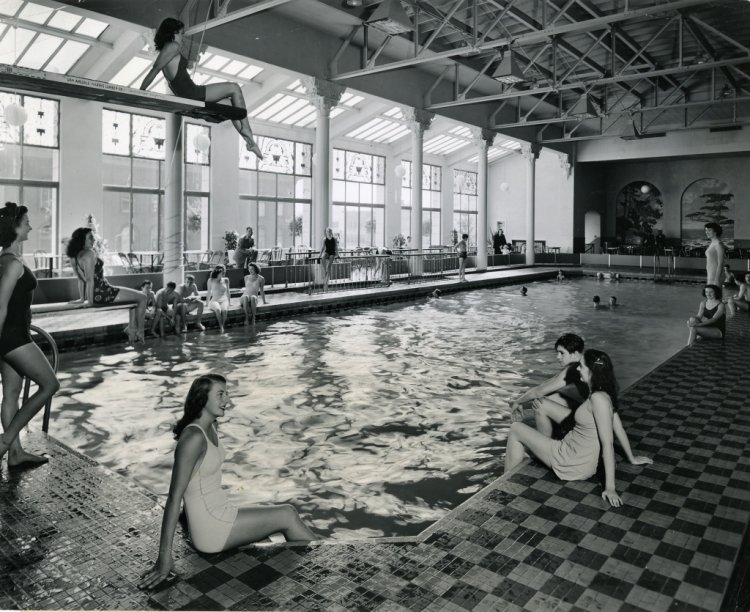 The pool that would become the Tonga Room.

“The Tonga Room & Hurricane Bar” first opened in 1945, replacing what was previously the hotel’s “Terrace Plunge” pool. Renovations cost about $75,000 — a pretty penny back in the day — and transformed it into the hottest new nightlife joint in the Bay. 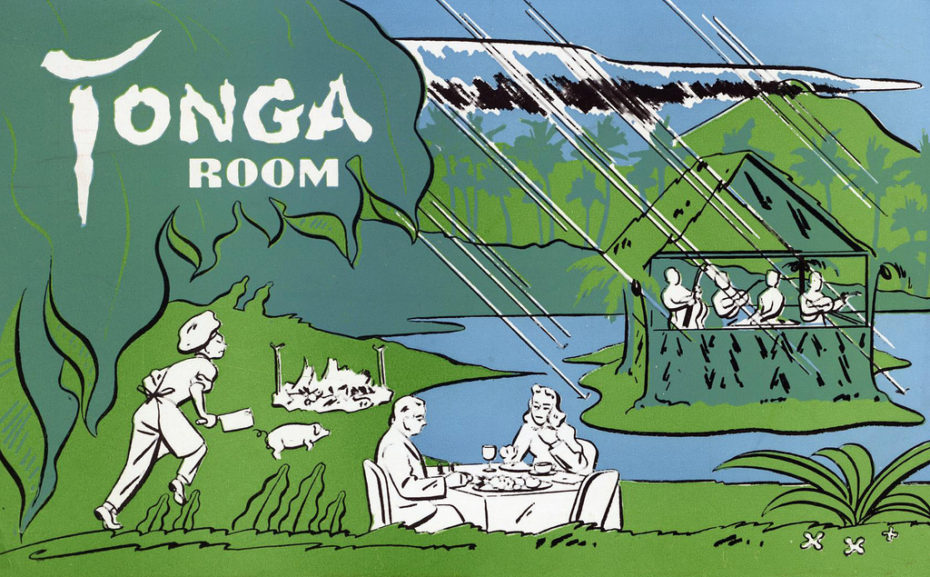 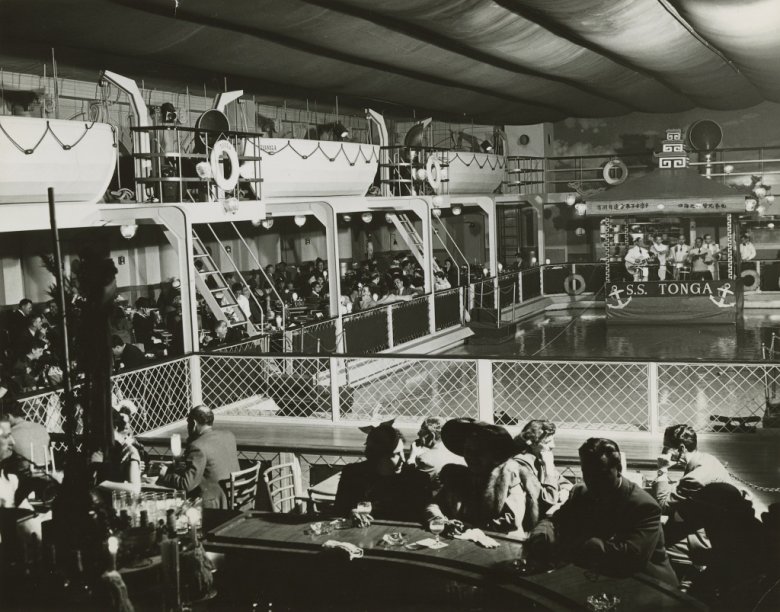 Initially, the bar’s interiors leaned more on the nautical side — think the cruise ship in An Affair to Remember, but no Cary Grant — but then the ’60s started swinging, and the Tonga Room went with it. 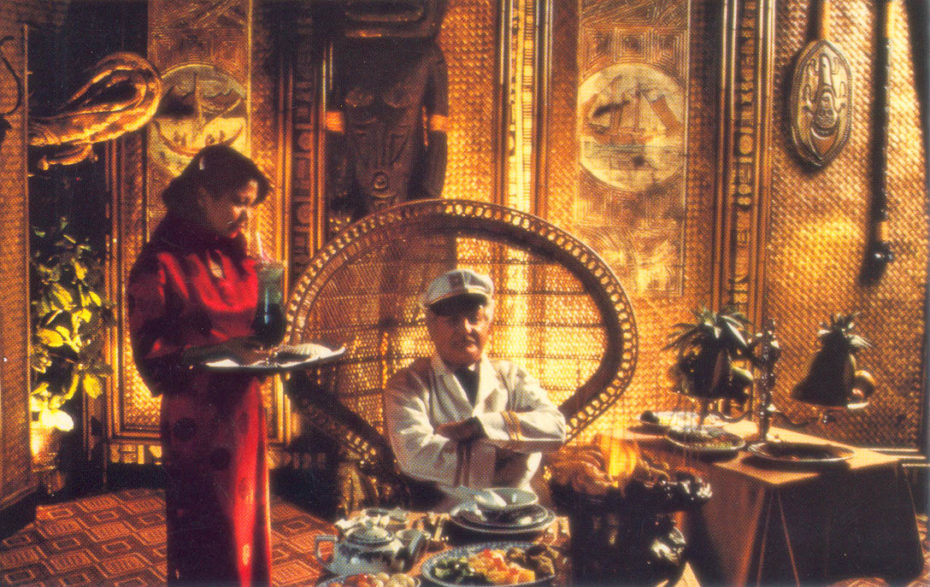 In 1967, hip LA designer Howard Hirsch transformed the space into a full-blown”Polynesian Pop” fantasy. “It’s not just retro kitsch,” an architectural expert told SF Gate in 2009, “it’s the most ambitious and best preserved of the Tiki bars remaining in California.” 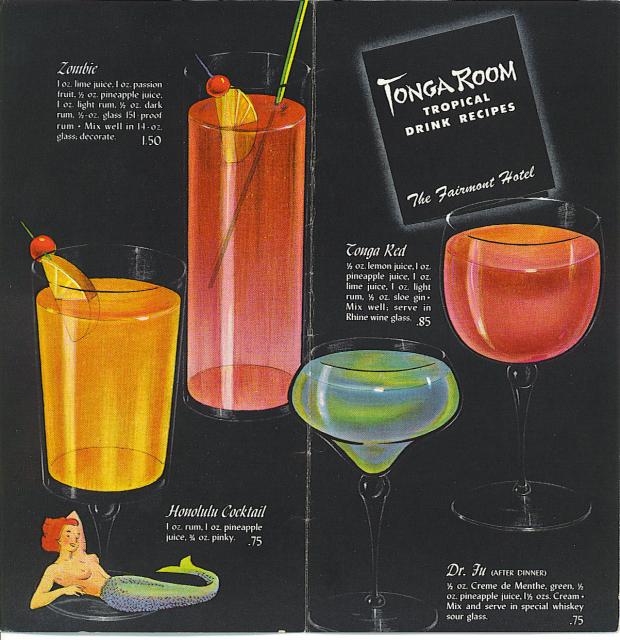 More than a novelty restaurant and bar, the Tonga Room wanted to take its guests on a veritable vacation-within-a-vacation. The cocktails were multicoloured, ever-flowing, and named things like “The Zombie” and “Acapulco Fizz.”

Equally enticing? The gossip from the previous night’s festivities. “Well, it finally happened,” wrote a reporter in 1946, “a couple of spiffligated gents stripped down to their shorts in the F’mont’s Tonga Room…and leaped into the swimming pool!” 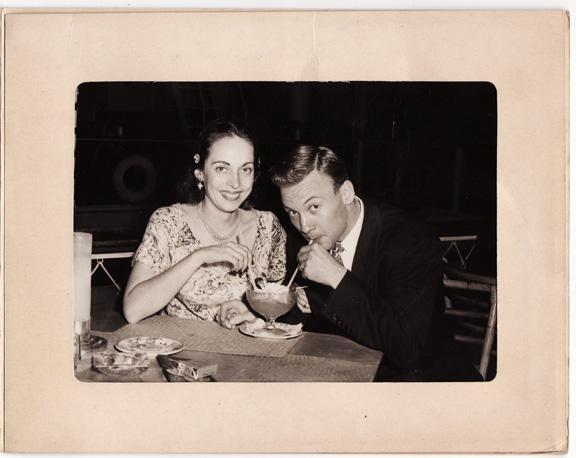 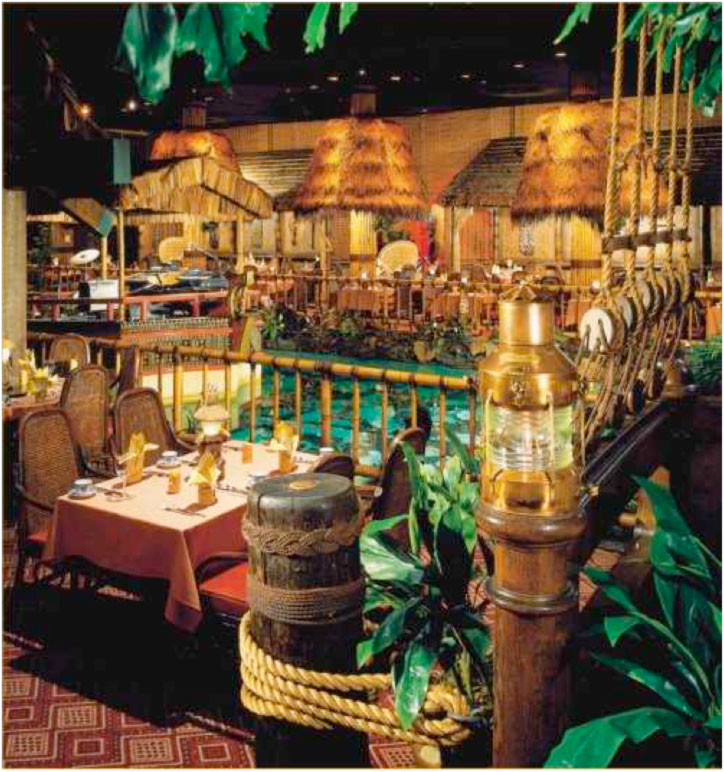 Did we mention they kept the swimming pool? It got a makeover, becoming an aquamarine lagoon from which the “Island Groove Band” serenaded guests dining on kitschy feasts of Gold Braid Duck, Fried Won Tons, and Ham & Eggs. 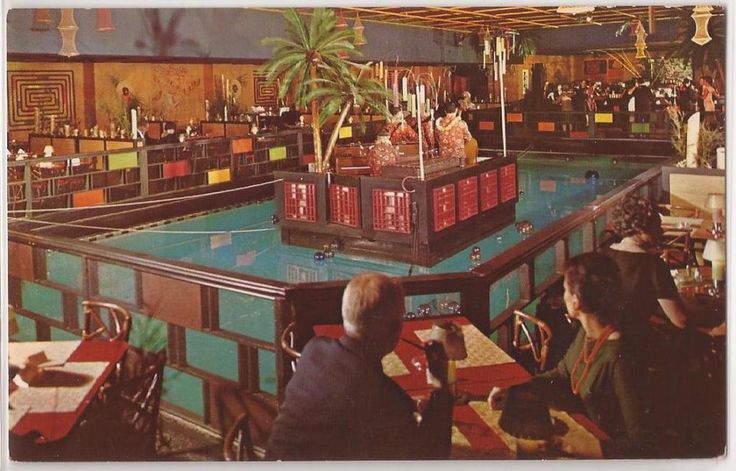 Every half-hour or so, the lights would dim and a faux hurricane — complete with thunder sounds and water falling around the lagoon’s periphery — made guests feel as if they were sailing away to an island paradise mid-storm… 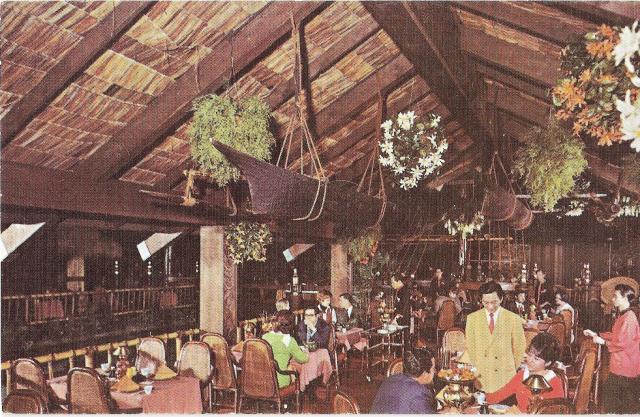 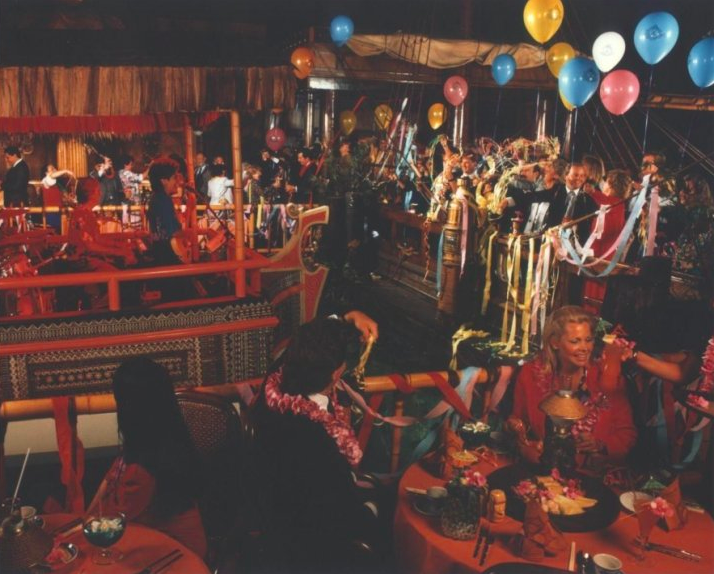 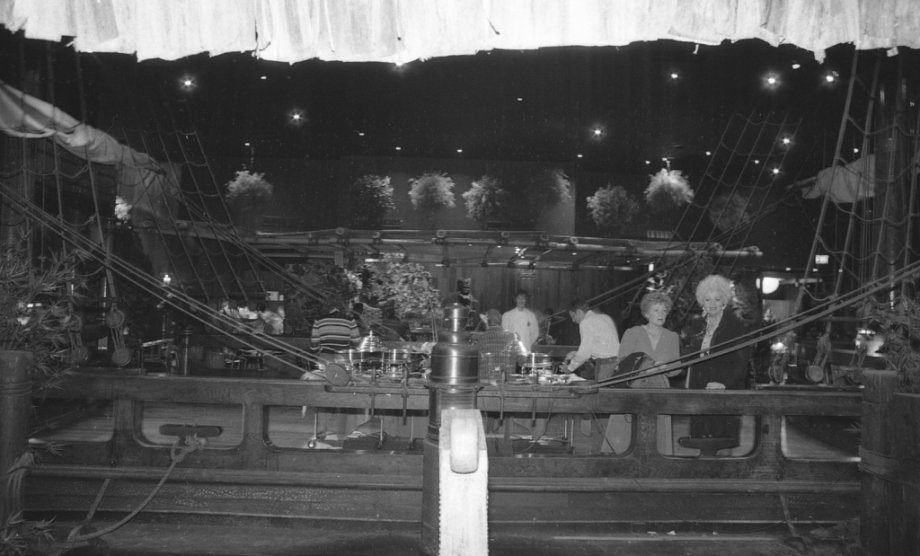 The good news? The Tonga Room is still a beloved SF-establishment, faux hurricanes and all. The lava-rock walls remain cluttered with the same totem poles, Tiki statues, and suspended canoes… 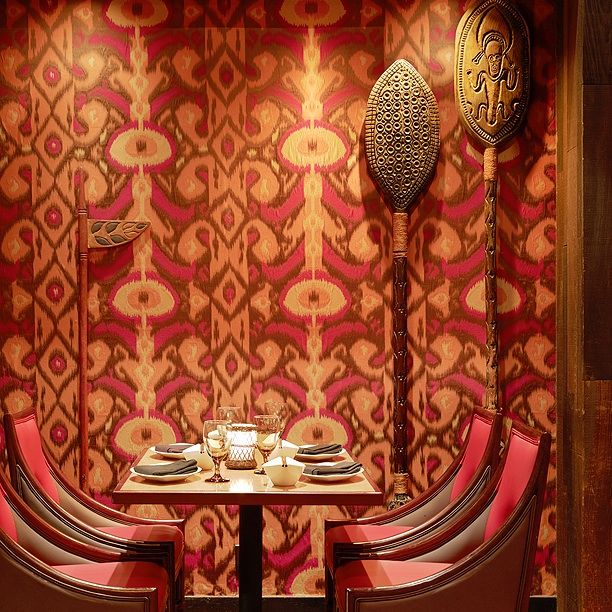 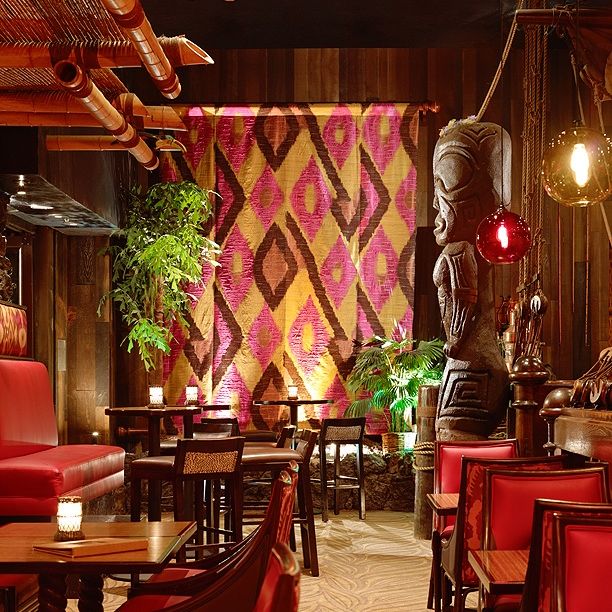 When the “storm” gets under way, the band often begins to play the bar’s signature song — a loveably half-baked Creedence Clearwater cover whose chorus goes, “Have you ever seen the rain…in the Tonga Room?” that will have you waving your Mai Tai in the air. 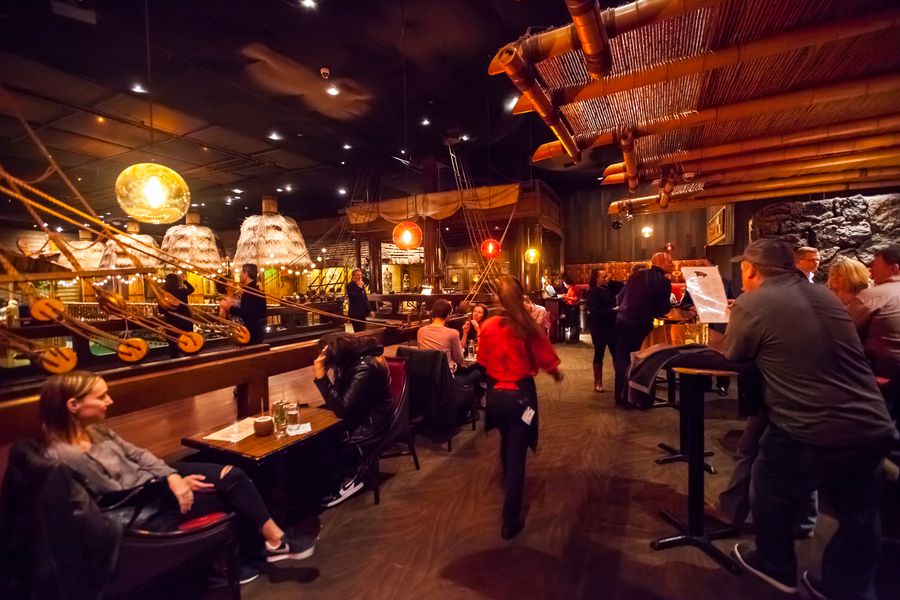 “The Tonga is more than a sight gag,” pointed out the New York Times in 2009, “It’s a potent nostalgic touchstone, a place where the combination of cocktails and two-foot-long straws have lent a warm glow to untold numbers of honeymoons and anniversaries, first dates and last dances, birthdays and bar mitzvahs.” 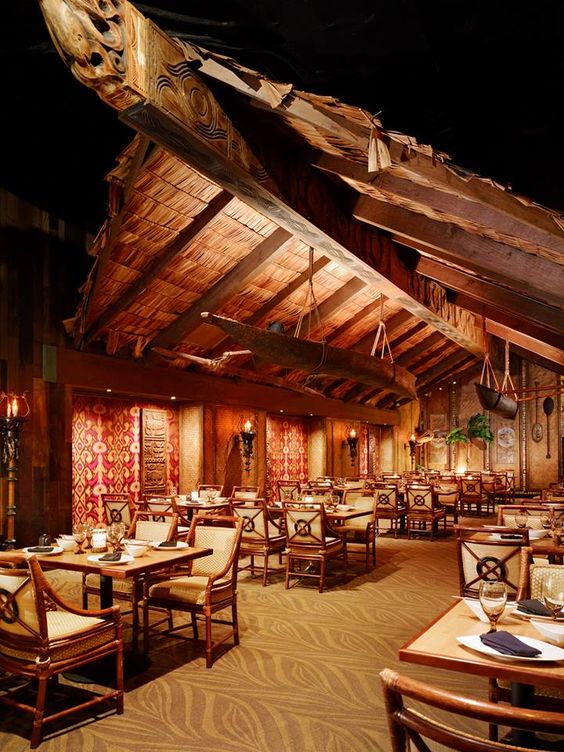 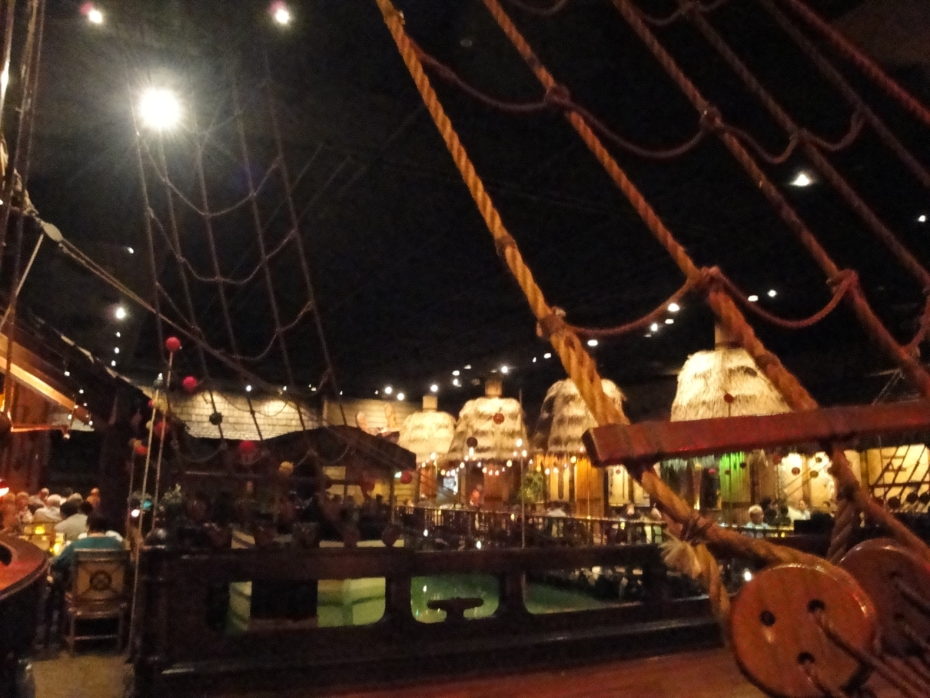 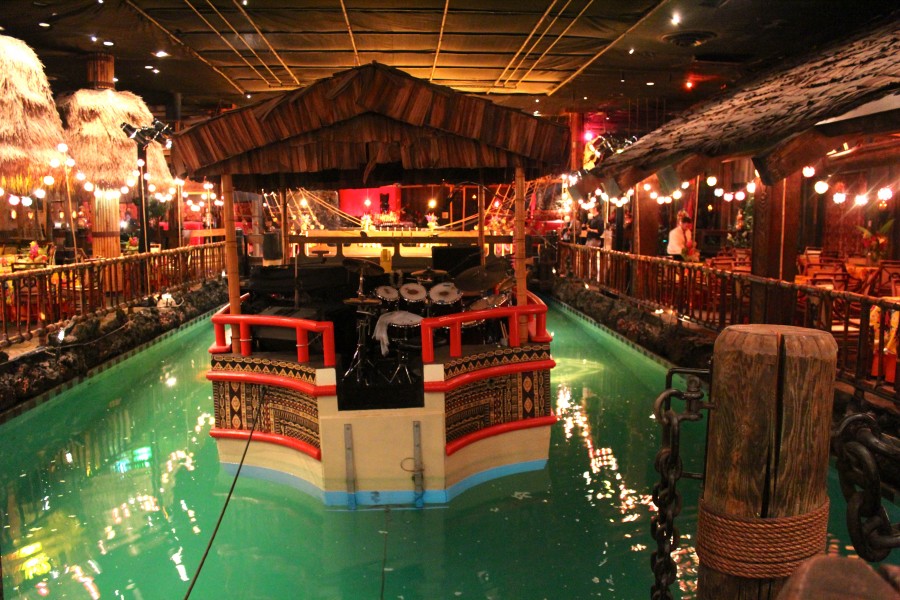 In a city that is rebuilding, expanding, and gentrifying itself at the drop of a hat, the Tonga Room might just be the final outpost of San Francisco’s glory years of kitsch and escapism (at least in the category of basement bars).

You can head there yourself, reservation free — but be warned that there’s often a long wait to get inside, so you’ll have to hustle yourself down the basement as soon as the clock strikes five… 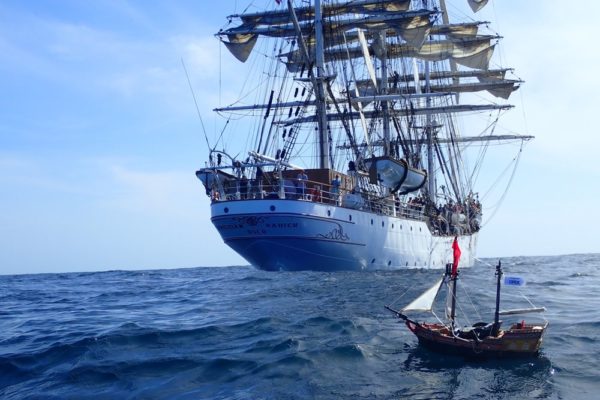 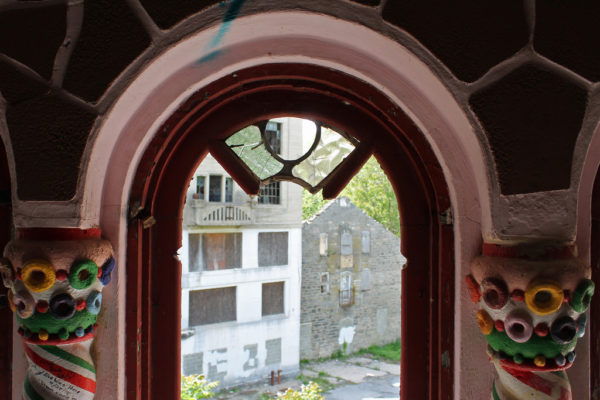 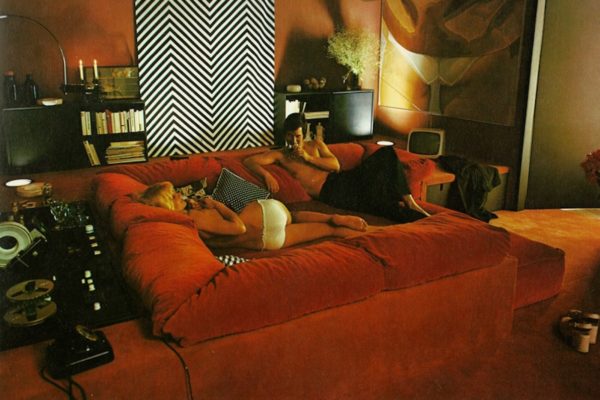 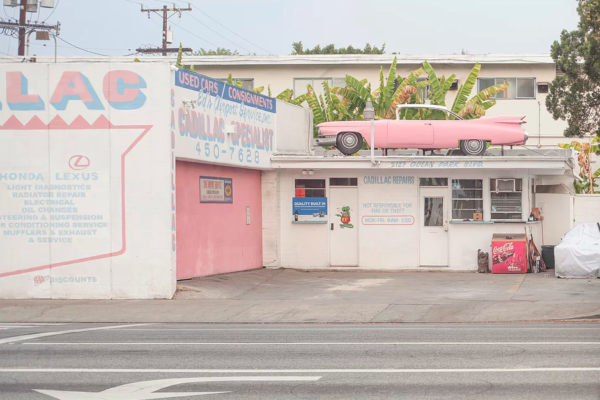 What a Relief Our Doctors Aren’t Bodysnatchers Anymore
13 Things I Found on the Internet Today (Vol. CCLXXII) 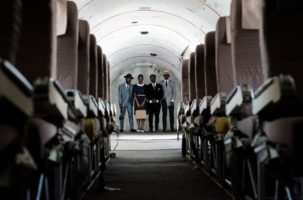 Interview with the Vintage Guru of Namibia