They crusaded with horns sprouting from their heads, and rifles slung across their backs. Legend has it they decreed the virtues of the Holy Bible in one hand, and a torch in the other. They were known as the “Bald Knobbers,” and for a period of time in the lawless Ozark Mountains of a post-Civil War midwest, their name was synonymous with ‘Sticking it to the Man’ — but who were they really? Pro-Union champions for justice, or just a violent gang? Depends who you ask.

To understand why a bunch of men wearing wonky flour sacks over their heads grew so powerful, it helps to untangle a bit of the mess left behind by U.S. Civil War. It was the bloodiest of its kind on American soil, to this day, and Reconstruction was a painful process. Taney County, Missouri, was one of many places left without any real system of government, and it felt like civilians were dropping like flies from either poverty, or crime. This was also primo, pro-Confederacy territory that was feeling very angry.

“From its inception in 1837 to the outbreak of the Civil War, Taney County recorded but three murders,” wrote Elmo Ingenthron and Mary Hartman in The Bald Knobbers. Between 1865 and 1885, there were between thirty and forty murders, and not a single suspect convicted. Living in fear had become the norm. But not for Nat Kinney.

They say he was 6 1/2 ft tall, and wore two six-guns strapped to his hips— a habit from his time as a soldier, perhaps. The war vet said he had settled in the Ozarks for some peace and quiet, and even founded a Sunday school at the local Oak Grove Schoolhouse. But Kinney’s brand of peace and quiet often came at the expense of a gunshot.

It was the torment of a local business owner, Jim Everett, that drove Kinney to his breaking point. Everett has criticised a group of local, pro-Confederacy thugs for their violence, and woke up one day to find three of his best cows tongueless and starved to death. So Kinney rallied a group of 13 affluent community men— preachers, lawyers, mill owners, anyone who wanted to restore order to the Ozarks — to stop the neighbour versus neighbour fighting that followed the war. They called themselves, “The Committee for Law and Order,” and had their first meeting on a hilltop on the grassy bald knob summits, hence, the name.

Not long after, a Bald Knobber refused to serve some cow-torturing thugs at his store. He woke up to find his home ramsacked, and when he didn’t back down from the attacks, was finally shot dead with his wife. It was a make-or-break moment for the new vigilante group, who disguised their faces with horned masks to spark fear in their enemies.

The anti-Knobbers, as we’ll call them, had consequentially been thrown in jail (a first for the county), but soon after were found hanging from a tree with a single note, reading, “Beware! These are the first victims of the wrath of outraged citizens. More will follow. The Bald Knobbers.”

The message rang loud and clear. For those who were pro-Confederacy, the Bald Knobbers were cruel thugs; for those like Kinney who’d been for the Union, they represented salvation and a new America. They were vigilantes of a religious breed, and “punished” men who mistreated wives and children, were unfaithful, or hit the sauce a little too hard.

Over time, various chapters started popping up with hundreds of new members. But they didn’t all function as smoothly as hoped, and the murder of a family in 1887 sparked such a violent change in public opinion of the group that they had no choice but to disband. The final nail in coffin was Nat Kinney’s assassination by anti-Knobber Billy Miles a year later.

These days, the Bald Knobber legacy lives on mainly in spooky Southern ghost stories and kitsch attractions like Silver Dollar City in Branson, Missouri. It’s “a Christian-owned theme park that is like Disneyland reimagined as a 19th century mining village,” according to journalist Lisa Hix, where Bald Knobber statues take charge of canons (that never happened, by the way) in a ride called Fire in the Hole.

In 1960, a local family decided to start a show to provide evening entertainment for the tourists who were coming to the theme park in the Branson area. The Baldknobbers Jamboree has been continuously entertaining audiences ever since and is acknowledged as Branson’s first show. Passing tourists know little of the true history of its name. 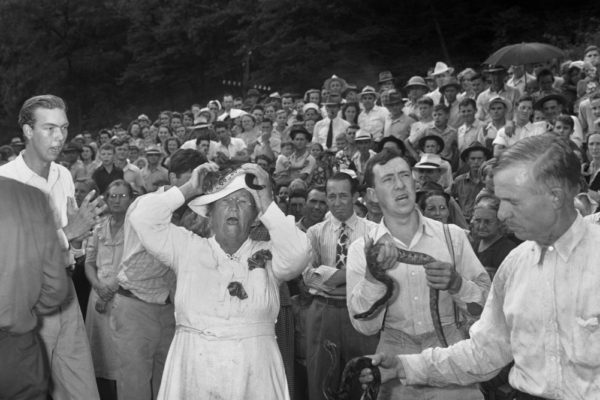 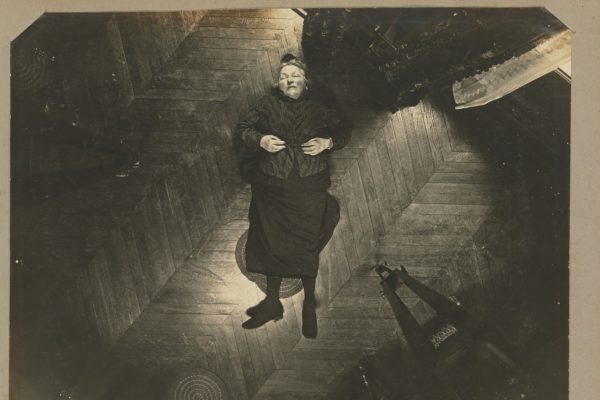 In the Shadows with NYC's Self-Styled Guardian Angels 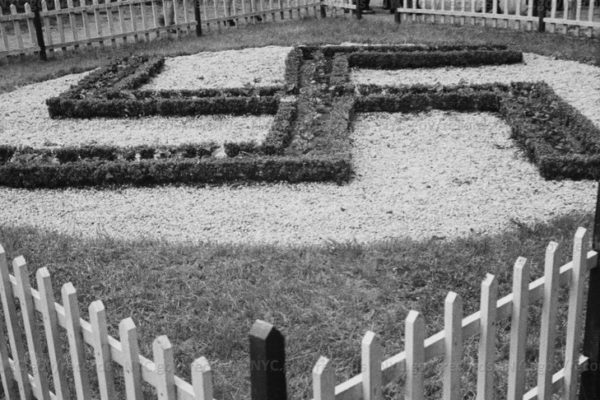 13 Things I Found on the Internet Today (Vol. CCCXI)
In Other News, Turkmenistan’s Dictator Wants to Be a Superstar DJ 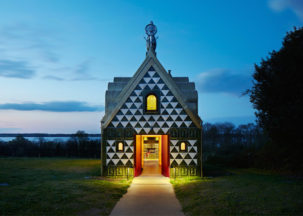