It’s not widely known that same-sex unions were recognised in Ancient Greece and Rome, Mesopotamia and some regions of China, ranging from informal relationships to highly ritualised unions. Perhaps even more surprising, is that that those notoriously tight-lipped Victorians were open to it as well. There was a loophole in the 19th and early 20th century, when the only expected path for women was to be good homemaker for one’s husband and produce as many children as possible, which enabled some fortunate society ladies to eschew traditional marriages and marry their female friends, finding financial security, companionship, and safety, independent of men. These same sex unions, generally between wealthy and well-educated women, became termed “Boston Marriages”.

The unusual union for the era was named after the Henry James novel The Bostonians. This was the story of two wealthy women in Boston who lived together in intimate companionship. James based the characters in his novel on his friends Sarah Orne Jewett and Annie Adams Fields. Friends at first, they became closer after Annie’s husband died, and eventually moved in together. They spent over 30 years travelling the world and hosting literary salons attended the who’s who of East coast society. Boston Marriages were so common and accepted that even Rose (Libby) Cleveland, sister of President Grover Cleveland, served as his de facto first lady while he was unmarried, while also carrying out a long-term relationship with Evangeline Simpson. Surviving love letters between the two bring to light their long and passionate relationship. They were buried side by side in Italy, where they had shared a home.

Boston Marriages were especially common in academic settings, since women who were married were expected to give up their prestigious positions in order to be a wife and mother at home. The term was also used in reference to Gertrude Stein and Alice B. Toklas. In fact, these academic Boston Marriages were so common at Wellesley College that they were sometimes also referred to as Wellesley Marriages. Lillian Faderman, author of To Believe in Women: What Lesbians Have Done For America – A History, wrote that in the late 19th century, of the 53 women faculty members at Wellesley, only one was in a traditional marriage to a man. Many of the rest of the women lived with each other in Wellesley Marriages. While some women chose this lifestyle out of the desire to keep their academic positions, others chose it simply because they were wealthy and did not need or want a man to take control of their lives. Women’s relationships within Boston Marriages were often romantic and platonic; women cared for one another deeply, but were not necessarily sexual.

Of course, while some arrangements in their Boston Marriages were platonic friendships, there were also plenty that existed between gay women. The fact that society considered Boston Marriages as an innocent arrangement was a convenient cover for women who would otherwise have been separated by societal norms of the era.

This was also a time when it was not unusual to encourage young girls to share beds, embrace publicly, and generally show great affection for one another without stigma. “What were they, after all, but girlhood rehearsals for marriage, the great drama of a woman’s life?” In 1847, Henry Wadsworth Longfellow explored this rhetorical question in his short story Kavanaugh, about two women, Cecilia and Alice who find their feelings of companionship evolve into a romantic relationship while preparing for their male suitors. Even by today’s standards the story is written with depth and understanding. A contemporary reader can recognise the author’s sympathy for Alice as she begins to understand that her feelings for her best friend Cecilia are changing, and that she is falling in love with her. Needless to say, a story like this was uncommon for the 19th century, especially when written by a man.

Sadly, societal tolerance of these relationships began to change around 1920. In the early 20th Century, America was awash in incredible queer culture and nightlife. Then came mob violence, Hollywood homophobia and the end of Prohibition, driving the freedom of unconventional desire back underground. The closet was born. All of a sudden, women too were suspected of homosexuality, and fewer and fewer women chose to live together. As homophobic attitudes raged during the 20th century, the term Boston Marriage was all but lost to history.

Today, women and the LGBT community have little use for a term like Boston Marriage in western society, but in other parts of the world, choosing to cohabitate with other female friends can be as much a necessity as it is a choice. In the Mara region of northern Tanzania for example, an empowering tribal tradition called nyumba ntobhu (“house of women”) is undergoing a modern revival that allows women to marry each other to preserve their livelihoods in the absence of husbands. The benefits of such an arrangement include reducing the risk of domestic abuse, child marriage, and even female genital mutilation.

Hundreds of years ago in 14th and 15th century southern China, during the Ming dynasty period, a sisterhood was created in solidarity against heterosexual marriages that were often oppressive and abusive. Women would bind themselves in contracts to other females, marked by elaborate ceremonies…

These marriages were known as “Golden Orchid Associations” and also allowed the couple to adopt daughters who were then legally entitled to inherit property from the parents. The Golden Orchid Society became an extremely progressive social movement for its time that provided an alternative model of social security for women.

While some of the sisterhood’s relationships would have also been of a sexual nature, the society even had a support system in place for asexual women who chose neither a heterosexual, nor a same sex relationship, but a marriage unto themselves. A ceremony would also be held to celebrate this decision, which involved a woman changing her hair from long braids into the traditional “married” bun style, which signalled to society that they were not available for courtship. They were known as “self-combing women”. For over 300 years, women found the safety and family in the Golden Orchid Society. In a journal written in 1937, a traveler described the arrangement as “two women [who] dwell together, always existing as if they were one woman. They are as close as a stalk of grain coming through a stone.”

From the Golden Orchid Society to the Nyumba ntobhu to the Boston marriage, it’s all a comforting reminder that against all odds, women have been sticking together to find happiness, independence and success throughout history. 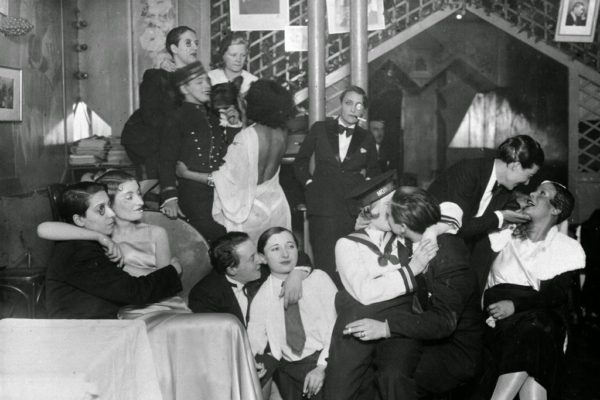 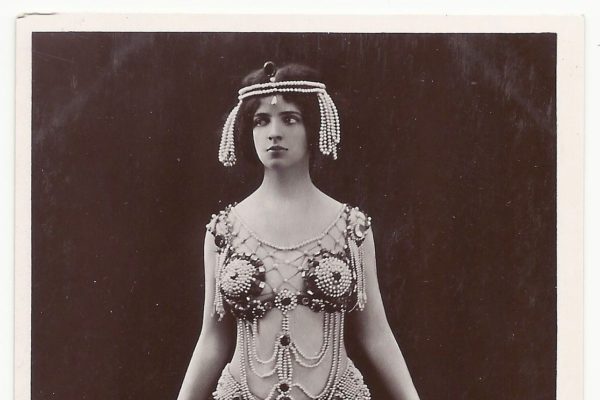 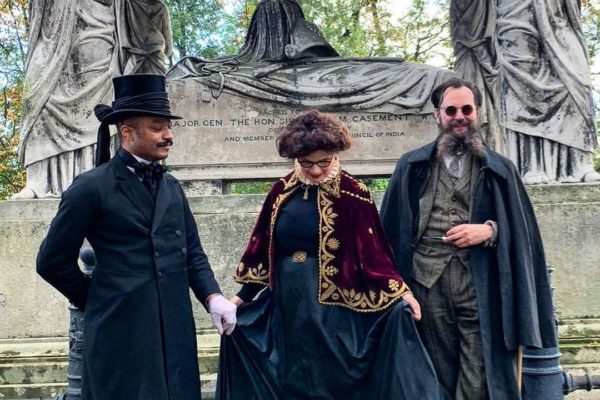 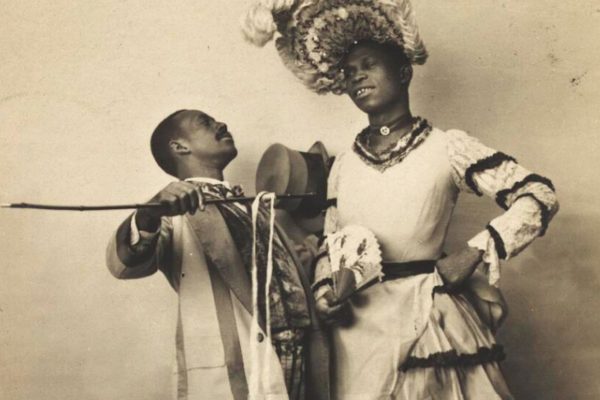 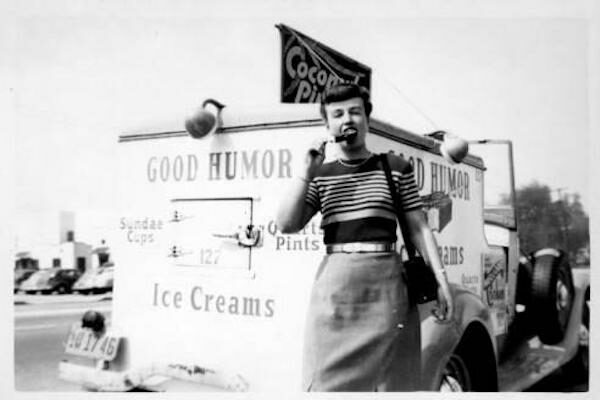 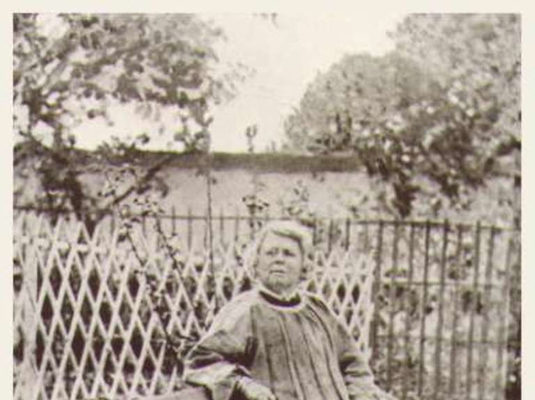 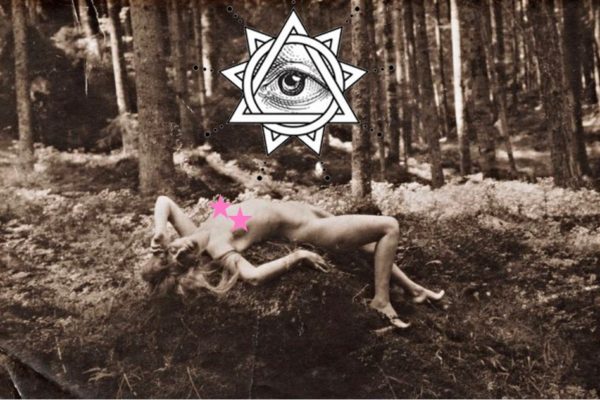 13 Things I Found on the Internet Today (Vol. DLXXX)
The Secret Lives of Cowboy “Buckaroo” Poets 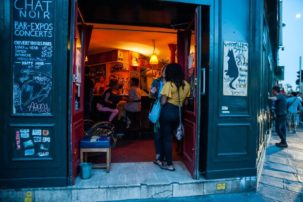