1. Marseille’s Transporter Bridge (and Restaurant) inaugurated in 1905 and destroyed in 1944

Demolished by the Nazi army in an attempt to block the port during the liberation of the city. At the top of the bridge there was a luxury restaurant while at the water’s edge a mobile platform suspended by cables connected the two banks with a 20-minute journey.

A transporter bridge, also known as a ferry bridge or aerial transfer bridge, is a type of movable bridge that carries a segment of roadway across a river. The gondola is slung from a tall span by wires or a metal frame. The design has been used to cross navigable rivers or other bodies of water, where there is a requirement for ship traffic to be able to pass. This has been a rare type of bridge, with fewer than two dozen built. There are just twelve that continue to be used today, including one converted into a lift bridge and one designed as, but not yet operating as, a transporter bridge.

Found in Made in Marseille.

Ernest Haeckel, born Potsdam, 1834, was a zoologist, naturalist, philosopher, marine biologist and artist. Overall brilliant and sometimes scientifically controversial, his book of illustrations is said to have inspired early Art Nouveau artists such as  Karl Blossfeldt, Hans Christiansen, and Émile Gallé. His first wife, Anna, died suddenly and tragically young, and he travelled Nice to escape his suicidal ideations. During his convalescence, he discovered some new species’ of jellyfish, naming the more beautiful ones after Anna. His book of lithographic and half-tone prints collected from his other zoological works was published in 1899 and 1904.

These photos (and more from Haeckel’s archive) can be found on the Public Domain Review.

3. A forgotten 20th century artist experiencing a revival through NFT’s

Marisol Escobar’s most recognizable and uniquely thrilling works—life-sized totems made in a pop art-ish collage of wood sculpture, paint, paper, textiles, and found objects—may have lost attention and faded into obscurity since the artist’s peak market, but in the age of NFTs, Marisol’s boxy figures are capturing the attention of digital artists, consciously or not, and experiencing a much-deserved revival.

With the innovation of NFTs, the spirit of Escobar’s work has been translated into unique avatars called Meebits.

4. A Statuette of St George, made of gold, diamonds, rubies, emeralds, opals, pearls and other precious stones, made in Munich late 16th century

The statuette was made to house a relic of St George that Archbishop Ernst of Cologne sent in 1586 to his brother Duke Wilhelm V of Bavaria.
In the seventeenth century, the statuette was displayed on important feast days on the altar of the Rich Chapel in the Munich Residence.
The bearded face of the saint behind the movable visor is carved from boxwood and resembles that of the man who commissioned the statuette, Duke Wilhelm V.

5. Owu dancers in a festival in Awo-Omamma, Nigeria

Found in this dissertation.

7. Fish drying in the Philippines

8. A (rentable and haunted) stone castle in upstate NY

It was built by Artist Peter Wing over 45 years ago, and now you can stay there for a night (or two, if you dare) by booking here. The dungeon room is surprisingly accommodating but the cottage is actually pretty cute.

9. Inside Salvador Dali’s Surrealist Funhouse from 1939 “Dream of Venus” was Dali’s pavilion for the World’s Fair to be held in Summer of 1939 in Flushing Meadow, Queens.

As you entered the pavilion you had to pass between twin pillars that were fashioned in the image of female legs that were protruding from a skirt that had been pulled up above the knees. In various windows at the entrance, Dali placed a sculpture of a nude torso of a woman with another naked body of a woman in a window above who had a mermaid-like tail. There was also a large-scale image of Botticelli’s “Birth of Venus.” Dalí had intended to remove the head of the goddess and replace it with a fish head.

The fish head idea, among several others, was rejected by the World’s Fair organisers. Dali condemned the fair’s censorship of his work by hiring a plane to drop pamphlets that he wrote all over New York City Fair titled “Declaration of the Independence of the Imagination and the Rights of Man to His Own Madness.”

The building’s modern, expressionistic exterior, with an entrance framed by a woman’s legs, and shocking interior, including the bare-breasted “living liquid ladies” who occupied the tanks, caused quite a stir. The funhouse was so successful that it reopened for a second season, but once torn down it faded from memory and its outlandishness became the stuff of urban myth….

More than 60 years later, a collection of Kodachrome photographs by Eric Schaal were discovered showing the construction and completion of the funhouse, available in a book Salvador Dali’s Dream of Venus: The Surrealist Funhouse from the 1939 World’s Fair

Also known as a ‘heksenfluit’, made from a rat’s paw and carved bone in 19th century Belgium. Folklore says it was used to summon witches during the Sabbath, but according to othe Museum of Antwerp, which purchased the object in 1964, it was used to dispel rodents during a third wave of the bubonic plague. It’s often forgotten that the plague spread to port cities throughout the world again in the mid 19th century, affecting China and India the worst.

12. Why are so many people heading to California’s newest national park?

This strange little realm of pointy peaks, rocky caves and soaring condors is California’s youngest and smallest national park, set in a region tourists rarely see. Yet lately its visitor numbers are booming.

Is this where we should all be going?

13. The Thinnest Buildings in Paris 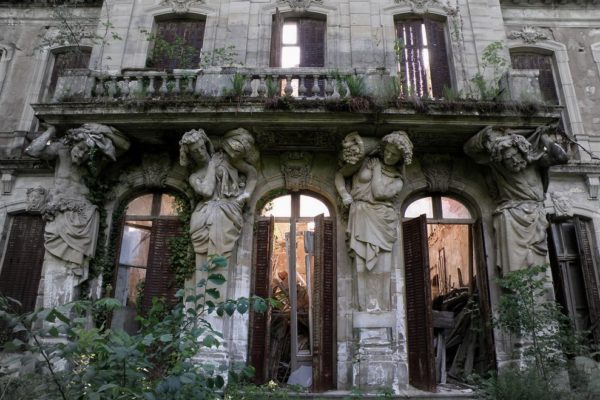 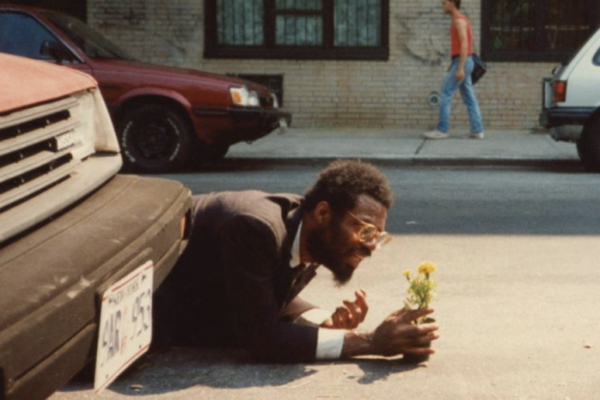 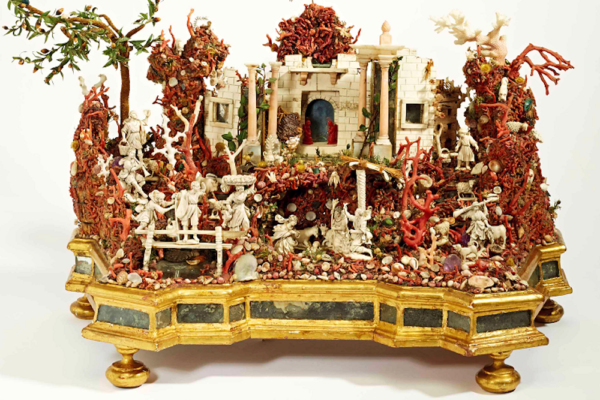 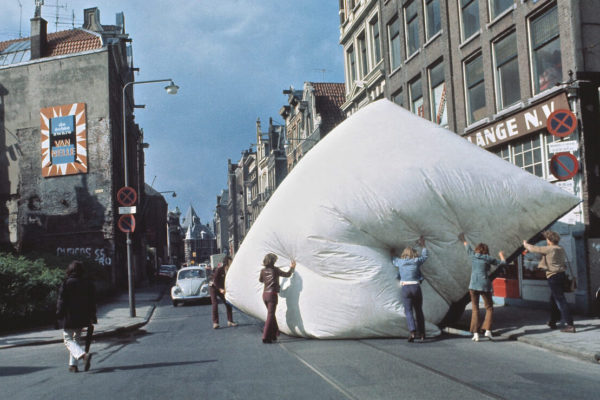 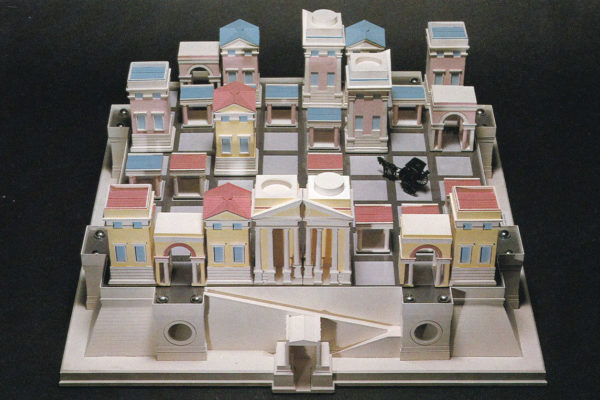 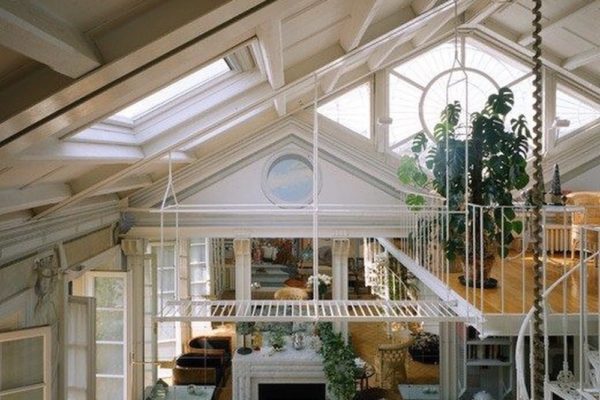 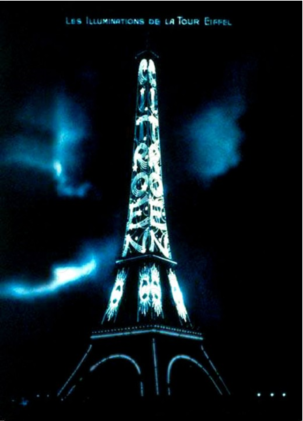 The Eiffel Tower was once a giant advertising billboard