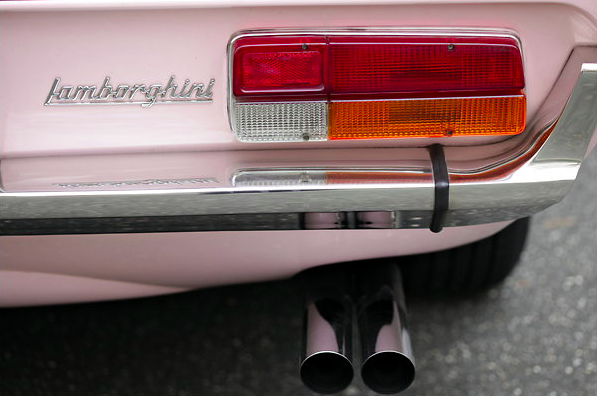 I nearly choked on my marshmallow when I saw this beautiful specimen of automotive machinery painted in pale pastel pink on the New York Times online. And you’ll never guess who this baby belongs to! This one-of-a-kind-why-isn’t-it-mine 1974 Lamborghini Espada belongs to Lorrie Stern, a young-at-heart grandmother of five, living in New Rochelle, NY who also happens to be an amateur acrobatic pilot. 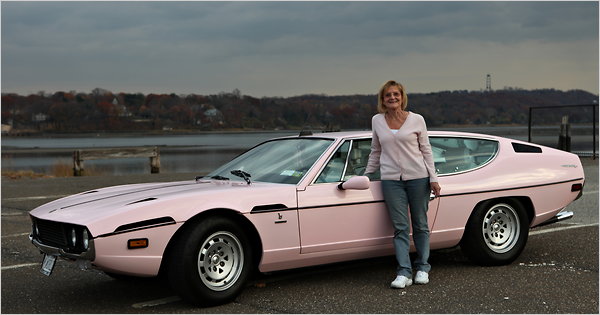 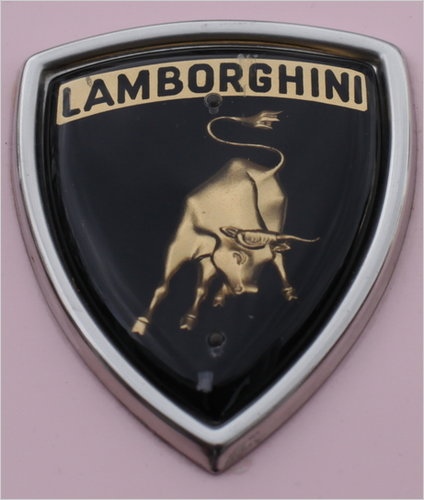 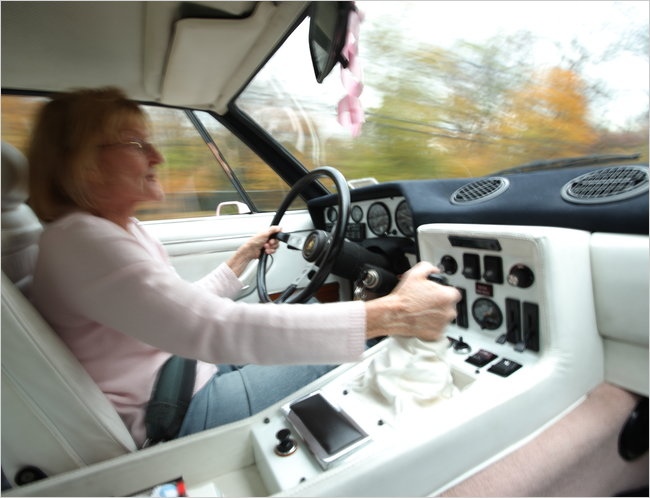 She has owned the car for 37 years and used it to drive her children to school everyday and participate in car pools. “Every child in the neighborhood has been in the car, “she told the New York Times in 2010. 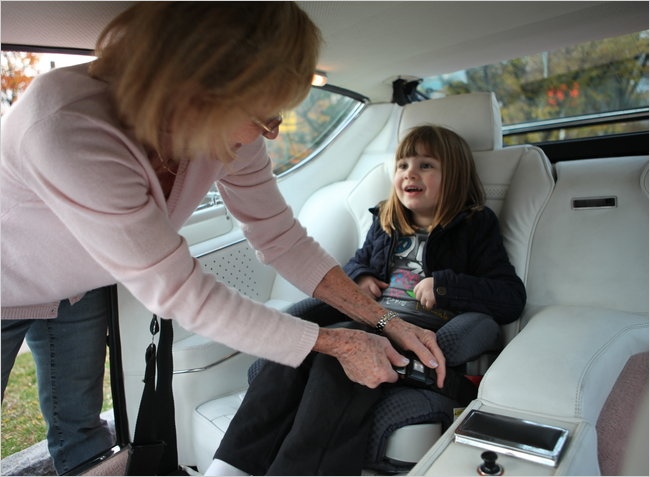 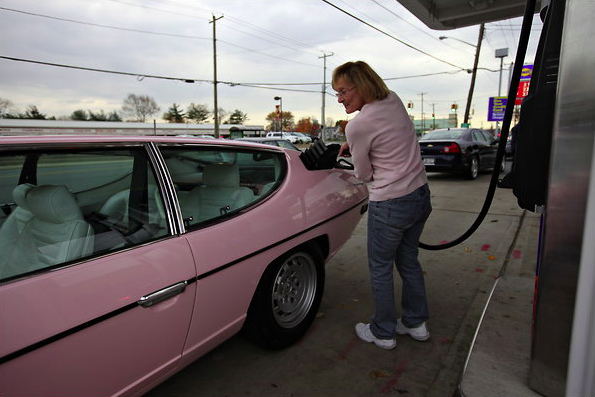 It was given to her almost 40 years ago by her late husband, who was also her high school sweetheart. “If you heard him talk about me, you would have thought I was Amelia Earhart and Stirling Moss rolled into one”, says Lorrie of her husband. The two loved European cars, especially Italian ones and would drive far and wide together to visit car shows. 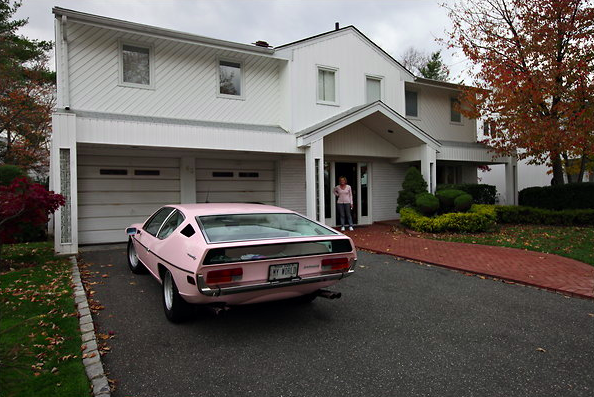 When Lorrie convinced her husband to buy it for Christmas, the Lambo was brand new with a 350-horsepower V12 and a 5-speed manual transmission. The factory color was bright green. “I just had to have it,” remembers Lorrie. 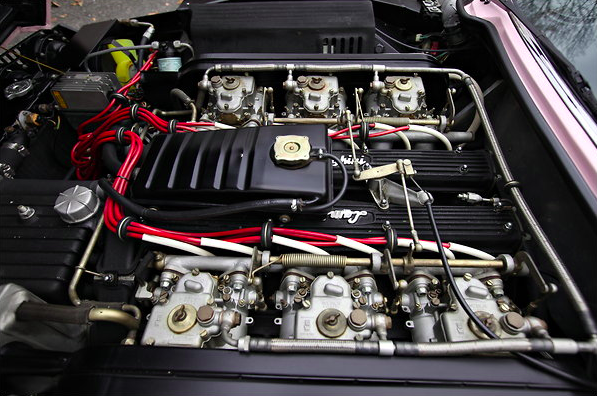 It wasn’t until 1979 that she decided to have it painted pale pink (not a factory color). Ms. Stern also had it fully-restored at the same time, leaving it in the hands of an auto-shop for almost two years. 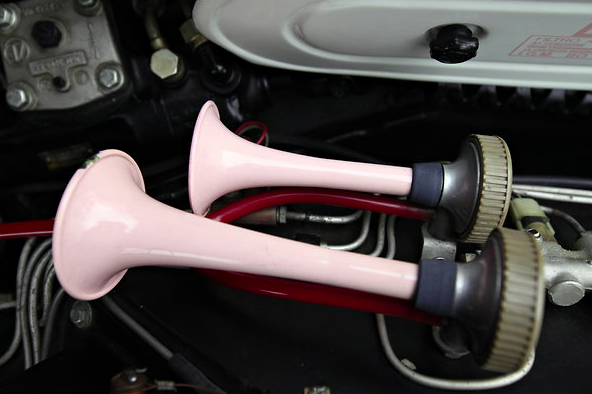 When it was finally done, she took it to the Concorso Italiano car event in California where they created a special one-off prize for the car because it didn’t fit into any of the competition’s categories.

All images by Tony Cenicola for the New York Times 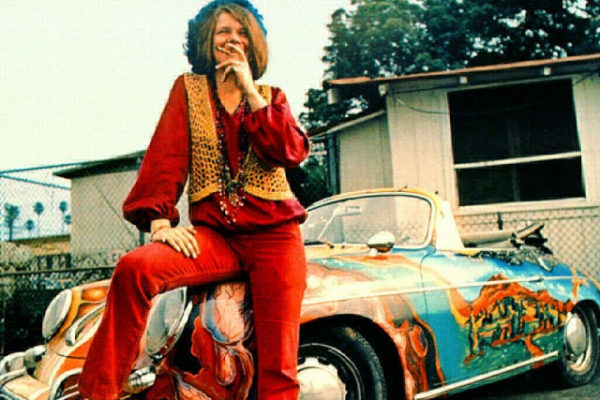 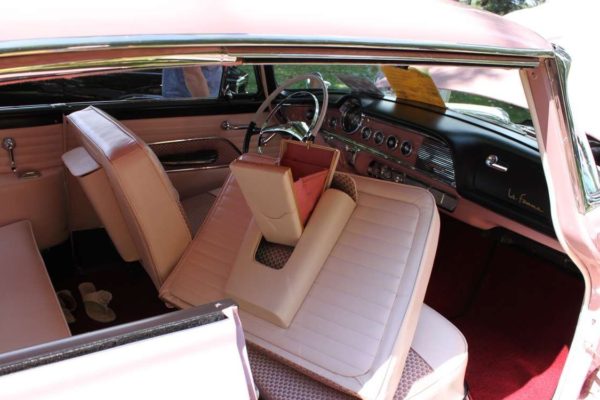 PARIS: Shops from another Century
The Rock & Roll Cult of Sunset Boulevard 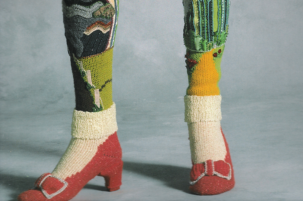 13 Things I Found on the Internet Today (Vol. CCCXXXVII)