The Day the Factory Died

On June 3rd, 1968, Andy Warhol was shot three times in his infamous studio, known as the Factory, and survived. The shooter was actress and member of Warhol’s entourage, Valerie Solanas, pictured right and above with the artist. On that day she also shot Mario Amaya, an art critic, who received minor injuries, while Andy was so badly wounded, it’s rumoured he was pronounced clinically dead at one point. 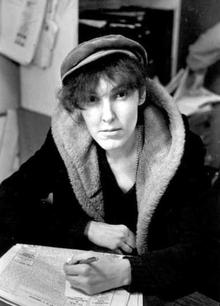 Valerie Solanas was thought to be bitter because Warhol had refused for over a year to use a script that she had written and when she reportedly asked for it back, she was told it had been misplaced. After her arrest she was quoted saying that Warhol “had too much control over my life… I have a lot of very involved reasons. Read my manifesto and it will tell you what I am.” It was the event that would mark the beginning of the downfall of the “Factory 60s”. Andy recovered somewhat, but suffered grave physical effects for the rest of his life, while it would appear Valerie finally got her ’15 minutes of fame’– a phrase Warhol actually coined himself in 1968 when he said “In the future, everyone will be world-famous for 15 minutes.”

Here is an excerpt from an article written in the Village Voice, three days after the shooting:

The Shot That Shattered The Velvet Underground
by Howard Smith

It was an ordinary afternoon at The Factory, the huge, new loft on the north side of Union Square which is the center of the Warhol scene. Sun came in the windows and gleamed off the mirror-topped desks. Paul Morrissey, Warhol’s executive producer, and Fred Hughes, an assistant, sat around talking with Mario Amaya, a visiting art magazine editor from London.

Suddenly the elevator doors opened and Andy Warhol walked into the loft with Valerie Solanis, a sometime write and super-woman-power advocate who had appeared in his film, “I, a Man.” She had come by The Factory earlier in the afternoon looking for Warhol, and had waited for him outside in front of the building for three hours. They walked over to talk with Morrissey, Hughes, and Amaya. It was typical Factory small talk, Hughes recalled. “You still writing dirty books, Valerie?” he asked.

Hughes wandered off, and Morrissey took off to the bathroom. Then the telephone rang, and Warhol went to answer it. While he spoke with Viva, the reigning superstar, Valerie Solanis pulled a .32 automatic out of the pocket of her trench coat. Warhol turned and saw the gun. “Valerie,” he yelled. “Don’t do it! No! No!” She fired three shots, and Warhol fell to the floor.

Then she turned on Amaya, and shot him in the hip. Amaya fled to a back room in the loft and crashed through a door, breaking the latch with the impact. She pursued him, and tried to force the door open while Amaya held it closed with his body. Morrissey, meanwhile had heard the shots and ran to watch her through the small projection window.

She then turned and walked back to Hughes who, terrified, begged her not to shoot. “I have to shoot you,” she told him. Hughes fell to his knees, pleading “You can’t. I’m innocent.” Just as she seemed about to shoot, the elevator doors opened again and distracted her. “She was very confused, very agitated,” Hughes recalled. She turned back, pointing the gun at Hughes, who was still on his knees, pleading for his life, and then Valerie Solanis darted on the empty elevator and disappeared.

Hughes called the police and an ambulance. Warhol lay on the floor, he said, still conscious and bleeding only slightly, but obviously in great pain. He seemed delirious, and cried “I can’t! I can’t!” Then photographer Billy Name came into the loft, saw Warhol, and went to him. Warhol heard him cry, but mistook it for laughter. “Billy,” he said softly, “don’t laugh. Don’t make me laugh.” 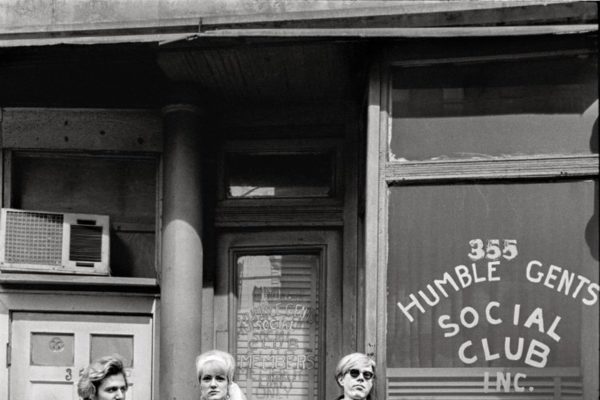 The Hermès Secret Garden on a Paris Rooftop
All aboard the Bamboo Train: A Cambodian Commute 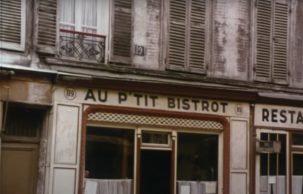