Could it be that the original Sweeney Todd was not actually from Victorian London, but from Medieval Paris? Legend has it that the City of Lights and Love had its very own demon barber during the 14th century. And in fact, Paris was quite possibly the first home of cannibalistic pastries from a murderous barber-butcher relationship. 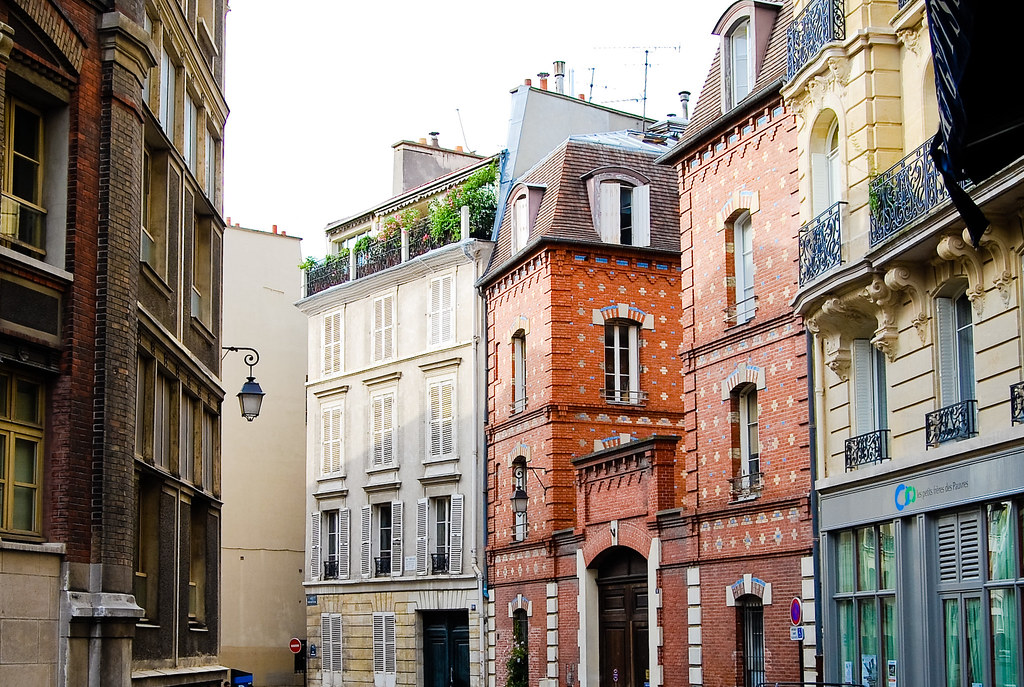 On the Seine’s Ile de la Cité, before the Hotel Dieu hospital was relocated to the island, the rue des Marmousets was renowned for its delectable pâtés and meat pies. People came from far and wide for the succulent French delicacies – especially for those made by a butcher next door to a barber shop on the corner of rue des Marmousets and rue des Deux-Hermites. The pies and pâtés sold there were so tasty, due to a certain je ne sais quoi, that even King Charles VI was said to have been a fan. From 1384 until 1387, this acclaimed butcher was in cahoots with his neighboring barber, turning a pretty penny on the special pâtés. What made his savories particularly good? The soft, scrumptious, young flesh of the victims of the demon barber of Ile de la Cité of course. The barber whose usual clientele of foreign students – who were less likely to be noticed missing – would give customers a close shave and send them down a chute to the basement he shared with the butcher. Down there, the butcher would prepare the human meat, grinding it up for his infamous spreadable pastes and meat torts. This sinister partnership thrived for three years, and would have continued if it wasn’t for a poor pup whose owner never returned from the diabolical barber. Abandoned, the dog waited outside the shop, whimpering and barking for the man who had now become a delicious, spreadable meat paste. Eventually the wife of the victim found the family pet, but he refused to abandon his vigil at the barbershop. With her husband nowhere to be found and her dog’s new obsession with the local barber, the woman felt that something seemed fishy, er meaty, so she went to the police who conducted a search of the area. To the disgust of all, the police eventually uncovered a heap of human bones and flesh in the shared underbelly of the two shops.

For their horrific crimes, the barber and the butcher were burned alive, along with their shops, so as to exorcise the area from their evil aura. A bronze dog statue was erected on the corner to commemorate the dedicated pup who cracked the case. With its gruesome history, the razed area was abandoned for a century until King Francois I allowed construction on the site. The bronze dog remained on guard until the mid-19th century when that area of the island went through its grand transformation into the present day Hotel Dieu.

Today, even though the shop fronts and dog statue are gone, you can still visit the site of the first known Sweeney Todd at 20 rue Chanoinesse, which is now the Parisian Police Department’s motorcycle garage. As I went to investigate, I caught the eye of a young officer. Assuming I was lost and had a question about directions, I caught him off guard when I asked him about the infamous murders and if the story was true. With a surprised look and a glint in his eye, he told me that that was the legend and some of the old building remained in the depths of the garage. So, if you’re lucky and speak with an officer on a good day, you can head down to the basement of the building to see a piece of the original stone foundation and feel the eerie chill left by the barber and butcher.

Now, I dare you to go enjoy some delicious French pâté. After all, it is only a legend… Bon appétit!