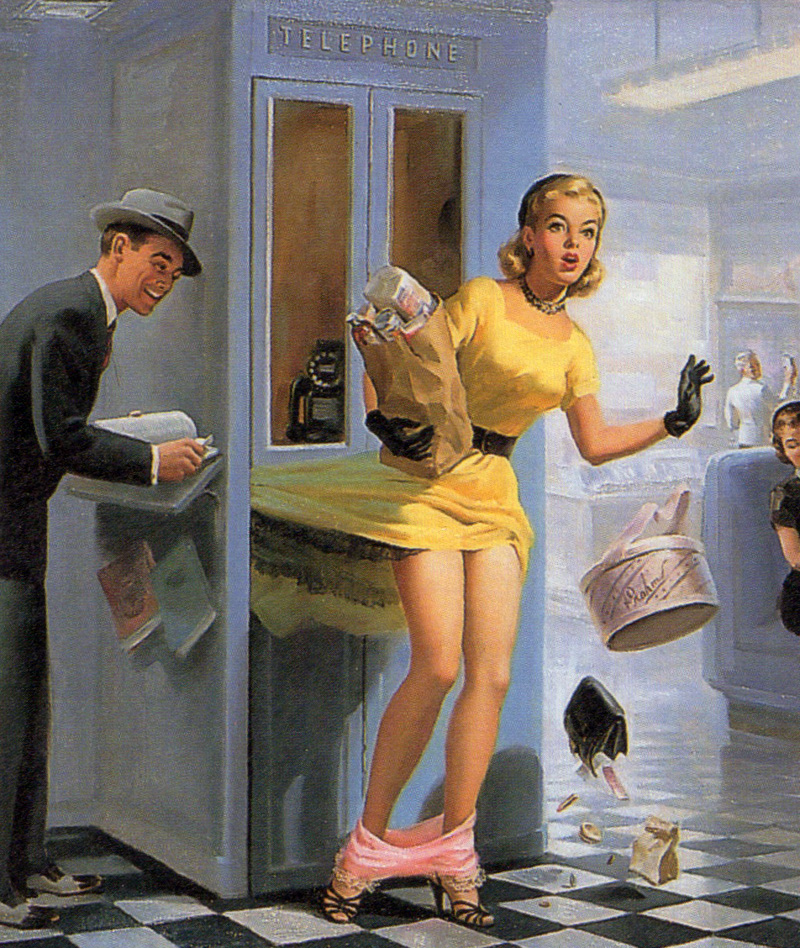 Apparently, women’s underwear in the 1950s was just pants. (Sorry, I couldn’t resist). I stumbled upon the work of a Chicago-born artist, Art Frahm, who was best-known for his pin-up paintings between the 1940s-60s, in particular, his “ladies in distress” series, depicting doll-like damsels whose panties would perilously fall to the ground in the most public of predicaments. 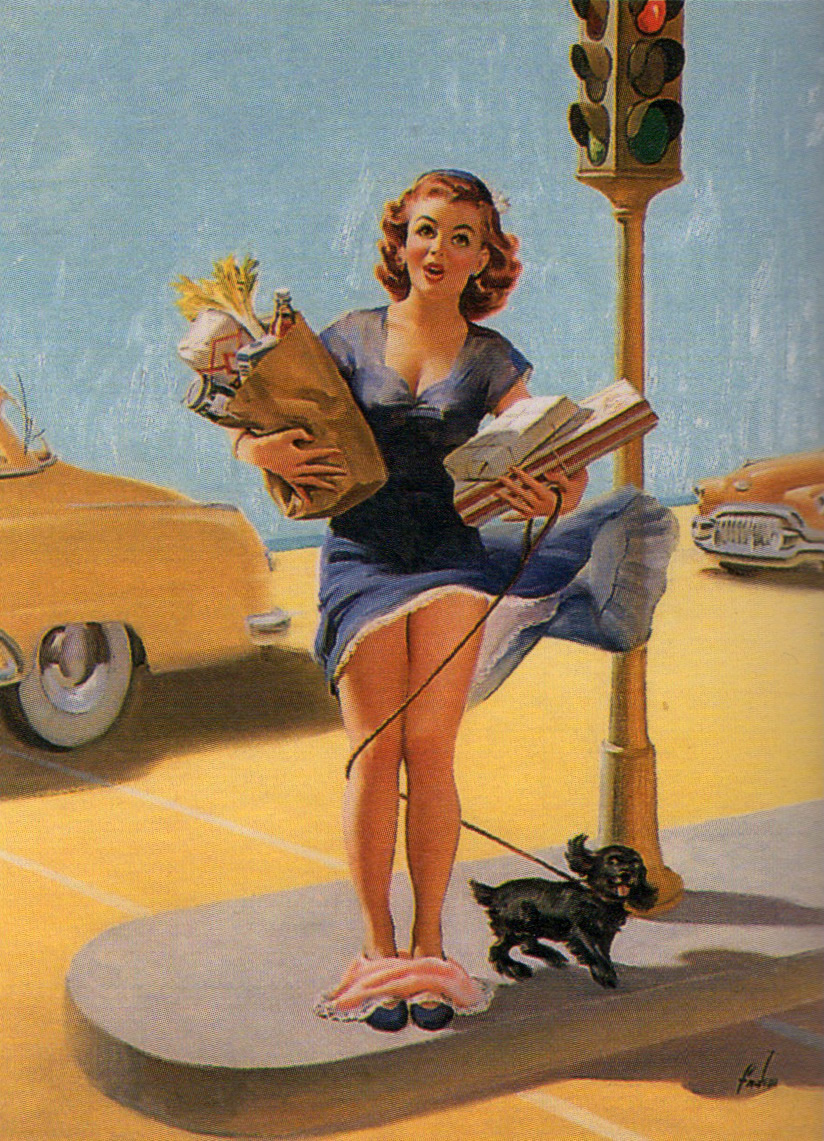 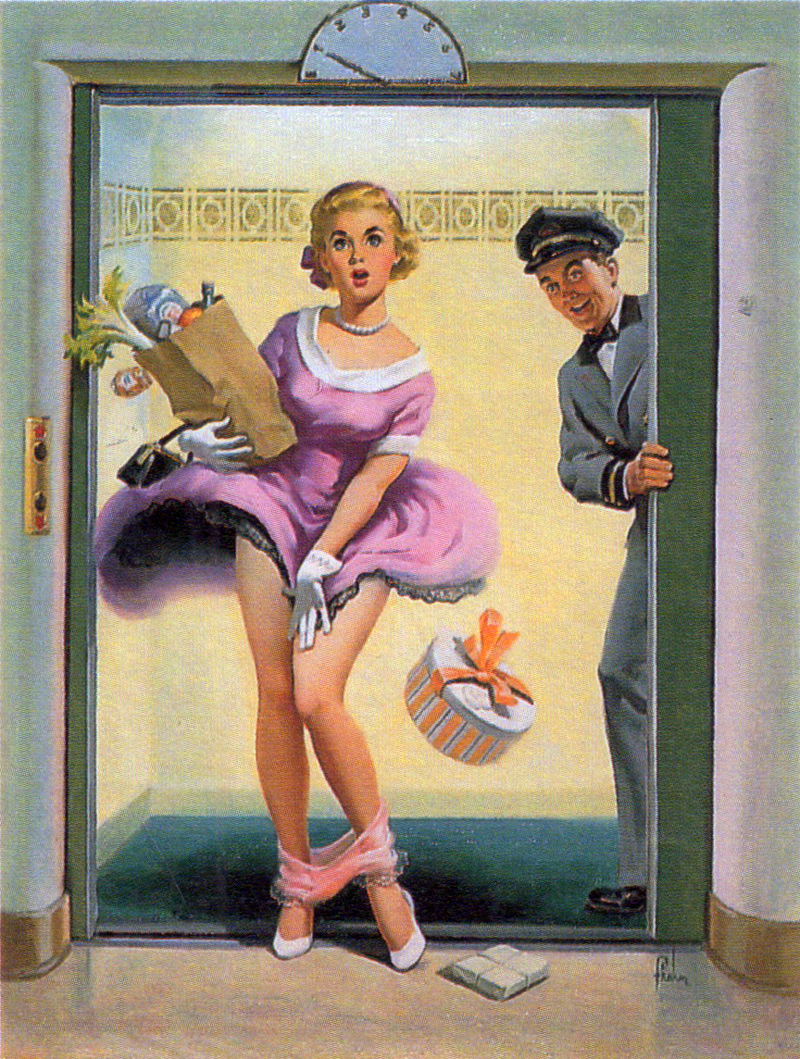 Since 1996, American journalist James Lileks has been building fascinating repository of vintage artwork and advertising on his website The Institute of Official Cheer, and has the largest online collection of scanned illustrations by Frahm, who gained a small cult following during the height of his career. 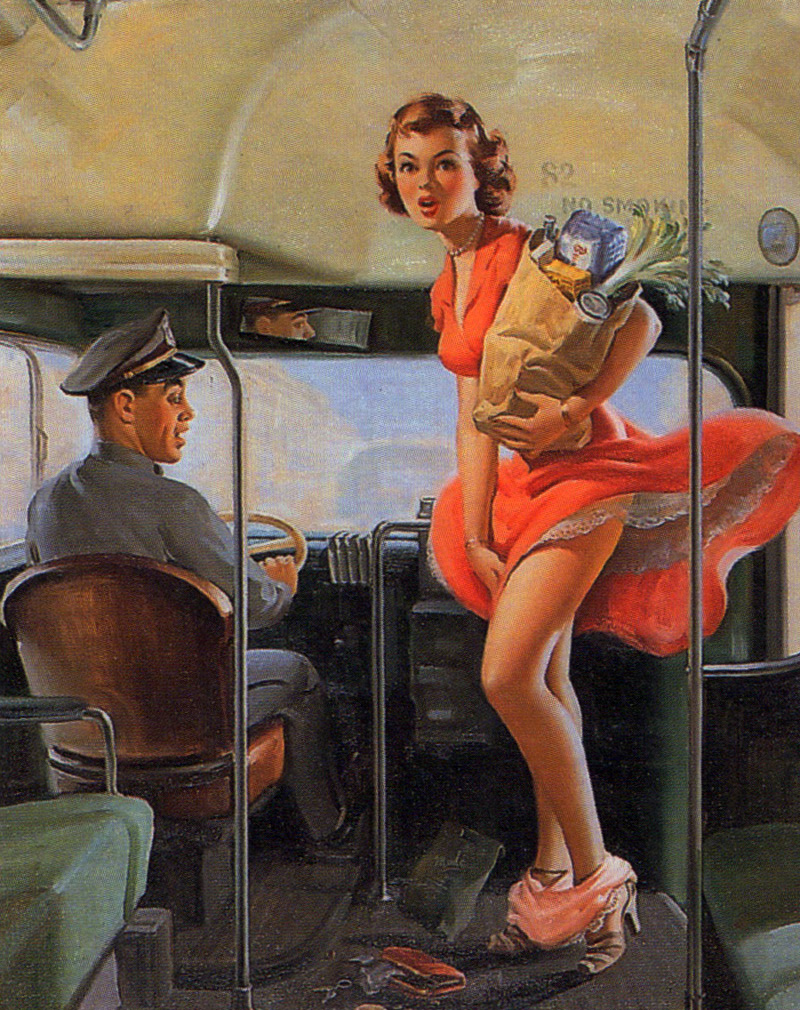 But let’s just get to the burning question. Was underwear elastic really so perilously unpredictable in the 1950s?

“I thought it was ridiculous – underwear with elastic bands just didn’t slip down. It’s like a series of paintings in which bras spontaneously combust,” says Lileks.

“I’ve heard from women of the era say yes oh my yes. It happened. But did it happen like this? Arms full, wind blowing up the skirt, some leering guys in the background? No. This is a glimpse into someone’s fantasy – a world where men regularly happen across women whose undergarments have fluttered to their ankles.” 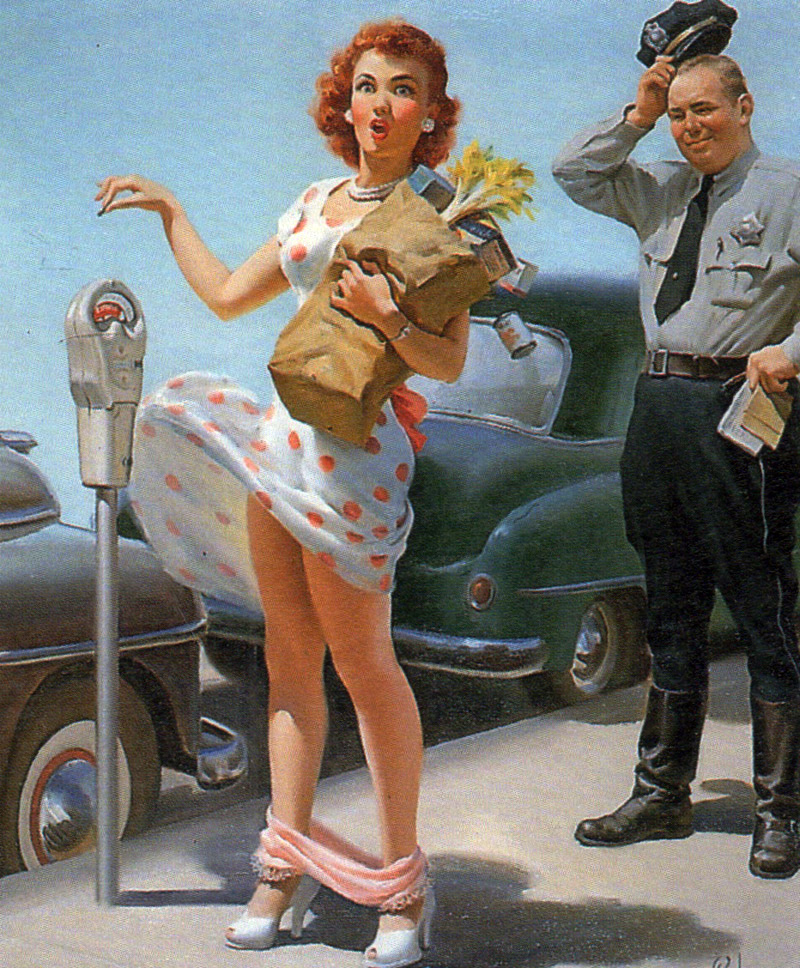 And then of course we have the celery, one of Frahm’s noted idiosyncratic touches. You might have spotted the re-occurring theme in many of these illustrations where the pin-ups are carrying celery in their grocery bags. James says unlike the mystery of the falling panties which some women have clarified for him, “they can’t explain the celery”.

So I did a little research of my own and although it took me a while and was ready to settle with the theory that maybe Frahm just enjoyed drawing organic celery, I think I finally came up with the answer.

According to this website, the plant in question which is native to the Mediterranean region, was “considered an aphrodisiac by Greeks and Romans, said to stimulate sexual arousal (eroticism) and man’s virility”. 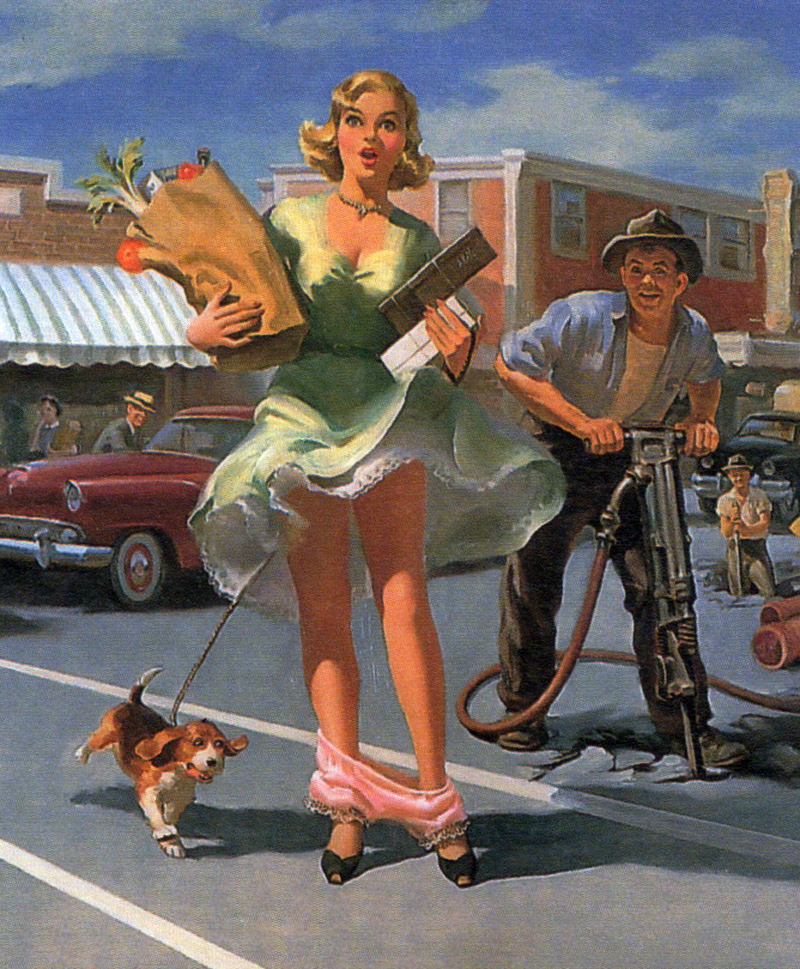 “This one comes from Frahm’s Hopper period”– James Lileks 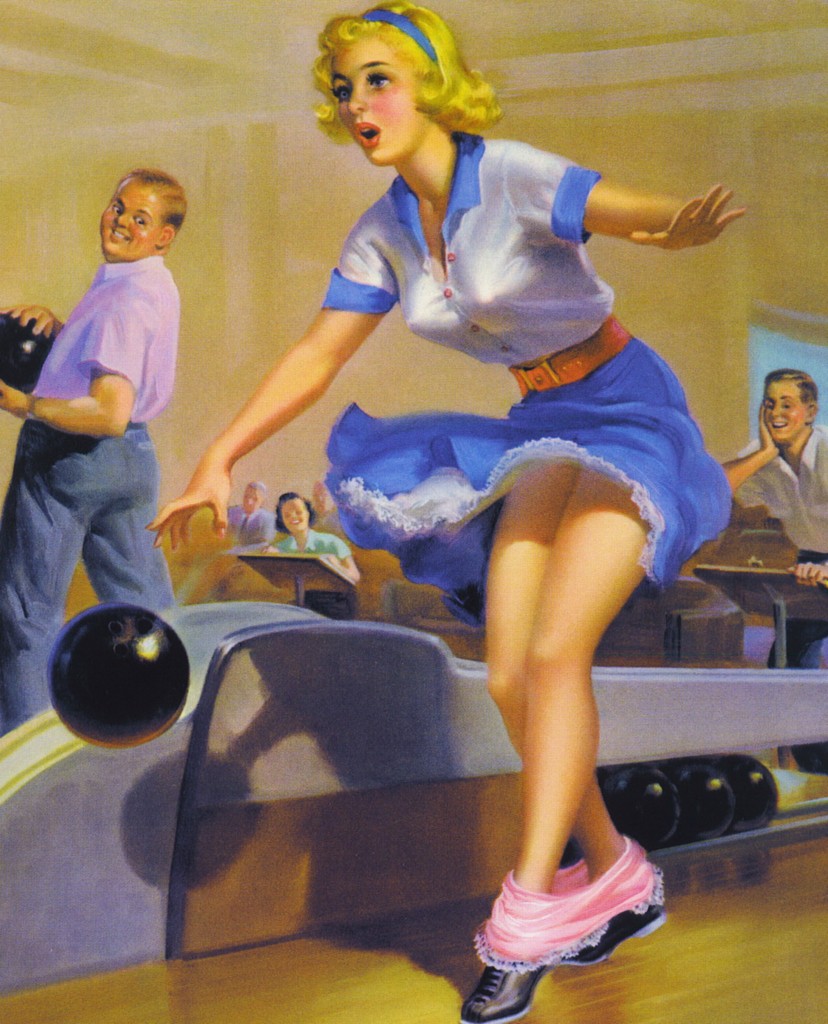 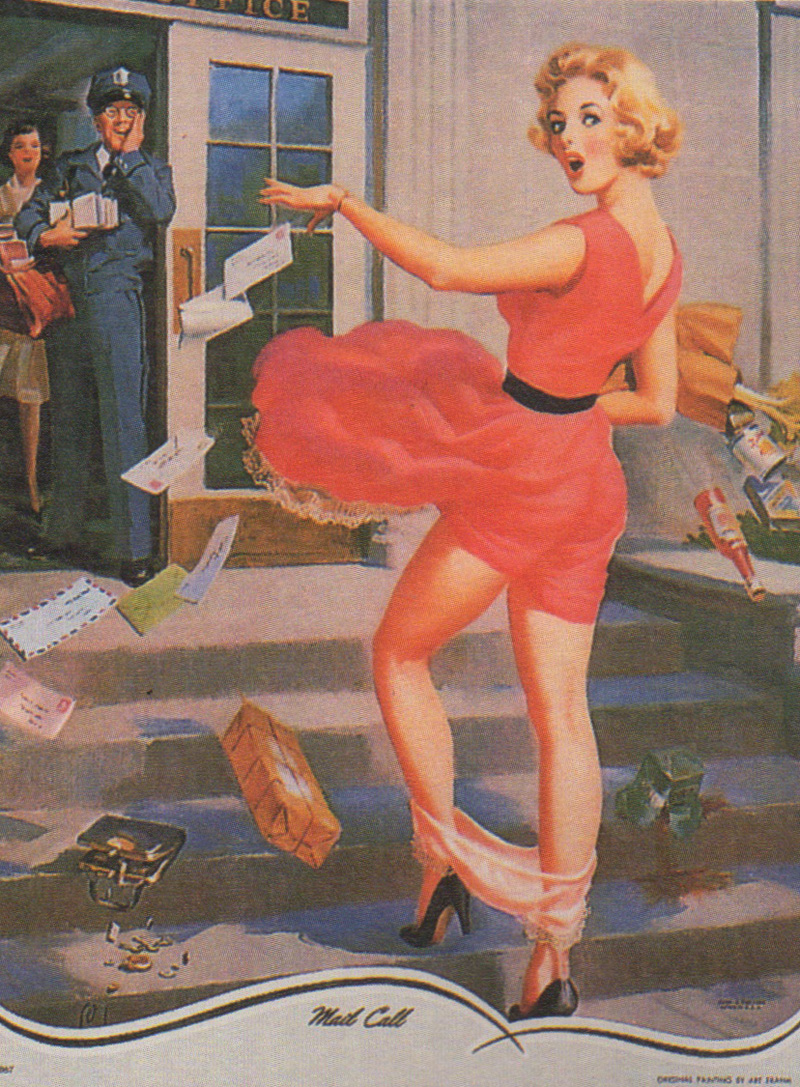 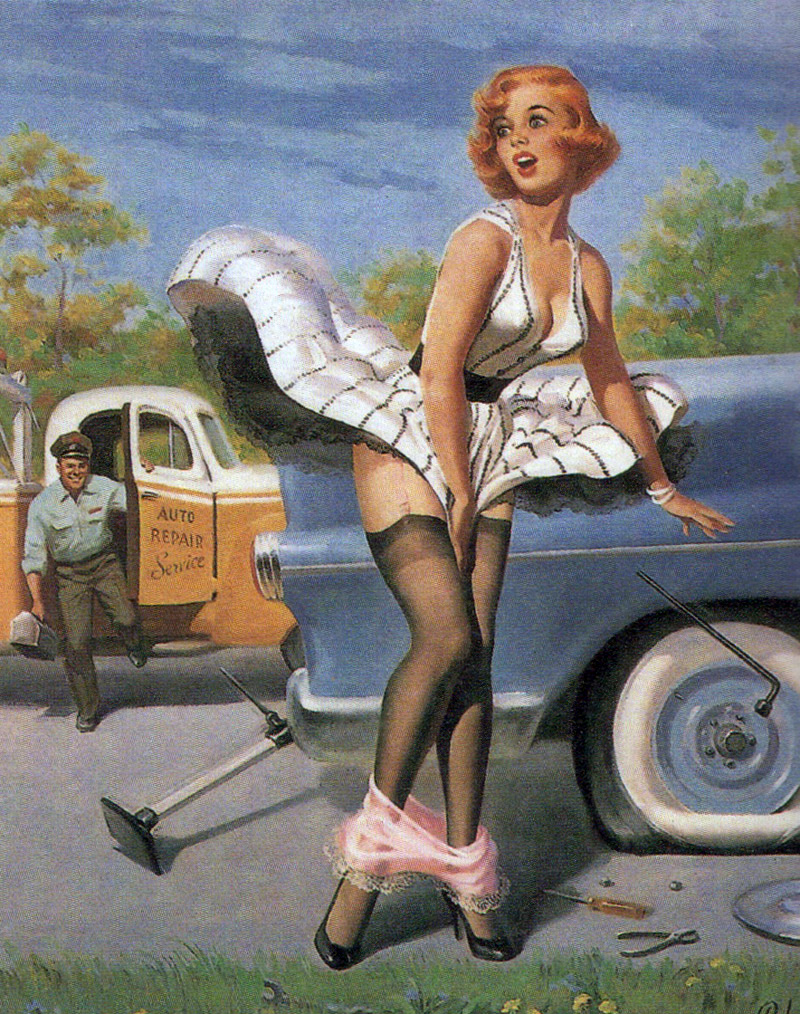 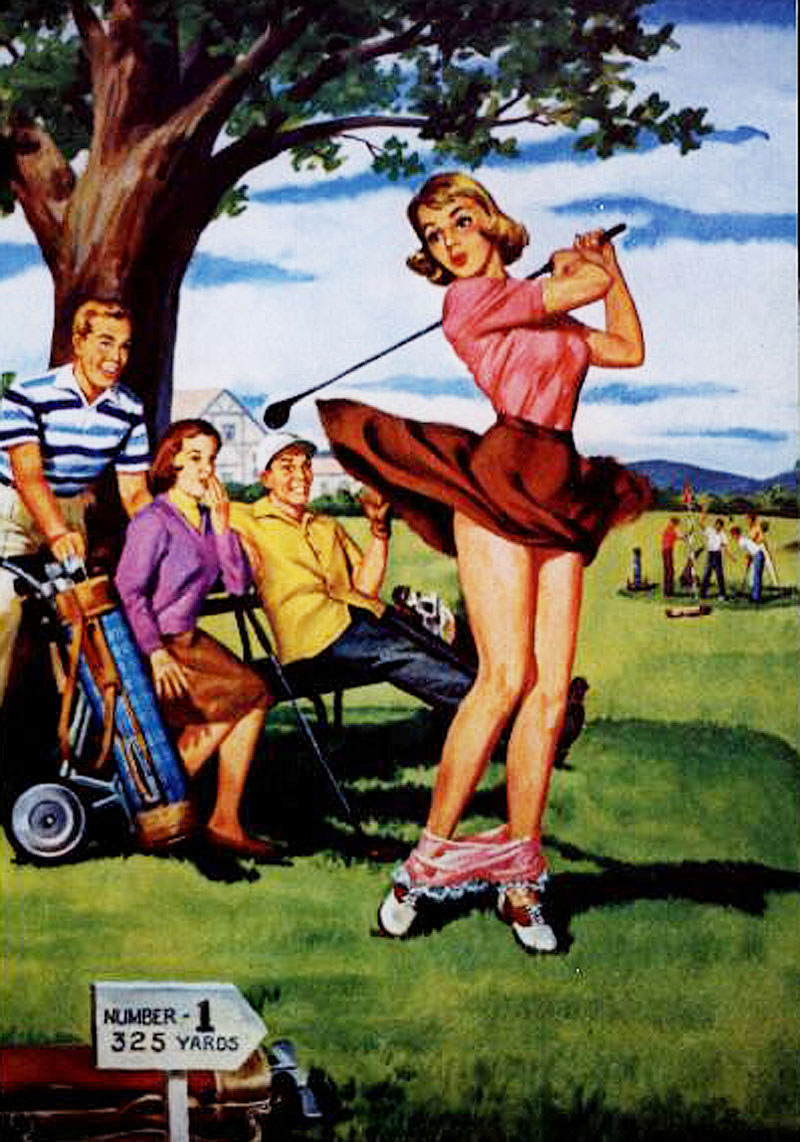 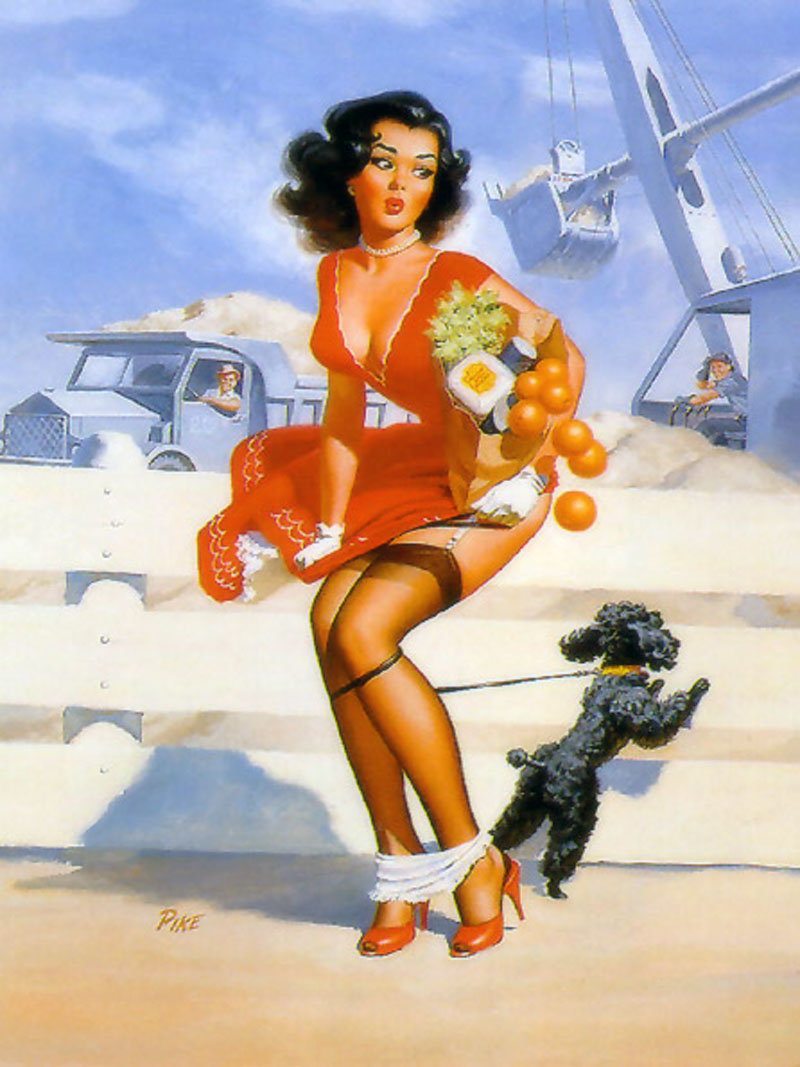 This particular fetish for falling-panties was imitated by other pin-up artists, such as Jay Scott Pike and Al Brulé (works pictured above & below). When the A. Fox calendar company needed an artist to complete the last two years of the Art Frahm “panties-falling-down” series, they turned to Jay Scott Pike. 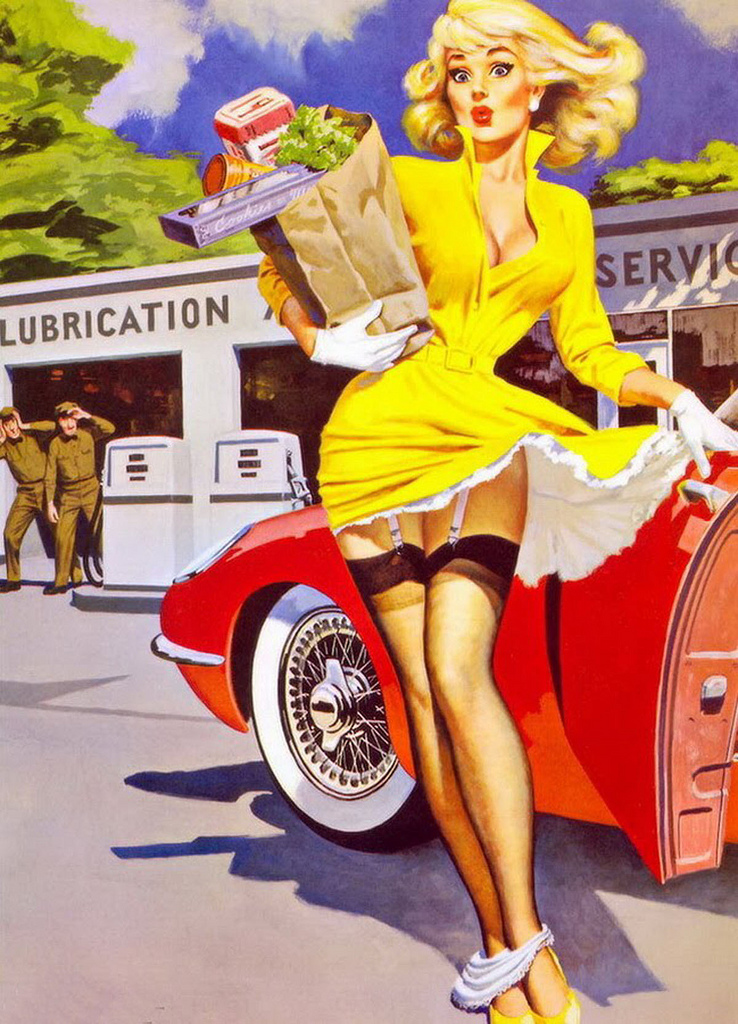 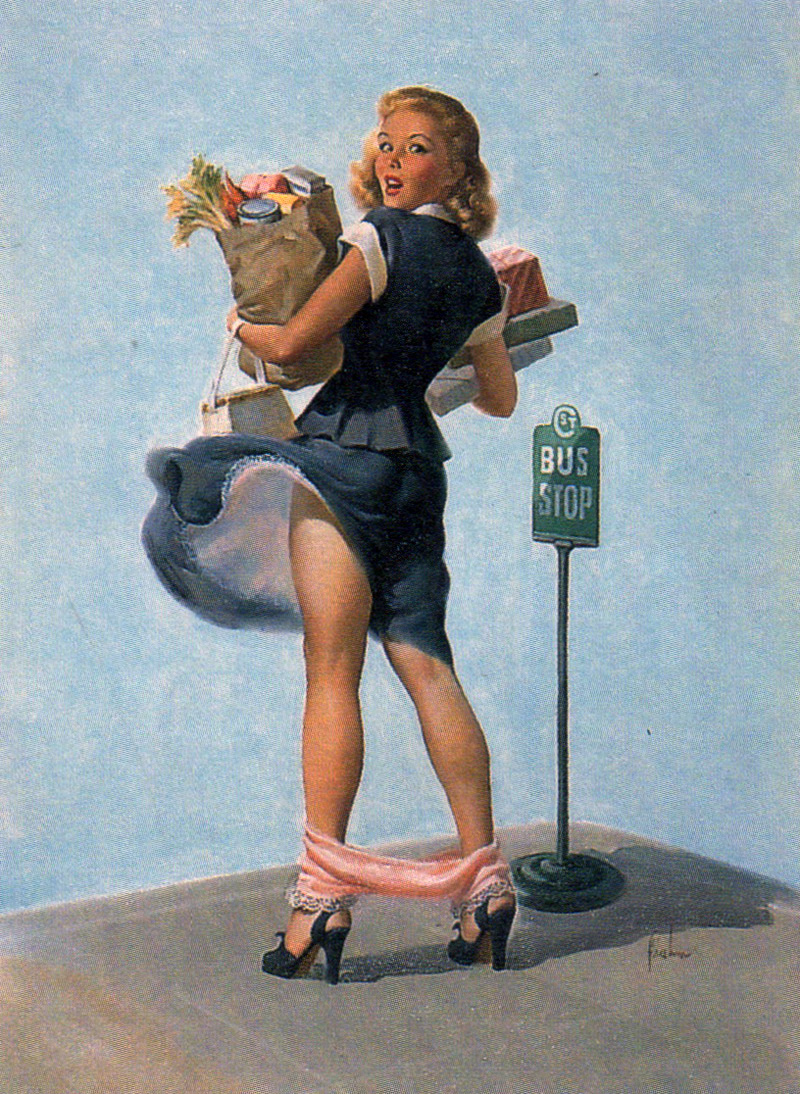 Discover more of Frahm’s “Ladies in Distress” with James Lileks ironic commentary and notes on The Institute of Official Cheer. 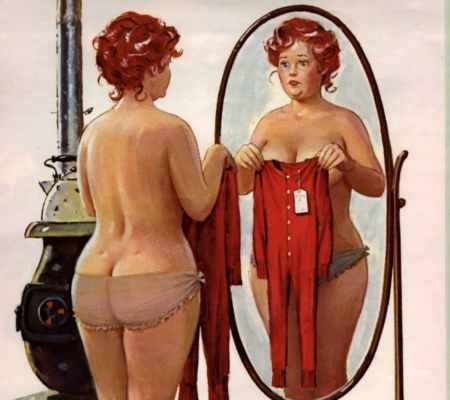 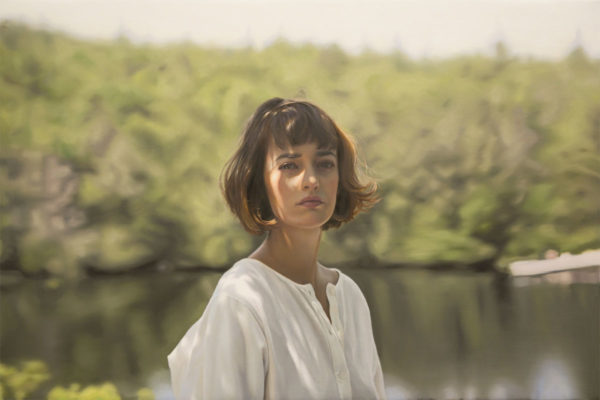 I Refuse to Believe these are Paintings 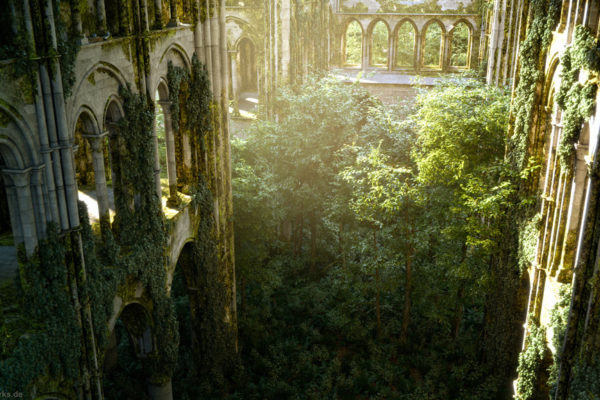 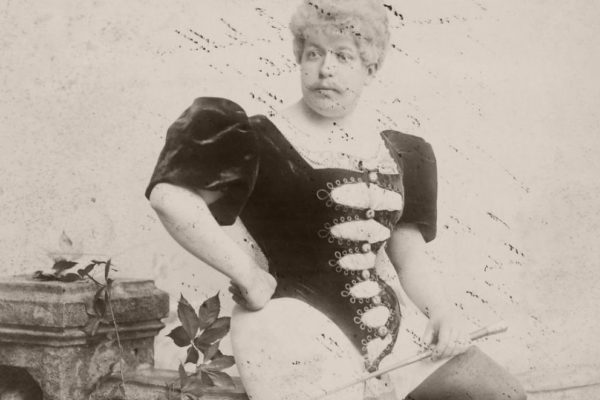 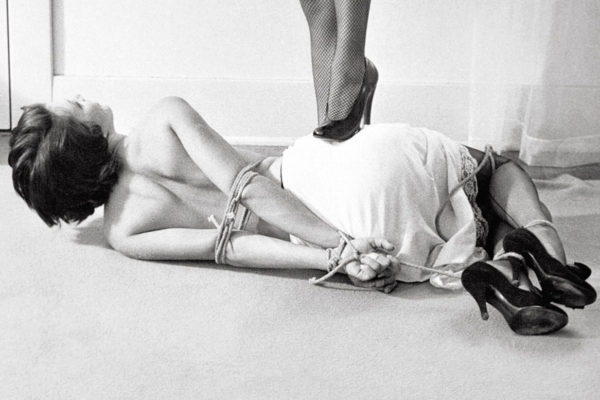 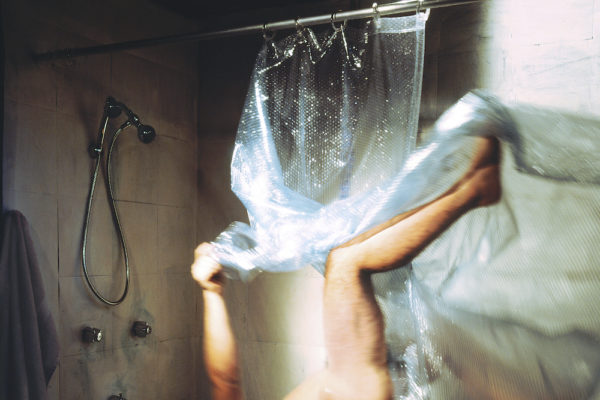 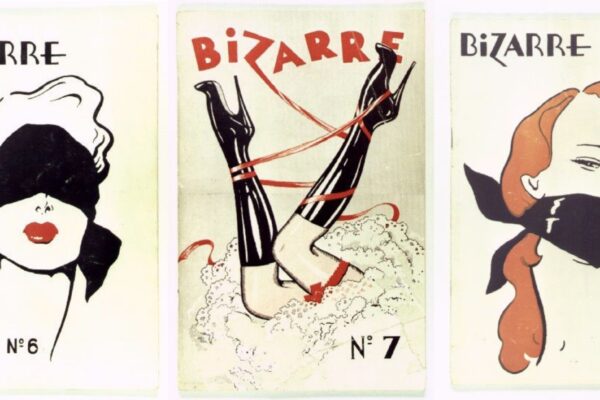 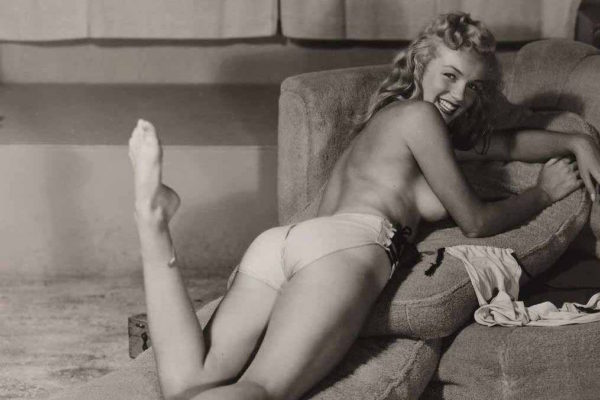 A Brief Compendium of “Are You Seriously Going to Eat That?”
13 Things I Found on the Internet Today (Vol. CLXXXIII) 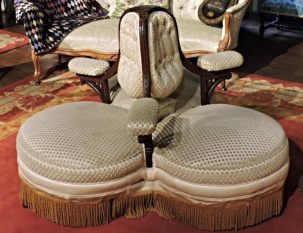