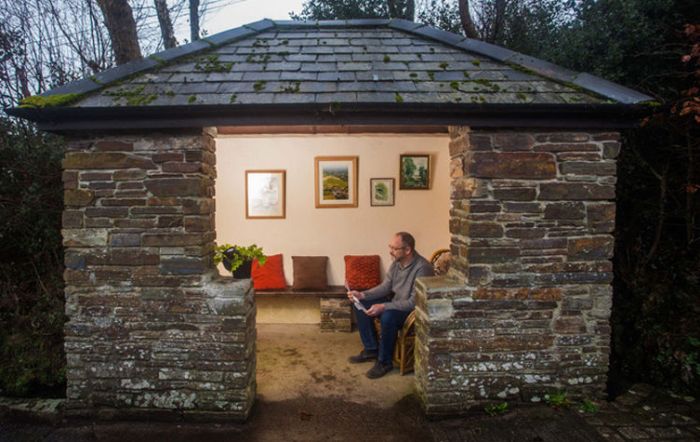 For the residents of a small village in Dartmoor, England, the universally-dreaded morning commute to work is now very much something to look forward to. Last summer, the village of Walkhampton woke up to find their grim and graffiti-covered bus stop had been transformed into a welcoming living room, complete with an armchair, pillows, framed pictures, potted plants and various household ornaments. Not just a one-time make-over, the bus stop has been “re-decorated” several times since and the best part is– no one knows who’s doing it. 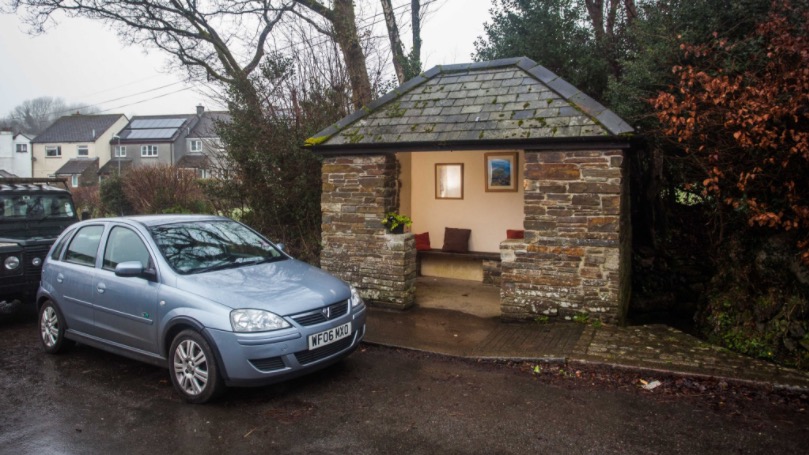 There’s something very doll-house about the bus stop now thanks to the irony of the homely furniture contrasting with the open front wall (it specifically reminds me of this one). Locals were used to their roadside shelter being targeted by vandals; a favourite canvas for spray-painters. 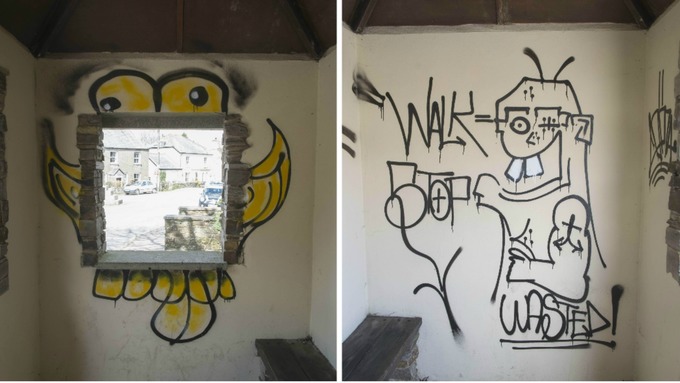 Now it’s a place of sanctuary on the way to somewhere else, and the community has welcomed the change with open arms… 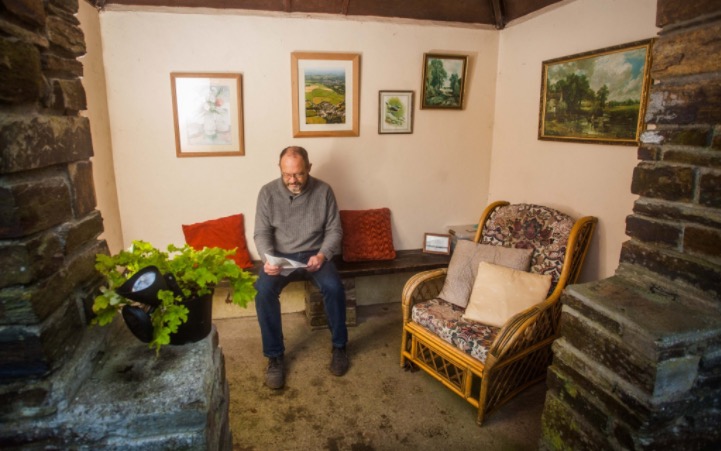 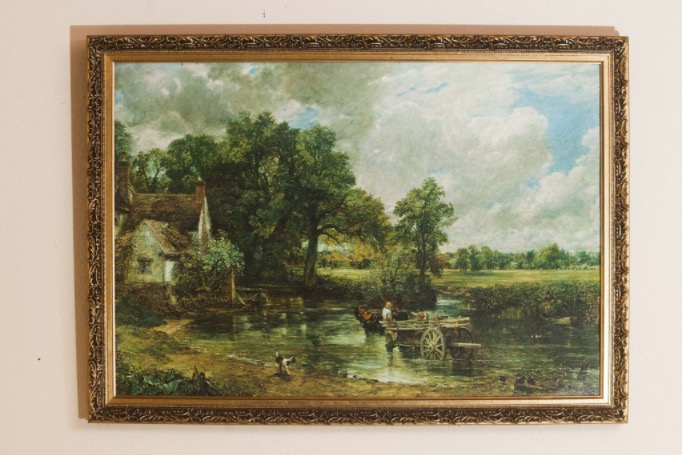 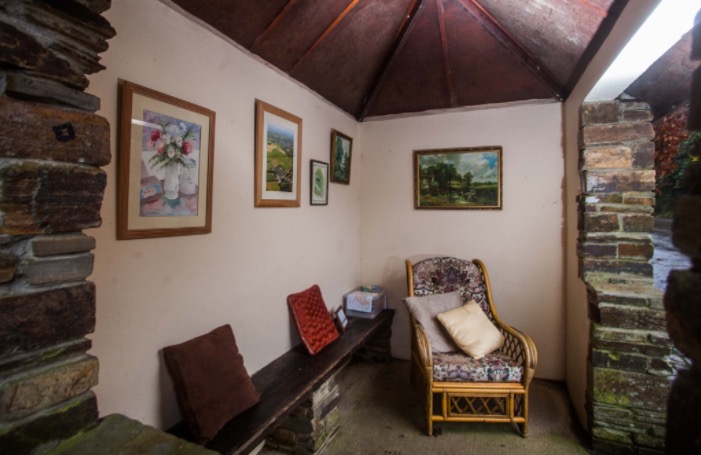 One Walkhampton resident says, “it’s like having our very own Banksy, who likes doing some installation art”. The village with just over 850 residents was put on the map when local and then national media picked up the story, including the BBC. “It’s good to have some good news isn’t it,” said the local reverend Nick Shutt, who believes “it’s brought a real sense of cheer to the community”. 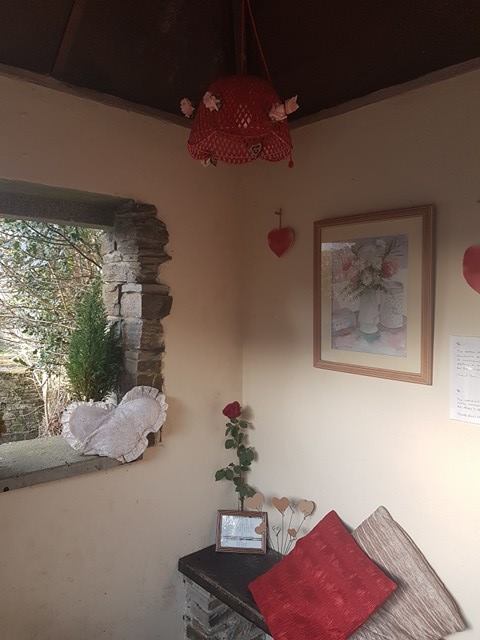 For Halloween, the mysterious interior designer gave the bus stop a Halloween make-over and more recently for Valentine’s Day, the shelter was accessorised with red roses, red hearts, a matching chandelier, candlesticks and a little wicker basket filled with chocolates. 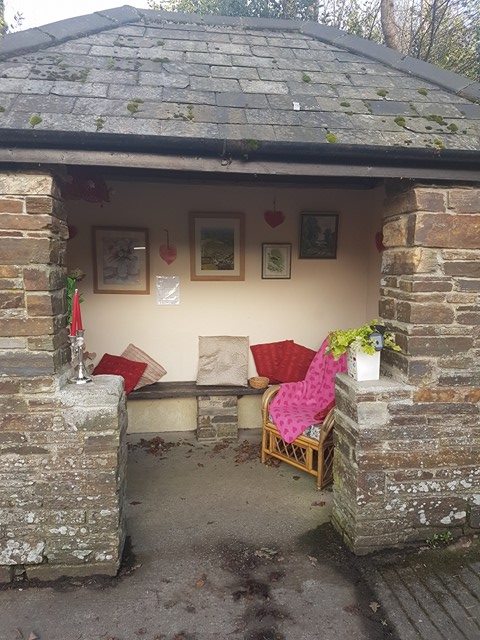 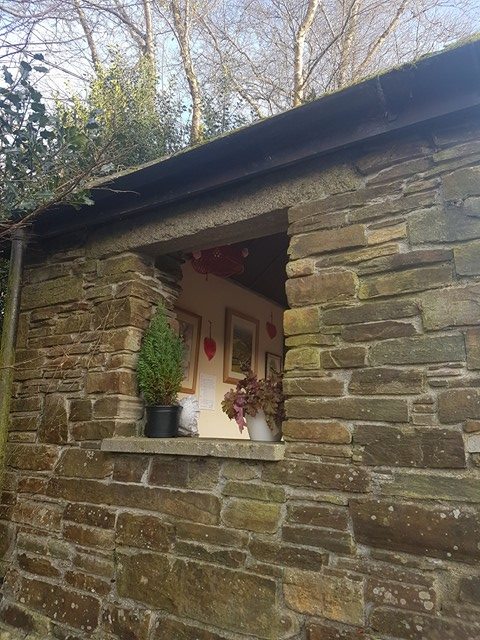 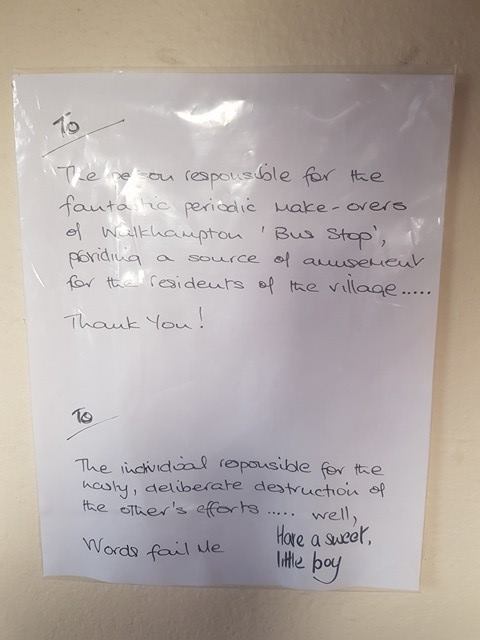 The community have left several Thank You notes to their mystery bus stop beautifier, encouraging he or she to continue their magic. 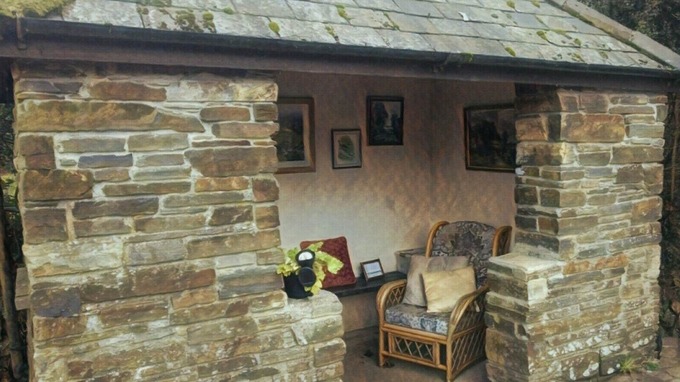 Hopefully this trend can catch on for bus stops all around the world. Wouldn’t that be nice.

And if there are any future guerrilla bus stop designers out there, might I also suggest looking for some inspiration in Soviet Siberia, of all places. 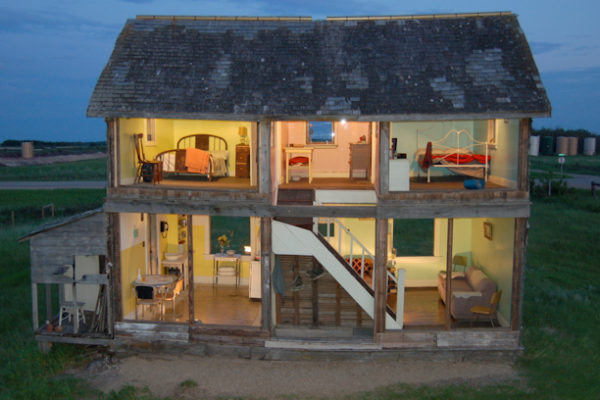 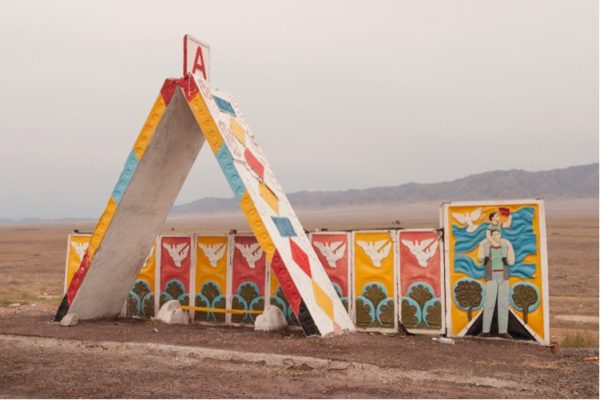 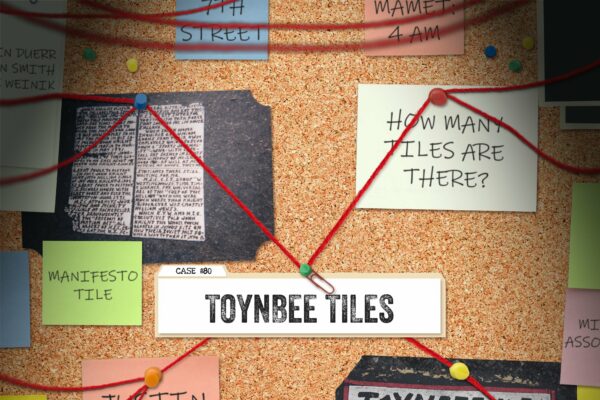 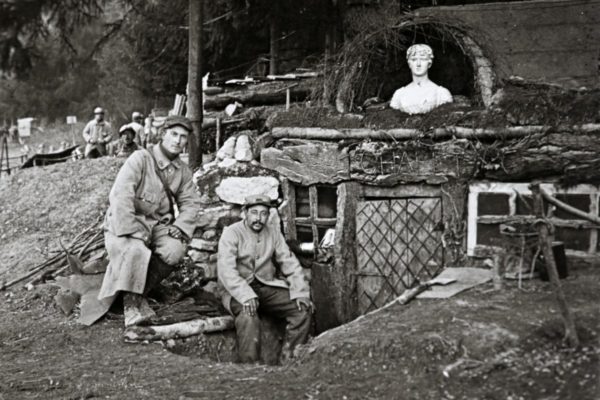 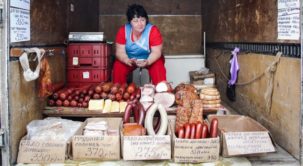