Backstage with the Real “Almost Famous” Queen of Groupies 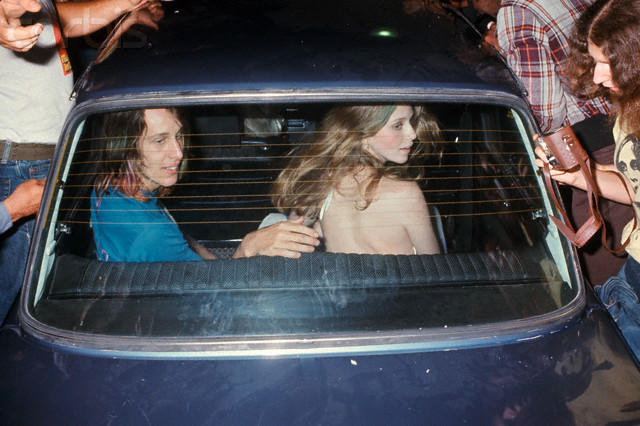 If someone told you their earliest romantic encounters were with David Bowie, Iggy Pop and Mick Jagger, you’d either slap them or roll your eyes. Unless that someone was Bebe Buell, of course. In the 1970s, the American model just so happened to be in the right place, at the right time, well, countless times, solidifying her place in history as the ultimate rock ‘n roll muse (and Liv Tyler’s mother). With her doe-eyes, honey coloured waves, and impeccably groovy fashion sense, it’s no wonder Bebe became the inspiration for Kate Hudson’s cult role in Almost Famous. They were both the ultimate groupies– or muses, as Bebe prefers to say. Women immortalised by their years of being ‘with-the-band’, but who were also so much more… 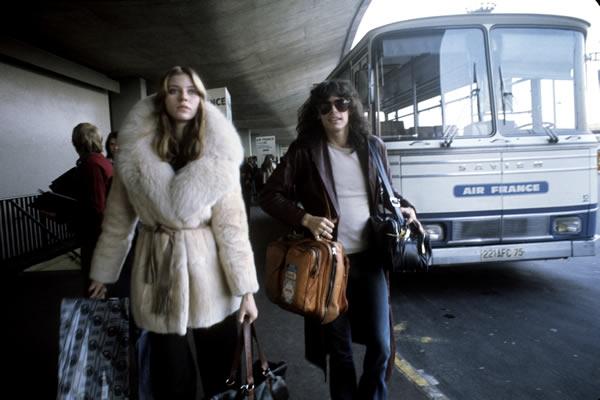 Bebe was raised in Virginia, but actually born in France in 1954. She owes her name to the fact that her mother didn’t know what to call her, so the nurses just referred to her as “Bébé (baby) Buell” and it stuck. “As early as five I’d stick my leg out in a rock stance for family pictures,” Bebe told Rolling Stone in spring 2018, “I was obsessed with Mick Jagger. I’d stand in front of the mirror and copy him, and I’d put a sock down my pants so I had a nice bulge. I just thought it was part of the uniform.” 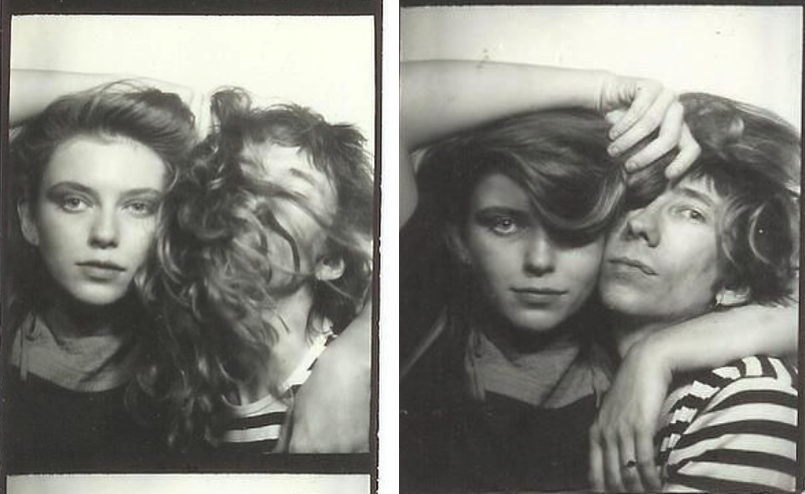 It’s exactly the kind of attitude that helped her break into the cutthroat modelling industry, as well as circles of rock royalty. After high school, she left Virginia for New York City and signed with Ford Models after her mother sent them her senior photo:

After taking some arty nude photos with a photographer friend, they sent the images to Playboy, the only magazine Bebe would allow to publish them. Next things she knew, Bebe was on a plane to the original Chicago mansion to talk money with Mr. Hefner, and suprised him with some pretty unusual business tactics… 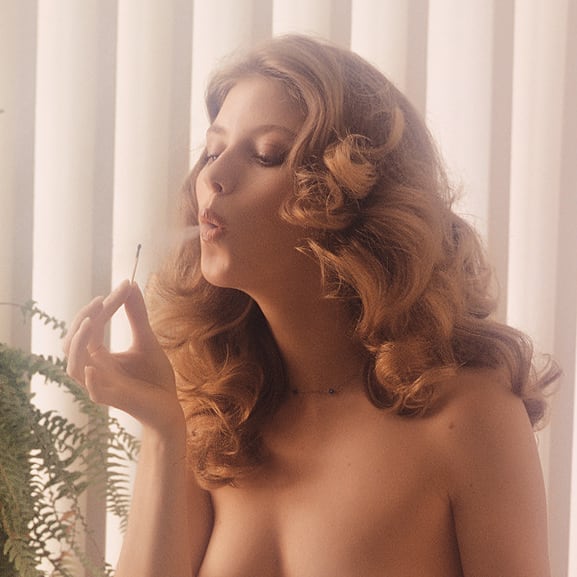 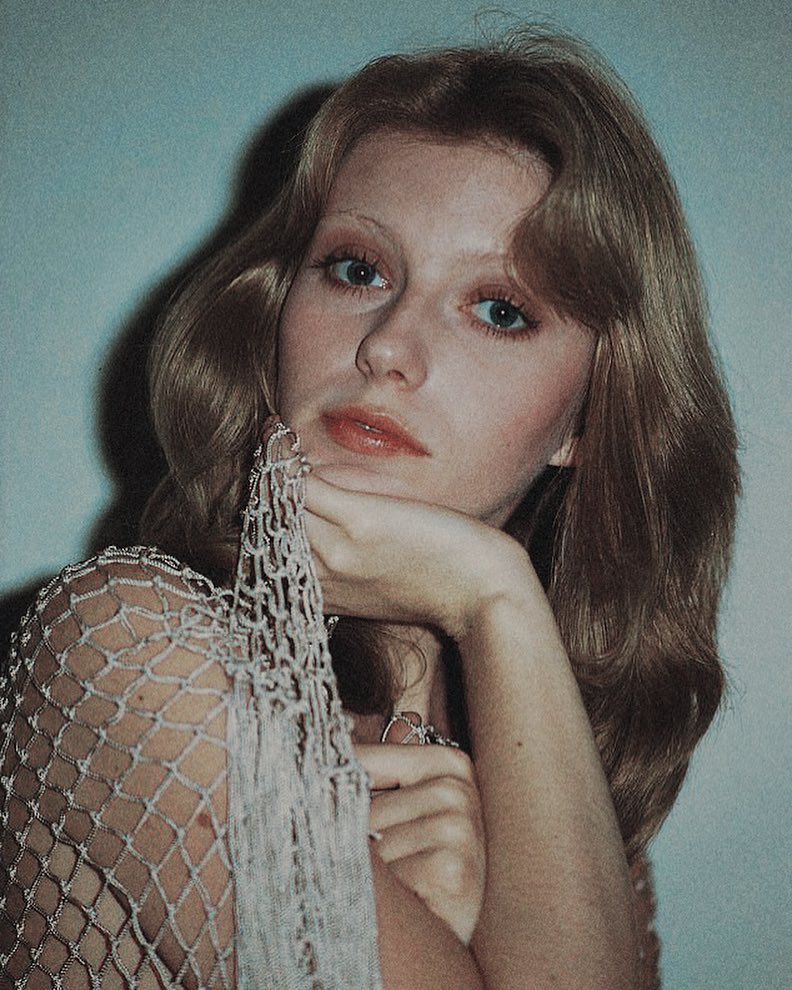 Once her Playboy spread hit the circuit, she got her first taste of big fame. “[I wanted] to be a professional singer [which was why] I came to New York” in 1971, she told Indie Power in 2014, “I was a pretty young girl, so I fell into modelling, and [then] I did Playboy, so then the rock stars came-a-hunting.” And boy, did they. The Rolling Stones, Led Zeppelin, Aerosmith, Elvis Costello, Rod Stewart– the list goes on… 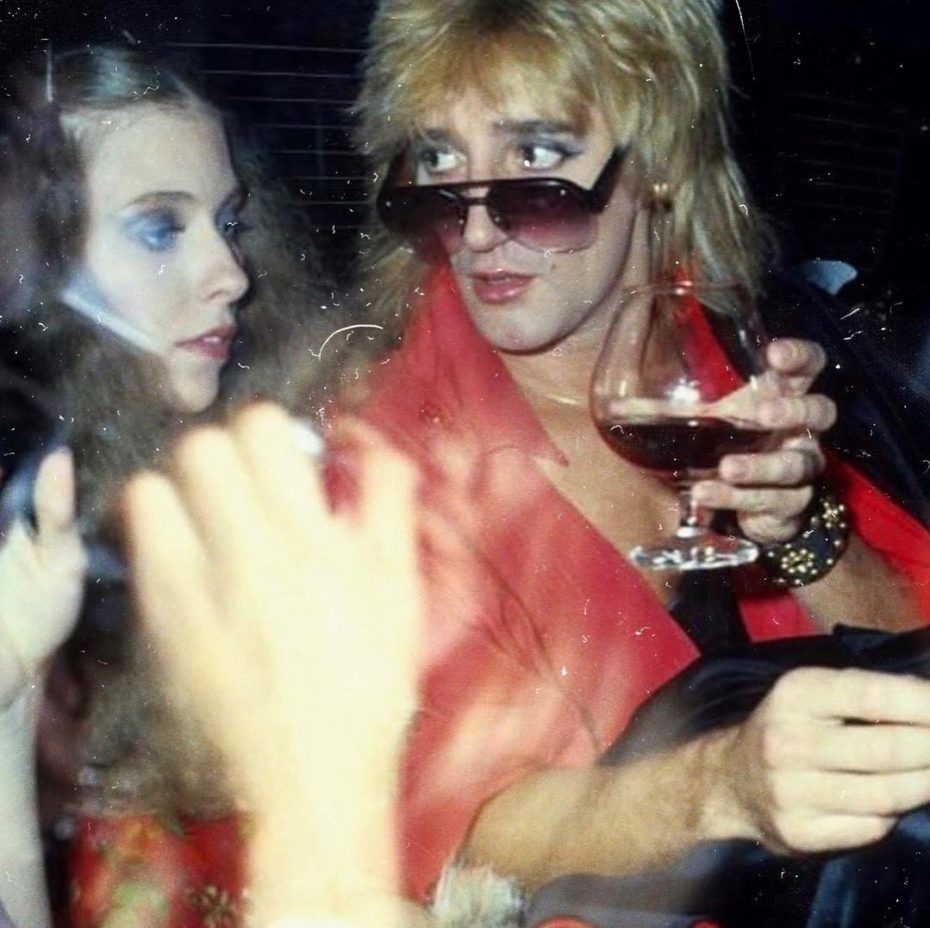 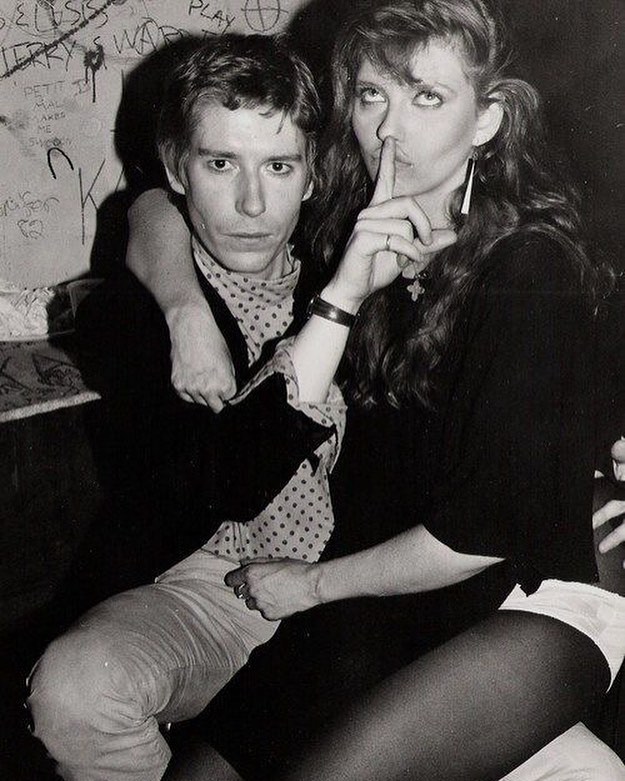 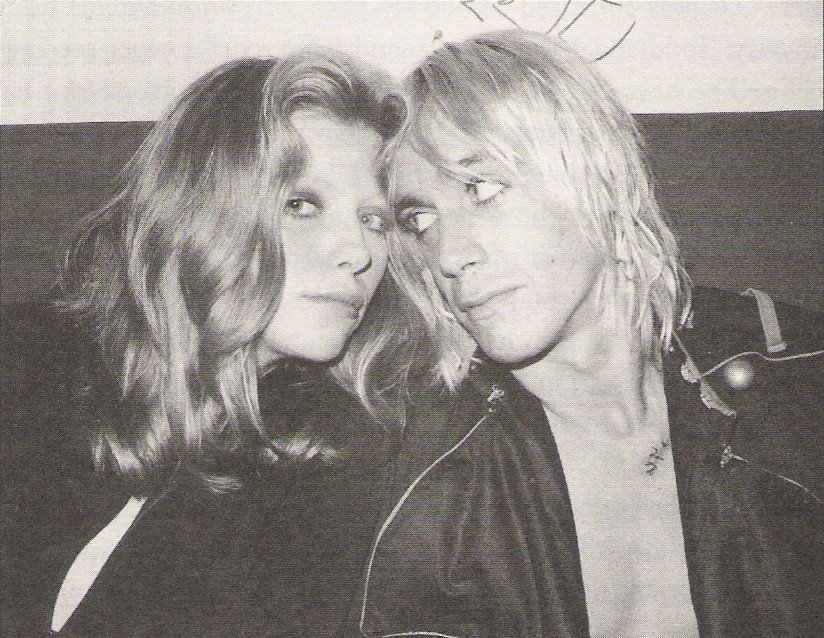 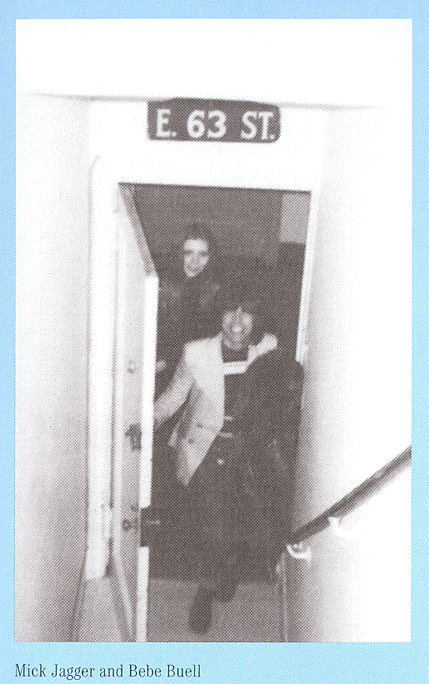 Photo by John Lennon via Bebebuell.org

One night in 1974, recalls Bebe in the 2016 travelogue show Routes of Rock, she was abandoned by musician Tod Rundgren at the door of LA’s Continental Hyatt House. No purse, no wallet. Just the rocker’s South American raccoon. “Some exotic animal he’d picked up on the road,” she says. Luckily she ran into Levon Helm, who slipped her $100 to pay for another night at the hotel. Then, just moments later, Bebe bumped into Led Zeppelin’s Jimmy Page. “I was sobbing [in the elevator],” she said, “He had seen me one other time in New York City. Led Zeppelin was in town because they were starting their own label and were having a very big party.” So off she went to the Beverly Hills Hotel.”That was also the night I met Graucho Marx,” she cooly adds. She flew back to NYC with Jimmy, who bought the raccoon a first class ticket so it wouldn’t have to ride in storage.” Just another day in the life of Bebe. “Take it from me,” she finishes, “You never know what will happen– or who you’ll meet. And that’s what rock ‘n roll is all about.” 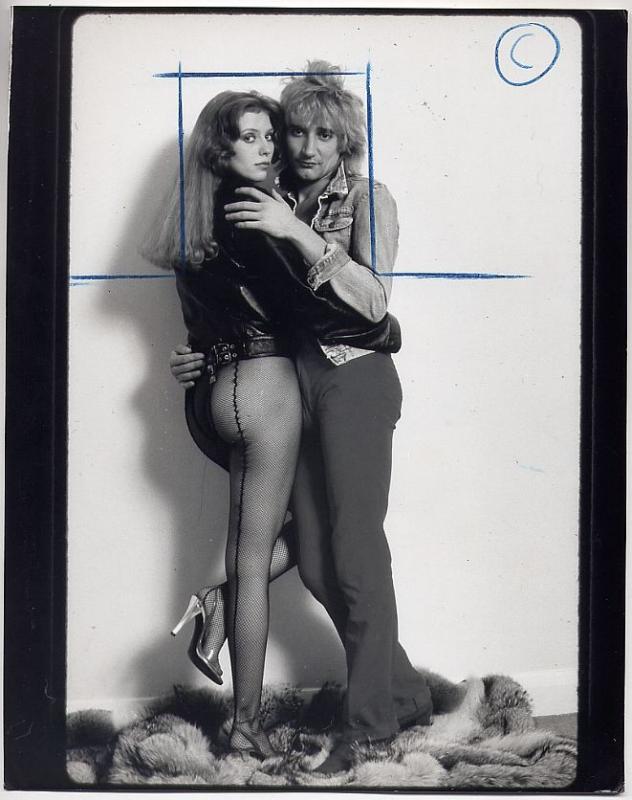 Then, there are those who considered Bebe to be simply obsessive. When she was interested in Elvis Costello, for example, some sat actually went so far as to “tally up” the chances of him being at a location. It’s hard to say exactly what the note reveals about Bebe without her own commentary, but a reader has told us that the “tallied” notes below are just I Ching trigrams. Either way, it certainly shows a determined woman, and for what it’s worth, in her autobiography Bebe declared him to have been the one true love of her life: 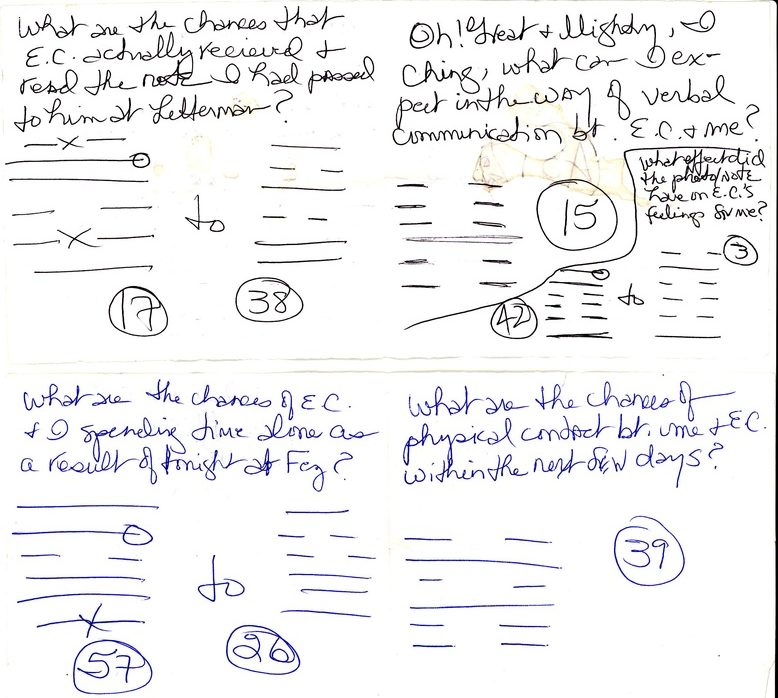 One of the biggest misconceptions about Bebe was that she only surrounded herself with male rockstars. In reality, she was just as dazzled by women like Patti Smith, who became one of her major songwriting influences when she finally launched her own music career in the 1980s. “She and I hit it off like a house on fire. We’d show each other our poems,” she told Rolling Stone, ” The chick was brilliant. She was my first strong female influence…what would come out of her mouth was like heaven drenched in chocolate.” 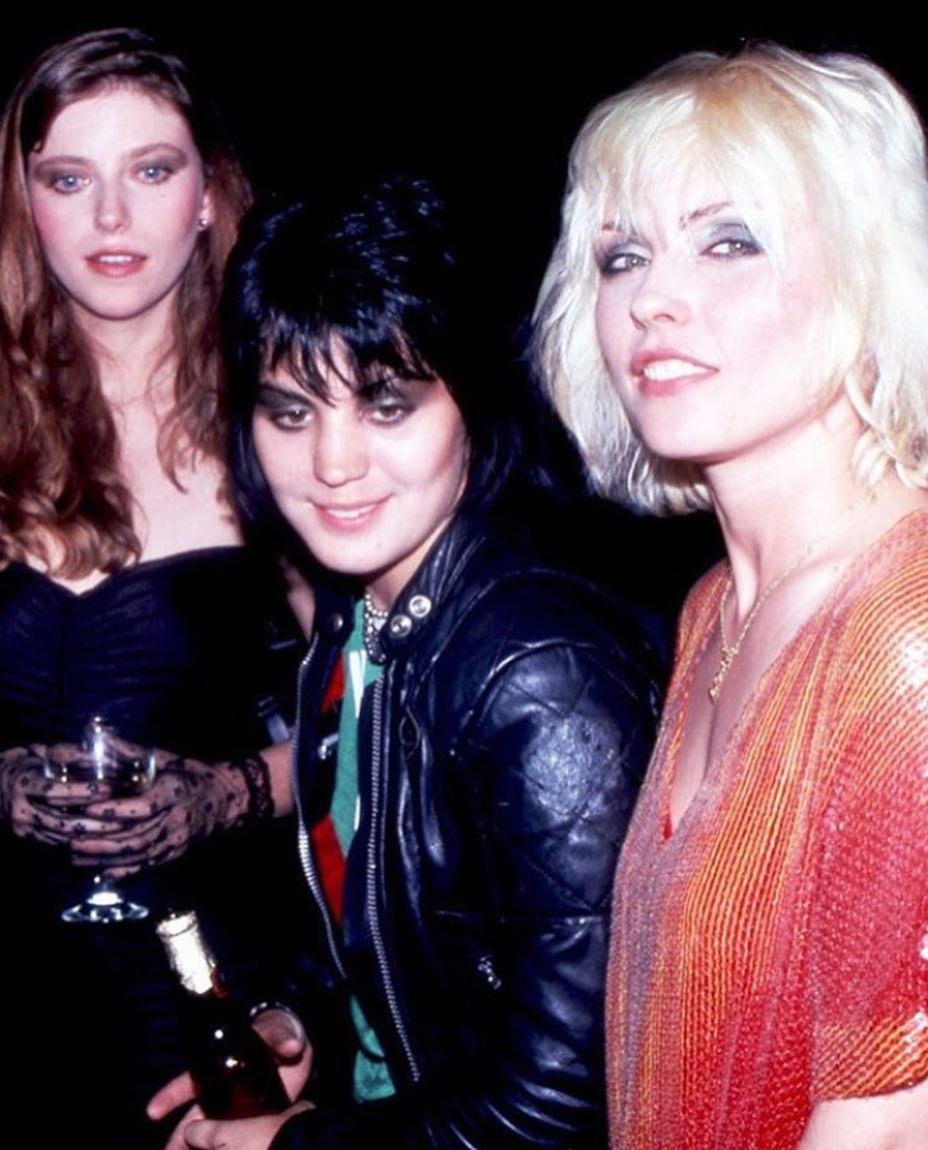 From Smith, to Debbie Harry, to Joan Jett, there was a whole arsenal of women that inspired Bebe to stand up for her place in music. “I’ve been battling labels and name-calling and shaming for a long time,” she told Rolling Stone, “When you’re a successful model and then you do Playboy, and then turn around and say you’re more of a singer than a model, people roll their eyes.” 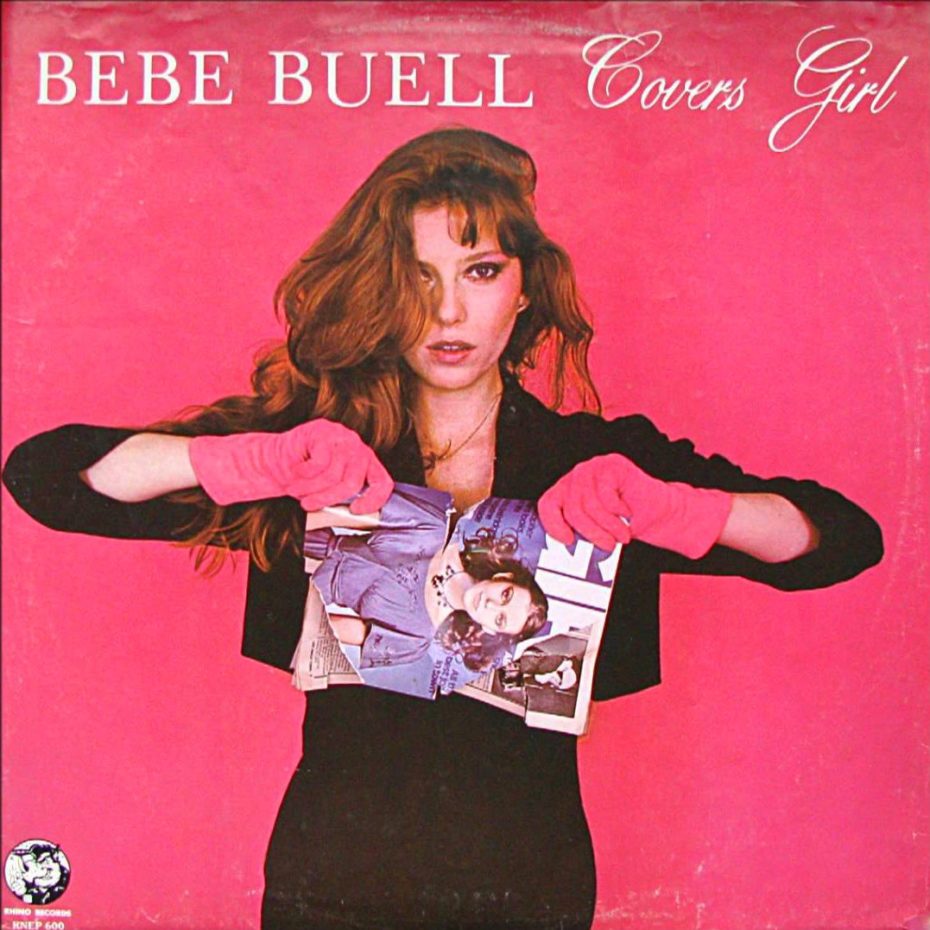 In truth, music had been at the heart of her own family for years. Her grandfather played the banjo, her mother the comb, and Bebe would beg to play the tambourine during mass as a kid. In 1981, her debut album saw her ripping a magazine with her face on it– a loud metaphor for folks to take notice outside of her modelling career– and her 2018 song, “By a Woman” became a ballad about the stereotypes she’s overcome, and the women who’ve made her stronger. As it turns out, she became a pretty great pop ballad songwriter.

“Some people like drugs. I’m a vinyl junkie,” she said on The Joe Franklin Show in 1981, where she was promoting the release of her first album. “From the second I saw the Beatles on Ed Sullivan [I loved rock ‘n roll],” she said, calling it an addiction; “I think it went beyond infatuation. I think I was determined to know [rock stars], be part of the persona and the aura. I wouldn’t say I ‘turned’ to music,” she says when Franklin starts writing-off her interest in getting behind a microphone, “That’s a label that gets put on people a lot. They say you ‘turned’. Music was always my top priority, but a girl has to earn a living.”

Of all sparkly personalities she rubbed shoulders with, however, the musician Tod Rundgren stuck. They were a couple from 1972-79, even though both parties had their brief dalliances: 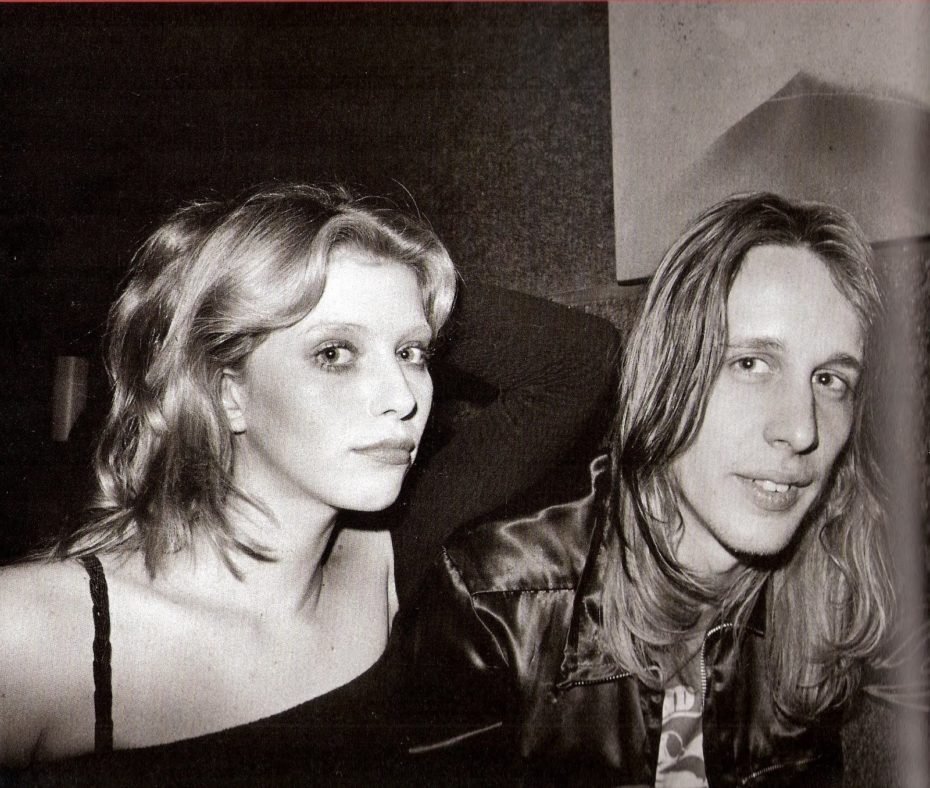 Yet, “at the end of the day,” she told Franklin about her philosophy on love, “relationships are just chemistry and fate.” Which explains her whirlwind romance with Aerosmith’s Steven Tyler one summer. “We had, like, that animal attraction,” she told ABC News in 2018, “I guess we were meant to have a child together.” 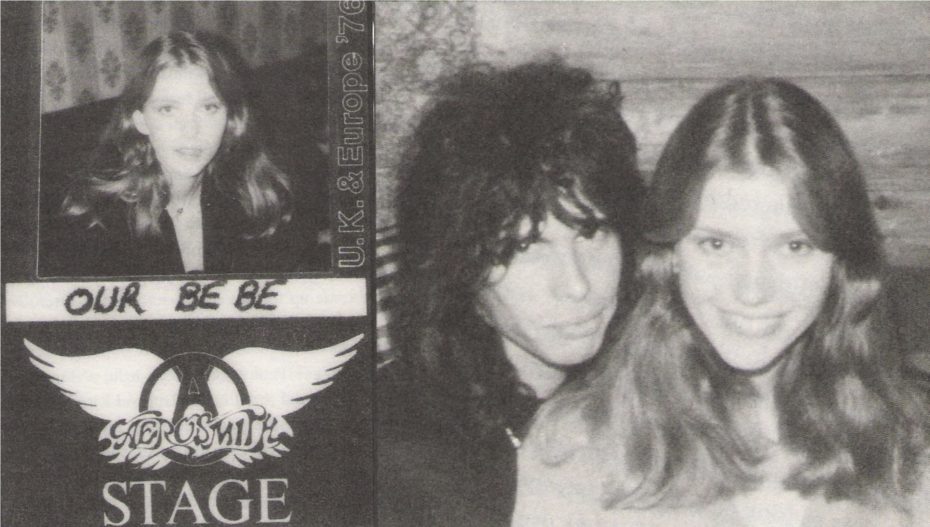 So they did. But Bebe and Steven agreed not to tell their daughter– who would grow up to be actor Liv Tyler– about who her father was until she older. 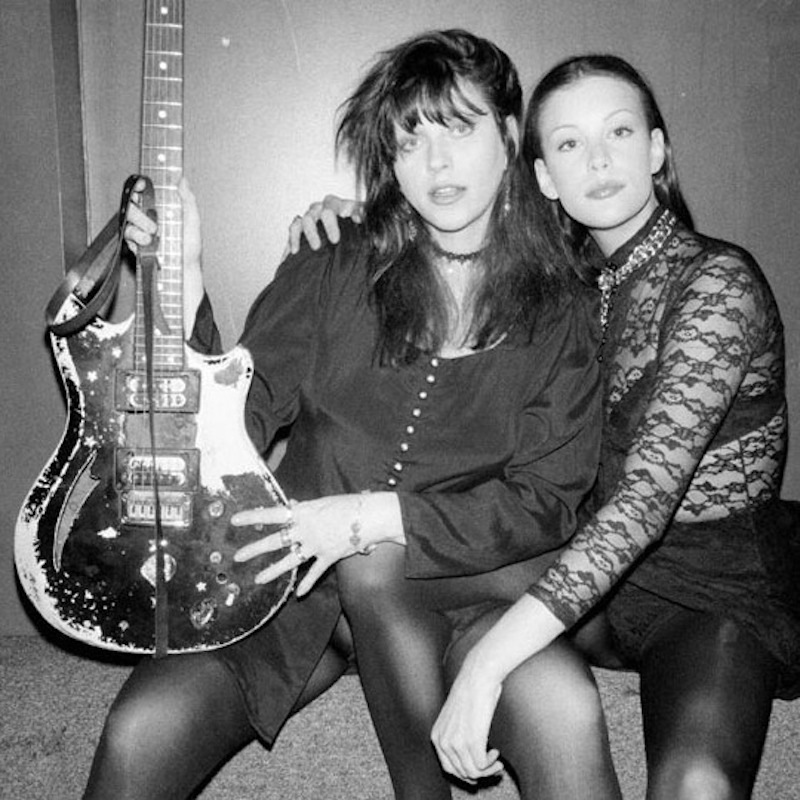 “My mother was very young when she had me,” Liv said on The Jonathan Ross Show in 2015, “I figured out [it was Steven] because he looked just like me. And you know people only ever talk about Steven, but [Tod Rundgren] has been such a wonderful influence in my life.” 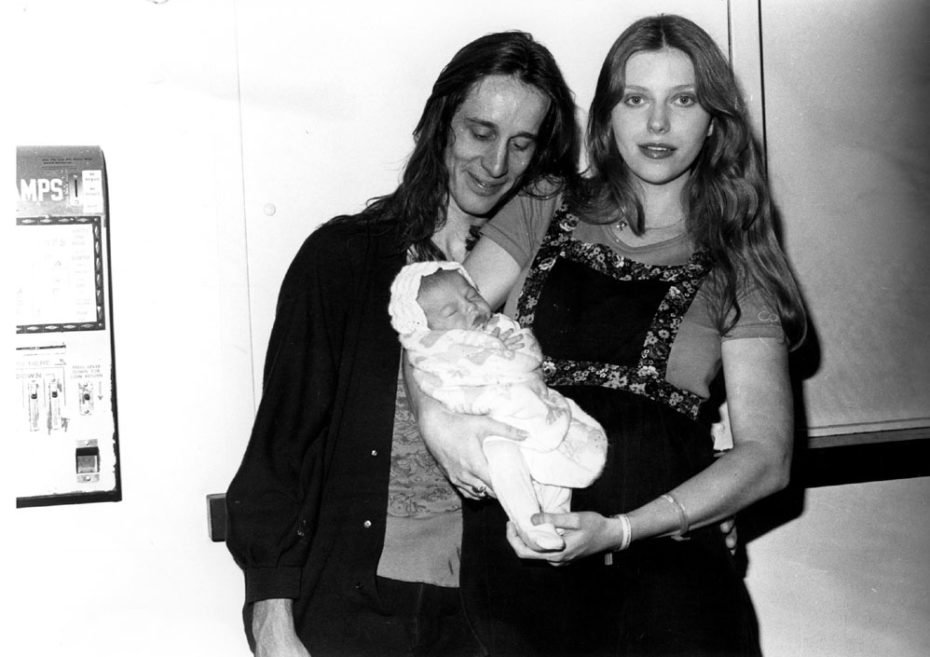 On the surface, Bebe’s life is a trophy rooms of rock ‘n roll’s best gossip. Who else had Mick Jagger hollering their name, Romeo & Juliet style, from the street at 4:00am? But hyper-publicized relationships aside, Bebe’s own musical aspirations in the 1970s reveal the struggles women endure to be taken seriously in the music industry. When Bebe finally saw Almost Famous, she said she “cried” because, as she told ABC, “he finally painted a positive portrait of the woman that’s not holding the guitar.” In 2013, she moved to Nashville to continue her music career, and her latest album, Baring It All: Greetings From Nashbury Park came out spring 2018.

Read Bebe’s autobiography to learn about her story, in her own words. 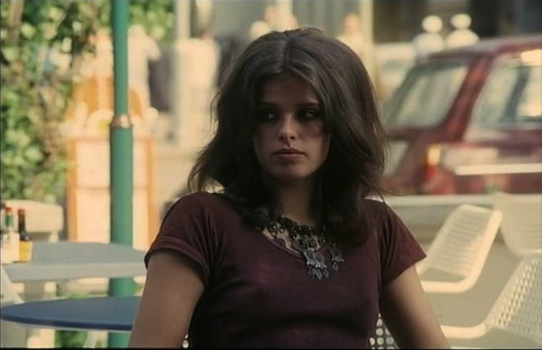 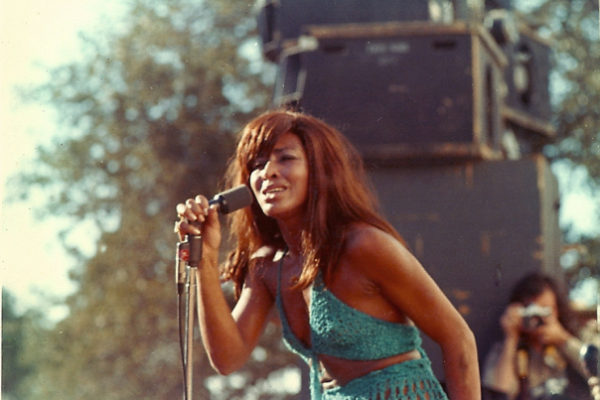 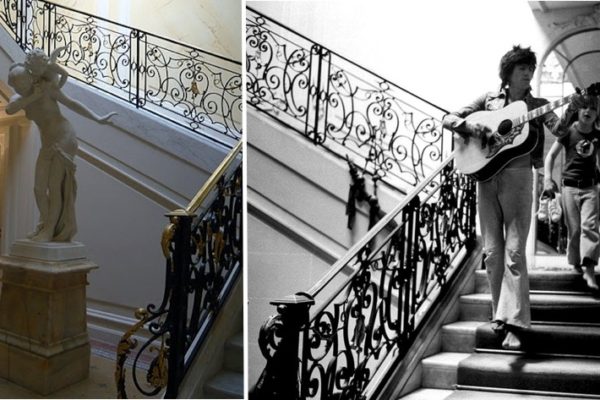 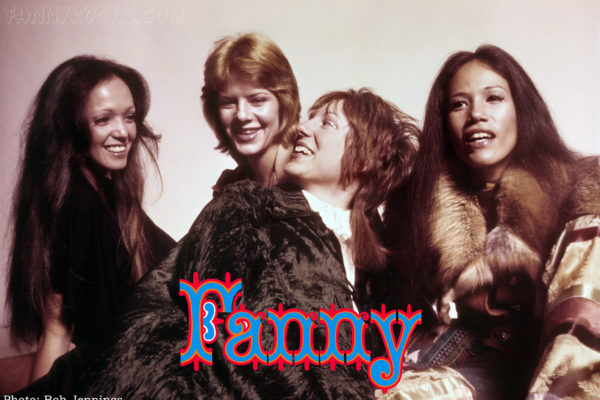 The Revolutionary '70s Girl Group That Swept Bowie off His Feet 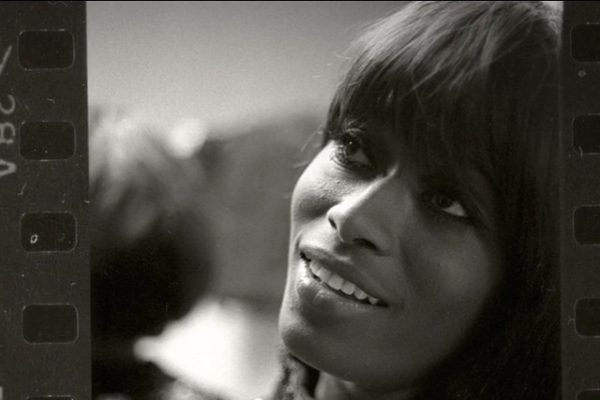 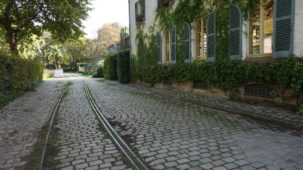