We held our breath as its story unfolded. That of a curious, half-moon shaped castle unlike any other we’d seen before, tucked away in the quiet warmth of Bordeaux’s countryside. Something in our gut told us that this castle, of the many we’ve fallen for, was to be different from the rest – and we were right. The “Château du Bouilh” was tailor made for the last King of France, and has been left virtually untouched since the country’s Revolution, from dusty armchairs to the cobwebbed curtains. It’s been the keeper of the most intimate secrets of Marie Antoinette’s court, with roots going back even to the Middle Ages. But it’s stayed the sands of time – and isolation – long enough. The entire château, interiors included, is for sale with a €7,500,000 price tag. Naturally, we investigated its rich past, present, and the hopes for its future Lord or Lady. After all, this isn’t just a castle. It’s a time machine…

“The main logis has not been lived in for nearly a century,” says Linda Matthew, the agent representing the home for Leggett who gave us the full dossier of its storied past. The most magical thing about the castle is that it doesn’t just consist of one grand building. It feels like a veritable Versailles, a compound of structures and follies that, in some cases, span back thousands of years.

There are 30 bedrooms, numerous grand salons, a library, vaulted ceilings and vineyard; a neo-gothic chapel, water tower, and seven hectares of caves for stashing your treasures (aka wine).

The entirety of the lot is a whopping 700,000 m² – to give you a bit of perspective on that, your average studio apartment in Paris is about 35 m².

The noble house of Bouilh was owned by its first family since the 1300s and eventually, ownership shifted to another aristocratic family in the 17th century – one that was also in extremely high standing. The many titles of the maître (master) of the château gives a good idea of the clout they carried across France: Monsieur le Count of Paulin, Marquis of La Roche-Chalais, Marquis of Cenevières, Count of Chastelard, Vicomte of Tesson and of Ambleville, Vicomte of Calvignac, Baron of Cubzac and of Cubzaguais, Lord of Formarville, and lieutenant-général of the Kings armies in 1781. But we’ll just call him Jean-Frédéric.

“The chateau has been in two families since its construction by Jean-Frédéric de La Tour du Pin, [and] owned the estate from 1524,” said Linda. “The reason for the sale,” she says, “is that the current family cannot afford to run and maintain the château.” No kidding.

“The Château du Bouilh [also] has an ‘escape or keep’ which is all that is left of the medieval part of the chateau,” says Linda. This last piece of the old manor would make a charming cottage today; it consists of an upper and lower level, four bedrooms, and a kitchen.

The elegant crescent-shaped castle you see today was built mostly in the 18th century – and funnily enough, it all started with a one comment from the peanut gallery. One day, Jean-Frédéric invited his pal King Louis XVI to visit him in the south of France. “But there’s no château to welcome me!” he said of his friend’s then modest home. So Jean-Frédéric started working with a hip architect on plans that would blow his socks off.

Everything was right on track for the Neoclassical castle until the Revolution got under way. In fact, there should be another house to bookend the demi-moon gallery, but building came to a screeching halt during the trial of Marie-Antoinette, Linda tells us, when Jean-Frédéric was arrested as a suspect in assisting the monarch. Even before the jury, he insisted on calling Marie Antoinette “Your Majesty.” Sadly, it cost him his powdered little head in 1794.

Jean-Frédéric is but one amongst the many players in the castle’s saga, which was partially declared a historic monument and operated as a museum from the 1940s into 2014. There are stories from the castle linked to Versailles’ infamous mistress, Duchesse du Berry, who hid there for a time and even has a bedroom named after her. King’s mistresses aside, the château has been the set of numerous films Cousine Bette (1996), Monsieur Léon (2006) and La Maison des Rocheville (2010), welcoming actors like Jessica Lang and Hugh Laurie to wander its halls.

But we fell in love with the story of a former owner named Lucy de La Tour du Pin. She was English, but “grew up in France,” says Linda. “She was a friend of Marie Antoinette, surrounded by all the riches of the aristocracy.” She was known to be simple, but courageous.

Her father, Arthur Dillon, fought beside La Fayette in the American War for Independence. Lucy had one of the most intimate positions of all Marie-Antoinette’s attendants, and her best-selling memoirs, Journal d’une femme de 50 ans (Diary of a 50-year-old Woman) endures as a precious historical relic of a then drastically changing France.

It’s the little things she mentions that haunt you, like the fact that she had to receive notes from her husband-in-hiding inside a loaf of bread, or that she actually fled to America for a hot second before returning to Bouilh. How strange it is to think of that improbable transition – in the court of Versailles one day, and in Albany, New York beside Native Americans the next.

Lucy’s last relative sold off the family property in 1835 to a sharp politician, and Governor of the tropical French commune island Réunion, Louis Henri Hubert Delisle. Today, it’s the same family who are looking to sell.

“The left-hand side of the hemicycle is currently occupied by [Delisle ancestor] Elisabeth de Feuilhade de Chauvin,” Linda tells us. “One brother lives in a house near the entrance to the chateau, and the other in the farmhouse.” So if you have a chunk of change to spare and a hankering for a new passion project, we hope you might be the one to consider taking Château de Bouilh under your wing. It’s a once in a lifetime (or three) opportunity to join the fabric of one of history’s greatest stories. And invite us round for tea if all goes to plan.

You can learn more about the sale castle through Patrice Besse here.

Browse more chateaux currently for sale in France, here (for all budgets)! 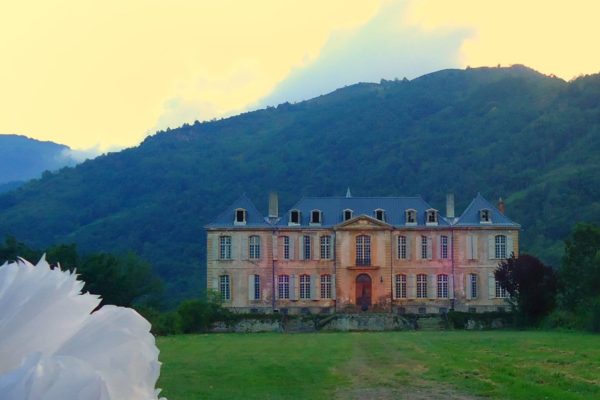 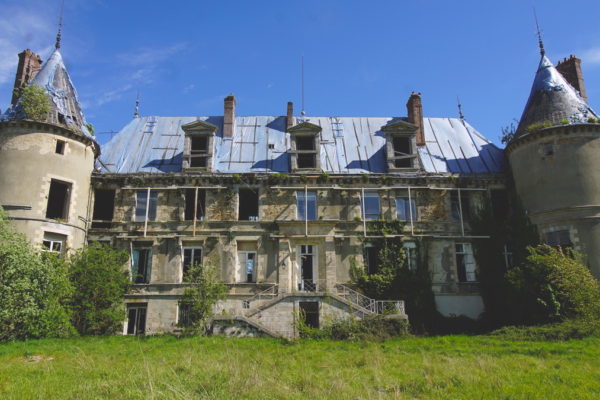 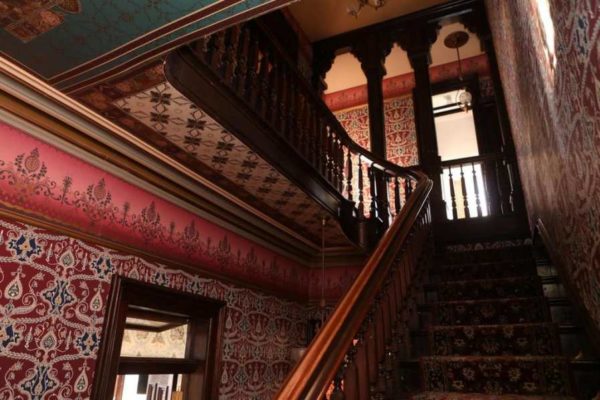 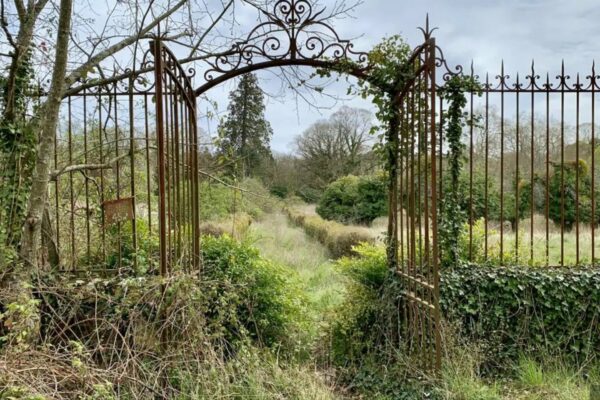 Mother & Daughter Buy an Abandoned Chateau, Invite You to Stay as they Restore It 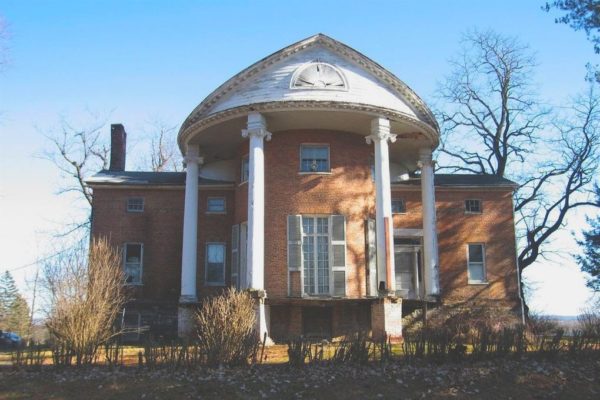 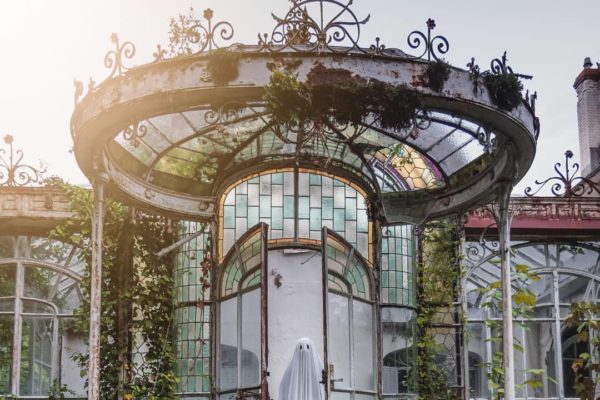 The European Castles, Ruins and Unlikely Homes Opening their Gates to Refugees

Before Disneyland Paris, there was Human Roulette and Drag Balls at the Lost "Magic City" 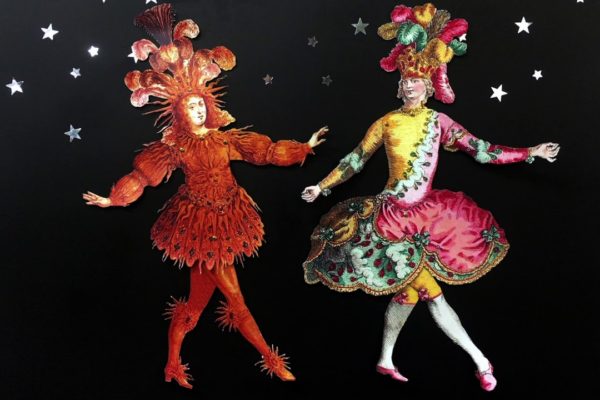 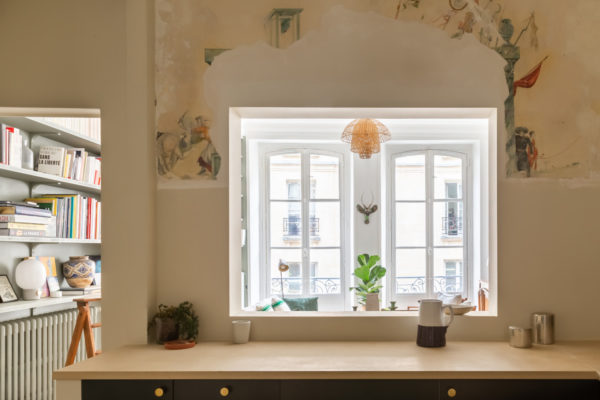 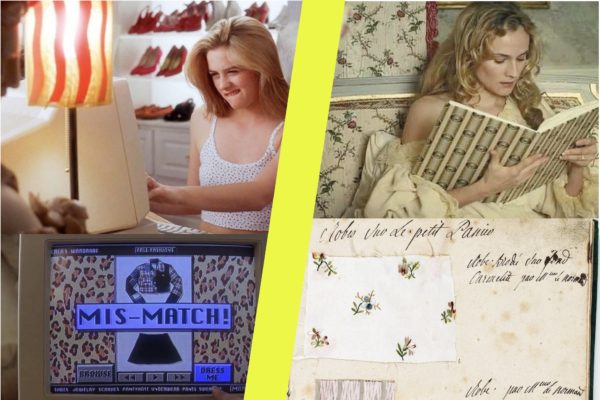 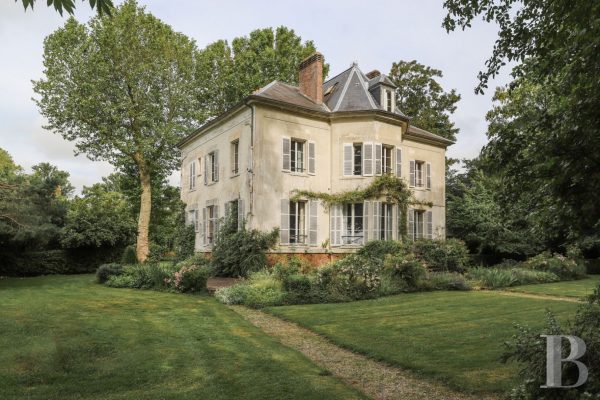 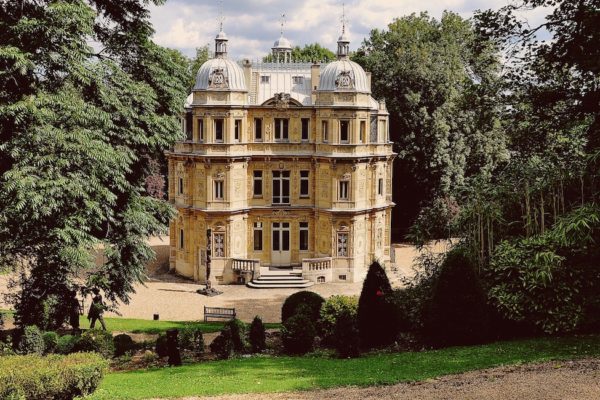 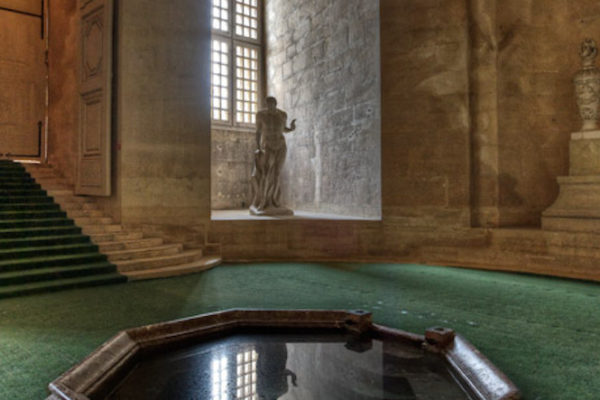 How One Woman’s Lock of Hair could Become the World’s Most Precious Diamond
13 Things I Found on the Internet Today (Vol. CCLXXII) 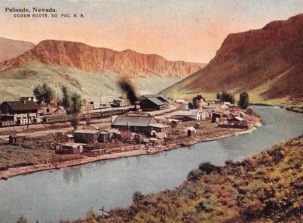 Once Upon a Time in a Real “Westworld” Hoax Town