Here at MessyNessyChic, we love digging up long lost illustrations of the past to inject some creativity into our day. From the forgotten artwork found in lost Art Nouveau and Art Deco magazines to the drawing boards of the Ballets Russes; Heath Robinson’s peculiar art of over-complicating things to Errol Le Cain’s fantasy illustrations or André Édouard Marty’s 1920s dreamgirls. Today, we’re digging up the work of Aubrey Beardsley, whose influence is almost undeniable in the work of America’s King of Macabre, Edward Gorey. During his short life he produced a body of work that was influential enough to shake up the Victorian society in which he lived, mixing art nouveau flamboyance with sexually charged imagery inspired by ancient Japanese erotica. He had the bravery to go against the grain and create dangerously salacious illustrations for none other than Oscar Wilde. Today, we’re discovering the most controversial artist of the Art Nouveau era…

Aubrey Beardsley was tall and slim, with chisled facial features that surrounded an almost permenant smile. His signature short and trim curtain cut hair was always neatly combed through, at a time when bohemians were known to sport messy hair. He carried with him an undeniable intelligence of a thoroughly well-read Englishman, and he wasn’t shy about his talents. As a child he was a musical prodigy, as an adolescent he began to bury himself in intelligent books, and as he grew older, he found his tour de force in exquisite draftsmanship.

He paid no mind to the rules of etiquette according to Victorian society, and may have dabbled in cross-dressing on occasion. Throughout his life, he was plagued by illnesses. Even at the age of nine, he was too sick to go to school for a whole two years, and he didn’t make it to his twenty sixth birthday due to a violent haemorrhage caused by tuberculosis. This close proximity to death gave him a unique joie de vivre, and he almost lived every moment as if it were his last.

In London, Aubrey met with Edward Burne-Jones, one of the most famous Pre-Raphaelite artists of the day, who revived the art of stained glass windows and worked closely with William Morris.

“He took us into the studio, showing and explaining everything. His kindness was wonderful as we were perfect strangers he not even knowing our names . . . I can tell you it was an exciting moment when he first opened my portfolio and looked at my first drawing . . .’”

Edward Burne-Jones was so impressed when he saw Beardsley’s work that he said, “Nature has given you every gift which is necessary to become a great artist. I seldom or never advise anyone to take up art as a profession, but in your case I can do nothing else.” With that advice, Beardsley went on to enrol in evening art classes at the Westminster School of Art and got his first job as an illustrator for a book in 1892.

That same year, he embarked on a trip to Paris, where he was notably inspired by the exciting works of Toulouse-Lautrec, and the fashion for Japanese woodblock prints that proliferated the oeuvres of the avant-garde. In some of his works (see above), we even noticed the influence of seventeenth century Japanese scrolls you may recall, depicting the very strange practice of what we can only describe as “fart competitions“.

Aubrey Beardsley’s works were distinctively monochromatic. This was probably because publishers wanted him to use the cheapest method of reproduction available. “Line block” was a type of woodblock printing, which didn’t allow for the use of a variety of colours, so the skill was all in the lines. The colour scheme, sinuous strokes, and use of otherworldly themes make you imagine the microscopic world of a music score, or the text of an old book. In fact, many of his works even look like the magical, ornate lettering and illustrations in medieval books.

The works that truly made Beardsley popular were his illustrations for Oscar Wilde’s tragic one-act play, Salomé. It was originally written and published in French in 1893 and then in English with Beardsley’s drawings in 1893. Performances of the play were banned in England until 1931 because the portrayal of religious figures on stage was deemed to be blasphemous.

Nevertheless, the work spread through Europe, and Beardsley was praised by the likes of Sergei Diaghilev, who was the director of the Ballets Russes. At the end of the project with Wilde, Beardsley left with a bad taste in his mouth however, as he described him and his lover, Lord Alfred Douglas, to be “dreadful people” – probably because when Douglas translated the play into English, there were many arguments and dramatic outbursts due to disagreements stemming from Wilde’s imperfect French. But this was not going to be the last time Aubrey Beardsley would cross paths with Oscar Wilde.

John Lane, who had commissioned Beardsley to illustrate Wilde’s work, also made him art director of the most avant-garde periodical in town at the time. Once it was published in 1894, the artist and writer, Max Beerbohm said that “London turned yellow in the night”.

The Yellow Book was a quarterly publication which included literary works by names such as H.G. Wells, Henry James, Yeats, and even Beardsley himself. As artistic director, it was Beardsley’s decision to make the cover of the periodical yellow, which might seem ironic for an artist whose whole output was almost entirely black and white. He chose the yellow cover because at the time, illicit French books were distinguished by their yellow covers to warn readers of the scandalous stories that awaited inside.

This creative decision eventually came back to haunt Beardsley. When Oscar Wilde was arrested in 1895 for crimes relating to homosexuality at the Cadogan Hotel, he was carrying a book with a yellow sleeve. It was a racy book by Pierre Louys called Aphrodite, which is a story about a sculptor and courtesan and their lustful pursuits of one another. Because of the popularity of The Yellow Book, it was claimed that Wilde had been carrying a copy of the magazine. Beardsley had already become closely associated with Wilde through his prior work on Salomé. This latest public scandal was enough to tie Beardsley to Oscar’s forbidden lifestyle and get him kicked off his publication.

Those who wanted to work with the artist became few and far between, but there was one libertine who jumped at the chance. It was the London publisher, Leonard Smithers, who was an old friend of Oscar Wilde. He was also a pornographer of the day and a book dealer, said to have collected copies of books bound in human skin.

“He loves first editions, especially of women: little girls are his passion. He is the most learned erotomaniac in Europe. He is also a delightful companion and a dear fellow…”

Smithers decided to team up with Beardsley and the Symbolist writer, Arthur Symons, to make their own periodical that would rival The Yellow Book. The magazine was named The Savoy, after the high end hotel where Wilde often met his lovers. It garnered success and gave Beardsley a new project to work on. At the launch party in 1896, however, Beardsley suffered a hemorrage. Even though he carried on drawing and writing, this attack was the start of many to come, and the acceleration of a steep decline in his health.

“March 7 1898 | Jesus is our Lord and Judge | Dear Friend, I implore you to destroy all copies of Lysistrata and bad drawings … By all that is holy, all obscene drawings. | Aubrey Beardsley | In my death agony”

Contrary to his wishes, Smithers never destroyed the work, and even made replicas in order to sell the works. Not even two weeks after Beardsley wrote the letter, on 16th March, he passed away.

A century after his death, his work was still ruffling feathers. As late as the 1960s, a gallerist was charged under obscenity laws for exhibiting the artist’s work.

Aubrey Beardsley was notorious throughout his life and clearly left his mark, and even though his drawings were considered grotesque and were markedly controversial, his critics often found a soft spot for him, whether it be for his bravery, good nature, or skill.

“No other artist has ever dared before to record the errors, the eccentricities of a modern youth in such an ingenuous, startling fashion, thus adding one more interesting case to our modern art, so rich in pathological apparitions.“

Today, you can still find Beardsley’s illustrations accompanying Oscar Wilde’s writing in Salomé in the bookshops, and his works are plentiful in the public domain should you be interested in surrounding yourself with his work. A major retrospective of his work is headed to the Tate Britain and the Musée d’Orsay in Paris next year. The world was not ready for Aubrey Beardsley then, but let’s sure as heck hope we’re ready for him now. 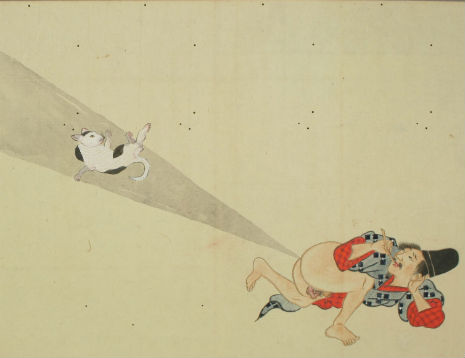 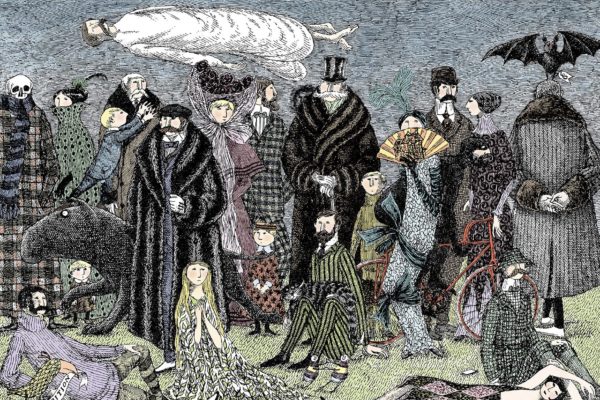 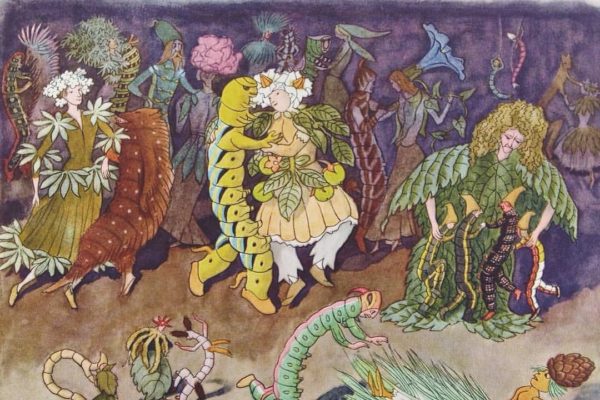 Drop Everything, and Let's Run Away with Ernst Kreidolf’s Flower Fairies 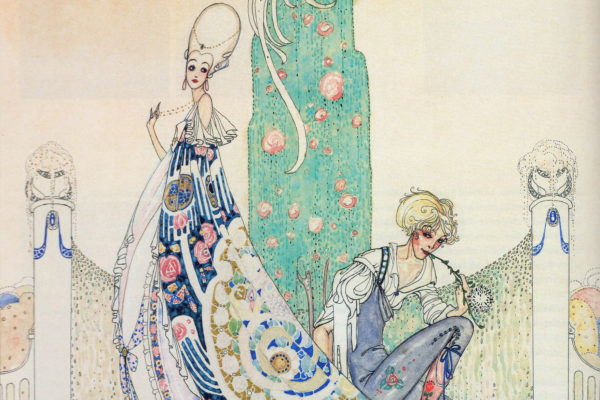 Oh, Disney, You Never Should Have Fired Kay Nielsen 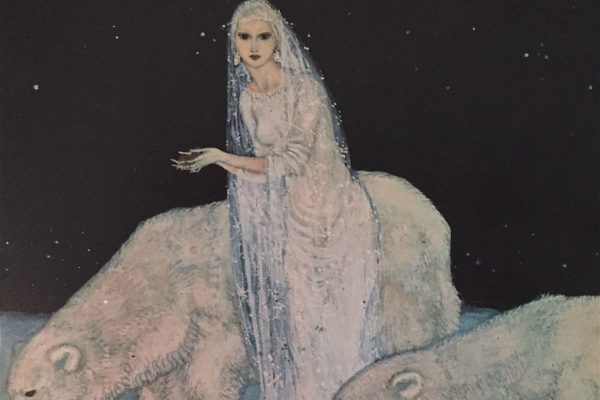 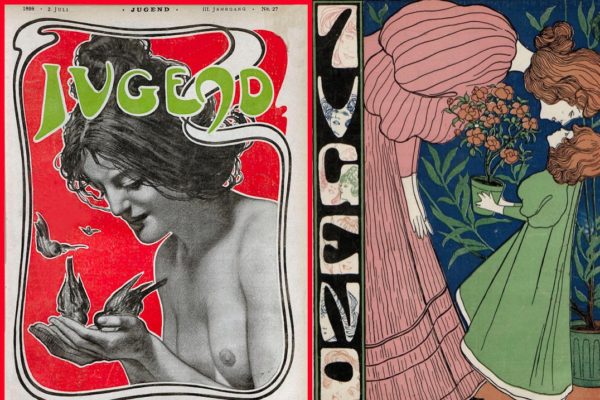 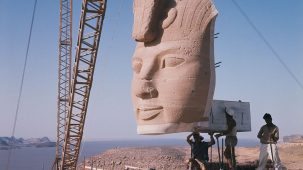