If you thought the antiques business was on the decline, you only need to step inside the Galerie Kugel to realise you might have had it wrong. Familiar with Paris? You’ve likely ogled at this mansion on the banks of the Seine a dozen times before, and yet never dared to assume you could simply ring the doorbell and have a wander round. But if you slow your stroll outside the neo-classical mansion at number 25, between the Musée D’Orsay and the Assemblée Nationale, you’ll notice an inconspicuous plaque next to the door. Though known for their discretion, the Kugel family is happy to open their doors to anyone who comes calling, collectors and art lovers alike. Inside, jaw-dropping paintings, furniture, and objects d’art await in a secret museum – arguably one of Paris’ finest – except everything on display in this museum can be taken home (for a price).

Galerie Kugel’s story actually begins in pre-revolutionary Russia, where Joseph Kugel became a horologist in order to take care of his father’s collection of antique clocks. Over several generations, the gallery was passed down and expanded to include a wide variety of antiques. In 1924 the family left Russia, and eventually reopened the gallery in Paris. Today the gallery is led by brothers Nicolas and Alexis Kugel. Laura Kugel, who represents the sixth generation of the family to work in the gallery, meets us in the foyer to take us around.

The gallery is well known for their elite cliente. Yves Saint Laurent used to drop by on his free mornings and take home an objet or two to add to the shelves of his own vast collection with Pierre Bergé. Other past clients include Hubert de Givenchy, as well as the Rockefellers, the Gettys, and Wrightsmans. But despite the extravagant roster of patrons, the gallery has remained a family business, focused not on increasing sales, but on buying exquisite things that genuinely interest them.

The Hôtel Collot, the handsome Palladian-style mansion we’re warmly welcomed into, was built in 1840 by the architect Louis Visconti, better known for his work on the fountain in front of Saint-Sulpice church and Napoleon’s tomb at Invalides. Initially built for the head of the French Mint Jean-Pierre Collot, the hotel particulier changed hands several times between the 1850s and today, and even served as the Spanish embassy before the Kugel family finally unpacked their treasures here in 2004.

We’re first taken into a modern section of the gallery. Added in 2016, this space acts as a sort of annex where the Kugel family like to keep several prize pieces, including a spectacular pietra dura table, a beautiful style of Florentine Marquetry.

The Galerie Kugel specializes in Kunstkammer or curiosity cabinet objects. Their collection is rarely short of a Nautilus cup for instance – trophies of the Age of Exploration in the 15th century when aristocrats and intellectuals were going gaga for chalices made of precious shells mounted and engraved by goldsmiths. Symbols of wealth and worldliness, the cups would be brought to Europe from the South Pacific, and placed in Wunderkammers; entire rooms dedicated to showing off elaborate and rare finds from around the world.

Also on display – and it’s easy to forget such museum-worthy pieces are for sale – bejewelled snuffboxes, a narwal horn, and an egg lined in gold, made for, in Laura’s words “no other purpose than to amaze you”. Two of these same eggs are in the Hermitage Museum as part of the Russian royal collection. As they predate Fabergé’s eggs, it has been hypothesized that they may have inspired them.

As we moved from the modern annex to the original Hôtel Collot, Laura explains that since the gallery’s conception in the nineteenth century, they have always looked for objects that fit the family’s personal taste instead of the trends of the antiques market. For example, they still specialise in clocks (a nod to their founder Joseph Kugel), but not just any clocks. In 2016 the gallery hosted an incredible exhibition called “A Mechanical Bestiary Automaton Clocks of the Renaissance”.

Automaton clocks, essentially 250 year-old self-moving machines fitted with complex programming systems (pre-electricity of course), entertained royalty and raised deep philosophical questions about the future of artificial intelligence even then. Galerie Kugel has an entire room full of them.

We stop to “ooh” and “ahh” over a mantlepiece decorated in miniature mosaics with matching vases by Giacomo Raffaelli. Not only do the Kugel’s have incredible taste in antiques, but they have a knack for acquiring objects and artistry you’ve never even seen in museums. The gallery is known for its collection of 18th century decorative arts, which they in fact often sell to museums like the Louvre and the Metropolitan Museum of Art for period rooms or to add context to art from the same era. Especially impressive are the writing desks complete with sconces for candlesticks, hidden levers, and concealed compartments for storing secrets.

A more modern twist is seen in one of our favorite rooms that features floor to ceiling gilded mosaic panels by the Art Deco painter José Maria Sert. A fuxture of 1930s café society, Sert painted the murals in New York’s Rockefeller Plaza. The glimmering walls create a surprising harmony with the 17th and 18th century decorations that surround them, including an imposing neoclassical chest and a delicate women’s toiletry set.

The final section of the gallery is what Laura calls “the mad collector’s room”. A testament to Galerie Kugel’s idiosyncratic collecting style, the tiny room is packed with curious objects that have sparked the family’s curiosity over the years, including tromp l’oeil paintings, miniatures, painted fans, memento mori objects, and anamorphosis images.

Before leaving we ask to peek into one more breathtaking space – the gallery’s library. Like something out of fairytale Imperial Russia, stocked with auction catalogues and reference books, the space was designed by the scenographer and decorator Pier Luigi Pizzi, who found inspiration in Versailles’ Hall of Mirrors.

If you’re curious to discover the Galerie Kugel for yourself, feel free to stop by and ring the bell (although it never hurts to call or email ahead and make an appointment). A treasure-trove awaits.

Keep up with the Galerie Kugel collection on Instagram. 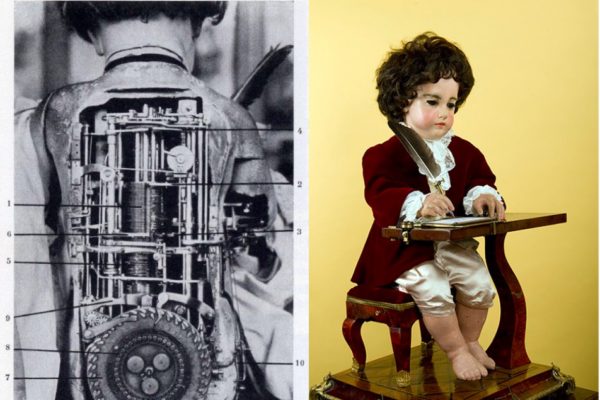 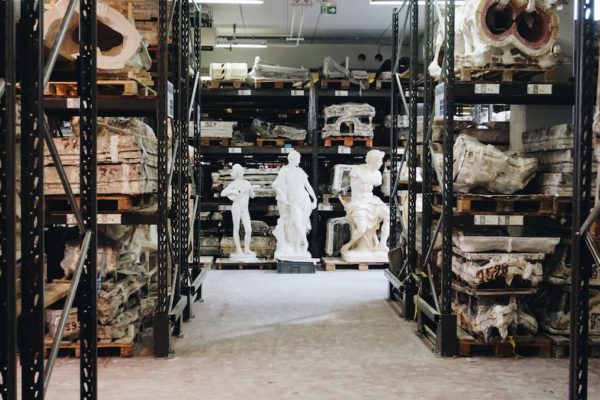 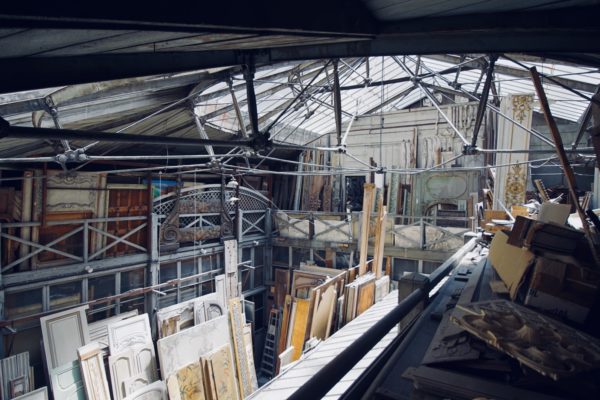 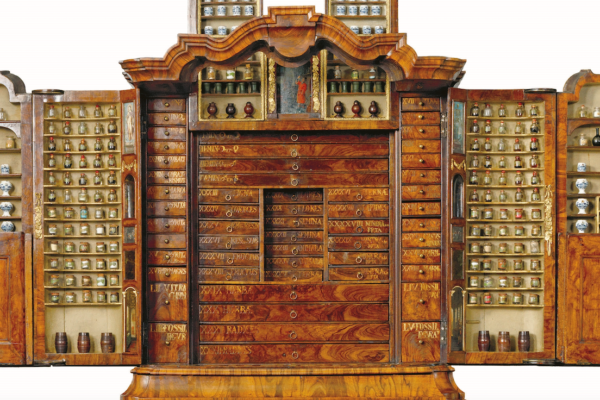 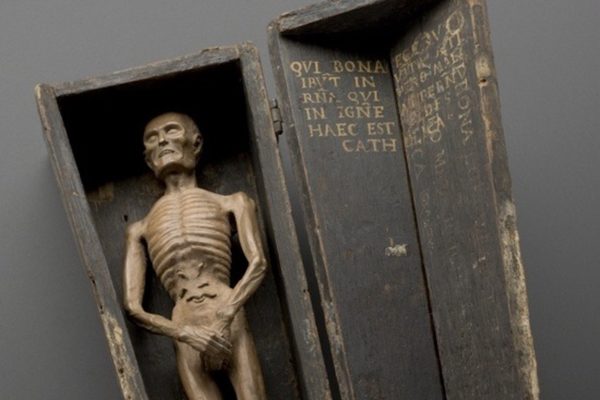 The Overlooked Art (and Drama) of Courtroom Sketching
13 Things I Found on the Internet Today (Vol. DLXXXVI) 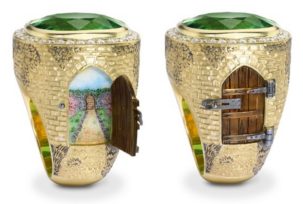