An Insider’s Guide to the Unknown Kingdoms

One of my first ever published articles back when I was writing for a local magazine in London, was about a street in Notting Hill called Freston Road, which declared independence from the United Kingdom in 1977. Frestonia, essentially a community of squatters who had come together to secede from the UK after the local council threatened to evict them, had their own newspaper, postage stamps, a currency on the way and 97 residents at its peak before its inevitable downfall, occupying a 1.8 acre triangle of land in what is today considered as one of the most affluent neighbourhoods in the city. I met with one of the former residents, Tony Sleep, who had documented the history of Frestonia through his photographs, and listened intently to his memories of a forgotten kingdom that almost was. This story was probably the reason I followed the path to where I am today, still searching for more untold stories, unknown subcultures and undiscovered places… 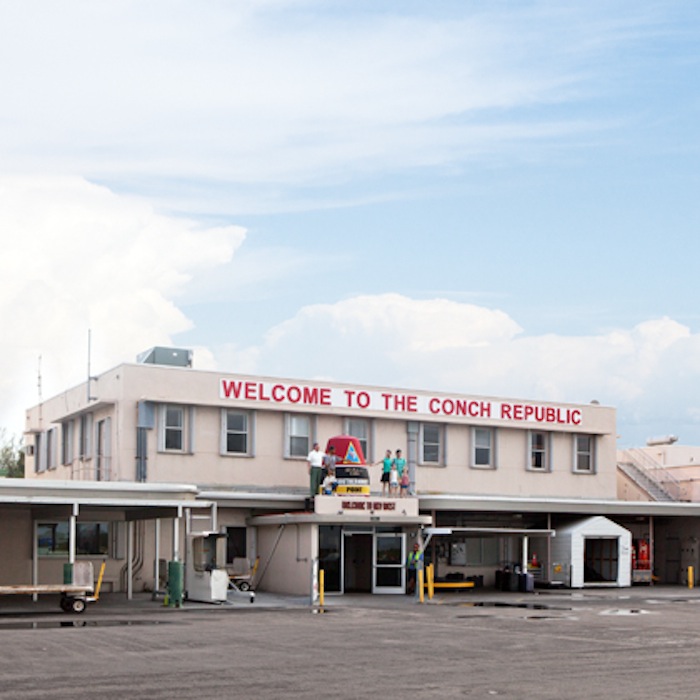 But today, I was reminded of that first story when I came across a photographer who has spent the last several years of his life tracking down the world’s most “unknown” countries. Léo Delafontaine estimates there are more than 400 self-proclaimed pirate entities in the world with national anthems, flags, passports, currencies, militaries, laws, and of course, some interesting leaders.

“Without a doubt a little makeshift, kitsch and rickety, these micronations offer us not only a place to dream, like the former literary utopias, but also a new ground to tread on, a refuge, another world.” 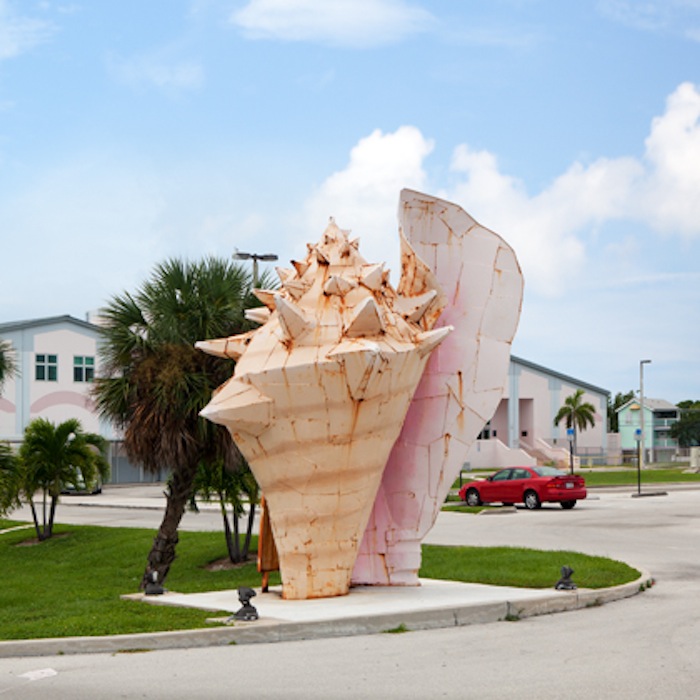 The Conch Republic celebrates Independence Day every April 23 in Key West, Florida, the republic’s official capital. It was founded in 1982 as the result of what was essentially a protest about a traffic jam caused by a United States Border Patrol blockade. Today the micronation actively maintains an Army, Navy and Air Force comprised of 10 civilian boats, the 1st Conch Artillery garrisoned in Fort Taylor and a dozen appointed aircrafts in its fleet. 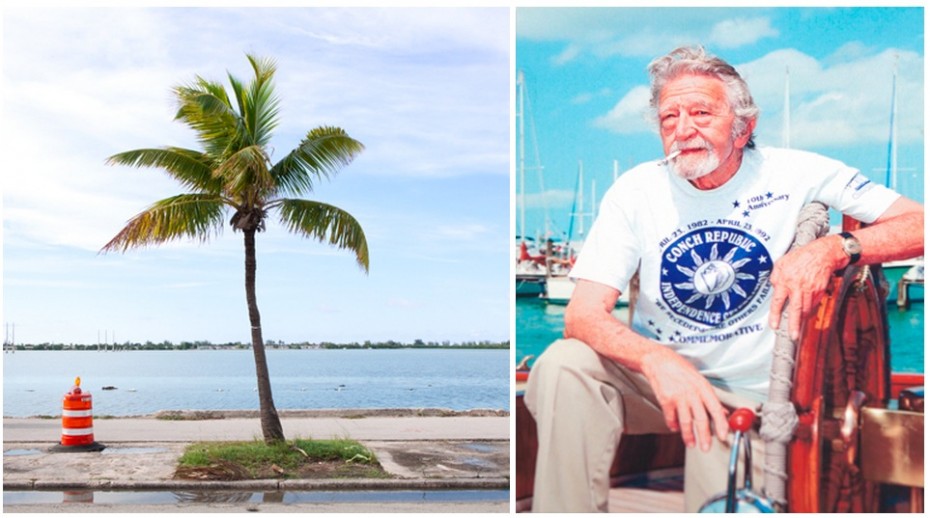 In 1995, the Conch Republic was “invaded” when the 478th Civil Affairs Battalion of the United States Army Reserve underwent a training exercise simulating an invasion of Key West as a foreign island.  No one from the 478th notified Conch officials of the exercise and the founding Prime Minister (pictured above) mobilized his island for a full-scale war (firing water cannons from fireboats and hitting people with stale Cuban bread). The following day, leaders of the 478th issued an apology the next day, saying they “in no way meant to challenge or impugn the sovereignty of the Conch Republic”, and submitted to a surrender ceremony.

“Indeed, over the last 300 years, discretely but surely, official powers have been facing competition from pirate entities who contest even their right of sovereignty.”

The Republic of Saugeais, founded in 1947, located in eastern France, in the département of Doubs. They have their own head of state and national anthem. They also make great sausages. 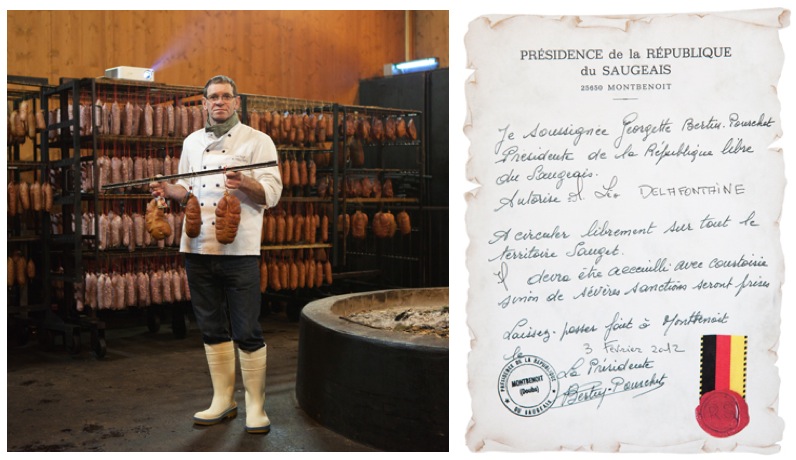 Discover the Republic of Saugeais

The Principality of Sealand

Sealand lies in international waters and therefore is not subject to any legislation apart from its own. A former military platform, it was abandoned at the end of the war and claimed by a formed British army major in 1967, who set up a pirate radio station and subsequently an independent territory.

Since his death, his son, the Prince of Sealand, has used the island’s lack of regulations to develop Sealand economically, welcoming questionable websites to host their servers. After a fire broke out in 2006, the Prince attempted to sell the micronation for 600 million pounds. There were no takers. 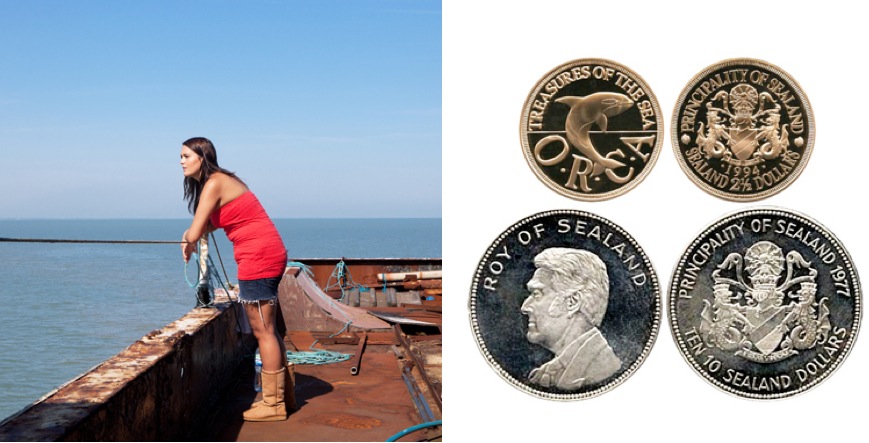 The Prince has since reinvested in the island to find new ways to make a profit out of their land. You can currently become a Lord, Lady, Baron or Baroness of Sealand from £29.99 on the micronation’s website.

Discover the Principality of Sealand.

The Consulate of La Boirie

The Boirie consulate was created by three friends who own a seven hectare territory in french Sarthe in the Loire. They proclaimed their guesthouse (with rooms from 67 to 326 euros), independent under the aegis of tolerance of hedonism and eco-citizenship in 2006.

Discover The Consulate of La Boirie

Located in the northwestern Italian Province of Imperia near the French border, and in sight of Monaco, the argument for the independence of Seborga, spearheaded by a local florish, can be traced back to the Middle Ages. Founded in 1963, it was claimed that documents in the Vatican prove the town was sold to Cistercian Monks before it became a principality of the Holy Roman Empire under the pope’s protection in 1079.

Unlike other micronations, the Principality has an armed force, responsible for the defense of Seborgan borders and the protection of the prince and his family, and maintaining public order. 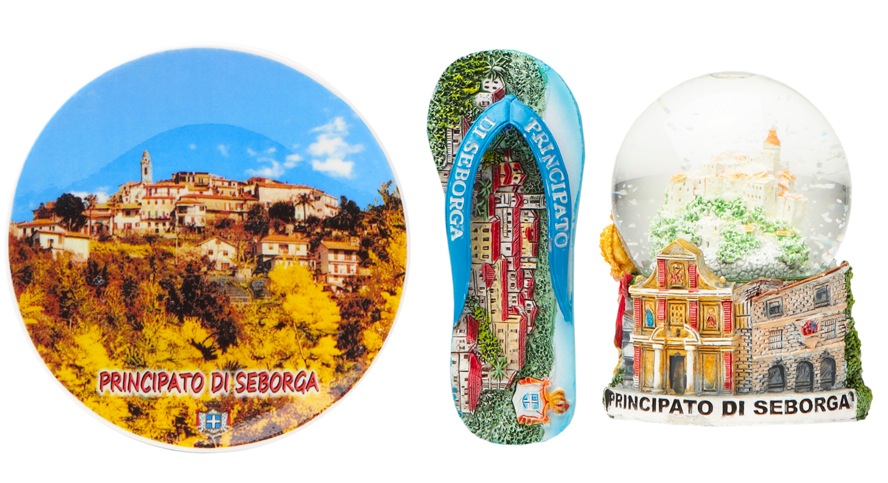 The local currency, the luigino, is accepted inside the city as a sort of voucher but it has no legal value. The luigino’s value is pegged at 1 per 6 United States dollars, which would make it the world’s highest-valued currency unit if it were considered an official currency.

Discover The Principality of Seborga.

located on the island of Elleore in the Roskilde Fjord, north of Roskilde on the Danishisland of Zealand, the island was purchased by a group of Copenhagen schoolteachers in 1944 for use as a summer camp. They proclaimed the island’s tongue-in-cheek “independence” as a Kingdom as a gentle parody of the government structure and royal traditions of Denmark. It’s been stated that the kingdom’s ancestry has been traced to a “monastic society of Irish monks who arrived in the middle of the 10th century. 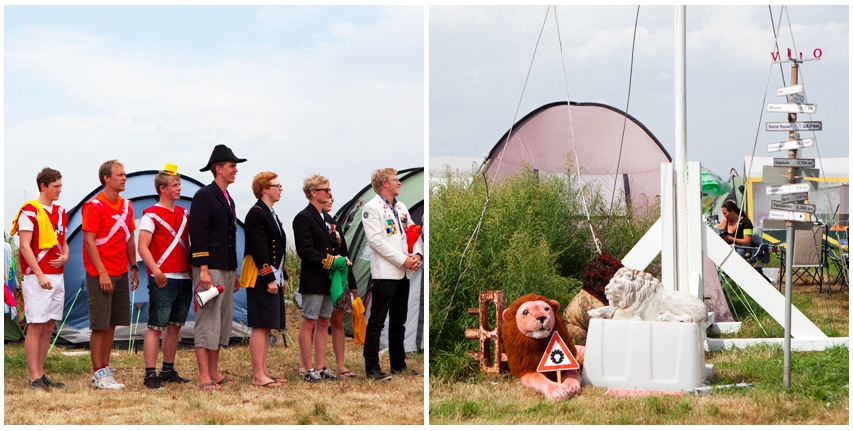 The novel Robinson Crusoe is banned on the island  and many of the the titles assumed by its “nobility” are parodies of Danish equivalents. The kingdom has issued several stamps and coins however and they use “Elleore Standard Time”, which is 12 minutes behind Danish time. 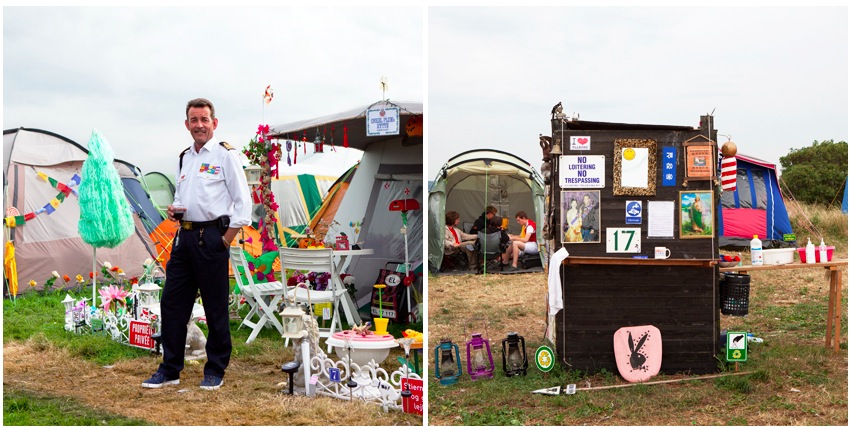 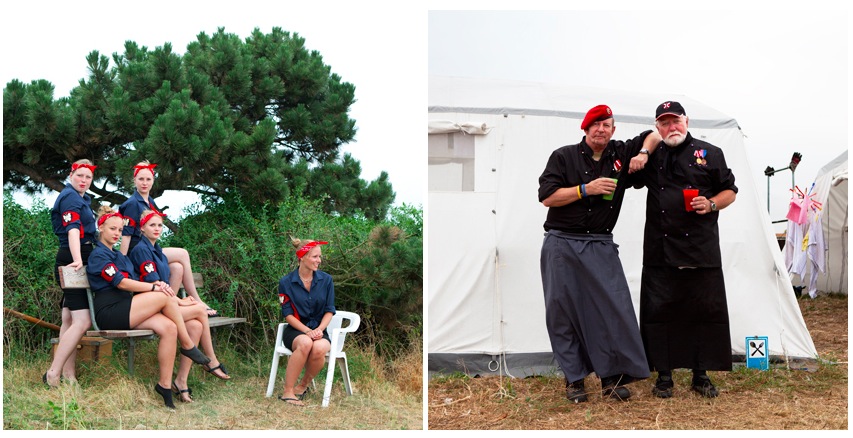 Discover the Kingdom of Elleore.

The Republic of Molossia

Founded by Kevin Baugh and headquartered solely from his home near Dayton, Nevada, the Republic of Molossia was originally established as a childhood project in 1977, Molossia subsequently evolved into a territorial entity in the late 1990s.

Molossia maintains a standing Navy with a fleet of four vessels and a land infantary division; the Molossian Naval Infantary. The M.S. Spindrift, the Navy’s flagship is a 13 by 3 foot Allen Class inflatable boat.

The micronation also has a space program charged with all matters “related to air and spacecraft in the Republic (the latter was originally under the command of the now disbanded Molossian Air Force.). It has many running projects in exisitance including the Skylofter Project“. 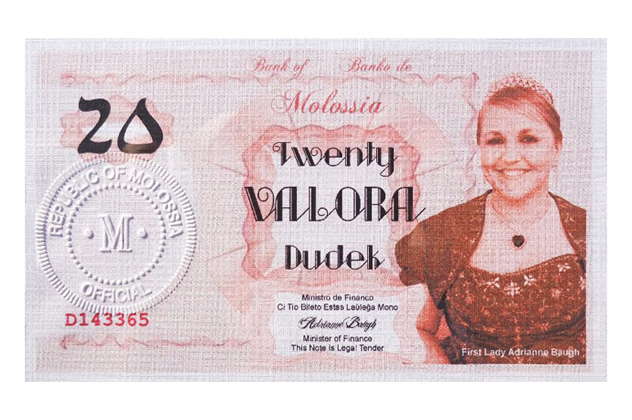 Discover the Republic of Molossia.

The Kingdom of Calsahara was founded on 24 November 2009 on a barren tract of land a few miles south of the unincorporated community of California Valley, California. Calsahara’s absolute ruler, King Montague, a seasoned micronationalist in his own right, has already established established friendly liaisons with the leaders of numerous countries including Molossia. Calsahara calls itself an “Enlightened Monarchy,” but in practice is just another absolute dictatorship.

Discover The Kingdom of Calsahara. 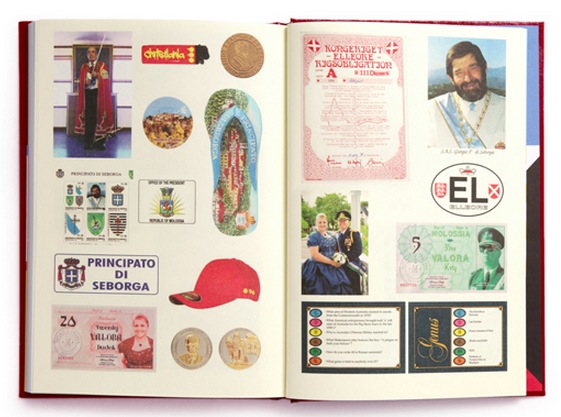 Sometimes I often worry I might run out of stories or places to write about on this blog. This quote from Léo Delafontaine’s micronations project eases my mind…

“In a world that is known and has been mapped from north to south and east to west, where every square meter is monitored by sattellite, it’s difficult to believe that geographic discoveries can still be made, that a traveler has actually had the impulse to enter unknown kingdoms and deal with sovereign governments unfamiliar even to the United Nations. And yet, that’s the reality.” 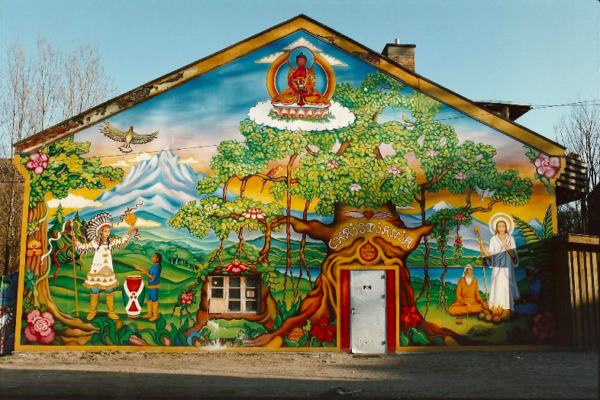 The Neighbourhood Hippie Squat that Seceded from the European Union 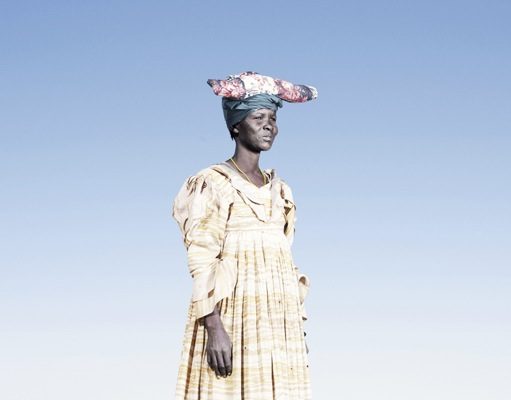 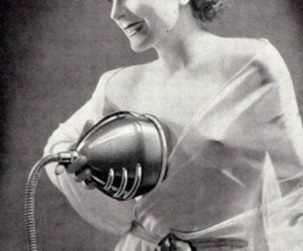