Backstage at the Paris Opera House in 1937

Just when I think I’ve seen all the vintage photos there are to see of Paris, I get lucky and find a stack of treasure hiding away in the archives to share with you. So today, we’re using our virtual backstage pass to snoop around the iconic Palais Garnier. Classical ballet as we know it today was born within the Paris Opera and real-life events that transpired within its gilded walls gave rise to the legend of the Phantom of the Opera. These forgotten photographs by Gaston Paris, longtime reporter for French reviews such as Vu and Détective, show us a side of the opera rarely seen by anyone today, through the attics, the cellars, the rehearsal rooms and costume department. Interestingly they also reveal that the Palais Garnier once had its own ballet school, offering lessons to the general public outside of performance hours. A few things to look out for: ballerinas with underarm hair (gasp!), the phantom’s real-life underground lake, and more heavy-duty backstage mechanics than a Soviet Power plant! Draw the curtain…

A little background on the mysterious underground lake: Charles Garnier, architect of the eponymous Opera House, ran into a slight problem while digging its foundation. They had hit an arm of the Seine hidden below ground and no matter how hard they tried to pump out the water it kept rushing back. Rather than move location entirely, Garnier adjusted his drafts to control the water in cisterns, creating a sort of “artificial lake.” While it looks nothing like the famous romantic lagoon in the musical, the Opera staff enjoys feeding the resident fish and the Paris Fire Department goes diving there from time to time. Google street view offers a 360 tour of the lake here.

The chandelier had crashed upon the head of a poor woman who had come to the opera that evening for the very first time in her life, and killed her instantly. She was the concierge…”

– Gaston Leroux, The Phantom of the Opera

In the May 21st, 1896 issue of Le Matin, a newspaper where Gaston Leroux was moonlighting as the senior courtroom reporter, a headline read: “Five hundred kilos on a concierge’s head!”

In reality, one of the counterweights of the chandelier weighing less than ten kilos fell into the audience—but killed one woman. She was Madame Chomette, a concierge.

Discover more of the real-life stories behind the legend here.

If you’d like to see the backstage of the iconic Palais Garnier in person, it’s a little-known fact that the opera house offers a very intimate tour behind the curtains – for a price. The visit takes small groups backstage into the underground reservoirs, the cabestans, the costume workshop and more. Prices and details can be found here. Otherwise, take a wander round the back of the stage area online here, the rooftops here, the library here and the underground lake here.

All photos courtesy of Roger Viollet, discover the archives here. 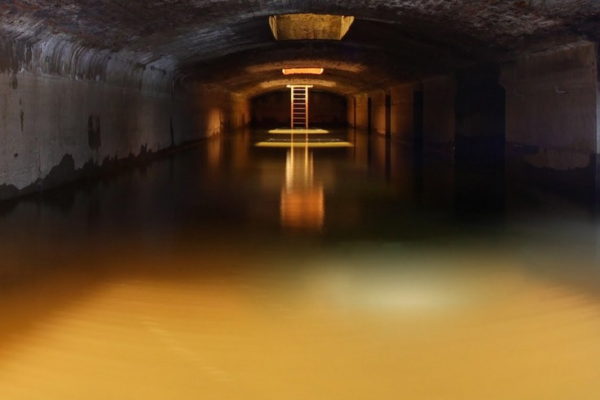 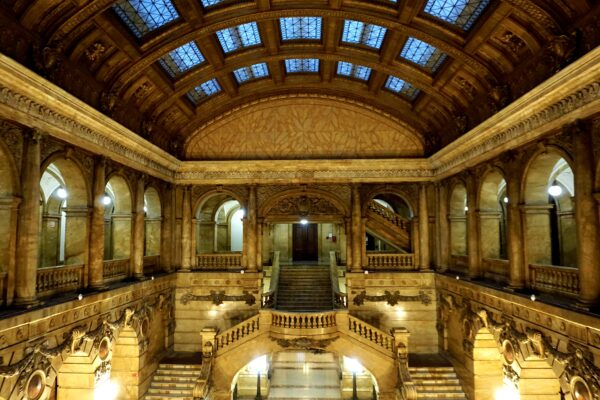 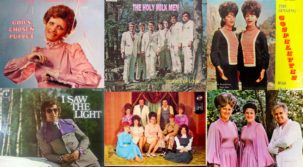