In my ongoing quest to help bring you to Paris by any means, today we’re diving into one of my favourite resources for revisiting la vielle ville (the old town). The ‘Institut national de l’audiovisuel’ (INA) is a repository of all French radio and television audiovisual archives and within their Youtube channel, you can find a folder dedicated entirely to vintage Paris; a mish mash of local and cultural news segments from the past, packed with postcard visuals and charming encounters with Parisians of yore. The folks at INA haven’t yet translated their content for English speakers (I’ve put it in the suggestion box), but if you’re interested in brushing up on your French, just exposing your ear to the language can help with pronunciation, association and of course, motivation. I’ve combed through the collection and made a selection of my favourite videos for you (with a brief summary for each), so turn on those French subtitle captions and start time-travelling…

Bakeries with decorative painting and artisanal interiors were opening all over Paris in the 19th century, but in 1978, the city was undergoing a period of transformation through urban planning, endangering these historic shops. This segment takes us to some beautiful boulangeries of the day and meets with bakery-owners, preservationists and locals to gauge the mood. The good news is, most of the bakeries featured in this 1970s clip did survive and are still around today. Even the boulangerie (whose interior is being dismantled and modernised by its owner at the 25:31 mark) is still there and the facade is in tact.

This report shows us a variety of old cafés, a gathering place for locals, which they feel are disappearing. The Carnavalet museum in Paris (which is set to reopen this year after a long renovation) holds many remains of Paris’ lost cafés in its collection. The commentary is includes readings from old excerpts evoking the atmosphere of cafés. We visit the iconic Le Procope a 17th century literary café decorated like a living room, is said to be the oldest café in Paris. There’s also an interesting look at an atmospheric old billiard café around the 1:30 mark, which unfortunately, I couldn’t find any trace of today.

Away from the traditional tourist routes, this report goes behind the facades, into hidden gardens and we meet lovers of the old quarter including Mr. Frelaut who explains the efforts of his association to save Montmartre from tourism and developers. Of note at the 2:43 mark, we see the old Hotel Particulier de Montmartre, which at the time, had just been saved from demolition. It is now a very lovely boutique hotel, where you can enjoy Sunday brunches in the garden.

A rare close-up from the rooftop of Opéra Garnier with the workmen carrying out repairs in the late seventies.

Take a walk through the Belle Epoque covered passages of the capital which are not only vestiges of 19th century Paris, but also living spaces adapted to modern town planning. The report successively visit all the major Parisian passages, along with the memories and testimonies of residents and traders who share their passion for this friendly and unique micro-society in Paris. Don’t be a Tourist in Paris offers a walking guide through the network of passages, moving through several arrondissements hopping from one to the next under their elegant glass roofs.

The Hidden Underworld in the Catacombs, 1984

A reporter goes underground to investigate the Catacombs of Paris by night, where he find groups of young people holding secret parties beneath the city. Twenty years later, we’re still doing the same! Join me for a secret screen party of the Rock Horror Picture Show in the catacombs.

In Paris in 1962, a corner of the Pigalle district is nicknamed the “Harlem sur Seine”. We follow John Littleton from nightclubs to restaurants with his compatriots. The evening begins at “La Cigale”, continues at the “Chez Haynes” restaurant run by Leroy Haynes offering American dishes such as ribs and fried chicken. They then have a drink “Chez Frisco”, go down to “Harry’s Bar” to join the famous pihttps://www.messynessychic.com/virtual-paris-events-viewing-room/anist Charlie Lewis and end the night at “Blue Note” alongside Nancy Halloway, the girl from Ohio who became a star in 1960s Paris.

Don’t forget you can join me on a walk through Saint Germain for beginner’s guide to Black History in Paris’s Left Bank.

To the island in middle of the Seine at the very heart of Paris, we visit the Ile Saint Louis with the testimonies of famous and local inhabitants of the district, like the musician Georges Moustaki and the small traders of the island.

Flashback to the Eiffel Tower for a broadcast about the iron lady’s mountain climbers. We see images of a party of rope-climbers in 1945 and a trapeze artist Rose Gold in 1951.

A stroll through the patchwork of Parisian village life from the hill of Montmartre hill to the 13th arrondissement and the Village de Charonne in the 20th arrondissement with small houses, gardens and paved courtyards. We meet several residents including traders, the writer Clément Lépidis in Belleville, the storyteller Pierre Gripari in a bar and some pétanque players.

Hungry for more Paris? The second edition of Don’t Be a Tourist in Paris is now available in hardback or eBook. 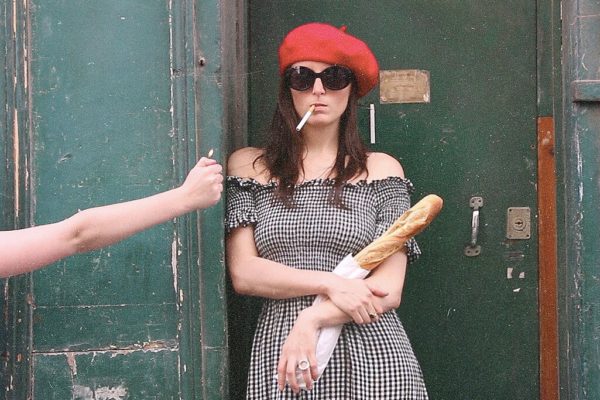 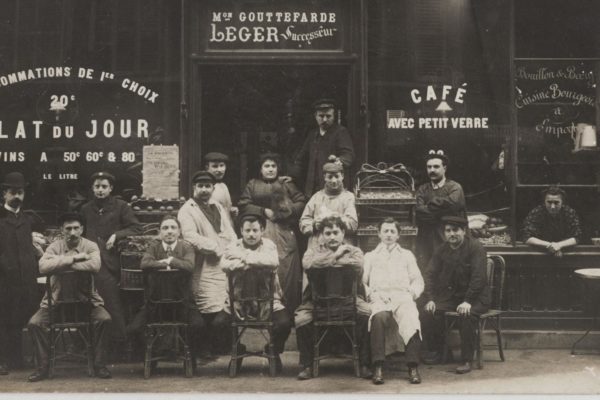 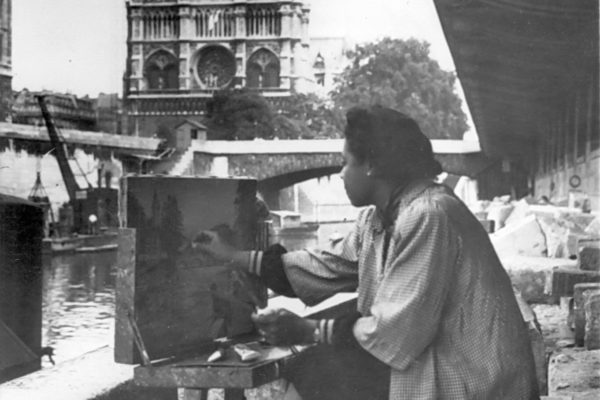 This Mind-Bending Artist Can Take Up Residence in Our Curiosity Cabinet
13 Things I Found on the Internet Today (Vol. DXLVI) 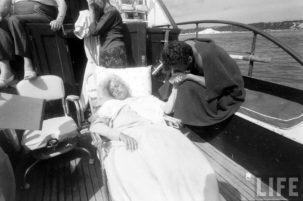