When American President Harry S. Truman took office, there were many signs that the White House needed some construction updates. The literal breaking point came in June 1948, when the leg of First Daughter Margaret Truman’s piano fell through her second-floor sitting room’s rotting floorboards into the family dining room below. What followed was a 22-month, $5.4-million project to completely gut the presidential residence.

The White House was built by Irish-born architect James Hoban between 1792 and 1800 and every U.S. president has lived and worked there since John Adams. But the building was burned down during the War of 1812, and was rebuilt and expanded over the next decades in a rather haphazard manner (from the addition of the third floor to adapting to new technologies).

A Public Buildings Administration commissioner described this retrofitting as done “by force of habit.” When President Truman moved in after winning the 1944 election, he was put off by the creaking floors, drafty rooms and weird sounds he heard through the building. Official White House photographer Abbie Rowe (who also captured the reconstruction) even recalled that the president said he heard ghosts in the Second Floor residence. Truman also imagined a not so humorous scenario in which his bathtub fell through the floor during a Daughters of the American Revolution tea, with the American president “wearing nothing more than his reading glasses.”

He wasn’t the only one — others noticed chandeliers that would be swaying without a clear cause and floors that would move when walked upon. The building had been particularly neglected during the strain of the Depression years and the distraction of the Second World War. (Previous President Franklin D. Roosevelt had dismissed an Army Corps of Engineers report on the damage.) Of course, an easier solution might have been to just build a new presidential residence on a larger tract of land, but as a lover of history, Truman scoffed at this proposal. He also worried that American citizens would not take the destruction of the White House too keenly.

Investigators determined that the second floor was a fire hazard that could collapse at any minute and that the foundations were literally sinking, with unused gas and water pipes adding weight to the structure. The only structurally-sound element of the residence was the recently installed Truman Balcony, which was criticized by architects who thought the family leisure space would violate the integrity of the neoclassical design. At first, they tried quick solutions, but it became evident that it would require a much larger overall, what was described as “heroic remedies.” 1948 was also an election year, and it wouldn’t be a good image for the incumbent to be living in a state of disrepair.

After Truman won re-election, he had the political willpower to push forward an expensive renovation. In 1949, Congress authorized a $5.4 million project to replace the building interior in its entirety; the historical facade would be preserved with the inside of the building totally gutted. It proved to be a serious challenge for architects and engineers to preserve the iconic exterior while also addressing the serious structural issues.

During the three years of construction work, President Truman and his family moved across the street to the Blair House (the president’s official guest residence since the United States government purchased it in 1942). The end result included a new steel superstructure and a poured-concrete basement that included a bomb shelter in the case of a nuclear attack; it’s where George W. Bush was taken after the September 11 terrorist attacks. During construction, this highly secretive addition was referred to simply as Project 9.

Given that historical preservation was not as stringent as nowadays, many of the old woodwork, trimmings and other ornamentation were not reinstalled; instead, a highly publicized souvenir program was put into place, with over 20,000 requests made for White House goods, resulting in a reported profit of more than $10,000.

The Truman family moved back in on March 27, 1952 while some final construction was still being completed. To show off the new digs, President Truman conducted the first ever televised tour of the White House on April 22. He also opened the White House to public tours for the first time. While he openly praised the update, Truman privately was frustrated by the work of the general contractor. He wrote in his private diary: “With all the trouble and worry it is worth it – but not 51⁄2 million dollars! If I could have had charge of the construction it would have been done for half the money and in half the time.”

In the years since, many administrations have added their own touches to the White House: The stylish Jacqueline Kennedy decorated the residence with historical artifacts and artworks. This was a correction to the fact that some of these items were lost or stolen during Truman’s renovation, leaving the White House relatively bare. (Notably, she also gave a televised White House tour in 1962.) Later, Jimmy Carter installed the first computer and solar panels (Ronald Reagan removed the panels, but George W. Bush reinstalled them). Most recently, Donald Trump  — a man with, let’s say, questionable design taste — supposedly referred to the White house as “a dump” and dedicated $3.4 million to renovations. So far, the changes under President Joe Biden have been smaller, but no less meaningful: a bust of civil rights and farm labor leader Cesar Chavez sits behind the Resolute Desk in the Oval Office and a portrait of founding father Benjamin Franklin has replaced that of slavery-supporting President Andrew Jackson. 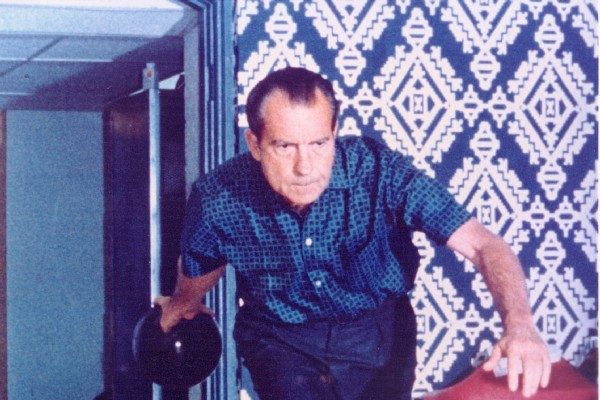 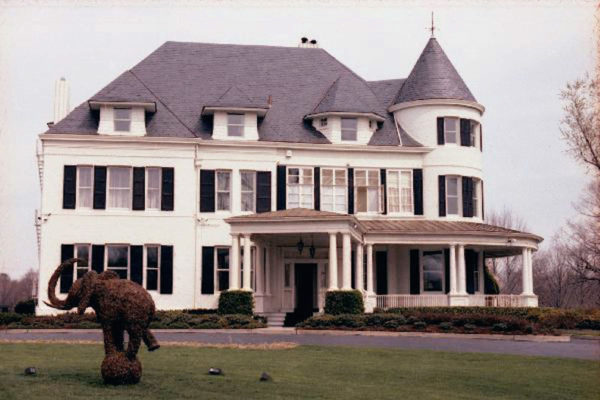 Where the U.S. Vice President Gets to Live (Hint: it's not in the White House) 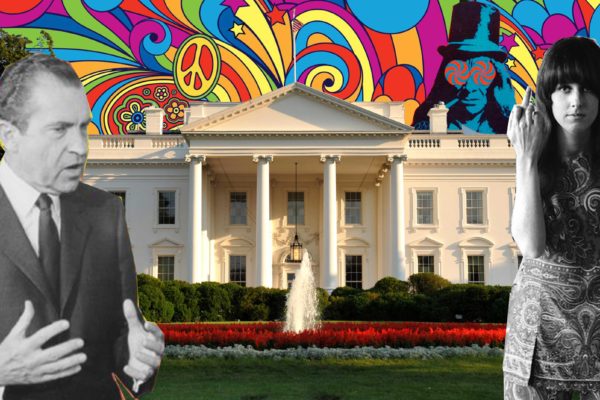 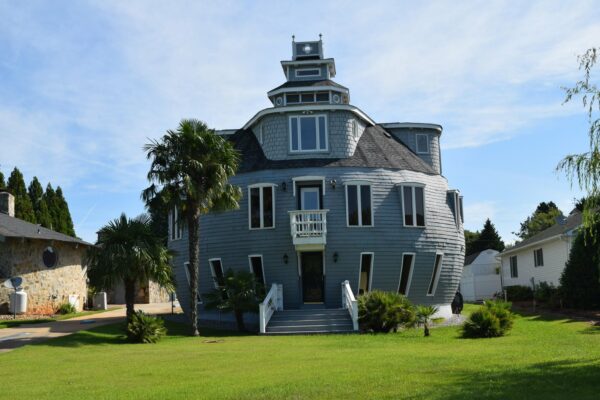 A Brief Compendium of Advertising Fans
Oh, The Fun We Could Have With This 1960s Ghost Town For Sale 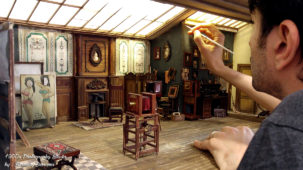