Merle Oberon, the Hollywood actress who to this day remains the only Asian actress to be nominated for a Best Actress award at the Oscars, was born in Bombay, India in 1911. Merle however, would have you believe that she hailed from Tasmania, Australia and was born to Caucasian parents. The family, she claimed, moved to India after her father died in an unfortunate hunting accident. The truth, which was uncovered only after Merle’s death, was that Merle was born Estelle Merle O’Brien Thompson at a time where Britain had colonised India and Merle was the result of the rape of her part-Sinhalese and part-Maori mother by a British officer. Mixed-race children like Merle were not uncommon at this time in India, but their place in society was a fragile one. Considered not to be truly Indian, they occupied a position below the British occupiers and were seen to be a sign of scandal and proof of the promiscuous nature of Anglo-Indian women.

Some twisted family history: Merle knew her mother to be Charlotte, also of Anglo-Indian descent, but when Merle’s birth certificate was dug up following her death, it revealed not only her birthplace but also, the identity of her true biological mother. Charlotte, who had been 26 at the time of Merle’s birth, already had a daughter, Constance, who by some accounts was said to be 15 at the time, whilst others state she was 12. Constance had, like Charlotte, been raped by a British occupier, and fell pregnant with Merle. Charlotte who had long detested her daughter Constance who she felt was a burden to her, chose to take on Merle as her own. Whilst Merle and Charlotte would remain together for the rest of the lives, Constance became estranged from the family and died without ever reconciling with them.

As Merle grew up, her beauty flourished. With thick dark hair, high cheekbones and a petite frame, Merle was already the embodiment of a Hollywood star. This beauty was even more revered at the time in India, as unlike many other Anglo-Indians, her skin was significantly whiter.

Reaching adolescence, Merle began hitting the nightclubs of Calcutta, where the family now lived, often feigning a fake British accent. It was at this time that Merle began to experiment with skin bleaching treatments in order to whiten her skin. Sold by British companies and widely available in India, these products catered to the idea that the whiter the skin, the better. Merle in particular, who believed that dark skin equated to a life of poverty, was keen to try out these products.

Skin bleaching products, which are still available today, work by reducing the body’s production of melanin. To do this, the active ingredient of ammoniated mercury is used, an ingredient which can cause mercury poisoning with symptoms ranging from skin rashes to weakened cognitive function. Then, and now, the levels of mercury in these kind of products are much higher than recommendations from bodies such as the FDA (Food and Drug Administration) in America.

In 1929, Merle and Charlotte left India, travelling to the UK, via France. Merle originally became a nightclub hostess in London, where she was rumoured to also charge a few hundred dollars (now around $3,000) for a night in her company, whilst also working as an extra on a number of British films.

Meanwhile, Hungarian filmmaker Alexander Korda was on the lookout for his next starlet. The end of the silent era of films had been a turning point for him. Having previously produced a number of successful silent films starring his beautiful Hungarian wife Maria, he was being forced to find a new actress, believing that Maria’s thick Hungarian accent would be unusable in the new talkies.

When Maria caught sight of Merle on a film set, she was reportedly said to have grabbed Alexander by the arm and exclaimed, “There she is you fool!” Alexander was on the hunt for an actress to play Anne Boleyn in his upcoming film about Henry VIII. “Look at that face, it’s worth a million pounds. There’s your damned Anne Boleyn.”

Merle, who at the time was still going by her birth name, Estelle Merle O’Brien Thompson, was convinced by Alexander to become Merle Oberon, a name he believed stripped her of any traces of her origins and gave her a new distinguished image. Casting Merle as his Anne Boleyn, Alexander quickly made her a star. Indeed, when he introduced her to Joseph Schenck, the former President of United Artists and co-founder of the studio which become known as 20th Century Fox, Schenck was so floored by Merle that he promptly whisked her away on a European tour, proposing to her in Monte Carlo. The marriage never materalised however, and people in the business questioned whether the whole thing had been a cleverly thought up PR stunt designed to catapult Merle into Hollywood. Whether or not this is true, catapult Merle it did. Merle was soon cast as Lady Blakeney in The Scarlet Pimpernel, a black and white film which makes Merle’s skin appear very white indeed.

The media was ever scrutinous of Hollywood actresses and many film critics were dubious of Merle’s origins, perhaps fuelled by the occasional slip-ups in her accent, which revealed a glimpse of her South-Asian heritage. One film critic went so far as to write, “Merle Oberon makes Lady Blakeney a personage of exceptional loveliness and delicate sensibilities, the only disturbing feature is her tendency to strongly orientalise her appearance by means of facial makeup and the slant of black brows.”

When in 1935, the Los Angeles Times printed that Merle was Euro-Asian, Merle was quick to dispute these claims, stating that the shape of her eyes and the fact she had lived in India were merely coincidences.

With rumours beginning to swirl around Merle, the film The Dark Angel came at the perfect time for her career. In it, Merle plays a docile, naïve woman entirely dedicated to her boyfriend Alan, who returns from WWI, blind. This unassuming character was seemingly enough to silence the critics, for a moment at least, as Merle’s elegant portrayal of such a gentle woman persuaded them that she must in fact, be white!

At the time, Merle was also the face of Max Factor cosmetics, who in one ad campaign, proudly proclaimed that through the use of their products Merle has gone from looking “slightly unreal and exotic” to a “beautiful, charming girl”. The photographs of the before and after however, shows strikingly similar Merles, a sign that Hollywood at the time was unable to accept that Merle could be anything other than white.

Following the success of The Dark Angel, Merle soon picked up a role in Wuthering Heights, perhaps the film that she is best known for. Whilst the film garnered eight Oscar nominations, Merle did not receive any.

In 1939, Merle married Alexander Korda. Having had a platonic relationship for many years, there was some suspicion that Merle married Alexander for his position in British society, a position which she had long yearned for. Judging by the amount of affairs that Merle had during the marriage, it is unclear how committed she was to it. So informed were the Hollywood elite of her extramarital adventures, that Alexander himself, whilst in the urinals of the Hollywood Brown Derby, allegedly overheard a man proclaiming, “Oh, you know who’s screwing Merle now?”

The marriage was unsurprisingly short-lived, and when in 1943, Merle met the cinematographer Lucien Ballard, she was quick to divorce Korda. At the time, as a result of a car crash and the increasing use of skin bleaching treatments, Merle’s face was beginning to change. It was for this reason that Ballard invented the Obie lighting system, short for Oberon. This lighting technique, which is still used now, was able to bring out the light in Merle’s eyes, whilst blurring the rest of her face.

Indeed, the extreme measures that Merle was going to to stay current in Hollywood were starting to have serious consequences on her health. Before a screen test for the film, The Constant Nymph, Merle came down with the flu. Taking a sulphur injection (a precursor for antibiotics at the time), the combination of sulphur and mercury in her body caused a severe allergic reaction, so severe that Merle was forced to have three painful dermabrasion procedures in New York, flying back to Hollywood in a veil.

Desperate to still have the screen test, Merle convinced executives to see her. The notes from the screen test are damning though, with one executive writing, “her face has not yet healed up, close up and tests reveal a very bad skin condition, which makes it practically impossible to photograph her.”

In 1957, Merle married Bruno Pagliai, a rich industrialist who had houses across America and Mexico. Perhaps tired of the façade, Merle stopped bleaching her skin and was photographed in Mexico looking darker than ever before, which she did still put down to “that Acapulco sun”.

Merle’s third marriage was once again a fleeting affair, and during the filming of her own film Interval, Merle finally met Robert Wolders, who she would spend the rest of her life with.

Wolders was curious about Merle’s background and tried, in vain, to persuade her to take him to Hobart, Tasmania where she claimed she was from. Merle resisted but did accept an invitation to speak at Hobart’s town hall, where she was welcomed as the “daughter of Hobart”. Those in Tasmania believed Merle was the daughter of a Chinese laundry worker, a tale which even the family themselves adopted. Despite Merle’s birth certificate emerging in Mumbai records later on, many in Hobart still consider Merle one of theirs.

The trip to Tasmania was perhaps the breaking point for Merle. Terrified of talking to the press, she suffered migraines and heart murmurs during the trip. On the way to the town hall, Merle finally cracked, confessing to the driver that she wasn’t born in Tasmania but India.

Merle suffered heart problems up until her death at the age of 68, and passed without ever revealing to her loved ones the truth of her heritage. In 1985, Charles Higham published the biography Princess Merle where he pulled back the curtain on Merle’s life and revealed her true story. The same year, her nephew Michael Korda, would publish Queenie, a fictional story based on Merle’s life, which would later become a TV series, removing the stigma that Merle had fought her whole life to avoid.

As Mayukh Sen, a US-based writer and academic, so poignantly put it, Merle spent her life, “navigating an industry that wasn’t designed to accommodate her and producing such moving work while fighting those battles”.

Check Out When You Die: Varanasi’s Death Hotel
The Fantastical World of Mingering Mike, the Imaginary Legend of Soul 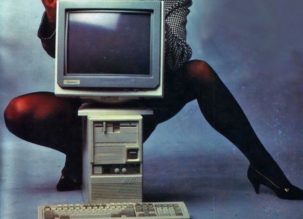